24-year-old Karl Benjamin’s journey into music has been a while in the making but it’s most definitely worth the wait.

From growing up singing Alicia Keys with his older sister to modelling for Vivienne Westwood, rising London-based star, Karl Benjamin, oozes an innate style and substance.

Having dabbled with music during his time in school, Karl’s musical exploration kicked up a notch when he attended Brighton University. It was here that he started a band, a venture that led him to get scouted by a modelling agency at Secret Garden Party festival. With his new vocation in the fashion world, Karl moved back to the capital where things with the band began to fizzle out. But music would soon find its way back into his life.

Before taking the plunge back into the music scene, Karl stated that he wanted to focus on discovering his own sound and image, as well as building a substantial portfolio of music ready for release. However, once he was ready to introduce himself to the world, life had other plans. Thanks to lockdown, Benjamin’s already planned-out route had now taken on a diversion.

2020 finally saw the release of Benjamin’s first single “Apricot Sky”; a rich, velvety vocal track, brimming with soul and full-bodied synths. This paired with a smooth, funk-filled baseline and the relatable lyrics of, “too much time spent in front of the TV” made for a beautifully constructed, gospel-inspired debut.

With a more regular flow of releases to be expected this year, its definitely worth jumping on board and taking a ride into Karl Benjamin’s world. Notion caught up with the nascent artist to discuss the importance of being patient in music, how he’s desperate to meet his audience and what we can expect from his first major project. 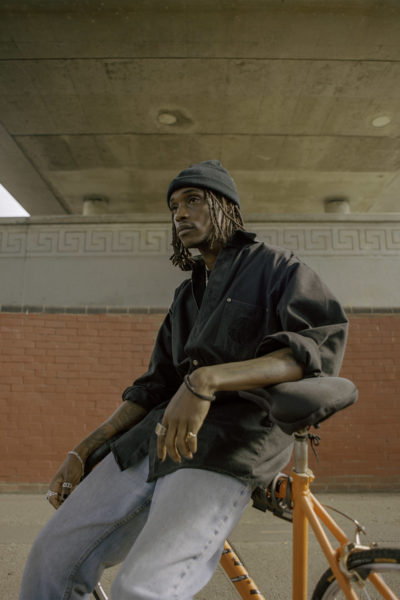 What are some of your earliest memories with music and were there any particular artists that were played around your house growing up?

Some of my earliest moments with music would definitely be seeing my mum and other family members dance to rare grooves tracks whilst cooking in the kitchen. There was always such a good energy always laughing.

Can you remember when and where your first live performance was?

My very first ‘live’ performance was actually a play lol. I think I was in year 9 or some shit and I played a king. But my first live musical performance would be singing for a music competition which I won at the end of year 11.

You spent some time playing around with music in Brighton whilst at university. Do you think it’s beneficial for some young artists to test the waters before fully sharing their sound; to explore different genres or work in a band as well as solo?

I feel like testing the waters when you want to create music is a must. It just helps you find new sounds to create and that’s only ever a good thing. But personally, I don’t think that the amount of ‘water’ testing you’ve taken part in should limit the amount of sound you share. If you wanna share your music, share your music innit. Let people know what you’re doing.

It seems like your musical debut has been a long time coming. Has it been important for you to not rush into things and wait for the right moment to put your sound out there?

Yes. Very much yes. When it came to releasing what i really wanted to be my staple and a part of initial growth as an artist, I wanted to release my favourite song, and then my next favourite songs and so on, but still making them make sense next to each other. Then in time my first body of work. I understand it’s a process, but sometimes I just wanted to release you know, not always making sure everything was secure for the long game. So waiting and taking my time has been, and forever will be, essential.

Being someone who’s patient with their music, has this waiting game during the pandemic been easy for you or have you still found it tough?

F*ck this pandemic man. It’s brought nothing but stress. But as much as its caused issues and detrimental losses that we just have to ‘deal with’, I have used a lot of my time to figure out what a going on in my brain dome. I’m actually learning to deal with my inner thoughts instead of pushing them down and subconsciously locking them away inside safes that even I don’t have the keys to lol. But I do wish I could be doing more with my music right now, like performing and all of that, I’m thankful that I have my audience, but I wanna see and meet them too.

How have these times changed your music, your approach to the creative process or as an artist as a whole?

Yes and no. I haven’t been able to do nearly as many sessions as I’ve wanted to, like at all. I’m someone who needs to be in the energy of the studio. Personally, I’ve found it almost impossible to come to terms with the idea of Zoom sessions. 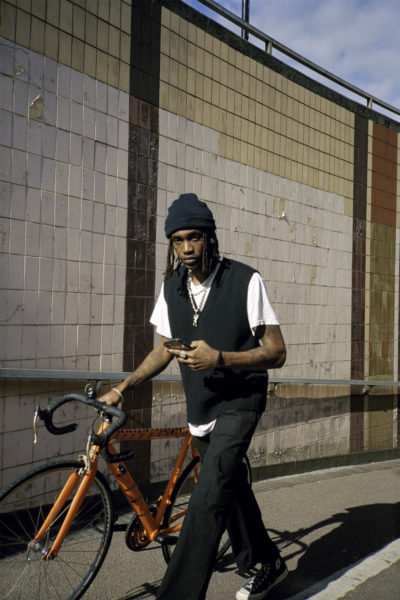 Was “Apricot Sky” always going to be your debut or was this altered because of its relatability to the events of this past year?

When I wrote “Apricot Sky”, I kinda always felt like it was gonna be one of my first releases. It took me a while to release it, but in that time, I just never wrote anything that I could see being my debut more than “Apricot Sky”.

It’s clear that you have an interest in style and fashion, from your time in the modelling scene to your fit in the video for “Apricot Sky”. What is your most favourite recent purchase and why?

Do you hope to more closely connect your sides of fashion and music in the future?

I never intended to stop modelling, and I’ll always love fashion, so yeah I’m hoping that one day I connect both sides properly.

Who would be your dream collaborator for a song? Past or present?

With live performances hopefully coming back into our lives soon, is there a venue you’ve always wanted to play at?

The O2 feels like a stretch atm, but we’re here to dream big.

What would the perfect Karl Benjamin concert look like?

A party from a movie.

Can you give us an insight into a debut EP? You’ve said that your sound comes with brightness as well as contrasting darkness. Is this something listeners can expect? Where would you like to take your music with your first major project?

Yeah, my EP definitely contains undertones of a darker less talked about self, despite the sometimes bright melodies against the quirky twisted production. I want my first major project to be a soundtrack to the film I see in my head.