Kayla Grace: “I Feel at Home on Stage”

Kayla Grace runs down her new single, the importance of collaborating and her upcoming headline London show.

Previously hailed as a Watford singer chanelling Avril Lavigne, Kayla Grace has already picked up a slew of high-profile fans. Previously supporting Baby Queen, the artist is returning with new music and an exciting live show announcement. Her recent singles mark the start of a breakthrough moment for Kayla, with a debut EP is in the works and a debut London headline show planned for early in 2023.

It was Kayla Grace’s summer single “nobody loves me” that saw her make a mark, with attention from the likes of Matty Healy of The 1975, DYLAN and Hugo from Pale Waves. Well deserved, her music navigates the issues that keep the artist “awake at night”.

Her new single, “Realign”, sees the rising artist lean into alt-pop tendencies, reflecting on Kayla’s relationship with her older sister whose disabilities meant that she had to move into a residential home to receive the care that she needs. The song’s visuals and artwork further these emotions, the latter designed by Emily Hoang using illustrations drawn by Kayla’s sister. Deeply personal and showing intense vulnerability, Kayla hopes the song can help people who have experienced similar situations to tell their stories and to try to make peace with their decisions.

We caught up with Kayla Grace to break her new single, the importance of collaboration, an upcoming headline London show and more. 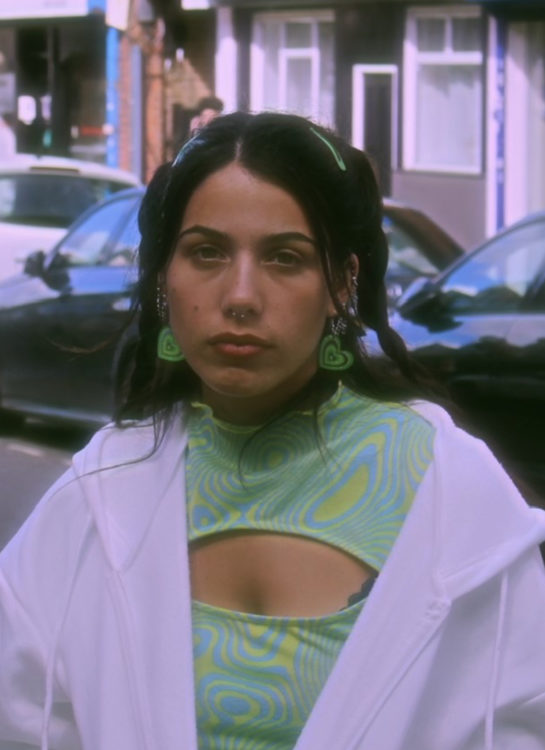 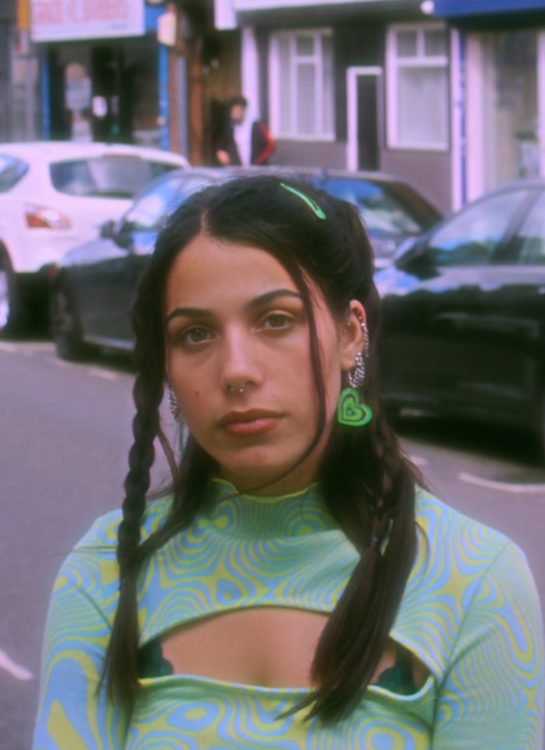 Hey Kayla, how are things?

You’re soon to release a brand-new single “realign” which you have described as a very emotional and in-depth track. Congratulations! What was the recording process for this?

Yes, “realign” is very close to my heart because it’s about my sister with a disability. I was hungover and anxious sitting with Mikey & Stefan (the co writers) ready to start something new and there was a loop playing that suddenly just made me think of my sister and I realised I hadn’t really written about something that had affected me so much. The song came together during the day after a few breaks to catch my breath because of my ‘hangxiety’ and emotions were really overwhelming. I re-recorded the vocals more recently and I feel like you can hear in my voice that I had processed the song and the topic a little more as it was less chaotic.

You’ve been compared to the likes of Avril Lavigne, Holly Humberstone and Olivia Rodrigo (among others), but who would you say are your top three musical inspirations?

It’s impossible to choose a solid top three but some of the ones I’ve been appreciating a lot at the moment are The 1975, Phoebe Bridgers and Nirvana. I feel like they’re the artists who I’ve spent the most hours listening to, so ultimately they influence my own writing a lot.

You’ve received  praise from Matty Healy, DYLAN and Hugo from Pale Waves – what was it like to see these artists praise you?

They’re all artists I really admire so to even imagine them listening to my voice means so much. I randomly was watching Matty’s story one day and just saw my face (he’d reposted a cover I did) and was just wowed because I’ve spent so many years idolising the 1975 and to know he liked it was very wholesome and fangirly for me.

This new single also sees you collaborate with Mikey Gormley – who you’ve worked with before, but what makes your sessions with Mikey special?

Mikey is literally amazing, I love him. Aside from his lyricism being unmatched and so clever, he is just a very caring and patient person. The writing session was very stressful for me because I was confronting a lot of feelings and I genuinely would not have been able to finish the song if he wasn’t helping me through it. He made it so special for me. 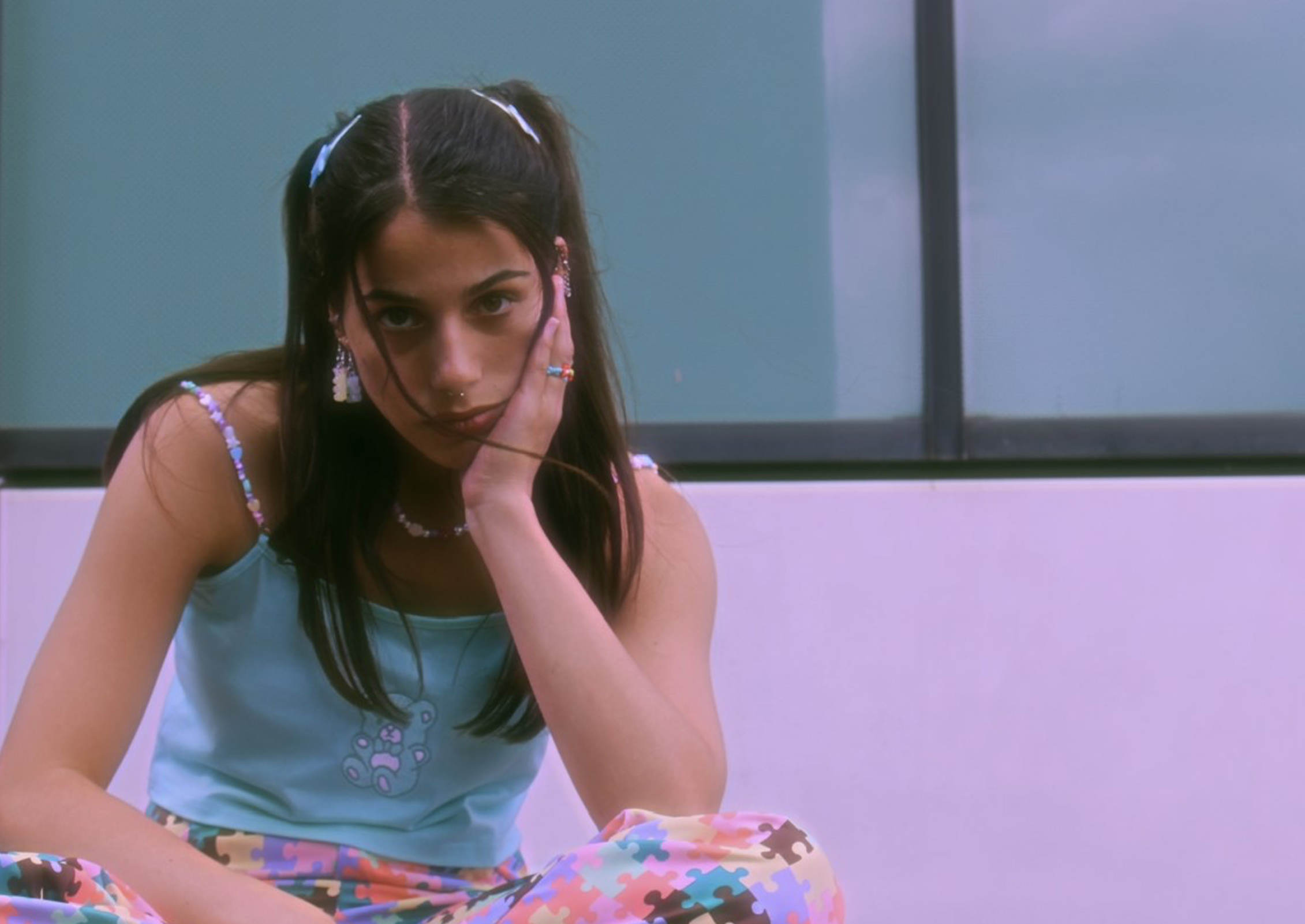 “realign” is produced by Stefan Abingdon (Selena Gomez, Jess Glynne), have you worked with Stefan before? If not, how was the experience?

I did a couple sessions with Stefan and loved his style of production, he’s also genuinely the nicest guy I’ve ever met in music and his energy is so infectious so I just wanted more. He brought the song to life and was again so patient on the day of writing.

Is collaboration important to you?

Collaboration is so important to me because I just love a big combo of talent and it feels like a wholesome little team when you’re working on a song you all love.

You’re currently working on your debut EP – what are some of the themes highlighted across this project?

The EP really reflects on themes of childhood trauma and navigating teenage years. It pairs fun and playful vibes with brutally honest trauma dumps about the complications in my childhood and everything since.

Next year sees you play a debut London headline show, are you excited? Does performing come naturally to you?

I’m so excited but that’s all I’ll say. I feel really at home on stage because it gives me this weird confidence to talk about things I wouldn’t dare touch on in my normal life.

What’s next for Kayla Grace?

More music really and the EP! I’ve already started writing loads for things after the debut EP and I can see the worlds being created. It’s so fun!