Born in Grand Rapids, Michigan, Khadi Don first found an online presence through the once hugely popular 6-second video platfom, Vine, as well as Twitter. She has been entertaining the internet since 2015 with viral comedic short-form videos and has never looked back.

Khadi found a knack for pulling the humour out of pop culture and transforming into multiple characters, finding great success – especially with her impersonations of the iconic musician, Mary J. Blige.

With fame mounting, Khadi decided to make the big move to Los Angeles to further pursue her comedy and acting career. Luckily, the gamble paid off and led to features on multiple online and network video series, including Complex’s ‘Dumb as Hell’ series, All Def Digital’s ‘Truth Be Told’ and TBS’s ‘Drop the Mic’. 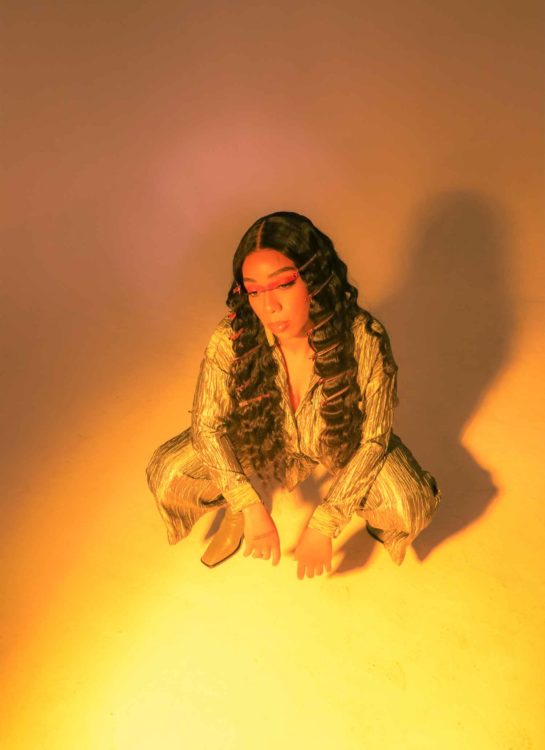 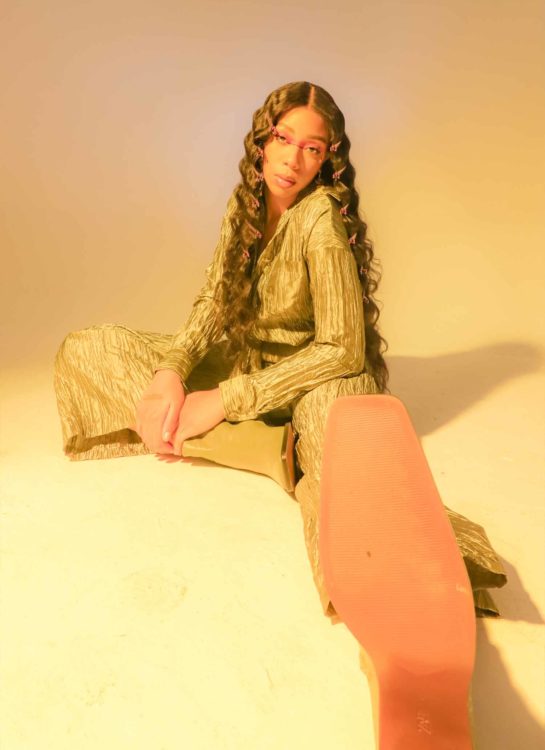 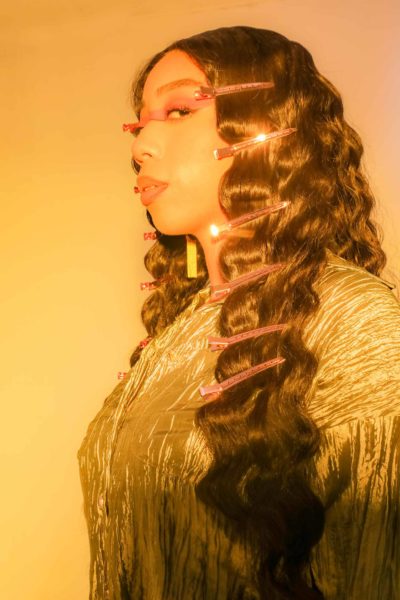 Now boasting an impressive following of over 4.7m across multiple social media platforms, the multifaceted entertainer is not confined to one single lane. From Vine to Instagram to TikTok, there’s no doubt that Khadi Don has grown a rabid fan base that follows her every move.

Notion caught up with Khadi to chat about how the internet and apps have shaped comedy, how as a Black woman, her content has altered during the past year, and what new avenues she’s looking to explore in the future. Jump in!

Who are some of your biggest comedy and musical influences that have shaped where you are today?

My biggest influence that shaped me the most is Dave Chappelle. I grew up watching his shows and stand up. Honorable mentions are Eddie Murphy, Bernie Mac, and Kat Williams. Musical influences are Erykah Badu, Jay-Z, Michael Jackson, India Arie, Beyonce, Missy Elliot, Andre 3000, I could go on and on. And of course Mary J Blige.

As someone who’s been sharing their content online for a few years now, how do you think the internet and different apps have shaped comedy? How we consume it and what is considered funny?

I’ve seen every angle of online comedy. From 6 seconds to 6 minutes. To jokes with a punchline to jokes that make absolutely no sense. I believe the internet allowed different styles and approaches of comedy that is pleasurable amongst all people. There’s so many content creators that it’s hard to not find something that makes you laugh. I think it shaped comedy in a way that allows everyone to be vocal and creative no matter your race, gender, or beliefs. 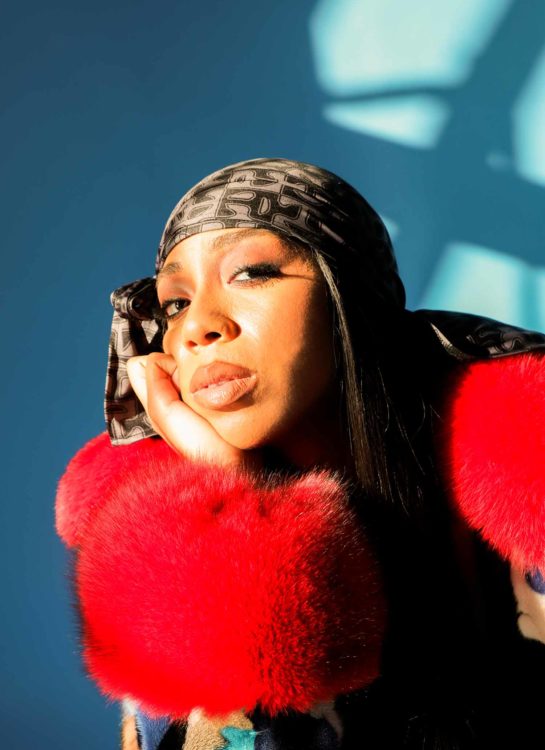 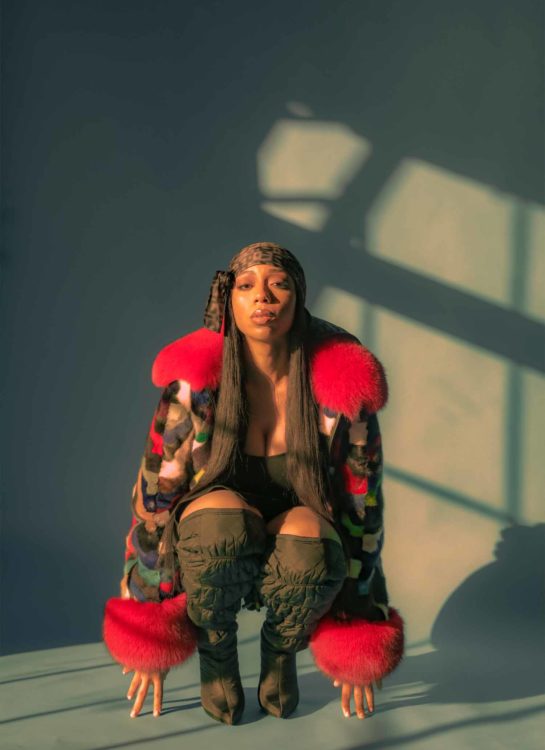 How do you feel the content you put out has altered during everything that has happened this year in particular, especially as a Black woman?

My comedy became more vocal about events that are occurring in the world and brought awareness in a comedic form. For example, I did a video on how “Karens” treat the Black community. It can be seen as funny but there’s still a message to it and will be seen by the millions. I also shared my own personal views and extended information that was outside of comedy. My content altered in a way that yes life is funny but life is also real and is in a very sensitive place so laugh but also be aware. Be awake.

Which of your videos has been your favourite from 2020?

My favourite one was a parody of the rapper Boosie. I love to do improv and character impersonations. 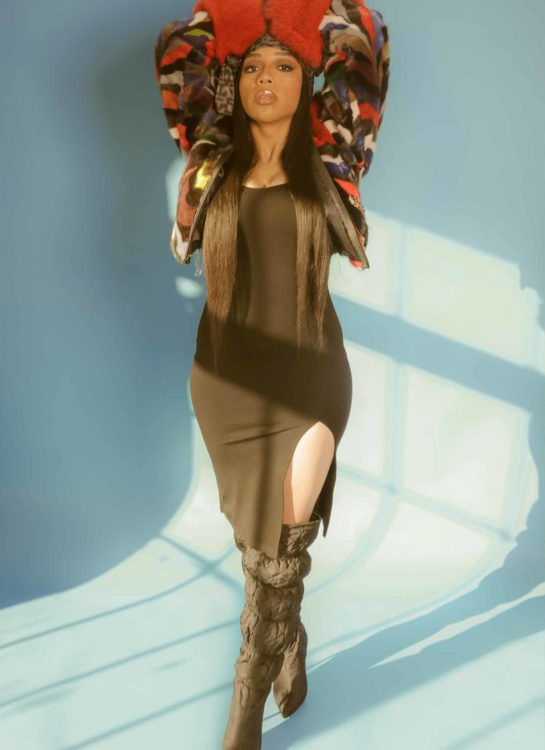 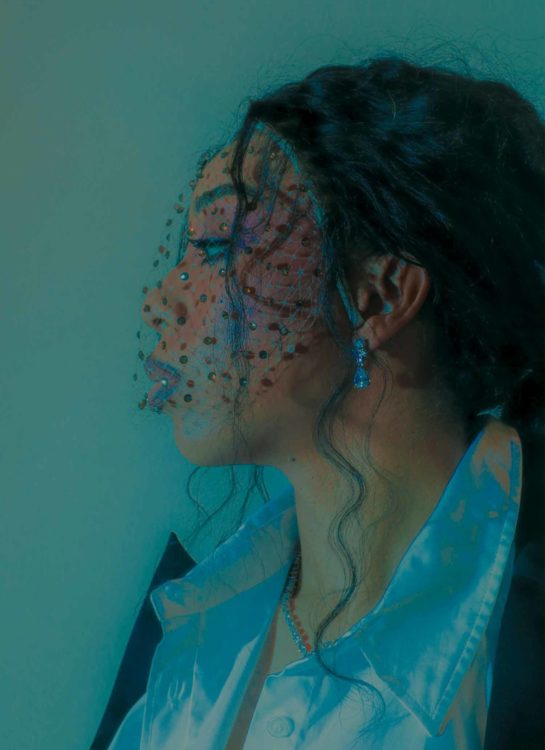 Is there any impersonation that you’ve always wanted to do but been too afraid to try?

To be honest, no, there isn’t any. There are some that I don’t do because I can’t get the voice all the way right. But for the most part, I’ll do anyone – man or woman.

Who would your dream collaboration be with for a video?

Mary J Blige. When I started out on Vine I would always dress up in my mom’s clothing and emulate her. I’d love to do a dance video with her. Also, Dave Chappelle is a big dream. I’ve always wanted to do a “Chappelle Show” style skit with him with my flavour added. 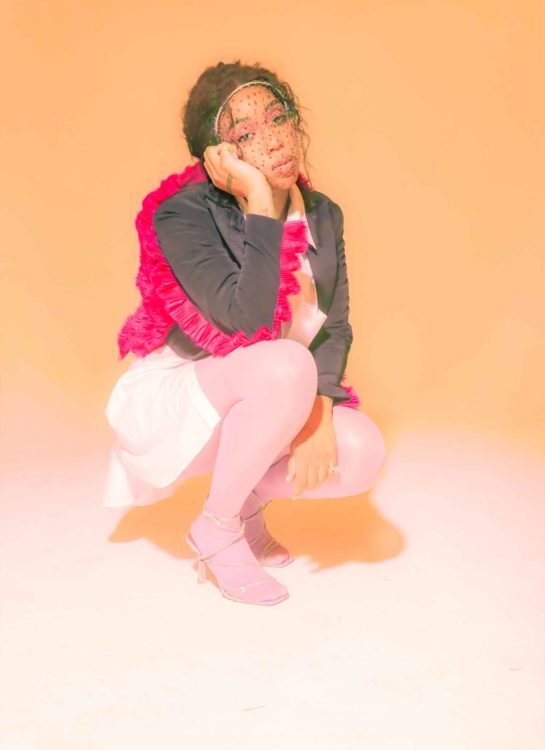 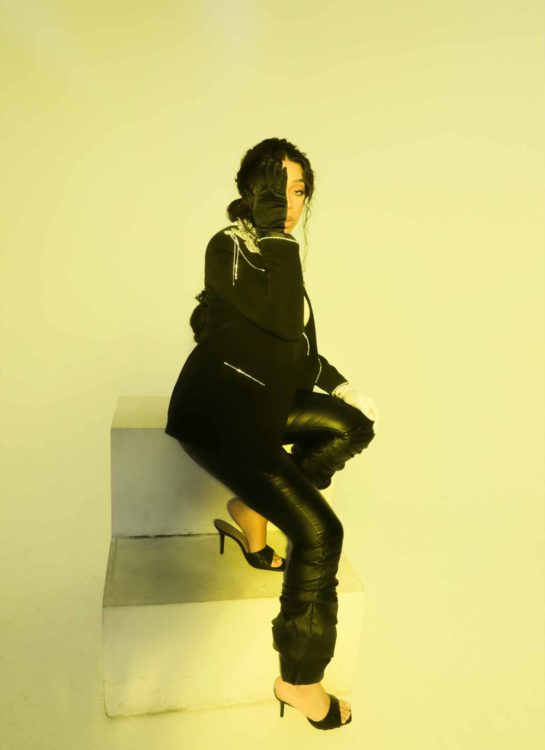 You’ve worked with Air Jordan recently. Can you tell us how that came about and what it was like? Have you always had an interest in basketball?

That’s been one of my favourite collabs with a brand thus far. The shoot was super fun with so much positive energy and a full woman set. It was surreal because I grew up with Jordan being a big part of my life – from the fashion to the actual sport. Yes, I love basketball! I’ve played competitively since a kid to college. If I wasn’t in entertainment I’d be overseas playing or [in the] WNBA.

Are you looking to explore any other avenues in the future besides comedy and music?

I am! Fashion and art. I love Art with a passion, I studied fine arts in college and it’s one of my secret passions. I’m also super into fashion – especially London based. I used to customise shoes and clothing when I was in high school as a source of income and a hobby. Of course real estate and stocks but that’s a whole other conversation. 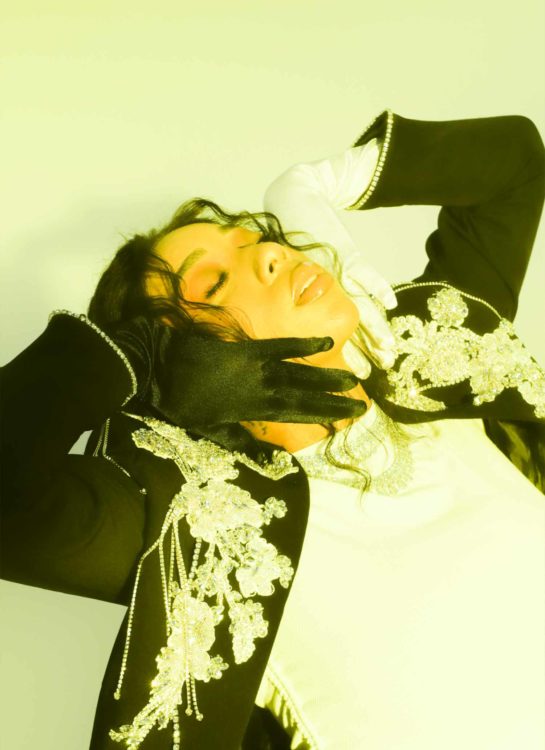 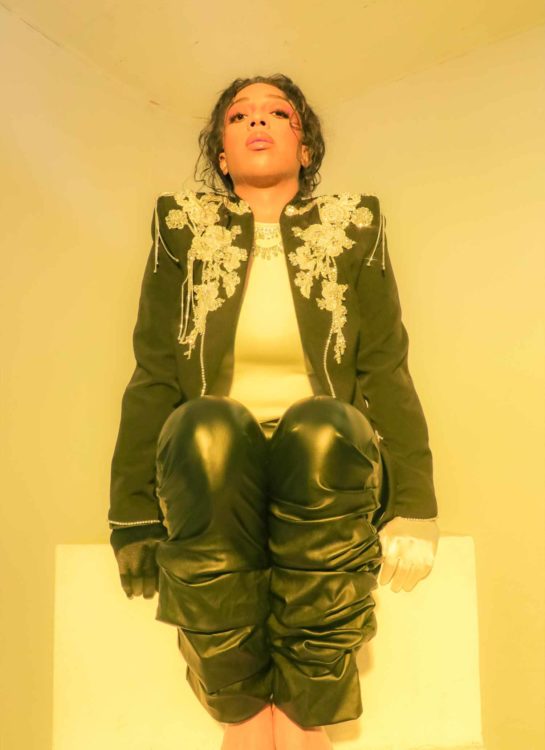 People have had a lot of extra time on their hands over the last few months. Have you picked up any new interests or hobbies?

About a year ago I bought an electric guitar, so I’ve been hands-on with that more and learning how to play. I’ve become super interested in the stock market; I’m constantly studying and reading books on it. I’ve been watching some anime and a lot of cooking shows. Pre-quarantine I would cook somewhat but now I’m becoming fascinated in the art of food itself and the different cultures.

The real question is what can’t you expect. But I’ll say just expect the unexpected. There’s more to me than the comedy videos I post. 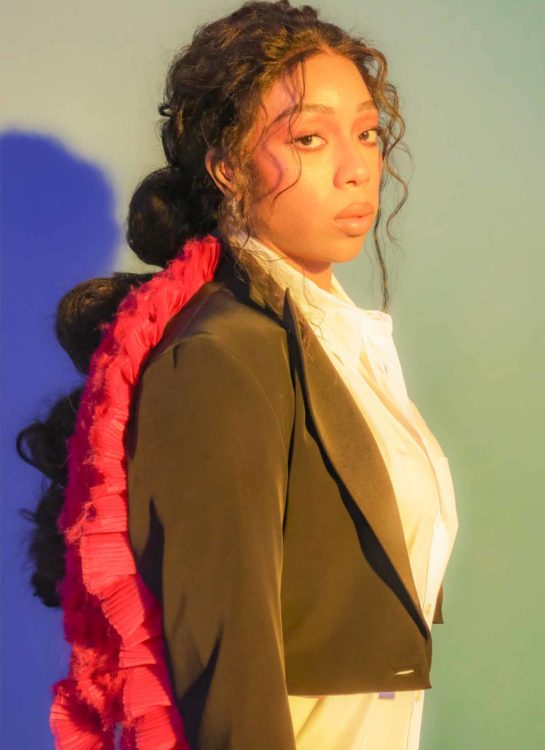 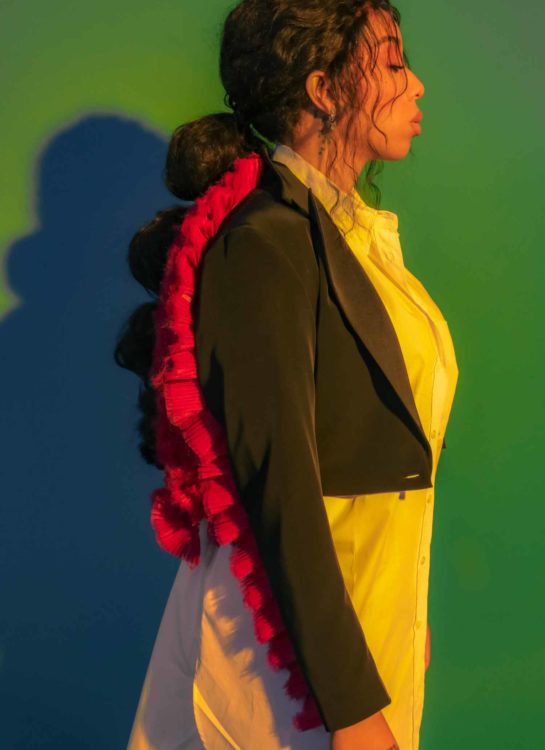