Notion chats with the rising pop talent, KiD RAiN, about his new track, "Sole Of Your Shoe" and musical journey so far.

KiD RAiN has had an exciting year. After experiencing a whirlwind of success after his version of “Accidentally in Love” saw his streams rocket into the millions, he kept up the pace with his original upbeat pop hit “Magic”. With over 250 million views on TikTok and counting, KiD RAiN has proved he is here to stay.

Now, KiD RAiN demonstrates his scope as an artist with his latest release “Sole of Your Shoe”, shimmering with his moving vocal performance and relatable lyricism. With each release, KiD RAiN is immersing himself deeper into the creative experience. He co-wrote, co-produced and mixed “Sole of Your Shoe”, working with the Grammy-nominated Mitch Jones who has worked with Ed Sheeran and Tom Misch.

Speaking on his latest track, KiD RAiN explains: “This is without a doubt the most honest and vulnerable song I’ve ever written. The idea of releasing it scares me to death, which obviously means I’m the most excited I’ve ever been to release a song. I’ve been screaming it in my car since I wrote it, I’m excited for the world to be able to scream it too.”

With KiD RAiN’s debut headline performance coming up on November 25th, you can catch the UK’s latest popstar in the flesh. Notion chats with KiD RAiN about “Sole Of Your Shoe”, where he finds inspiration and what’s next for the artist. 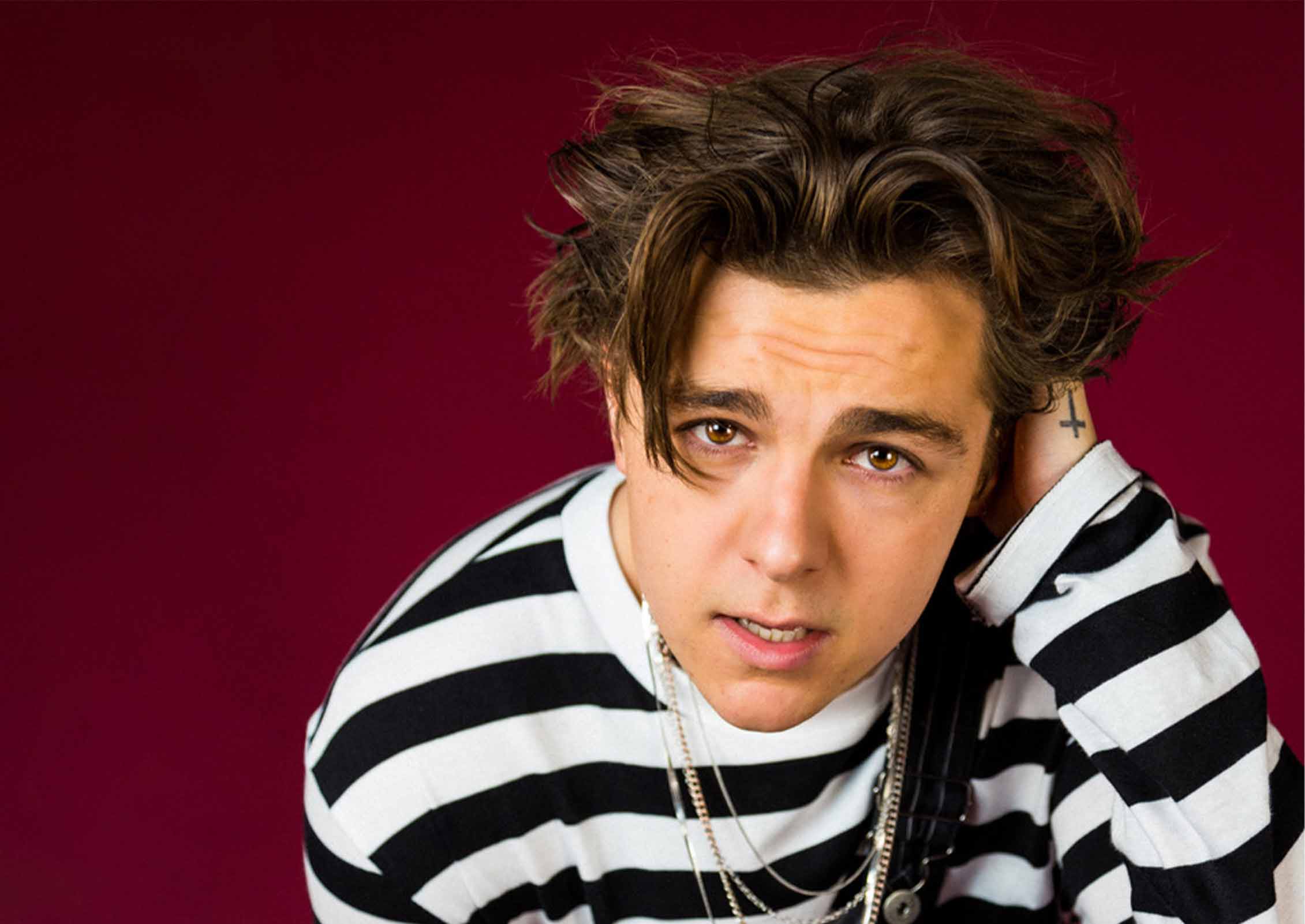 Congratulations on your new single “Sole Of Your Shoe”! This is your most vulnerable release to date. Can you tell us a bit more about the single and what inspired it?

Thank you so much! This is a special one, my first proper original ballad. It’s going to get a lot of people in the feels I think. I’d just finished off a writing session with Mitch Jones (Ed Sheeran, Mahalia, Tom Misch) writing my previous single Magic and we thought we’d switch it up and write something super emotive. I’d had this lyric in my notes for ages:
“I’m one loss away from being a loser
I’m one drink away from being a drunk
and I’m one no away from being the dirt on the sole of your shoe, but at least, then I’d be close to you”
So we built a song around it and I’m so proud with how it turned out.

Can you walk us through your musical journey and how you got to where you are today?

I played all sorts of instruments growing up (no, not just the recorder… although I slayed Hot Cross Buns). I started to learn the cornet when I was 6, the guitar at 9, then taught myself the piano as a teenager! I first remember being really passionate about music playing in a rock band at school, which then grew into songwriting and production and building my own home studio! I launched the KiD RAiN project in April 2020 and have released a load of singles, finding a few hundred thousand listeners along the way and then signed a publishing deal with the legends at Peer Music! I’m loving the journey!

Who were your musical heroes growing up?

Matty Healy and Chris Martin are all massive inspirations of mine but Ryan Tedder has probably had the most affect on me. On my lunch break at my first job I used to watch every Youtube interview I could and take notes on everything he said, I love his approach to songwriting and production. I have signed posters of One Republic and The 1975 in my room! When I was a young teenager is was All Time Low and Busted, I loved their melodies (before I knew what the word melody meant) and how much fun they seemed to have making music!

How has the past year and a half been for you as an artist? How did the pandemic affect your creative process?

The last year has been absolutely mental to be honest, especially if I look back 12 months ago today and compare it to now. A lot of hard work, a lot of lessons, a lot of music, a lot of TikTok videos! There have been some great moments but it was hard to always stay inspired because I would just spend every day in the studio, there was nothing else to do so it got too repetitive to be inspired all the time. I also managed to find time to be creative on TikTok which in turn found me a big family of people who seem to like what I’m doing, I’m excited to keep continuing the story!
What’s your method for songwriting? Where do you usually begin?

It can come from anywhere, a lyric, a chord, a sound, a vibe. For Sole Of Your Shoe it was the lyrics I mentioned earlier. I love to be able to take something small and develop it into a full production!

I wrote my last single in the back of a taxi after going on a walk with a girl in London. This idea for a topline came into my head opened my voice notes app and it just came out! You can hear it in this TikTok here!

With your debut headline show coming up soon, what can we expect from a KiD RAiN performance?

I’m feeling unbelievably excited to play my first show and meet all the INCREDIBLE people that have been supporting me over the last 18 months. It’s gonna be high energy, anthemic and emotional all rolled into one. Oh, and we just took delivery of loads of t-shirts we’ll be giving out for free to anyone wearing dungarees [laughs]. If you know you know.

What is a career highlight of yours so far?

My cover of “Accidentally in Love” completely took me by surprise. I never intended on releasing it but you can’t say no to the people!!! It’s now past 250m views on TikTok with over 70k people using it for their videos. Khloe Kardashian even shared it on her Instagram. Mental!!!

What is something you would like to tick off your career bucket list? Any dream collabs or places you would love to perform?

Finally, what’s next for KiD RAiN?

I have so much music I can’t wait to share with everyone, this is just the beginning, I just hope everyone wants to come along for the ride.

Listen to KiD RAiN below: