Remodelling the traditional approach to music into a vibration that sits somewhere in between her own dimension and the future, Kilo Kish has built a sound that’s constantly evolving; not one song or concept repeats itself, which in this era of “popular” music is rare to find.

Starting out as a design student, over the years Kilo Kish has accumulated a variety of skills that’s enabled her to stand at the forefront of her own creations. Working in a variety of different mediums from fashion, film, and visual art, to collaborating with the likes of Childish Gambino, Gorillaz, and Vince Staples to name a few; Kish’s visual art has also been exhibited in various places including The Getty Museum, LA’s iconic HVW8 galley, and The Hammer Museum – the embodiment of a jack of all trades.

It’s been seven years since her last album, ‘Reflections in Real Time’, and it’s safe to say a lot has changed since then. Amongst stumbling into a global pandemic and growing her own dainty vegetable patch on the patio, the ever-growing prodigy has created an album that rips off any genre restraints and plunges you into her world. Submerged into futuristic synths and cinematic beats, Kish explores topics of identity, societal issues, and more in this unpredictable project.

Notion got the chance to catch up with Kilo Kish on a bright afternoon for a chat about her latest album ‘AMERICAN GURL’, futurism, being at one with nature, and much more. 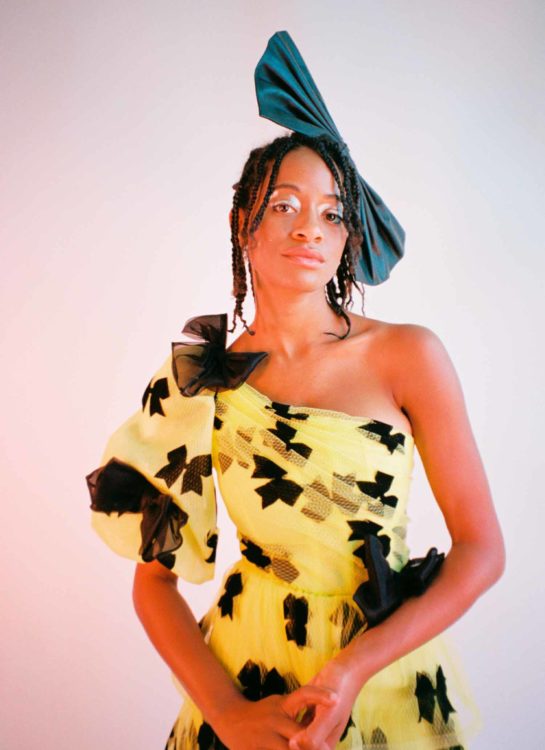 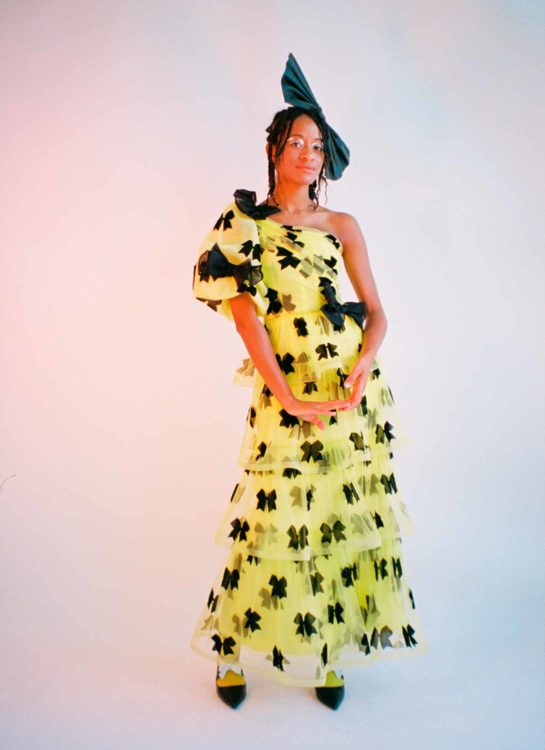 The title of this album can be interpreted in many ways; everyone has their own ideology or picture of what an “American girl” is. When thinking of this title, what or who came to mind as a reflection of this project?

I wrote this album when I was very burnt out and I felt very restricted in terms of how people saw my work. I was fighting against labels as to where my work should fit and constantly being asked the question of what genre I am. Now, it’s more common to have multi-genre sounds but it’s always been a case of “Is she pop? Is she this? Is she that?”, not only that but what is expected of artists and creators nowadays in terms of how much content we are asked to produce – I was tired! I didn’t want to be limited by any of that. With the name ‘American Gurl’, I wanted it to de-toxify from a lot of things that I thought were important over the years. It’s letting loose of all those labels and titles, through a title that is so open to interpretation from so many different angles. It’s one of those things that means everything and nothing at the same time. You can decide for yourself what this title means for you, but for me it’s an umbrella to explore beauty, excess, wealth, American pop culture and reflecting it back to things I’ve grown up seeing.

You’ve previously said that you see this album as a continuous conversation from ‘Reflections In A Real Time’ – obviously your creativity has since evolved but in what ways do you think they join together?

A lot of my work is heavy. It’s centred around how I am feeling; it’s an internal dialogue. ‘Reflections In A Real Time’ is a microscopic look into how I think and ‘American Gurl’ is me looking outside of myself at the people around me, it’s a lot broader. The previous album was a deep dive and this one is much looser and open to interpretation. It’s not hitting you over the head with my themes so much. Both of the projects play with deep are funny in a way, they have quite a lot of dark humour in them.

Do you think that’s come with age? As you get older you tend to care about a lot of things and loosen up in general. Whereas, when you’re younger you tend to analyse every single aspect of your life.

Yeah, I think so! When I was younger, I wanted things to be an exact way and as an artist you feel like you need to stand for a lot of things. As you get older life becomes more humorous sometimes. It gets darker but you are able to deal with things a lot better as opposed to when you were younger. I want to ask other people what this title means to them, it’s essentially a springboard for people to explore stuff instead of me trying to give you my perspective on it.

One thing I noticed about your album is the features and how they fit into the song. The traditional approach of a feature is for them to take a verse in the track, and you surround it but throughout your album, they merge into the production and almost become part of the identity. Can you take me through your approach with this? It’s very refreshing to hear!

Me and another collaborator that I work with a lot, Vince, do this and we add people to create richness to the song. Normally I would do all my songs myself and add people when it needs additional layers, sounds, or voices. They are more of a production than an actual feature. Kanye West does that a lot to! I like to do my real featuring on other people’s music so then I am really able to jump into their world. When I do my own projects, I’d like them to jump into mine rather than just filling a hole in the track. Some tracks are so predictable because you know when the verse is going to come in and that works but there are so many other ways in which you can collaborate.

You’ve spoken previously about futurism and how you prefer to work with creatives who have that same outlook. Not everyone is blessed with this, and some artists can find it particularly hard to escape an album or chapter that “made” them, whereas you tend to keep on going. Do you think this approach helps you to reinvent yourself and in turn break any genre restraints?

I have mixed feelings about it, like you said it can be really hard for people to know where you’re going with it if you are constantly changing. Naturally my creative way is to want to keep pushing forward, if I’ve done something I tend to ask myself “What else is there?”, and it’s not always the best approach for growing a fan base. Whenever I create a sound, I leave it immediately before I can even put a stake in the ground. I’ve just accepted that that is what I want to do with my career. If the toss up is not everyone following you into the next phase, some people might only like my rap music and that’s fine. I like exploring and if it doesn’t allow me to be as huge as I can be, it’s better for me to keep growing instead of staying in the same realm.

I definitely get burnt out often and I have to reinvigorate myself but it’s also because I do all the creative for my projects so it’s a lot of additional work. The most draining part is the limitations of people’s perspective on what they think is possible with you. I am able to come up with the ideas and only so many people are able to accept them. I can only go as fast as allowed in a way. I get more drained at people not understanding what I am trying to do because it’s new! I wouldn’t trade it because I like to explore, ask questions, and find new roads!

On the album you’ve made a part three for ‘Distractions’ which previously featured on your 2016 album. How has this track evolved over that period of time up until now?

In terms of themes, I am realising that there are specific things that I like to discuss in my music and a lot of it is my day-to-day interactions with people that I meet. It’s my way of articulating conversations that I have had or how I translate people into songs. To me ‘Distractions’ are pieces of random conversations I have had that I find interesting. ‘Distractions III: Spoiled Rotten’ is more so about Los Angeles, the types of dinner parties I have attended or conversations I have overheard where rich people are discussing the things they would do or change. It’s not a diss in anyway to anyone but it’s my distillation of them as people. ‘Distractions I’ and ‘Distractions II’ are about boys and parties and this one is about the obsession with beauty and wealth.

Are there any tracks on this album that challenged you in any way?

The whole album was challenging for a lot of different reasons; one, COVID came as we were in the middle of making it and that made the project take a lot longer than it should have. I started re-working things that should have already been out or changing things that didn’t need changing. Performance wise it was a lot more challenging because I did a lot more singing than I had ever done so it was a different usage of my voice. Gelling the project together was hard because there are so many different genres bouncing off of each other, so we had to make sure it felt semi cohesive.

How long did it take to put together?

I actually started it in 2019 and then I made ‘REDUX’ for my label situation, so I made that in the middle of making this, put that out and toured it. I got back home and the whole world pretty much stopped. I worked on it in spurts so if we put all the time together probably 6 months, but it wasn’t a continuous stretch!

What do you like to do in your spare time? What makes you happy?

I like plants and animals! Throughout the pandemic I became obsessed with the idea of having a small farm! I’ve been growing a lot of stuff on my patio; I grow potatoes, kale, tomatoes, and all of these things that I was never doing in LA before. I really enjoy being in nature and going on road trips!

What else can we expect to see from you this coming year?

I’m not sure about this year but me and my friends are currently writing a television show! A lot of other little projects but I will share more later!