King of the dance: Kranium on taking dancehall global, Carnival and getting into grime

Kranium is a man that knows a thing or do about the dance, ahead of Notting Hill Carnival this weekend we caught up with the Jamaican MC to find out about doing dancehall all over the world and what makes the perfect sound system.

Thanks to his upbringing in Jamaica and then Florida and New York, dancehall don Kranium has woven together a truly international brand of the hard-hitting, high-energy Caribbean artform. Of course, a rich Jamaican and Caribbean history forms the backbone of his sound but his globetrotting youth opened his eyes and ears to the sounds of grime and garage in the UK, hip-hop in the States and just about anything that moved him. In fact, the very idea of a being a purist seems unthinkable and backward to him. As all good MCs should, he’s a charming and engaging self-promoter, but always with a knowing wink. It is, however, when he discusses other artists and other cultures that he becomes all the more excited. Past collaborators like Chip and Wretch 32 get him particularly fired up, and he remains keen to praise the sound system cultures of other countries like the UK and Denmark as well as his home country of Jamaica.

That said, his devotion to the revered lawn parties – the outdoor soundclashes and dances of Jamaica – will always be strongest. As Lloyd Bradley told us in his 2000 chronicle of Jamaican music, Bass Culture: When Reggae Was King, those lawn parties aren’t just for Friday and Saturday nights; they literally never stop. Even, as Kranium puts it, “even your mama and your grandmother on a Sunday. She might not even be into dancehall or reggae, but she’ll have the volume up high while she cleans the house.”

Ahead of Notting Hill Carnival this weekend, we caught up with Kranium to speak to him about his international youth, his passion for other cultures and how to craft the ideal dance.

You moved from Jamaica to Florida when you were quite young. How was it making that move at such a young age?
“It wasn’t that bad, because I was younger. So it’s not like I had a choice. It was more my parents decided to migrate, so I had no choice but to make that move. What I can actually say is that it widened my mind because I got to experience two sides of childhood. I moved when I was about 13 years old so I got to experience childhood in Jamaica and then the rest of my growing up experience in Florida. But then I would go back to Jamaica and go to New York also because my mother was in New York. The experience was incredible because I could be exposed to so many different sounds. I got to know what the American kids like, what the Jamaican kids like, what all these different cultures like. The funny thing was I always wanted to do music since I was about 10 years old. I always knew what I wanted so it was an amazing experience growing up in all these different places. I’d been to like six different high schools so I try to always use that in my music. So when I use certain words in my music then people from Jamaica can relate, people from New York can relate. These things that are used in these different places.”

It’s definitely given you a real international sound.
“Most definitely. Naturally.”

It’s a little while ago but you performed Mixpak at Red Bull Culture Clash. How was that performing to such a huge crowd in the UK?
“It’s a great thing, man. At the end of the day it gives me an opportunity to expand my brand so the whole world knows my face and knows who Kranium is. Just to be there with everyone that was on stage and to be part of such a big line-up. It’s amazing. I get to see all the joy on everybody’s faces. I’m a guy that moves off energy and the energy was great in there. The vibe was right. We created chemistry. We created friendship. I met a lot of people I’d never met before that night and it was a great feeling. I was more into the happiness and the connections than getting paid for the shows.” 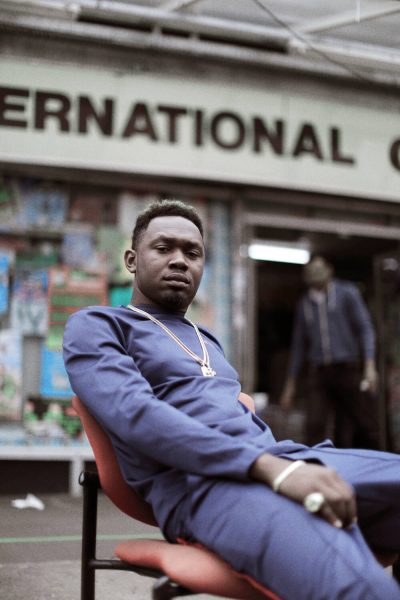 What makes the perfect soundsystem dance?
“What makes it perfect for me is that the music has to be right. It’s very important. The space has to be kicking. As long as I can hear some bass and see some short shorts on some nice girls! There’s nothing else that matters to me. Some nice bass, some nice girls in some short shorts and some food to eat then mi good. That’s what it is [laughs].”

We’ve got Notting Hill Carnival coming up in the UK very soon. Have you been before?
“Yes, I’ve been there once – I think it was 2014. So yeah, I’ve experienced it before.”

How did it compare to carnivals in Jamaica or the New York block parties?
“It’s cool. It’s very close. The vibes is the same. It’s all about music and life and experiencing music and culture from all over the world. It’s not really far from what I’ve experienced in New York City. Labor Day Weekend – that’s our Carnival. It’s very similar – the music is fine and nice. You spend your whole time walking past all different people hearing all different languages from all over the world. Different music, different food, different people, different vibes. But it’s all the same!”

Will you be there this year?
“I’m supposed to. I’m not sure yet. But 100% definitely want to go! Most likely it’s gonna happen though because I always get what I want! If I want to do something know that I’ll just go out and do it and make it happen myself. So I should be there!” 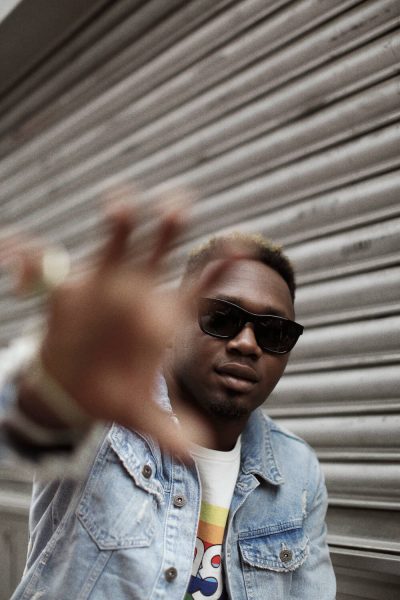 Besides UK, US and the Caribbean, where are the other good spots for sound system culture or dancehall?
“Most definitely the African vibes is nice. Ghana, especially, the vibes is very good. Canada, definitely. As you say the Caribbean and the UK are the best, but so far I’ve experienced in many, many places and it’s been good. Funnily enough I was in Denmark recently and the sound system was very, very good actually. From what I’ve experienced, going on the roads so far, I’ve had some nice encounters with some great party vibes. For me, when you’re putting on a sound system I mostly judge the outside. I don’t really like the inside club. I like the outside dance with the big sound system and lots of food and that type of thing. That’s my sound system vibe. Even now sometimes in a soundclash, nobody know I’m there. So I like to go to a soundclash and just watch. I like that. It’s very important for the culture. It’s very raw and it’s a rich culture. It’s something I don’t think will ever die or could ever die. It’s one of them tings where as a youte, growing up in the culture, whenever my artist friends mention they’re going anywhere, the first thing I think about is where it’s going to be. Jamaica is the only place with the proper lawn parties. Every day. Even your mama and your grandmother on a Sunday. She might not even be into dancehall or reggae but she’ll have the volume up high while she cleans the house. It’s very important to the culture. When I was a kid growing up I remember my grandmother every Sunday we had the music LOUD! Whatever she’s playing she’s playing it loud. And then you go over to your friends and they’re cooking something nice and the music is loud as well. Or in the little square in your town they might have a pot on cooking chicken and rice and the music is loud! It’s always loud music. The guy driving the bus to school has his music on 100! It’s a very musical place.”

You’ve collaborated with a few UK artists already, like Chip and Wretch 32. Are you a big fan of grime? What are your thoughts?
“Yeah, man. Huge fan of them. Matter of fact, I just did a feature with my man Kojo [Funds]. To be honest, I’m a huge fan of music in general. Anything that sounds good, I like to be a part of that. I take music very, very seriously. I don’t think people appreciate that I really take it very seriously. I don’t care what genre it is. If it sounds good and it moves me then I always try to be a part of it. I always want to add my melodies and my sound to it. Music is a universal language. If I hear something that sounds good, I have to be a part of it. I’m a huge fan of Chip. I was a huge fan of his way before we did that. I was always abroad watching him slowly growing and then I had a chance to be on a feature with Chip and I end up being on a record with Wretch and Kojo also. But I’m a big fan of grime. I love the movement and I vibe off it. I like the fact that the UK have their own sound, you know? They don’t sound like nobody but themselves. The music is dope and the production is sick. I like watching every artist that is doing it right now. I love it!” 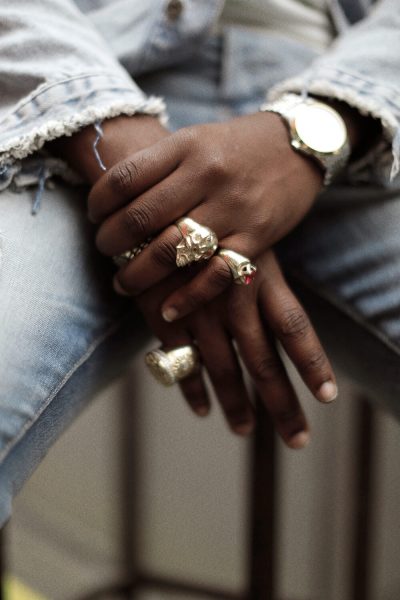 Is it going to be an EP or a mixtape?
“To be honest with you, it’s going to be an EP but right now we’re talking and I’m like “Yo, I think I need to add more records to it”. It’s an artist thing. Sometimes you think it’s done and then you hear something or you try something and you think I have to put this on there. I’m not totally 100% sure what it will be just yet but I can say for certain that it will be called ‘The Sparks’.”

Anything you want to add?
“I just want to say thank you the UK and to the fans. Long live reggae and dancehall!” 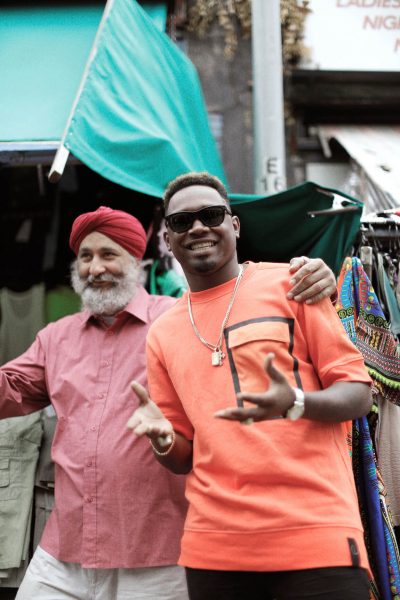