Trying to relate to a superstar artist can be a tedious excursion. These people are living a life that, to the rest of us, is merely a far-flung fantasy; a life that is utterly incomprehensible until you actually find yourself living it. In an entertainment industry scorned by greed, image-obsession and commercialism, it’s vitally important to celebrate those who defy the plastic flowers laid out in front of them, and instead pick out their own naturalistic bunch. Meet Kota.

When Kota the Friend bleeds, introspection oozes out, dripping down onto the poignant canvas as he paints a warmly relatable depiction of the triviality, romanticism and ambiguity of existence. The Brooklyn native has been quietly building one of the industry’s best modern rap discographies as a wholly independent artist, refusing to be tied down stylistically, unveiling dependable, dulcet and distinctive bodies of work that cascade quotable bars and heartwarming cadence.

An artist whose emotional and intellectual currency far outweighs the riches of fame and success, Kota sits atop a throne of purity, graft and skill. Floating in sublimity through his own sonic and ideological stratosphere, Kota has reached an apex both professionally and personally where no one can touch him, expressed fittingly on his uplifting recent single ‘UP!’. The cut, which sees Kota in a celebratory mood, defiant against judgement, refusing to be anchored by adversity, was the first entry into Kota’s new sonic diary ‘MEMO’, which has – after much anticipation – finally been released.

The album is gentle, intricate and touching. It’s sunny afternoons with the odd cloud, a sweet cup of tea, a countryside car ride with the windows down. A climatic moment for him in many ways, on ‘MEMO’ Kota has mastered the art of poignancy, reaching out beyond the mic and placing a hand on the listener’s shoulder, smiling sincerely as he guides them into a richer sunrise.

Joining me via Zoom from across the tempestuous Atlantic, within minutes of our discussion it is clear to me that the rapper is just as wholesome a persona as he construes throughout his music. Weighed down by the flu and with his dogs scrambling all over him fighting for attention, Kota still manages to consistently stimulate and compel me through his ideas and opinions. As I find myself in quiet awe, I realise that at no point does it feel like Kota is selling himself to me. Humbleness can oft only arise once self-confidence has been realised and accentuated. This is a man who believes in his art and his ethos fully, yet remains affluently objective to the bigger picture. He is grounded in his reverie.

Notion spoke to Kota about ‘MEMO’, his motivations to create, being honest in his art, and being poised to begin a new chapter. 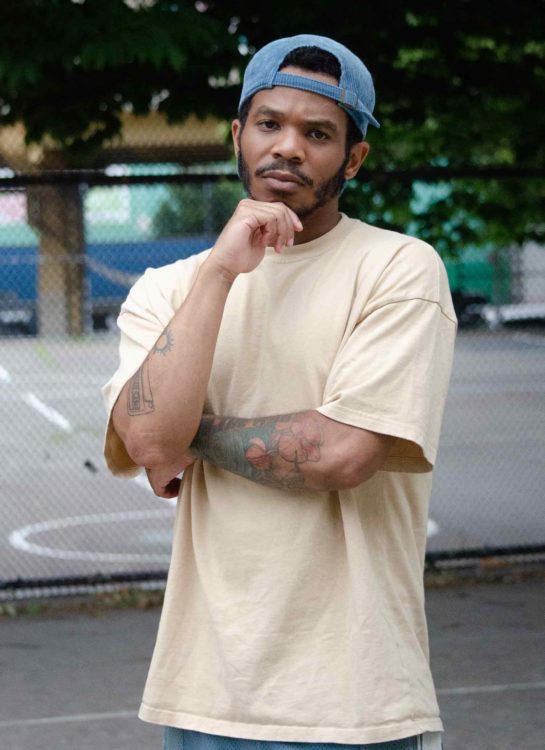 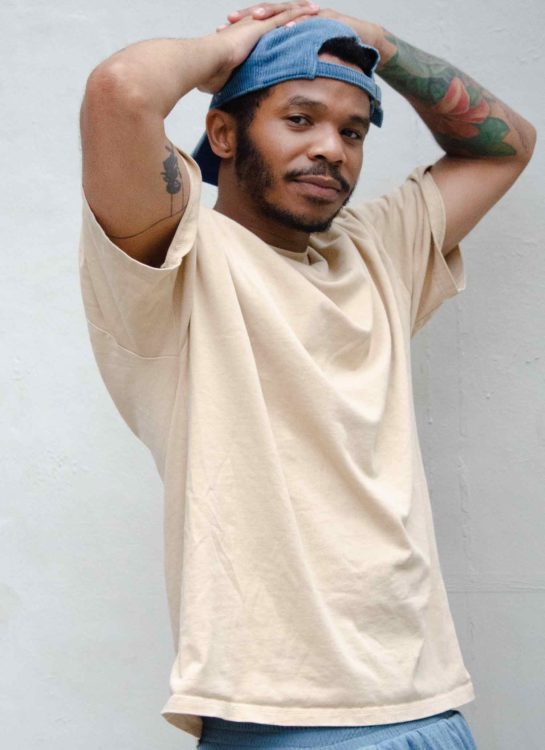 Your influences are very eclectic and deeply rooted in the classics. How has that helped you in your musical evolution?

I think it helped when it came to production, and also my choice of melodies. When I’m making music, I’m not just thinking about one genre, I think beyond hip hop. I always try to make music from a broader standpoint and include everything that I’ve learnt. Even when I’m making straight up hip hop, there’s always that jazz element and that soulfulness in it, which is the thing that makes it more than just rap music.

Do you define yourself as a rapper or as an artist?

I’m a rapper because I rap. I love rap as much as soul and R&B and jazz. Listening to Jay-Z or listening to Biggie Smalls is an education on lyricism, wittiness and nuance that you really can’t learn anywhere else.

How did you find your voice in music?

I don’t think I really did, I just figured it out as I went along. I had a lot of ideas and they just turned into more ideas. You hear things that you want to incorporate into your own music. When I first started I did what I knew. I knew Nas, I knew Jay-Z, I knew Dilla. I think for artists a lot of the time, you start off emulating the greats and after a while you figure out how you want to sound yourself.

What pushes you to continue to create?

Right now, I’m actually trying to find a new motivation to create. I’ve often used it as an outlet to get out of my feelings and emotions. As I grow, I constantly have to find new motivation, because once you get over that hurdle, all the pain and the strife and that chip on your shoulder, it can no longer fuel you to create. Your motivation turns into something else, it’s always changing. Right now, I’m at a mid-point between motivations. It’s a cool space to be in because you know that the new motivation will come at some point and a new project will be coming. Right now, I don’t know what I’m going to be motivated to do or what the motivation will be.

You’ve released so much content in the past few years! How do you stay so prolific as a writer?

I’ve been writing a lot for years. I’ll spend a couple of months not writing but I will always go right back. For the past few years I’ve really been on the grind because I’ve got stuff to say. When I’ve had writer’s block though, I step away from it and know that it’s not the right time to write. For the most part, I’ve always got something I want to get off my chest. This current period is maybe the longest that I’ve not been writing and right now I don’t even have the feeling that I want to – I want to do something else, something more. I’m happy sitting with the album, right now I’m just living.

How do you feel listening back to your earlier music?

Whenever I listen to my old music I just think – man, I really didn’t know anything. I was in a completely different place. That was my state of mind and those were my true feelings, but I was really unaware of myself and the world. I was in a dark space, a cynical space. I had a lot to learn. You get to a point when you have to accept that that is who you were and you have to embrace the way that you were, not fight it or try to block it out. Humans have the tendency to ignore things that make us uncomfortable, but it’s accepting those things that allow you to live and experience life fully. I try to just accept all of myself, and forgive myself for who I was and the misguided views I had. It may be scary to look at, but once you accept it, it’s not so scary anymore. 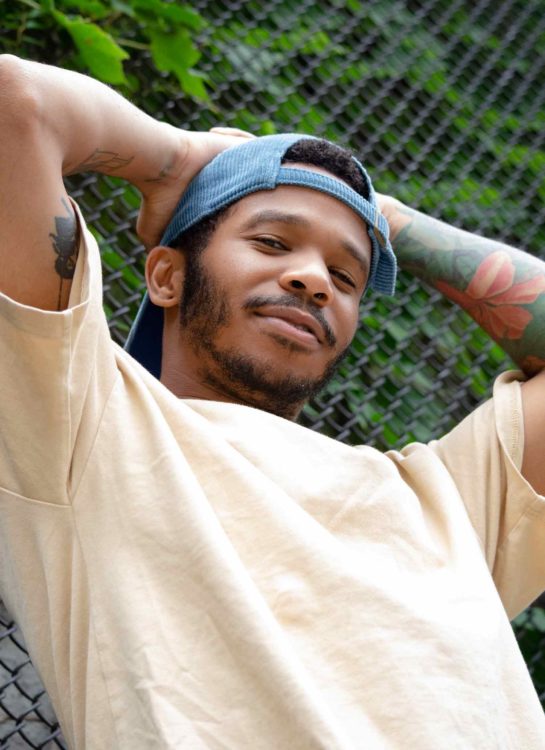 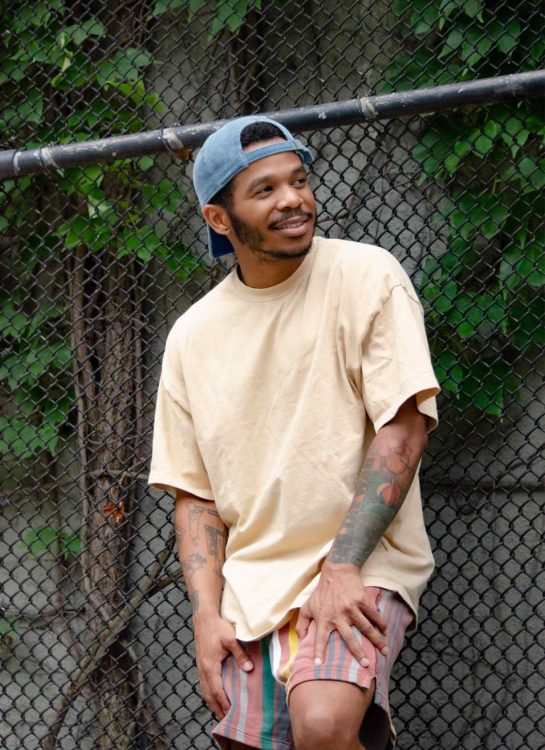 You always maintain honesty and authenticity in your writing. How did you reach a point of being comfortable in your candour?

I feel like it’s easier to be honest in music than it is in real life. People don’t like to be subjected to honesty in real life, whereas if you hear it over a nice beat and package up the honesty nicely, it lubricates the pill so you can swallow it. In the past few years, I’ve learnt that the truth is easy in music. As an artist, you have to detach yourself from what people think of you. You have to allow your music to be your music, and as a person you have to live your real life that is completely separate from what people think. If you are inspired by my music then great, but if you feel spited by my music then that’s how you take it. But me, I have to be over here, living my own life, learning and growing, and raising my family.

You’ve always been an independent artist, which is something that is very commendable. Why did you opt to go for the independent route?

I did it because the record deals I was getting offered were so bad. I realised that there was no benefit of signing, especially when I’d already built up my own brand. Ever since the beginning, I’ve always stuck to the fact that if I’m feeding my family, I’ve got a roof over my head and I’m not worried about money, then I have no reason to sign. That’s all I care about, more than anything. Because I have all those things, I never saw the point in selling my soul away and giving my music to someone else. I’ve already won, I’m seeing the world, why would I be greedy? Being independent has allowed me to stay true to myself and do what I want. I don’t need much; I’m not salivating at the mouth for million dollar deals. I can’t sacrifice my soul and my spirit for my career.

Talk me through the new podcast series ‘FREE NOT WOKE’?

It came about from me and my friend having these long conversations about life and things that we are interested in. We wanted a podcast to showcase these conversations that we had, but with a fresh and unique perceptive. No bias, no agenda, no bandwagon, no mob mentality. These are our ideas and if you hate us then that’s okay. The whole point is that we’re tired of the bullshit. We’re tired of social media, of other people asking for validation for their opinion, of people collectively shitting on certain things or people. It’s good to have your own thoughts and your own ideas about life and about music.

I loved the single “UP”! What are you trying to convey with it?

I’m just trying to say that no matter how you feel, me and the people around me are going to go up. We live on a completely different frequency, you can’t even see me, the stones you are throwing at me aren’t hitting me.

Sonically, it felt like a meander into the future but also an ode to the past. Is that your direction moving forward?

My direction is moving forward into something completely different. It really is going up to the point where you can’t see anything trying to bring you down. The direction is forward all the time, whatever it takes to mentally, emotionally and physically move forward. No sacrifices in that department. We aren’t holding onto negative things or negative people, we’re doing whatever we have to do to move on.

What is the sonic outlook of ‘MEMO’?

That’s up to everyone else to tell me. I think that it is. It’s uplifting. Some parts are more introspective, but some parts make you want to get up and move. There’s several vibes on it.

Is this album the start of a new artistic chapter?

I definitely feel like I’m going to step into that next phase really soon. I try not to force it but I feel it coming. As far as this album is concerned, I feel like it’s the end of so much for me. It’s the ending of something that I’ve been working on for the last 10 or 15 years, like the end of a book.  In a way, I’ve been telling different parts of the same story since the beginning of my career. Now I feel like that story has come to a close. It’s time for a new story to be told. I’m curious to know what that’s going to be. 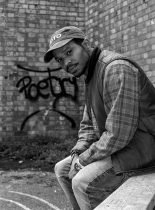