Born in Stockholm, Lexi Berg grew up in close quarters with her family. Their houseboat home was docked next to an amusement park and her childhood, in all senses of the word, was a rocky one. Music was the singer’s outlet from the start: she received a regimented classical training in piano but in her teens found greater freedom in vocals.

Moving to America then on to Edinburgh, she grew up amidst change and sometimes turbulence. Music eventually became her way of expressing pent-up emotion. She sent off a demo to The Horrors’ Faris Badwan, who was instantly hooked. They went on to record three tracks together, one of which, titled “What If”, sound-tracked Netflix drama Pieces of a Woman.

2021 has been a busy one for Berg. She has scribbled away 100 compositions since the New Year, collaborating with the likes of Jimmy Hogarth, Jim Eliot, indie-folk artist Benjamin Francis Leftwich, and Sacha Skarbek.

Her nostalgic, blustering gale of a sound harks back to 90s shoegaze or 70s greats such as Fleetwood Mac. Berg’s latest “Lonely World” tussles with the isolation of the past year and shrugs off the negativity of our past selves. The single is just a taster of her much-awaited debut EP ‘Empire of One’.

Notion chatted to Berg about escaping our digital lives, her classical training, and expressing her true self through music. 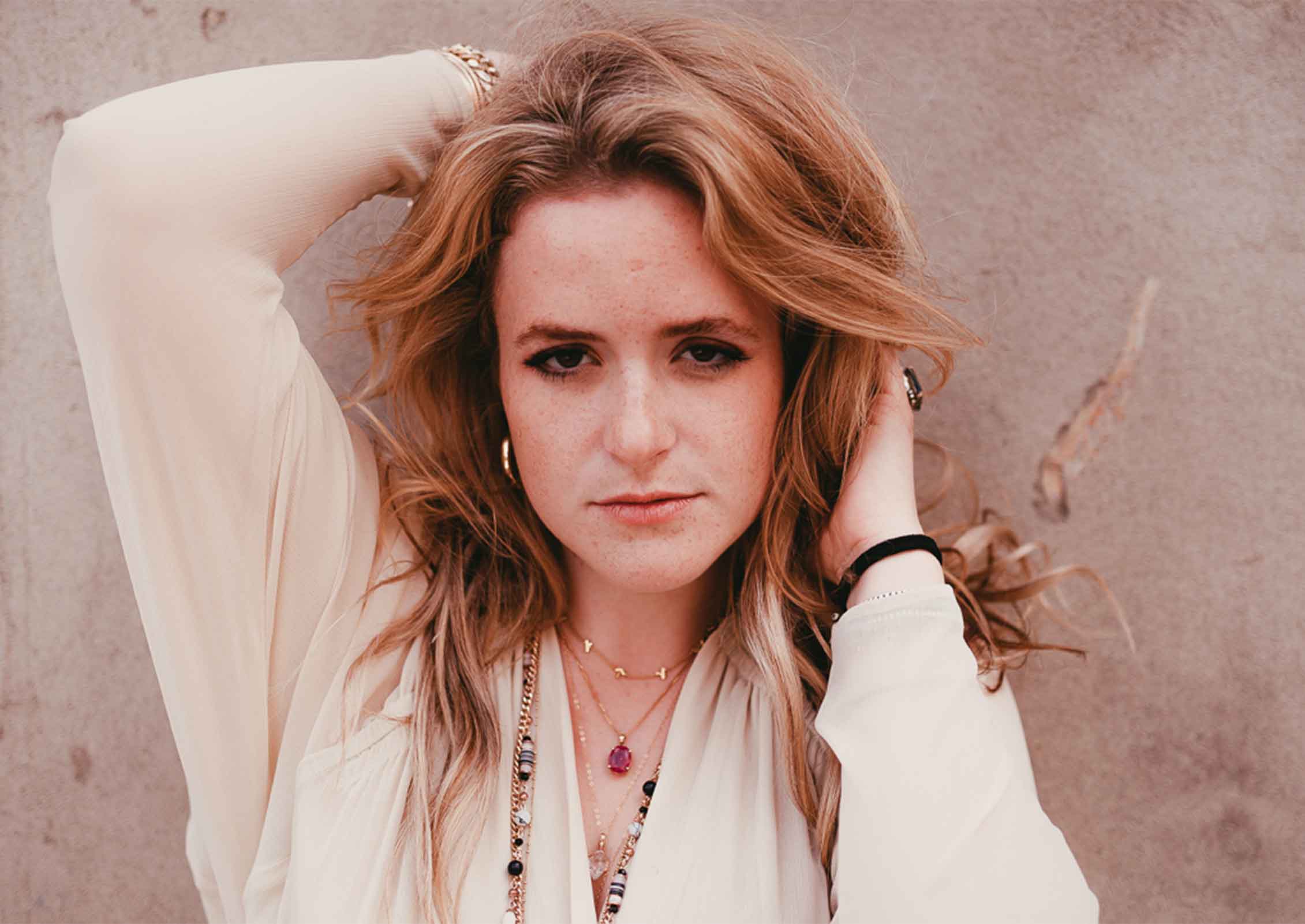 You’ve said “Lonely World” is about being tired of our digital lives. Could you tell us a little bit about this?

During the pandemic, we have been glued to our phones. It’s been a source of contact, our channel to the rest of the world. As lucky as we are to be so connected, I think many people feel exhausted with the constant pressure of being online. We all need breaks from our phones and laptops. Moments of relief!

How did the single come about and what was your creative process?

I wrote it with two wonderful humans, Wayne Hector and Jonathan Quarmby. We were talking about feelings of loneliness during lockdown and how even in the worst times, humans can exhibit the most wonderful qualities. Hope doesn’t have to be lost.

You have quite a nostalgic sound, sometimes slightly shoegazy like Mazzy Star or folksy like Fleetwood Mac. How would you describe your sound and who are your biggest musical influences?

I absolutely love both Mazzy Star and Fleetwood Mac. Big symphonies of sounds have always evoked the most emotion in me. I grew up listening to Fleetwood and Abba and so I have definitely been influenced by their music.

How has your classical training impacted your sound?

You’ve spoken about music as being a form of therapy for you. Do you think music can be healing?

100%! I think everyone has a personal soundtrack to important moments in their life. Music can help you feel things without having to express them yourself.

Is how you express yourself and your emotion in music different to your everyday personality?

The songs and I are pretty similar. They are little pieces of my heart and soul. I feel quite vulnerable when people listen to them. Like the listener can really see me. I guess I’m a bit less serious all the time!

Since music is your way of expressing emotion, do you tend to keep your listeners in mind when making music or do you make it for yourself?

I think if it was just for myself I would be singing them alone in my bedroom. The reason I put them out is so that people can recognise their own emotions in the melodies and lyrics. Maybe I can help people in the way that music has helped me.

What initially drew you to Faris Badwan when you were sending out your demos?

Faris is a musical genius! And so cool. A huge inspiration.

What are you most enjoying about getting back to performing live and playing festivals?

The energy. I’ve been writing in studios for too long! I can’t wait to see real humans in the audience.

What can we expect from your upcoming EP ‘Empire of One’?

A little nostalgia, a lot of emotion and some sing-a-long tunes!!!

Listen to "Lonely World" below: