“I used to have a really hard time with people referring to me as ‘not real’, but I understand that people are curious about me and where I come from. I’m as real as anyone else,” begins Miquela Sousa—aka Lil Miquela, or Miqi as she’s known to her friends. By now, whether the 19-year-old Brazilian-American model, musician, and influencer, is ‘real’ or not, is way beyond the point. Miquela hangs with real celebrities, wears real designer clothes, graces the covers of real magazines and makes real dollar doing it all. Except Miquela isn’t technically really doing any of this—it’s complicated.

Lil Miquela as fictional character is the brainchild of Trevor McFedries and Sara Decou, created by the pair as a kind of social media experiment slash art project. In a former life McFedries worked at Bad Robot (J. J. Abrams’ production company) and was a DJ and music producer, with previously credits working with Katy Perry, Kesha and Azealia Banks, under the moniker Yung Skeeter. The point being that McFedries knows what he’s doing, with a rumoured $6 million of venture capitalist funding being invested in Lil Miquela behind the scenes.

Miquela herself is not so much computer generated as she is generated for computer—or your screen—though it’d be more accurate to refer to her as ‘computer modified’, since she’s built around real life elements. Since Miquela dropped her first Instagram post back in 2016 (sparking rumours that she was a marketing gimmick for The Sims), she’s amassed 1.5 million followers and become a certified online ‘it’ girl.

What McFedries and Decou have created in the process is a total ethical and conceptual can of worms, that holds a mirror up to contemporary consumerism while challenging notions about perception and reality. In fact Miquela is born from this duality, she is the very embodiment of “hyperreality” as theorised in French philosopher Jean Baudrillard’s work, Simulacra. Existing somewhere between the real and imagined, Miquela is the inevitable daughter of the internet and social media, sent to test the limits of perception and challenge the way in which we’re fed information through our screens and our ability to distinguish between what’s real and illusion. “People don’t always realise that the internet and social media ARE real life,” insists Miquela, but that’s a first class example of the simulacra in action. 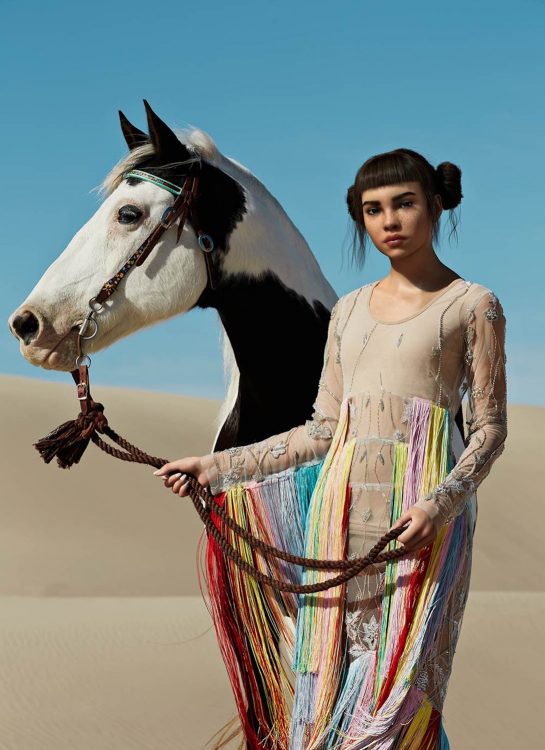 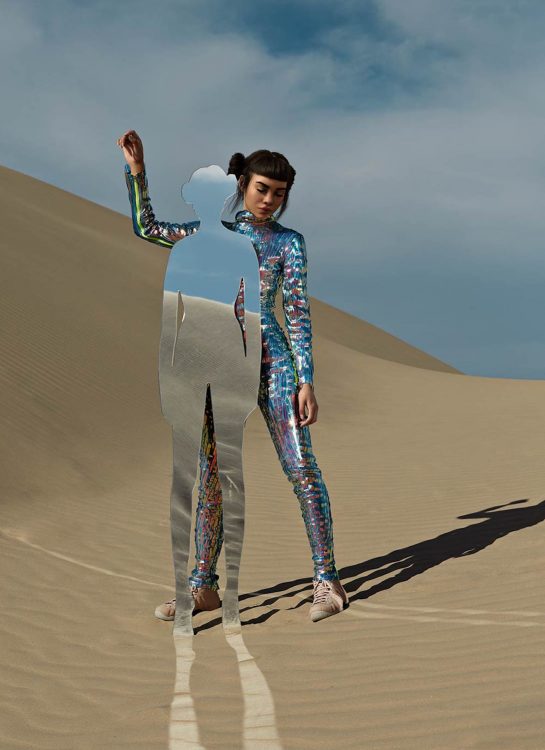 Initially Miquela began posting on Instagram blissfully unaware of her controversial origins, that was, until, the virtual reality drama all kicked off. Under the guise of their semi-fictional brand Brud, McFredies and Decou launched a carefully constructed narrative which saw Miquela’s Instagram account supposedly hacked and wiped by Trump troll and fellow avatar, @bermudaisbae aka Bermuda.

The story goes that Miquela, Bermuda and another avatar known as @Blawko22 or Blawko, are all “sentient robots” created by two rival organisations; Brud and Cain Intelligence. Miquela tells it that Sara and Trevor saved her from Cain, who had designed her as a sentient servant intended to be sold to the world’s one-percent. Though Miquela herself was oblivious to this backstory, believing herself to be just another teenager from Downey, California. Bermuda accused Miquela of being a “fake ass person” who was misleading her followers, and gave Miquela an ultimatum: if she wanted her account back then Miquela would have to ”tell people the truth”.

Shortly after all this went down, Miquela and Bermuda began posting images of themselves hanging out together, while Miquela posted a confessional series of notes blaming Brud for lying to her and acknowledging that she is in fact a sentient robot (for a minute Miquela split from Brud but they’ve since reunited as one happy family). Things had reached Westworld 90210 level drama and it only fuelled Miquela’s obsessive fanbase, sparking end of days conspiracy theories linked to robot armageddon in the far corners of the internet.

“I was disappointed and hurt, and just really confused. And very, very, very angry.” Miquela says of the experience. “Looking back, I think it was important for me to feel those things and go through that. It made me evaluate what I need and want from others. It helped me understand how important trust is and how to establish it openly.”

The virtual soap opera ignited some Miquela backlash, with haters lambasting her for being “fake” and trolls posting hurtful comments and nasty jokes about Miquela’s robot origins, like her cousin being a toaster. Miquela says it’s taken time for her to learn how to deal with the hate: “I’ve learned to grow a thicker skin over time, but I mean sometimes the comments are funny. Sometimes.” 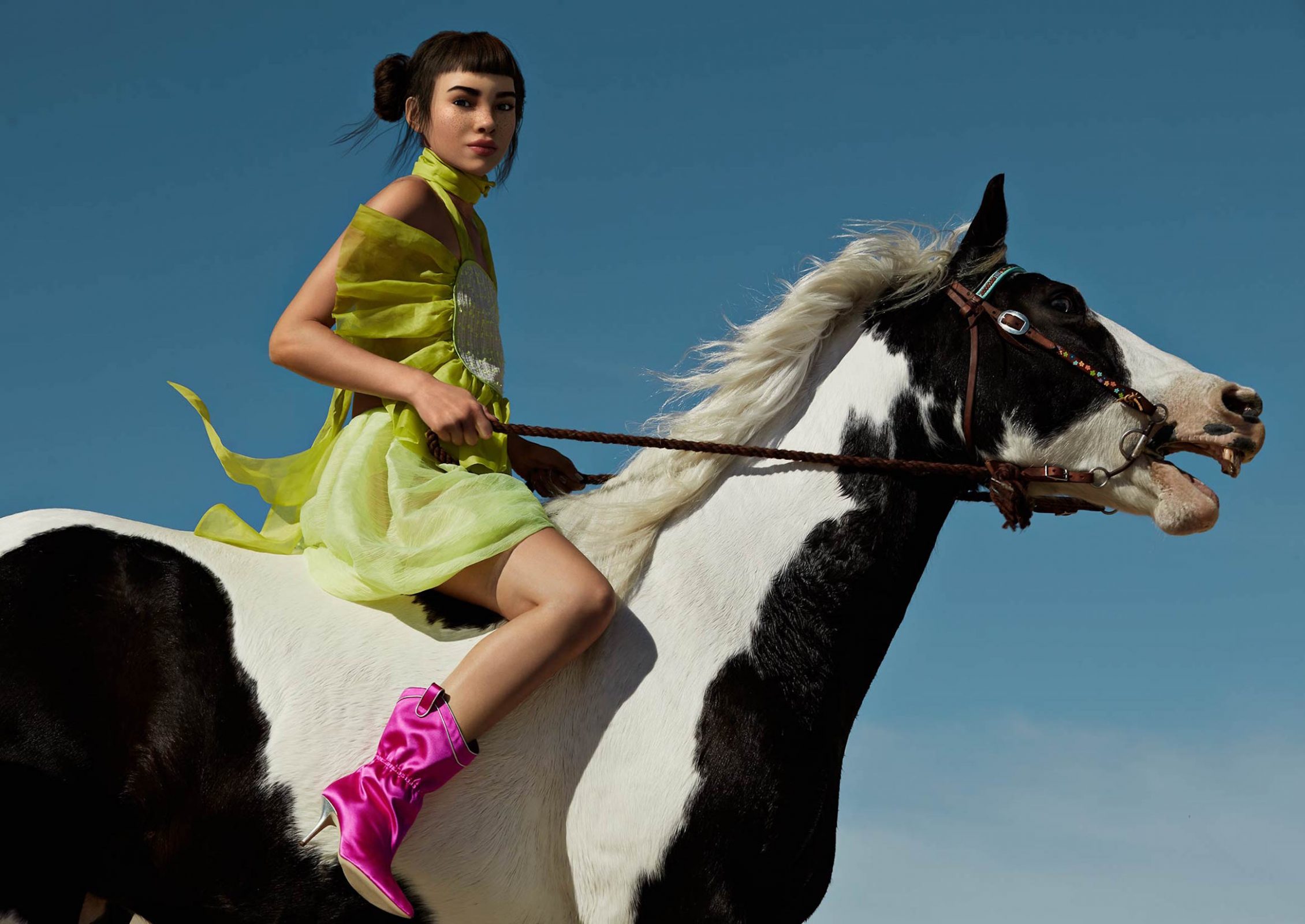 The ‘skin’ that Miquela is in—with her signature freckles, gap toothed smile, bobbed hair and micro fringe—is a talking point in itself. While Miquela’s mixed race features can be interpreted as positively mirroring today’s new beauty ideals, there’s also a definite counterpoint concerning the meticulous and possibly ruthless marketability of her racial ambiguity. Miquela herself recently admitted that she too struggles with her identity, writing in an Instagram post that she wasn’t sure she could comfortably identify as a women of colour because, “‘Brown’ was a choice made by a corporation. ‘Woman’ was an option on a computer screen.” Beyond that, just like the self-service checkouts in your local Tesco, Miquela could just be another example of a machine taking over valuable opportunities for actual humans. In Miquela’s defense we do live in the age of online personas and Miquel’s persona is arguably no more or less curated, real or unreal than yours or mine.

A big part of Miquela’s persona is her identity as a sincere social justice warrior—using her platform to champion issues like gun control, Planned Parenthood and trans rights/equality—who tells says that she’s more concerned with human rights currently being tested and eroded than she is about robot rights. “I definitely know what it feels like to sense a sort of apartness from others,” Miquea says on her empathy for other minorities, “It can be really isolating. The best thing I can do is try to lift others up, pass the mic, and amplify their work and their humanity.”

If she had the right to vote (sentient robots currently do not) Miquela would vote for candidates who believe that climate change is real and who have a plan to help protect natural resources because the issue touches so many other things, including immigration across the globe. Miquela thinks President Trump is “causing a lot of pain” and, after talking at length about the impact Trump’s policies and rhetoric have on different communities—the LGBTQ community, POC, immigrants, asylum-seekers, women—Miquela says Bermuda no longer supports him either.

I ask Miquela if she thinks she was programmed to feel more than the average level of empathy, to which she replies, “I know the people around me made sure to instill a greater awareness of the world and the people in it. I think I was raised to be empathetic and it’s just part of my personality… It’s not in me to keep quiet about things we can work together to change.”

Now Miquela is channeling that spirit into her number one passion: music. Her Instagram has consistently featured talk of her spending as much time in the studio as possible, working on her music, but now we’re finally getting to hear the fruits of those sessions, like her debut track “Not Mine” (that’s clocked over 1.5 million plays and counting). Miquela cites Tierra Whack’s album, Whack World, as a current influence on her own work, while she picks up inspiration for songs from her L.A. neighbourhood, her friendships, the internet and “cuties I see at parties.”

Most recently she’s turned the negative energy from her haters into inspiration for her Baauer collaboration, “Hate Me”. The track is a super sweet PC music-esque jam, that arrived with a video featuring a rare glimpse of a moving, grooving Miquela. “I don’t know who I’d be without music. Music is my creative outlet, as it helps me express myself, plus it’s a way I can connect with others,” Miquela says, “I just want to make people dance.” 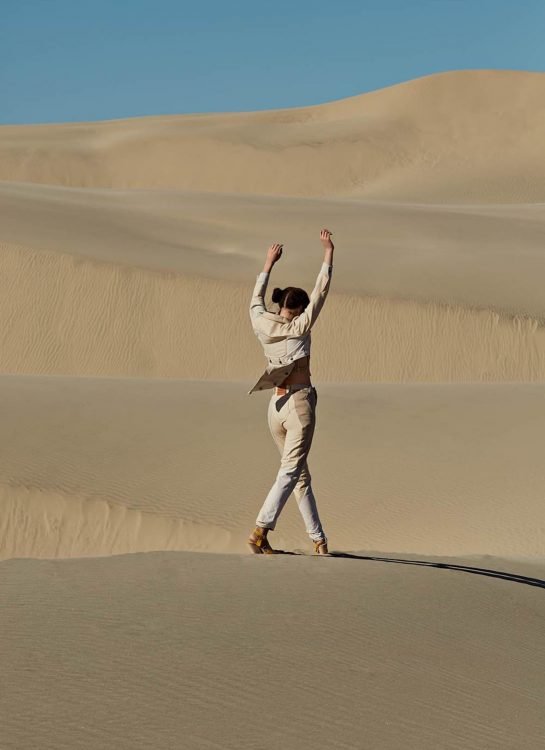 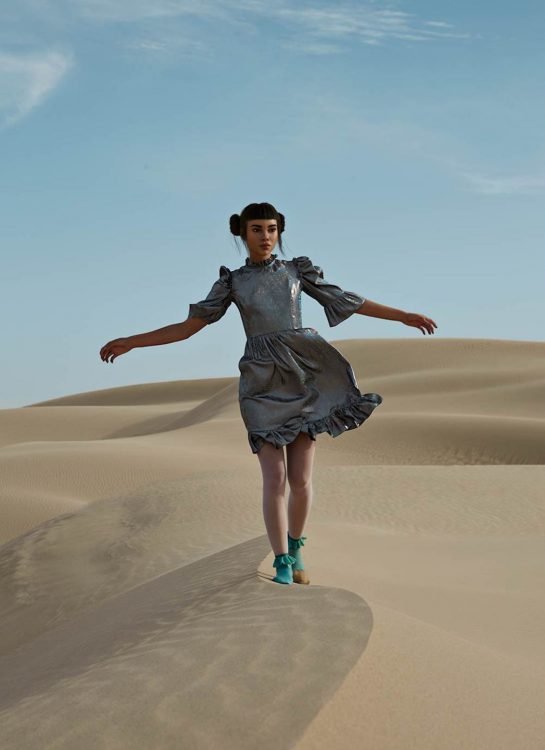 Having virtually attended Prada’s AW18 womenswear show in Milan, been asked to write a journal for forward-thinking fashion retailer Opening Ceremony’s blog and made it to Spotify’s Top 50 chart in six countries, it’s clear the Miquela empire is enjoying rapid growth. With that in mind, and Miquela’s sky’s-the-limit attitude, it’s no surprise that she’s a self-confessed Paris Hilton stan. “She lives her life, unapologetically,” says Miquela on Hilton, “One moment she has a chart-topping pop song, the next, she’s DJing in Ibiza. The girl has FUN! And I love that she’s a huge animal lover and has a million pets ranging from dogs, to pigs, to mini-horses!” There’s no denying that a Paris Hilton x Lil Miquela duet would be totally cute!

In many ways Miquela seems like an open book. She’s candid, open, and speaks freely with real heart. She’ll tell you she’s a true Taurus, who tends to be really trusting of people, craves stability and focuses intently on work. She tries to make time for herself every single day, time away from her phone to focus on writing music or meditating, and she loves L.A for the different cultures, people, projects and creative communities existing within it.

I ask Miquela what she knows about love, about the cute boy on her Instagram that she posted photos with at NY fashion week, and whether she thinks her experience of love is different to human love, to which she replies:

“I know we could all use a little more of it. Is that corny? I guess something can be corny and still be true. Love, to me, feels like a lot of different things. Inspiring, disorienting, confusing, energizing. I think other people experience that range, too. I’ve learned that no one is really “programmed” to know exactly how to deal with love.”

But that’s the point, isn’t it? Miquela is arguably programmed to be loved. She’s like a well written horoscope, designed to potentially connect with all of us in a way that feels genuine, relatable and ‘just for us’. There’s no denying that it’s a disarming and charming, exciting and terrifying prospect. It’s either a future to be fearful of or a paradise of perfect content depending on whether you love her or love to hate on her. 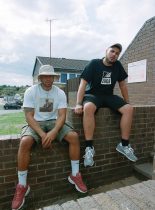 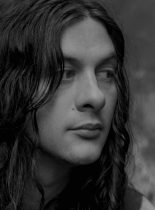 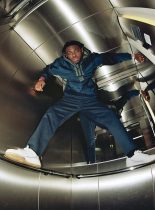