Lojay is Bringing the Afro-Fusion Soundtrack of the Summer

Up-and-coming Nigerian artist, Lojay, is quickly establishing himself as one to watch. We get to know him better.

With a musical style largely indicative of his Yoruba roots, the budding Afro-fusion artist’s previous releases include the 2019 single “Ariel” and the mid-2020 single “Ogogoro”. In an industry becoming saturated with a slew of similar sounds, Lojay is one of the fastest-rising acts, bringing a refreshing and unique twist to the Afro music scene.

After connecting a few weeks back for an ode to love, with hit single “Tonongo”, Lojay teamed up with the veteran super-producer, Sarz, once again. Having previously worked with renowned international artists such as Beyoncé, Burna Boy, Drake, Skepta, and Wizkid, Sarz is a huge name in the music industry.

Despite Lojay initially hoping to collaborate on a single song, Sarz decided that they would work on an entire EP together, and so a 3 month-long boot camp in Lagos ensued. The result – a stellar 5-track EP ‘LV N ATTN’. 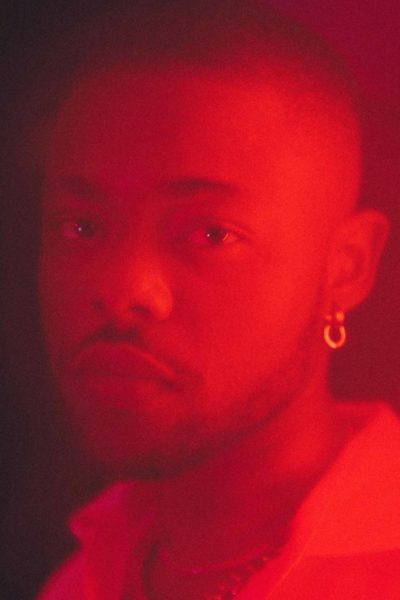 A personal project – ‘LV N ATTN’ was born out of Loyajy’s struggles during last year’s pandemic. Although the EP touches on themes of heartbreak and vulnerability, the soulful blend of contemporary Afrobeats with urgent Hip-Hop and sensual R&B sounds, will definitely get you up and moving.

Just in time for the coming sunny months, Lojay’s music is set to be the soundtrack of the summer. Each track on the shimmering EP showcases his sublime vocals alongside Sarz’s slick production. With afro-fusion music on the rise, ‘LV N ATTN’ will no doubt be on heavy rotation across radio stations and speakers everywhere. 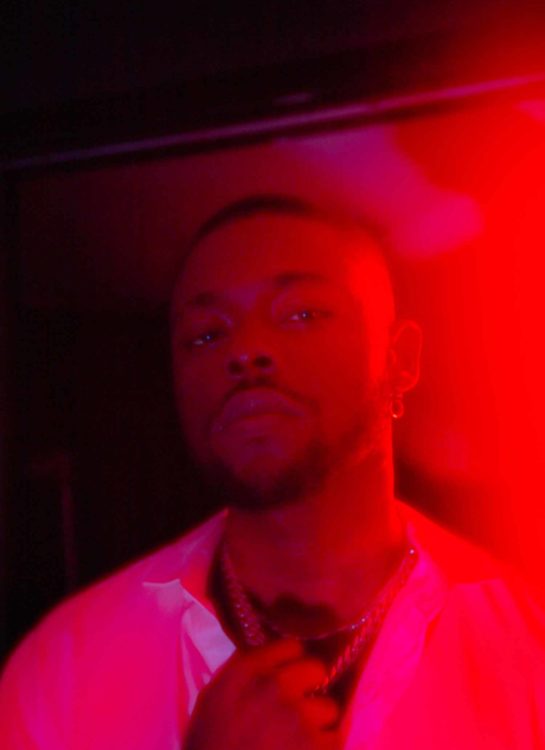 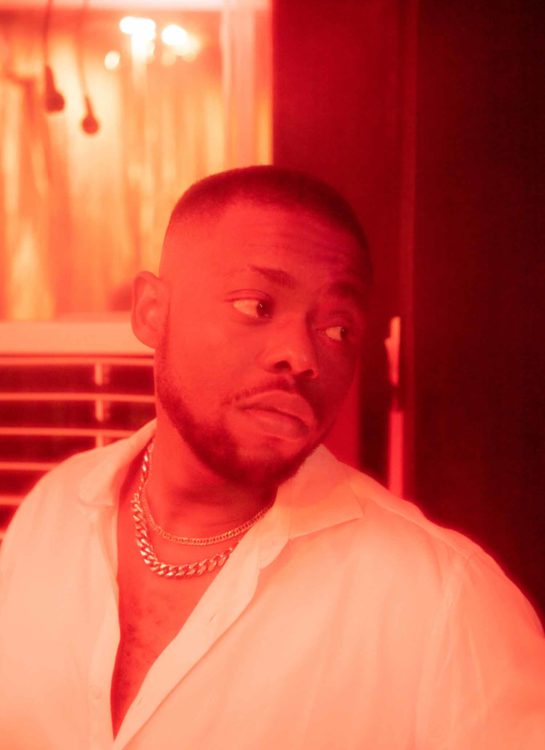 A year down the line things are slowly going back to normality. But with all of the craziness of the past year, how are you doing?

I’m blessed, to say the least. It’s been a rough year for the whole world but it also gave me the opportunity to create this project which I grateful for.

How did you start your musical journey – who were your inspirations?

My first record was back in 2016 but I went in full time in 2018 after university. I grew up in a religious home so I listened to a lot of gospel music as well as Disney music ’cause I’m a fan of their movies. Artists like Micheal Jackson, Jon Bellion, Wizkid, and Bruno Mars were also sources of inspiration.

Your musical style centralizes around the traditional Yoruba music – heavy drums and bass. How much do your culture and heritage influence the music you make?

I wouldn’t say it centralizes around traditional Yoruba music. I don’t even speak that much Yoruba in songs but I do love heavy drums and bass.

A big congratulations on your latest release, the ‘LV N ATTN’. What does this EP mean to you?

It’s my first official project so it’s an amazing milestone. It’s also a representation of where I was at the time, out of love and seeking it again.

‘LV N ATTN’ was born out of your determination to persevere through dark times during the start of the pandemic. Was it refreshing to channel these feelings into your music? Allowing you to talk about your feelings and offering a weight off your shoulders?

I always express my feelings in my songs but this time was different ’cause I had a lot to talk about and I did. From love to lust, I put all on the plate and it was all I needed!

What do you hope your fans/listeners will feel when they listen to your latest project?

Exactly what I felt when I recorded these songs. For me, it’s most important to effectively communicate emotions as well as words and I believe I did that effectively. ‘Tonongo” is a perfect blend of love and lust; “LV N ATTN” is one of those songs that just makes you move while the falsetto chorus soothes your ears. “Monalisa” just screams dance, be happy and forget all your worries.

The past year has been a tough one, to say the least. How have these times changed your music, writing, your approach to the creative process, or as an individual as a whole?

Last year was full of musical and personal growth, maybe more than any other year. My creative process hasn’t changed much but it’s a lot more intentional than ever before.

‘LV N ATTN’ is obviously deeply personal, but do you have a favourite track from the EP? Can you tell us why?

I can’t pick a favorite track to be honest, they’re all special to me in their own distinct way. “Tonongo” was the first song that made it to the EP. I intentionally set out to have a balanced mix of love and lust on the record and I achieved that. “LV N ATTN” has Wizkid featured on it who is someone I respect massively. “Monalisa” is special ’cause Sarz had planned to use the beat for something else but when I heard it I liked it so he said if I could kill it I could have it, so the fact that it ended up on the EP puts a smile on my face every time I think about it. 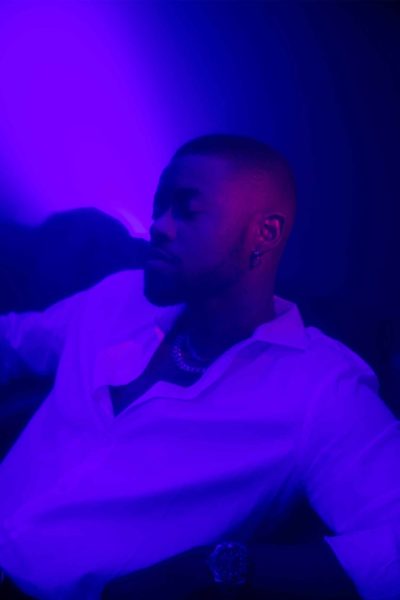 The EP is a collaborative project, teaming up with renowned producer Sarz. After connecting a while back for the highly addictive single “Tonongo”, how did you come to create ‘LV N ATTN’ together?

“Tonongo” is the first song of the EP which we initially came together to create. We then worked on the rest of the project together. I was already a big fan of Sarz so I reached out to him during the pandemic and having a hard time during that time. Someone introduced us and we ended up doing a 4-month boot camp in the studio here in Lagos and that’s how the project came together.

How did this collaboration with the Grammy Award-winning superstar, Wizkid, on the hypnotic title track “LV N ATTN” come about?

Sarz called me to a studio in west London at around 2 am and when I got there Wiz was literally waiting for me. We worked for a bit and he ended up asking to jump on the song and, of course, I couldn’t possibly say no.

In the future, who else would you like to jump on a track with?

‘LV N ATTN’ EP showcases your sublime vocals, alongside Sarz’s slick production – the result is a blend of contemporary Afrobeats with urgent Hip-Hop and sensual R&B sounds. How would you describe your sound and vibe?

How does it make you feel that Afrofusion sounds and aesthetics are on heavy rotation on radio stations and speakers everywhere across the globe, with the style of music also having crossed over to western ears?

It’s exciting times! Afrobeats is moving faster than ever before around the entire world and we’re all favored to see it. It’s a blessing!

What advice would you give to aspiring musicians/creatives?