Two years on from her rebirth as a sorcerer of soulful, slinky pop and hazy bedroom jams, we catch up with ELIZA about her personal growth, where her head is at now and how to live and love in a modern-day world.

Sitting down over a bite to eat with ELIZA, what’s immediately evident is her advocacy for a more pensive and philosophical outlook on human nature and behaviour.

She embodies the spirit of an artist who truly practices what she preaches, with a creative voice that is not only informed by introspection but also the manifestations of her physical, lived experiences.

In an age of information overload, when public perception and engagement is prioritised above all, it can be all too easy to get swept away in the current. Society loves to categorise and slot people into groups that are easy to comprehend and understand, meaning that we tend to box ourselves into certain definitions and expectations when, actually, the best thing to do is to go with the flow – to simply pause and breathe slow.

Be it through the trials and tribulations of love, sex or soft indulgence, ELIZA is firm in her emphasis on the importance of shaping who you are on your terms and your terms alone. In the five years between her final release under the Doolittle moniker and her triumphant return to the sonic sphere with “A Real Romantic,” ELIZA took her sweet time playfully exploring her environment, as well as introspectively reflecting on her place within the formalised structures at work. It’s difficult to know when to close one chapter and open another – especially for a creative person in the spotlight; but, the trick, it turns out, is to simply have faith in the plunge. 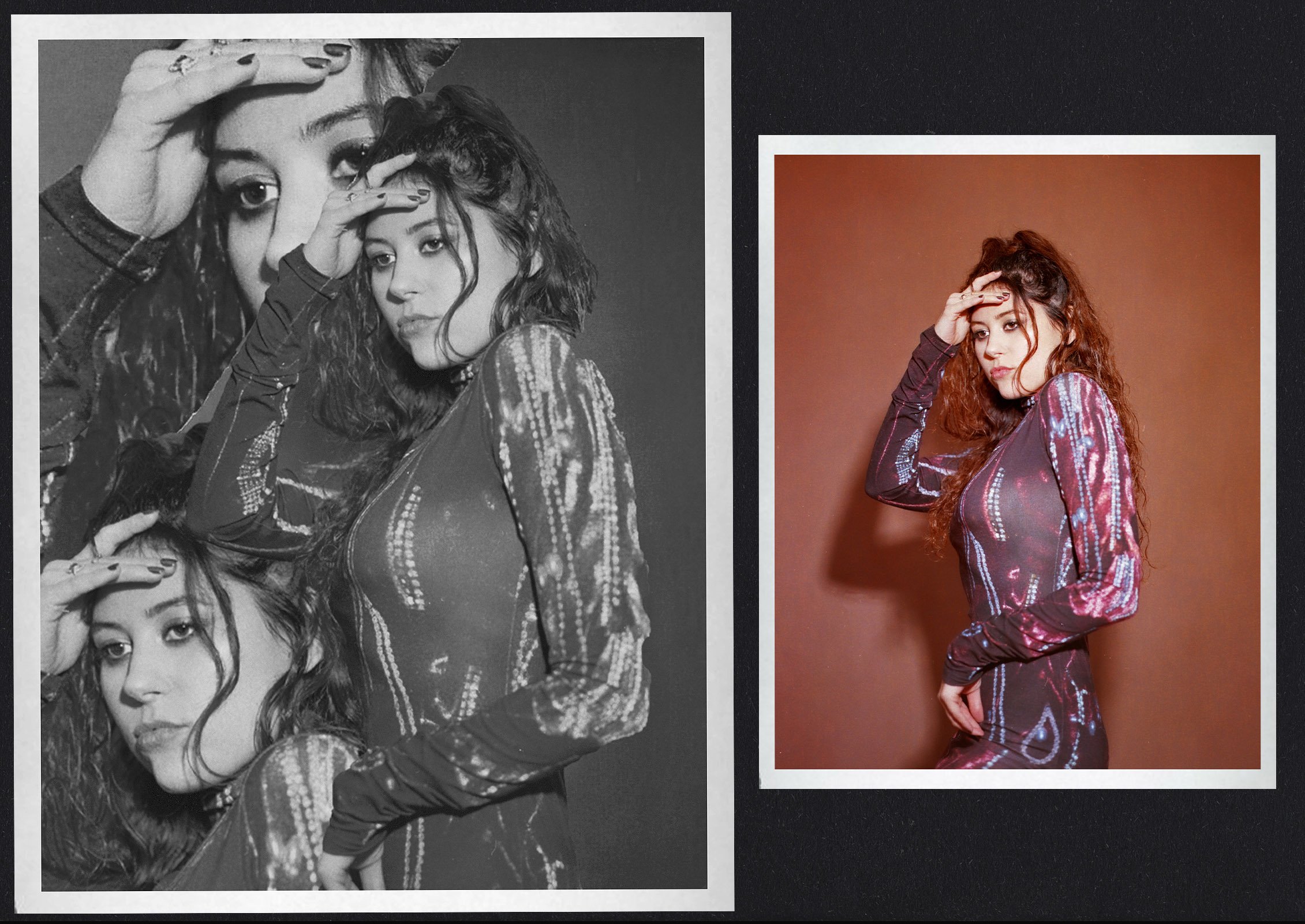 “Obviously, it was really successful and it had its own thing going on. But, I didn’t feel like I was always able to follow my own path,” she says of her Doolittle days. “So, yeah, just being able to do that – especially with the music and the production and being able to experiment and work with people that I really love. To work on my own and be able to trust myself to do that and follow my own instincts.”

ELIZA is living proof of the saying that it’s often those that ostensibly appear to be the most comfortable and content with the state of events, that are the ones who feel the greatest longing for change. Once the seed has been planted, though, it can be difficult to ignore the yearning for something new – even when you’ve apparently found the formula for success. 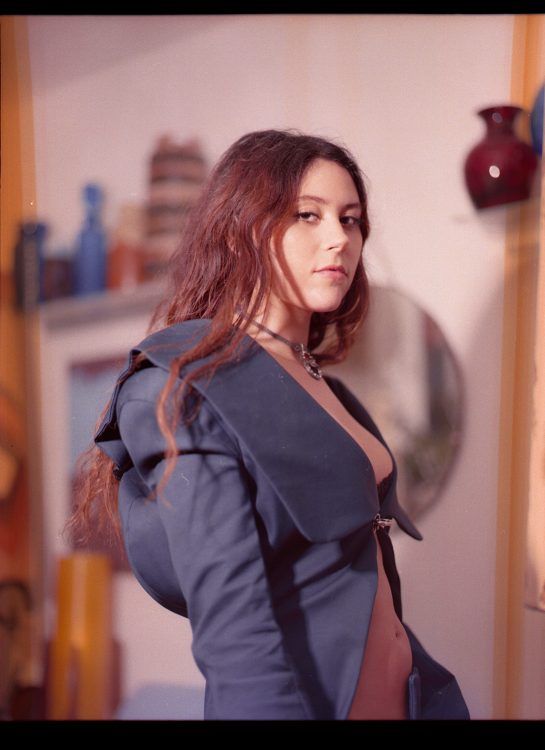 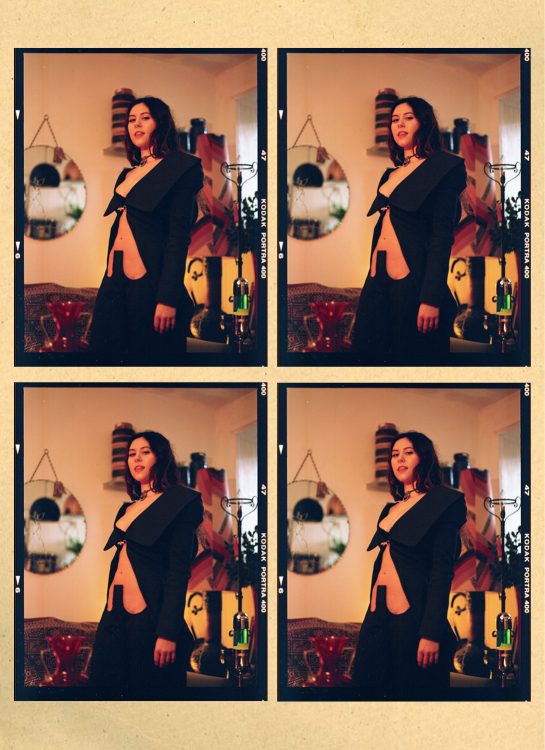 “I’d been experimenting for a couple of years before I got into my stride,” she reflects. “And also in my life I was really experimenting a lot with who I was and going out dancing all the time, partying, having fun. I was single, I was really free – I really felt like I had found something within myself? So, I think the meeting of a few things came together and I just ran with it.” The process of growth and the fundamental need to separate yourself from the expectations of others in order to find yourself are evident in the way that ELIZA speaks fondly and nostalgically of this period of her life – a time characterised by unpredictability and excess in which she found herself amongst the chaos.

When I ask more about the fierce, overarching narrative of independence that appears to be synonymous not only with this time of personal discovery but also with the lifeblood that fuels her latest album, “A Real Romantic,” she nods and tells me, “on a personal level, I’d been single for a couple of months and it suddenly just all clicked. I think the freedom of ‘every step I make is just for me’ just sunk in. And also, of course, on a music level, me escaping the industry and getting right to the heart of what I wanted to do with music and feeling that independence in that respect as well – that just sort of happened at the same time for me. And I think, since then and forever, I’m assuming, I will be consistently falling in and out of that place where I am really found and I know exactly what I need to do.” 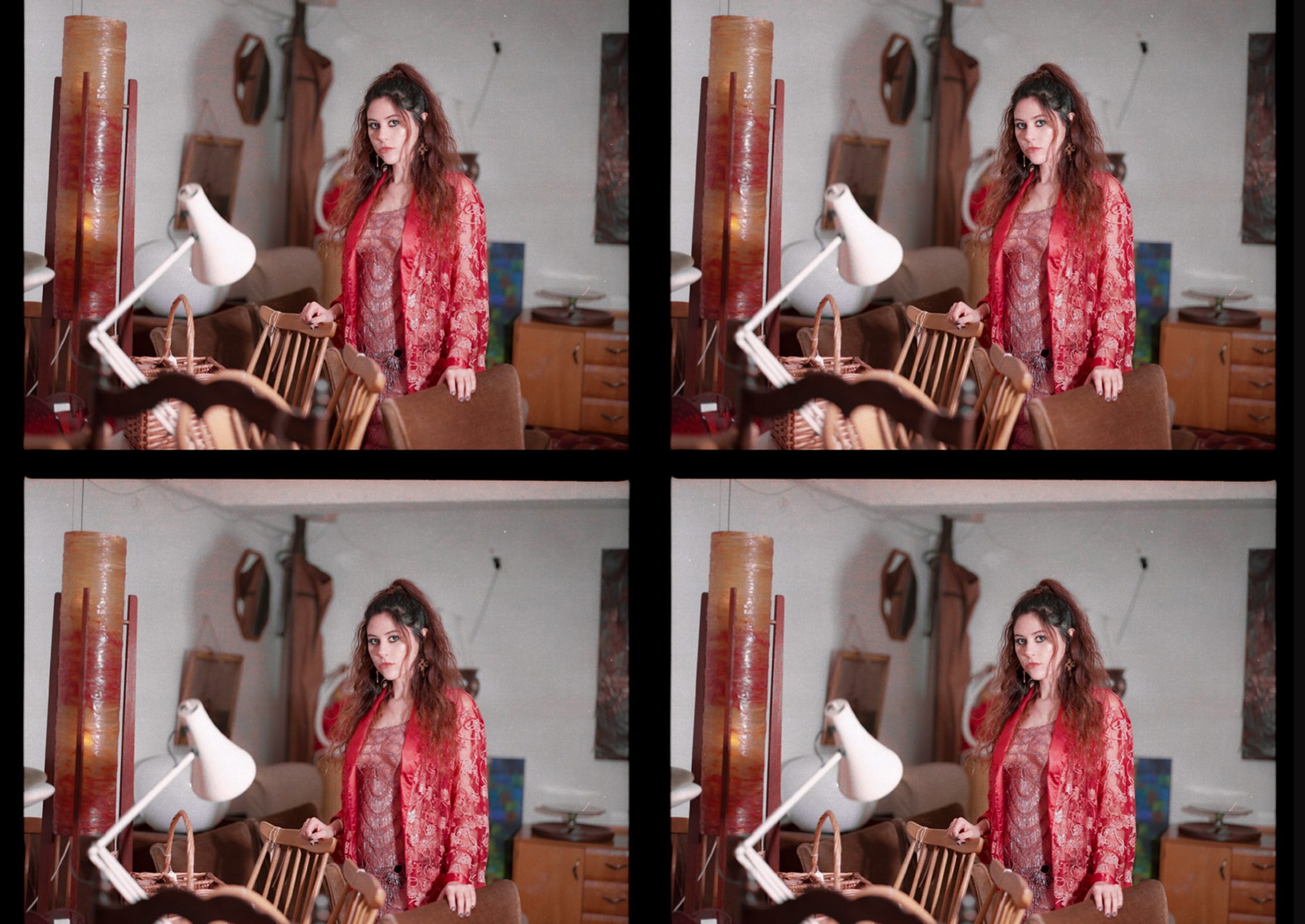 Whether in thrall to the pull of an all-engulfing romantic love or having closed that chapter for another, ELIZA is unapologetic in her insistence on the importance of only being able to truly love and live when you surrender yourself to the organic powers at work. “I think where I’m at now with it is definitely all about letting go. Trying not to control too much – realising that you don’t want to control anything and that surprise and spontaneity is what we really want. That’s something that I’m battling with now because I think that’s a really important one. And yeah, just going with the flow,” she tells me. “But, I’m still sort of at the beginning and I think this is a crucial time to just put out there the energy that I want and see what it gives back to me because it will, if I just let it – if I let it get frustrated or if I try and force it, it won’t. So, it’s all about the wu wei which is, basically, that philosophy.”

ELIZA communicates with a quiet confidence that draws you into her own personal cosmos and way of thinking. It is only by living with abandon and bathing in the small and sweet pleasures of life that we can fully realise our potential and act as vehicles for change in a world which demands our constant attention. She surmises that we can only give back to the world when we’ve given enough time and reflection to ourselves first. 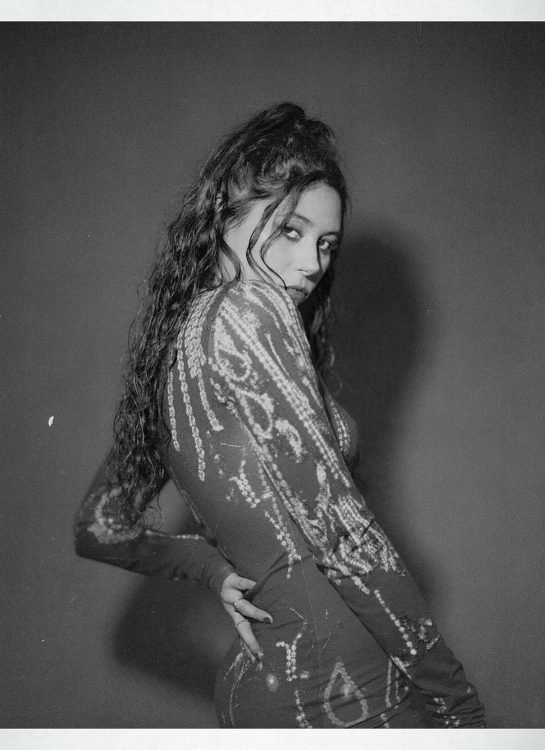 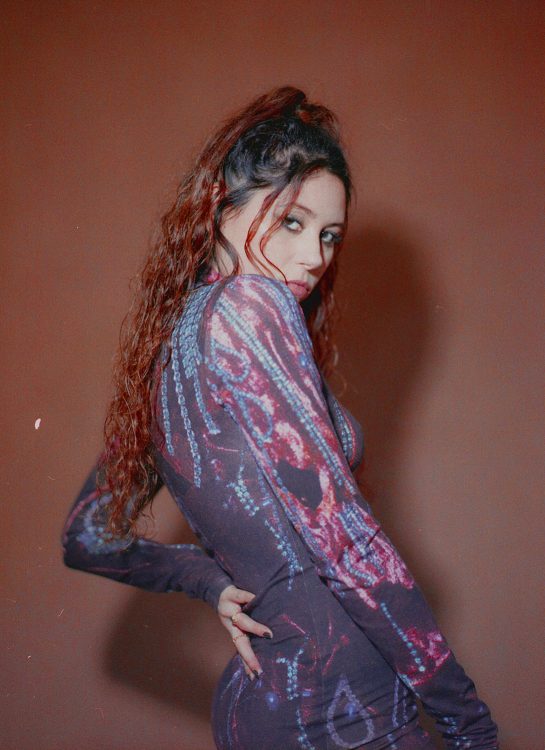 “I’m not one to preach,” she starts. “But, I personally think the issue about the world is a lot to do with how we are with ourselves. If we were actually to follow our instincts and do what we thought was right, we wouldn’t do a lot of things that we do do.” In order to live in the most full-bodied way, to spark new narratives about engrained ways of thinking, ELIZA stresses the importance of questioning why we act and behave in the ways that we do. “I think it really only starts with how you feel and finding that peace where you know that everything you’re doing is for the right reasons and following your gut.”

This focus on the self and feeling safe and secure in your own mental space is also something that she applies with fervour in the music that she creates. “Obviously, the kind of words we use to describe the sounds can never exactly describe it. But, I just go with what my ears like and follow them,” she says. “I’ll just slowly work on the mix a bit and sculpt it to what makes my ears happy.” 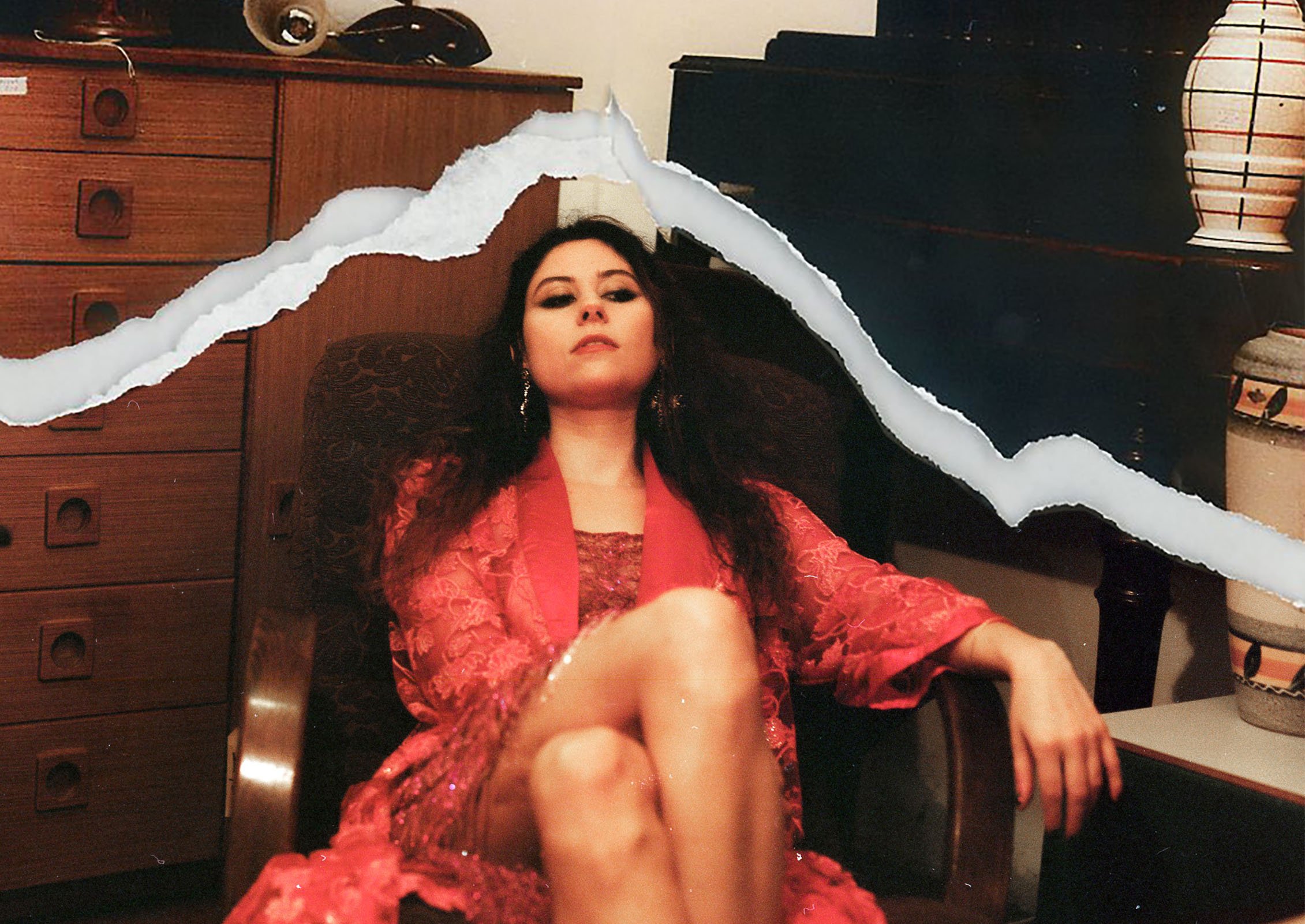 The significance that she places upon an almost self-indulgent way of living is just another thing that has made her slow and steady maturation all the more refreshing. Constantly open to evolving, her arms wide open to all the pleasures and excesses of the world, ELIZA exhibits the unpredictability and refreshing spirit that explains we we’re waiting with bated breath for her next musical endeavours.

But, what are her upcoming plans for 2020 – not regarding music, but simply for herself? “I feel like I’m on the cusp of something and I don’t even know what it is,” she beams. “You’ve just gotta have some fun, laugh, and enjoy life.” 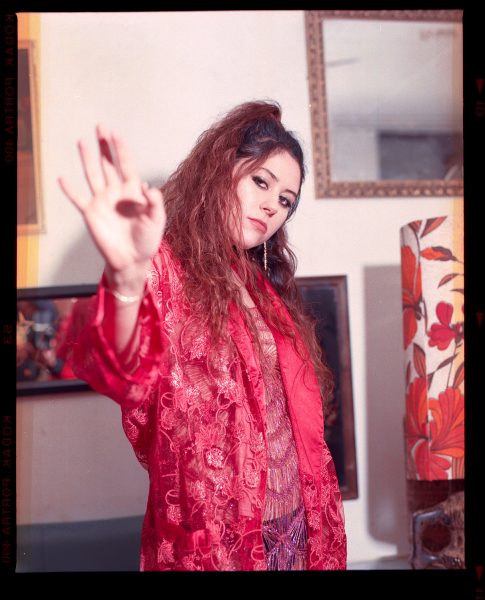 Dig into Eliza's soulful and smooth video for 'LAVA/TREACLE' below!