Formed of Serra Petale (guitar), Agustina Ruiz (keytar), Josefine Jonsson (bass) and Nic Crawshaw (drums), Los Bitchos! emanate a heart-warmingly wholesome sense of camaraderie that can only stem from deep rooted, genuine friendship. Although they hail from countries around the world, the four piece met in the most organic of ways – through house parties and mutual friends.

Their debut album is a technicolour freedom record for a post-pandemic world, smashing together a melee of sounds from around the globe – from Peruvian chicha and Argentine cumbia, to Turkish psych and surf guitars. Although the title itself is a reference to a long-standing inside joke between the band members, it’s also a coincidentally apt celebratory statement, beckoning in the promised ‘Roaring 20s’ era, full of parties, debauchery and good times. Filled with gnarly guitar riffs, whooping and hollering, ‘Let the Festivities Begin!’ is more than a soundtrack to the wildest fiesta of your life, it’s an invitation.

With the full band assembled via Zoom, we dove into Planet Bitchos – a world of party starting, dolphin noises, tour massages and European breakfasts. Dive in! 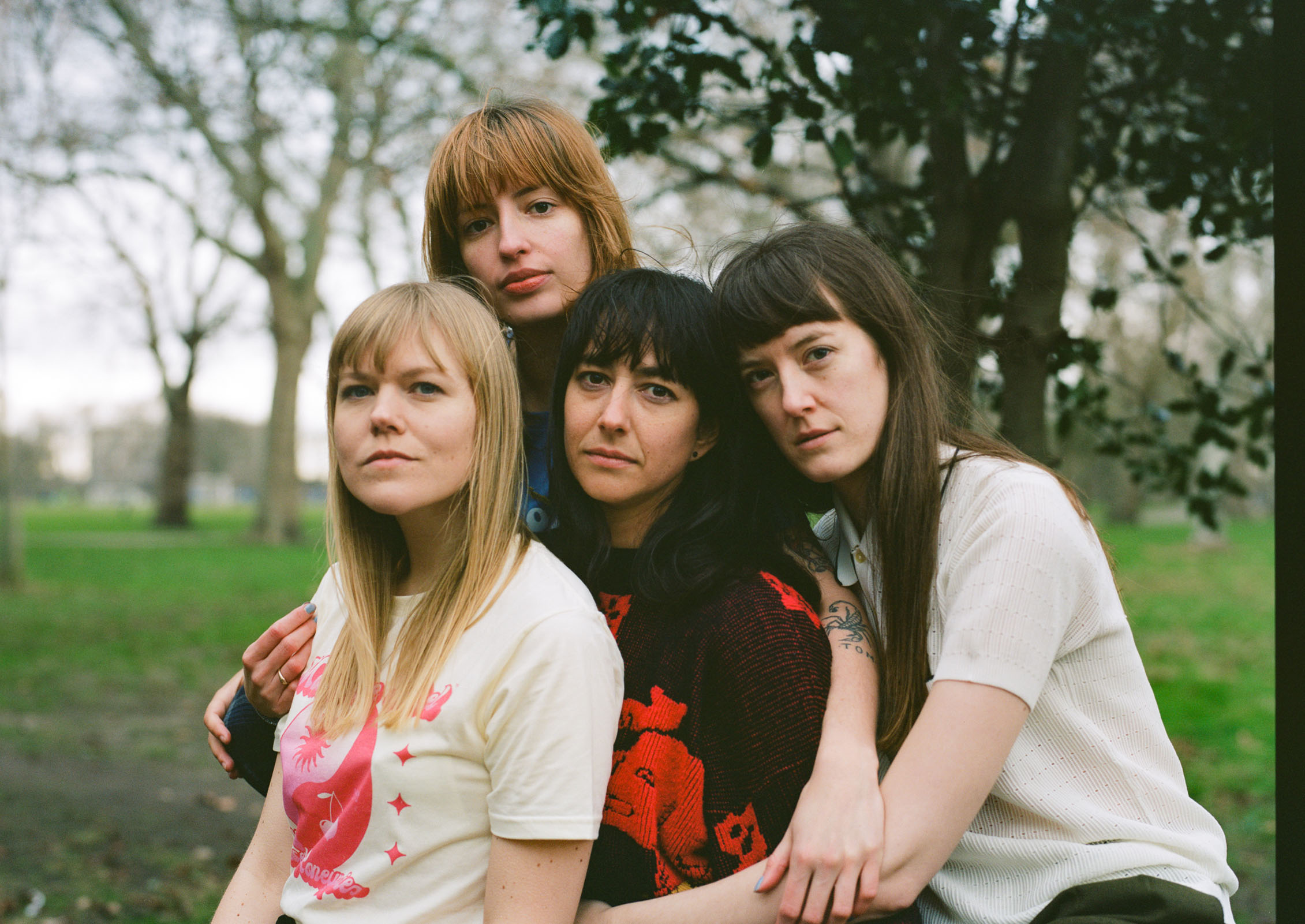 You finished the album before lockdown hit in 2020, so what made now the right time to release it?

Serra: I think now that we can tour, that was pretty important to us because we we had toyed with the idea of potentially, do we just put it out there now that it’s recorded and good to go, but I think everyone unanimously agreed that it would be such a shame to put it out if we weren’t able to tour it live

Yes because it’s such a live record. I actually saw you perform at Sports Team’s Bus Trip festival in Margate last summer and loved the vibe you created in the crowd. Everyone was just letting loose and dancing their heads off. You were also swigging a bottle of Mezcal on stage! Such great vibes.What kind of energy do you want to give off when you perform?

Serra: Just having a good time!

Nic: Having a good time, yeah! We want everyone to enjoy it as much as we do [laughs].

Serra: You want everyone to feel like they’re at a little party.

Agustina: And forget about the bad things and just dance and enjoy.

You’re embarking on one hell of a UK and Europe tour. What are you most looking forward to?

Josefine: Meeting people, seeing new places and finally actually touring the album with it being out. We’ve been gigging a lot of the songs for a bit but now that people will actually have heard them before coming to the show, I think that will be quite special.

How’s the tour going to work? It’s quite a stacked run of dates, from February all the way until the beginning of June!

Nic: We’re doing a couple of weeks in the UK and then we’re home for a bit and then we’re going to South by Southwest [in Texas]. And then we’re back for a week or two maybe. And then the Europe tour is basically five or six weeks on the road. That’s the really long stint. 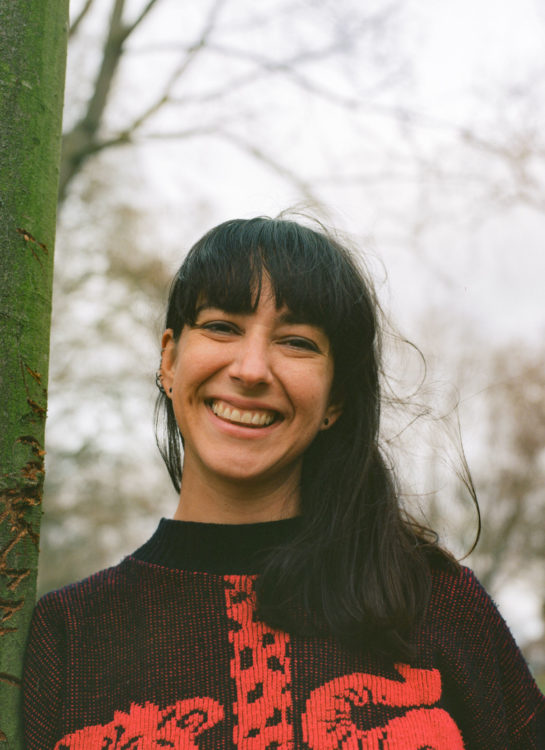 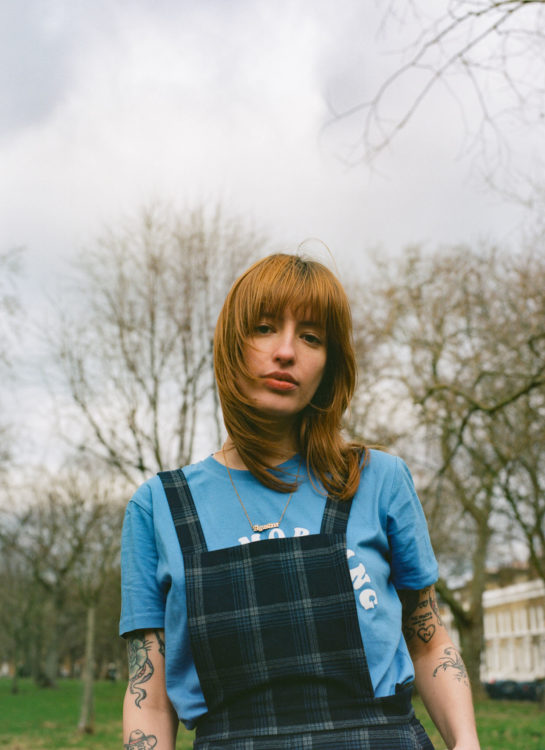 How are you going to stay grounded when you’re on the road?

Nic: Lot’s of green tea. I shall probably be dishing out massages, left, right and centre. Keeping everyone’s necks and backs in check.

Josefine: Perks of having a physio on tour!

Nic: I think we’ll just have to pick our nights to have a party.

Serra: Pace ourselves a little bit!

Nic: We love a hotel breakfast; lots of wholesome European breakfasts. And we’re pretty good at looking after each other to be honest. We’re a very loving band.

I love the title of the album, ‘Let The Festivities Begin!’ I don’t know at what point you named the album but it feels very apt for the post-pandemic era of the ‘Roaring 20s’. Can you dive into the story behind it?

Agustina: Well, it was way before actually. We were recording the album. It was my birthday – and I’m a massive fan of my birthday. I put a little hat on and I said, “Let the festivities begin!”

Serra: With a dolphin noise!

Agustina: Yeah, with a dolphin noise.

Agustina: And then we just decided to use it for the album. It became an inside joke for us.

Nic: Everytime having a shot – “Let the festivities begin!” Or if something really un-festivity was happening. Like, [puts on sombre voice]

“Let the festivities begin”. Naming the album, it was just like such an obvious choice.
Serra: We couldn’t think about naming it anything else.

Agustina: Now it works perfectly as well, but it was a coincidence.

Josefine: It started as an internal joke, like most of our things do [laughs].

Nic: It’s a nice symbol for our debut album and the beginning of the band’s journey. 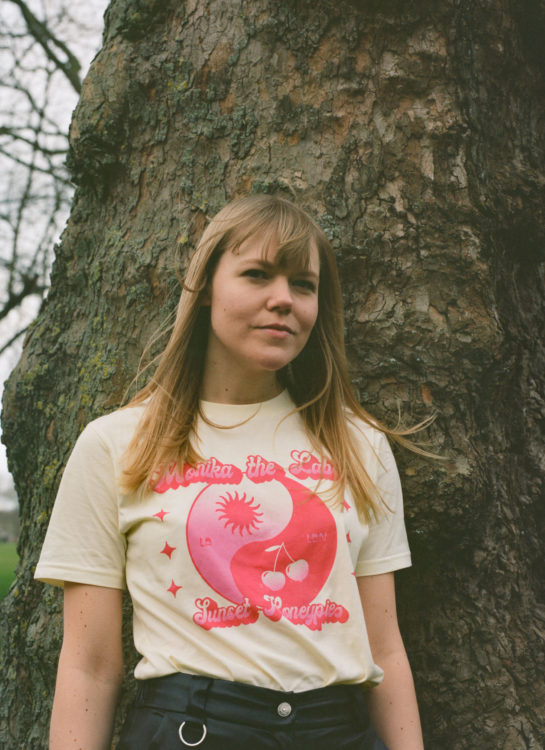 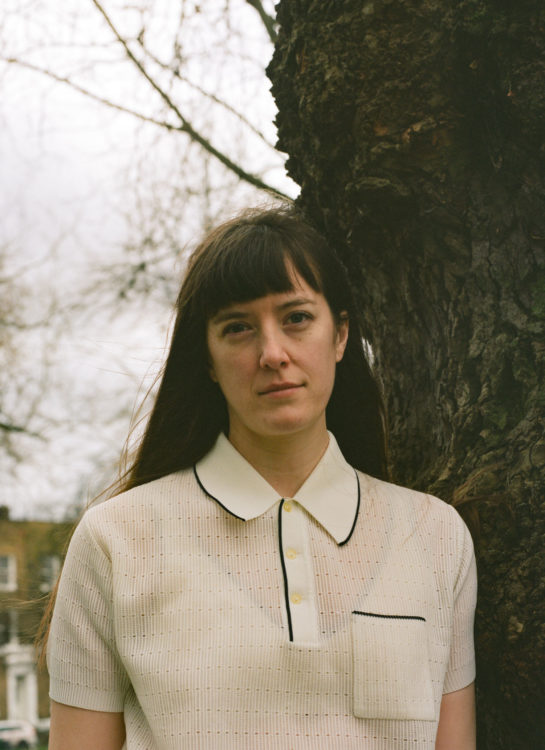 There’s such a wide range of influences on the album – from pop and punk to disco, funk, psychedelic rock and Latin American cumbia. You all bring in different sounds from your upbringings, but how did you go about piecing them all together to arrive at Los Bitchos?

Serra: I’d say that’s quite accidental. When it comes to writing, because all of our tastes are so diverse, we’ve got such a mix coming in anyway. We just pop in stuff that we like. On some certain tracks, some are gonna be slightly more cumbia, slightly more Turkish, slightly more rock or punk or something. But everything on the album is a snippet snippet of stuff that we’ve listened to over the years that has really inspired us really. There’s not necessarily a template that we go by, it’s like incidental, whatever you’re listening to at the time, whatever spurring you want in that moment.

What was the creative process for building each song? Did you start off with jam sessions and see what stuck, or meet with specific ideas?

Serra: I do a lot of the writing at home because I find it very difficult to write in a jam session. I envy any band that can do that, honestly, because it’s never something that’s worked for me. I enjoy it but I’m not one of those people that can try and structure or come up with a whole song. Maybe you’ll get like a little riff, but I find like the notion of just being able to have that time to sit down, to work things out, to change things, to cut things, to delete things, to maybe even paste something slightly incorrectly. I was thinking about this the other day, so many of the bits on some of the songs are just me being a not very good sound engineer because I’ve just been like, ‘Paste that there, see how that works’. And I’ve pasted it wrong but it’s worked. So we’ll play it like that, then. I find that doing those little bits at home, when you have the mental space to do so, is a lot easier. But then it’ll be in a demo form and we’ll take it to like a rehearsal room where inevitably that’s going to change again, because everyone’s playing their way. Everyone’s putting ideas on that makes sense to them. And then of course, depending on who produces the album, maybe that can again morph into what you hear on the studio version of the album. So there’s a lot of different stages to it, which is pretty interesting. 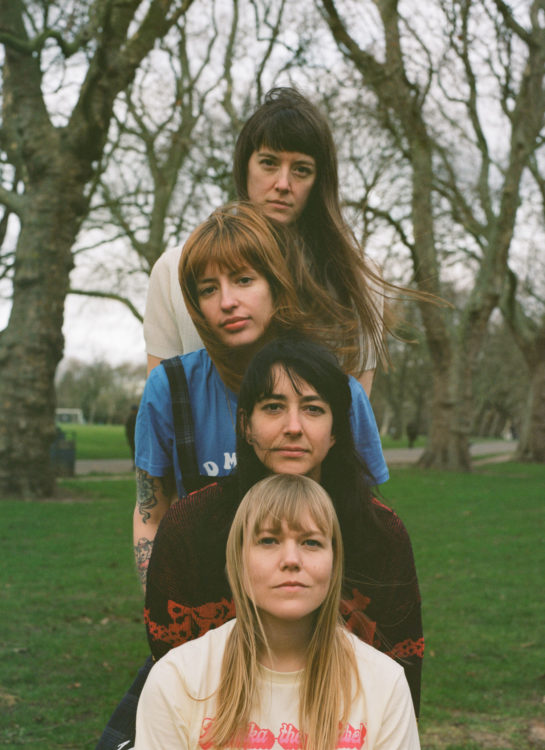 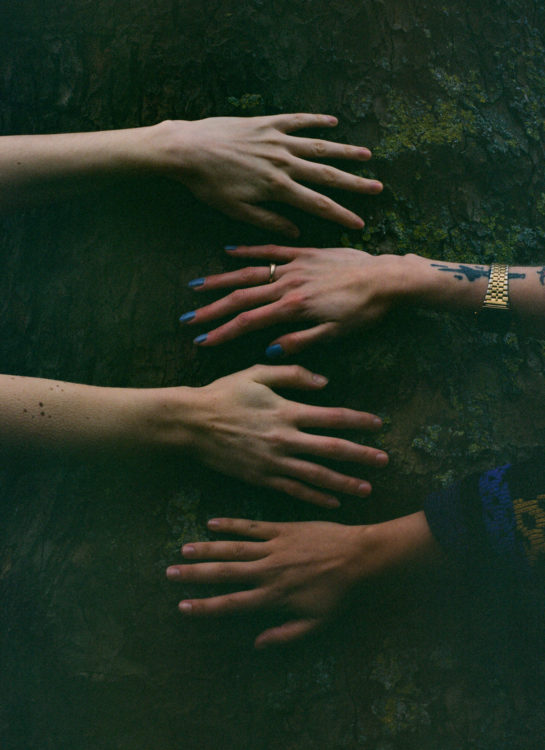 The album is instrumental – was it always an intention to leave vocals off the record?

Serra: We’ve always been instrumental. We don’t have any aversions to yelling. Like, if something’s funny, if something works, you want to put it on, just go for it, see how it works out. We even have an audio message from Agustina on the album, which was in no way, shape, or form, or professionally recorded in a studio. The basis of the album was instrumental and the project itself has always been instrumental. Personally, as a writer, I find it a lot easier to do guitar lines as the focal point, bass or keys. As long as it’s instrumental, I find that a lot easier. And it’s really exciting as well. This is my first instrumental band I’ve ever been in – and hopefully not the last [laughs]!

You had a radio show on Worldwide FM, Planet Bitchos, which explored music from a new corner of the globe each month. What was that like?

Agustina: We did it during lockdown. It would be impossible for us to do it right now with all the touring and everything, but it was amazing to do it. It was a good distraction for us during lockdown to get new music and show it to people.

Josefine: It was really fun. I think we got approached out of the blue. But the timing of it was perfect. Because it was just at that time when we had to stop rehearsing, stopped getting together. And it was actually something we felt like we could do remotely when we weren’t able to see each other. It was a good little project to have going. The concept was based on – because we couldn’t physically tour, we were pretending we were doing this virtual tour around the globe, discovering the music from all the different countries that we visited. I felt like we discovered a lot of new music. Because you have to do your own research and dig into things and there’s definitely songs and music that I listen to daily now that I wouldn’t have come across unless we did this. I’d love to continue it when we have time. 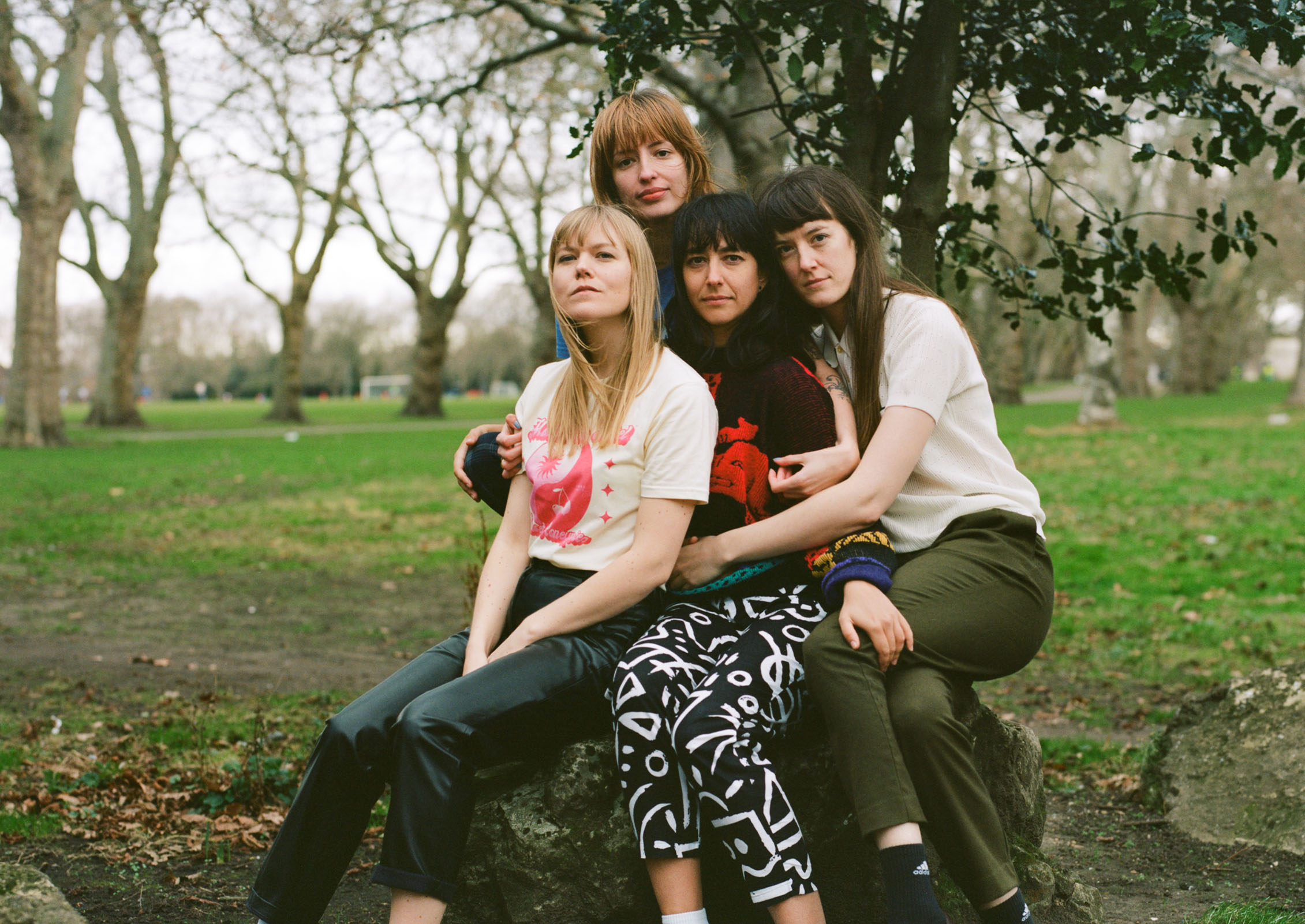 Stream 'Let the Festivities Begin!' below: