Starting his musical career as a member of the “150” collective known for pioneering drill in the UK, M24 has taken the acting plunge. The artist is starring in Jungle, the new highly anticipated UK Original six-part scripted series exclusively on Prime Video.

Produced by Nothing Lost, Jungle follows the lives of several strangers who are somehow connected, each facing their own struggles and life challenges. Through a prism of UK rap and drill, the stories of strength and perseverance in a tough environment unfold. Ultimately, it’s a world where one law governs everything: only the strongest will survive.

We caught up with M24 to rundown his acting debut, from his favourite series moment to getting how he got comfortable on screen. Dive in! 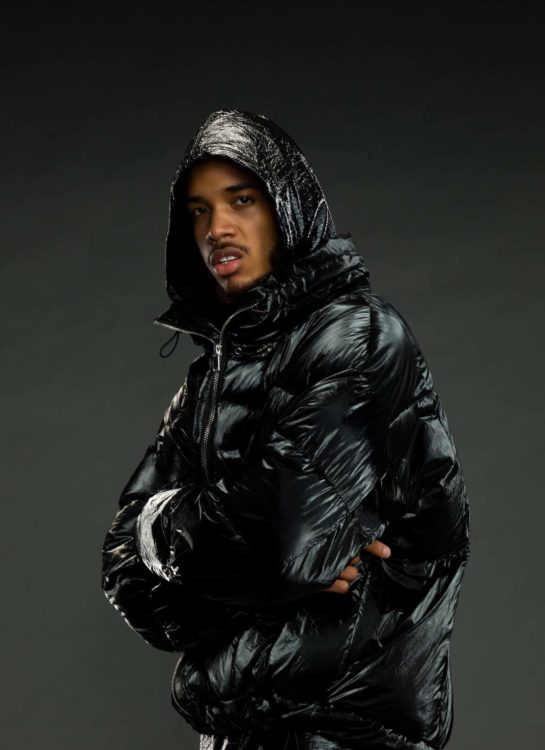 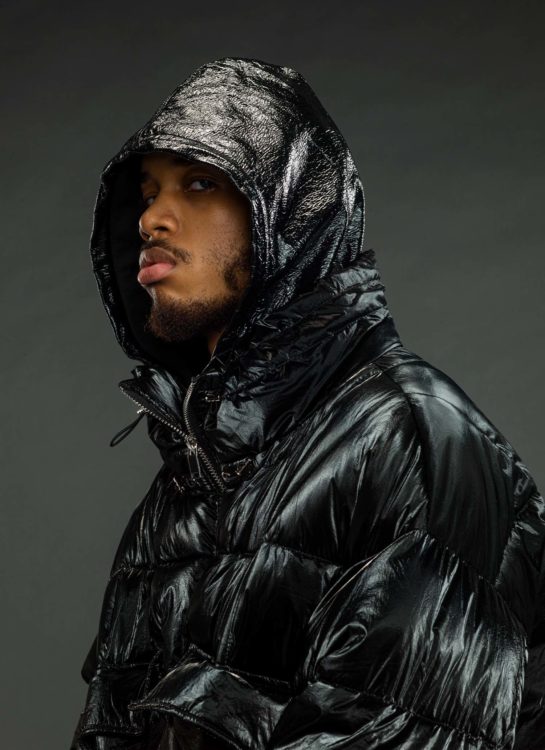 What made you want to get involved with this project?

With Jungle as a whole, Junior (Junior Okoli – the creator of Jungle) did a pilot at first in 2017 or 2018. It wasn’t as big as the one now, we just used cameras that we’d film normal music videos with. We did the pilot and I believe it got pitched to Prime Video and they took it on. Then through the relationship that me and Junior had, he called me on to do the actual series. It was a no brainer, as the pilot alone was a good experience so I was thinking let me try to do something bigger and better. As well as music, I’ve always liked acting and I was always going to get myself into it so when the opportunity presented itself I just took it. Since I’ve met Junior he’s been a major person in my life and he has always tried to push me.

How do you feel about Jungle being released?

I’m excited right now, I can’t lie to you, I’m excited! I just want to see what people think. I’m excited to hear everyone’s opinions and reviews. It’s good because there’s nothing like Jungle out there. I can’t wait.

What can viewers expect from the show?

Viewers just need to expect to see lots of rappers in dialogue. It’s a musical and at the same time it’s a drama series. It will be relatable to those that listen to my type of music already or the other artists featured. It wouldn’t completely throw people off, but they should just expect to see something real different. At first I was skeptical because people would think I’m just a rapper that acts. We didn’t want it to look like it’s a rapper pretending to act because at the end of the day, music is our form of communication, it’s storytelling already. It tells the story of where I’m from and who I am.

What message do you hope they will take away from it?

The message I can say from my experience is that for the younger generation and everyone watching it don’t just box yourself into doing one thing. The message I can put out there is to do what you want to do because where we come from, we don’t really get to see people starring in a series of this magnitude. The message I’m trying to show through this is to try to aspire to be different and always try different things. There’s people out there trying to leave the street life but getting sucked back in by the road, but the message is always to try something new. Even me, when I first started acting I didn’t know what I was doing. Junior was pushing me to come out of my comfort zone, and kept on pushing, which is why we’re here today.

Stepping into a screen environment, what was the biggest challenge and learning curve for you?

My biggest challenge was getting comfortable. I’m only really comfortable around my close people, people that I know or have a close relationship with. Anything outside of that I kind of have a wall up until I have sussed the person out or got to know them a bit better. Through working on Jungle I’ve had to drop that wall completely and I’ve had to realise that this is acting and I have to show my emotions, I have to put my emotions into it – that was the biggest transition for me. Junior spoke to me and nudged me a couple of times and told me bro let that wall down, that was the biggest challenge and I finally did.

Is there a moment or scene you’re most proud of?

To the viewers, I don’t want to give away too much, they’re going to have to watch it and come up with their own favourite scene. For me, my favourite scene is when we were filming in the shop. It was a scene where I had to rummage through bare things like I got to smash the fake glass. It was actually a mad experience like people actually do this in Film & TV. I’m going through the wardrobe and I’m smashing stuff up. It was a great experience for me like I didn’t know about that fake glass stuff. That was probably one of my favourite parts. I remember because it was such a big budget show, we went in the room and the place looked so nice then they’re like to me ‘mess up the whole place’. At first we were hesitant because you can tell the set designers put so much effort into it.

Even with IAMDDB who I play this same scene with, I had to put the fake prop that was a gun in her neck but obviously when you’re acting with someone that’s a woman, you’re not really going to want to put it in her neck. I didn’t really want to grab someone’s neck that is a woman but she was like to me bro just do it. Then that kind of made me a bit more comfortable to do it. Another one of my favourite scenes was with J Fado (rapper) because I had to grab him up and shout at him. I remember that scene because it was late and Junior kept promising me that I’ll be going home in the next 2 hours and he was like this is your last scene.

How was it working with such a great cast?

It was lit! When everyone has the same direction and everyone is trying to get this one thing done. Everyone is just working towards it and doing their bit, putting energy into it and the vibe was special. Especially with Junior because he’s kind of been like a mentor to me, he’s got a lot of stuff out of me. He got that confidence out of me by working with him on this series. IAMDDB is natural to the point where I thought she had done an acting job before. Myself and RA already have a connection because of where we’re from so there was already an existing relationship.

Why did it feel important to have cast members and features from people actually from the music scene?

Jungle is both a drama series and a musical, so I feel like bringing artists into it was the perfect thing. With the music side especially it would come naturally because we’re already telling these stories through our music. Putting it into a series where I’m acting now, I feel like it resonates more with people. It made a lot of sense to me.

Like put it this way, Jungle is a scripted show but we wrote our own lyrics. I’m not sure about everyone else but Junior would give me a plot for the scene and tell me this is what you need to talk about. My lyrics were now being used as part of the script but I was acting as another character which gives testimony to our talent as artists and why it’s important that we feature. It’s powerful. Like deep it, a good portion of the script was written by the rappers.

What role does music play in the show?

Music plays a big role in the show because a lot of the actors in the series are musicians which already directly links back to music. When you’re a normal person watching it, you’ll be spotting different artists. In Jungle, there is a lot of music dialogue, like people will be watching it for drama purposes but it will also be another opportunity to listen to new music.

Similar to Broadway Musicals or Shakespeares, their culture was being portrayed through their poetry or the music side of things. Or let’s take Chicago, it was portraying things going on within that era. With this the story is about London street culture, of course it’s quite futuristic and fictional but the basis of it is still street culture and the storytelling of that. Using our language and our music to get that story across is very powerful.

Do you see yourself in any other acting roles beyond this genre?

Of course, this was just the way for me to get in the door! This was just for people to look at me like I’m not closed off to doing just drill music. It’s definitely something I’m open to and looking to explore a bit more.

Find out more about Jungle on Prime Video here.

Watch the 'Jungle' trailer below: