Madam X: “I’ve Been Trusted to Play Whatever I Want”

Ahead of a set at The Cause’s 'Tribes' party this weekend, we spoke with Madam X about KAIZEN's return, Mary Anne Hobbs' greatness and how to stay healthy in 2023.

Rooted in soundsystem culture, Madam X’s multi-genre mixes have seen her play at clubs and festivals across the globe. With a fondness for electronic music’s dark and industrial sounds, the DJ has become a leading figure in many of the country’s budding nightlife scenes for well over a decade. Wielding sonorous dubstep with off-kilter garage grooves and unfettered techno with throbbing basslines, the multifaceted selector’s graft is certainly paying off.

Starting KAIZEN, her trailblazing record label, nine years ago, Madam X’s community-driven authenticity has taken dance music to new heights. Founded when at the epicentre of Manchester’s lauded underground scene, the imprint’s featured music from brooding half-stepper Biome and skittering floor-shaker Walton. KAIZEN recently returned after a two-year hiatus. Coming back with vengeance, and a heavy-weight double single from Cartridge, the imprint’s new roster champions the next generation of leftfield club music. New artillery courtesy of dubstep kingpin Cimm debuted at the tail end of 2022, and truly announced the label’s return to the fold. 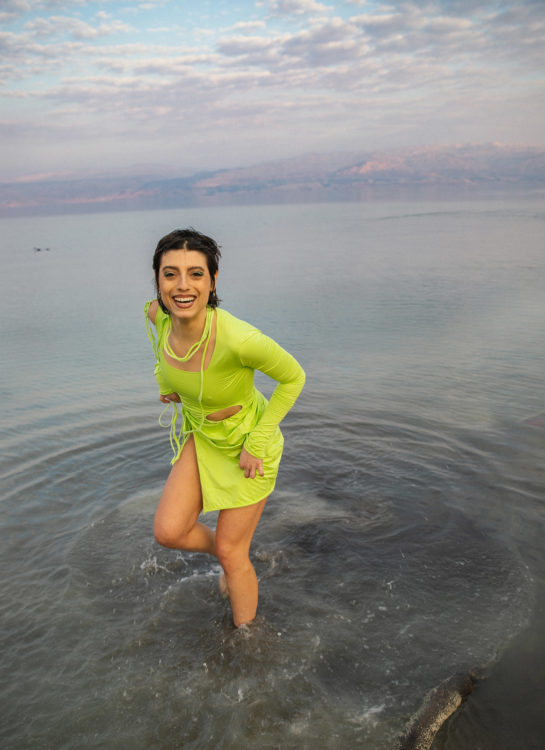 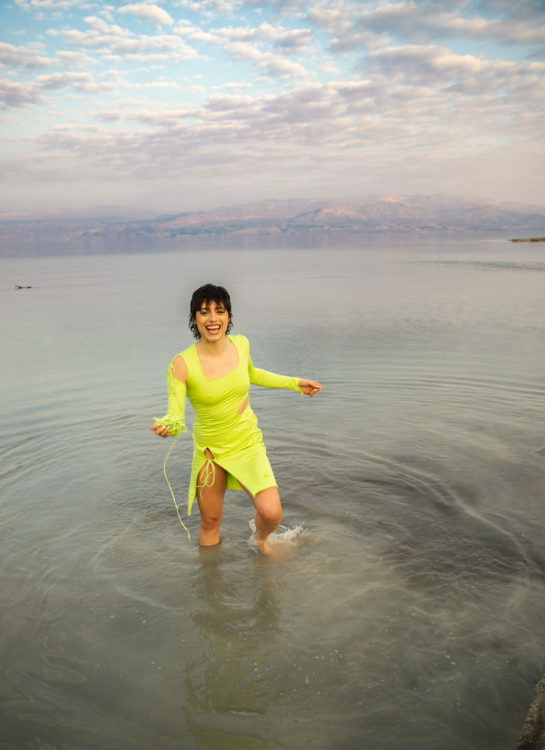 Turning dancefloors on their head, Madam X’s selection skills have won her frequent sets across Britain’s internet radio network. Spending over six years on NTS, with her KAIZEN show, the label managers become a seasoned voice on the global broadcaster, which operates in over 50 cities around the world. Further aligning herself with the biggest names in dance music, Madam X became a BBC Radio 1 resident this month; from start to finish, each show delivers a power hour of ghastly club music. The hot seat hasn’t fazed her, and by the day people are becoming more familiar with the club impresario’s endlessly innovative blends of bass-driven music.

Ahead of a set at The Cause’s ‘Tribes’ party, we spoke with Madam X about KAIZEN’s return, Mary Anne Hobbs’ greatness and how to stay healthy in 2023. 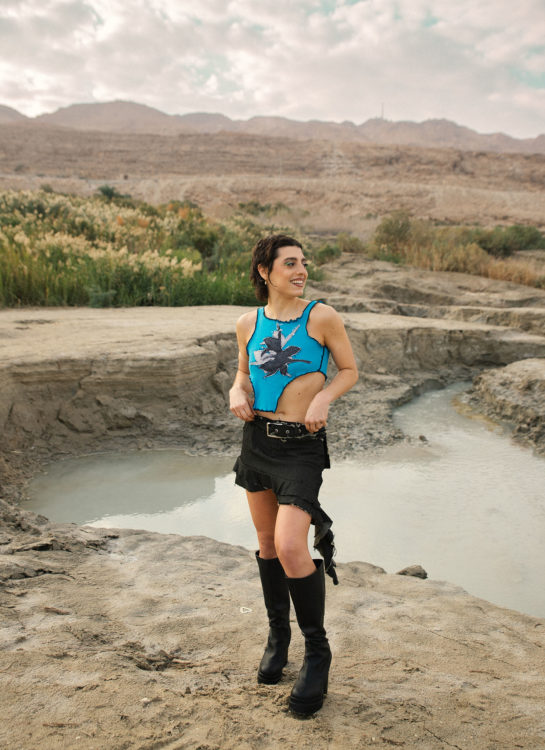 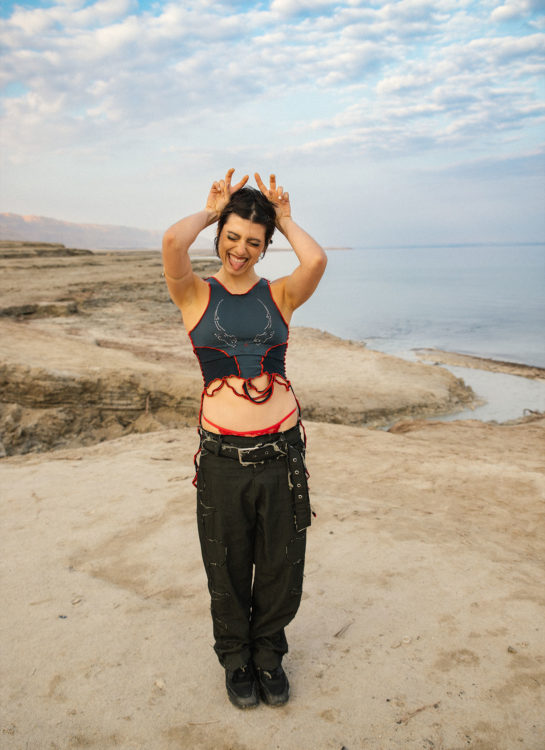 You recently started your residency on Radio 1, congratulations! As someone with lots of radio experience do you see this as a milestone moment or another opportunity to continue hearing Madam X on the airwaves?

Being on Radio 1 is a badge of honour. There’s a part of me that knows it makes sense given how long I’ve been Djing and grafting, but there’s also the inner-18 year old in me who’s insanely excited, honoured and slightly in disbelief to have gotten to this milestone moment. Timing is everything. It’s surreal to think how many listeners there are and that I’ve been trusted to play whatever I want. It’s a powerful position to be in and one I’m fully embracing and using it to showcase my peers and put my favourite producers on the map.

On your first residency show, you mentioned that yourself and fellow DJ Ahadadream go way back, meeting at a student radio conference. When did your fondness for radio and broadcasting start? And when did you first realise that this could be something you turn into a successful career?

I’ve always had an affinity for radio. Before we had YouTube, Spotify and access to archives, it was essential to be “live-listening” to your favourite DJ so you wouldn’t miss an exclusive tune or Dubplate. I remember religiously listening to radio with my cassette recorder, recording every interview and show and track so I could replay it in my own time. I never really thought of it as a career until I listened to Annie Mac and Mary Anne Hobbs and got totally obsessed with their “boss-bitch” energy. Two women dominating the airwaves with legitimate club music at a time that was completely oversaturated with men. Hearing their voices broadcasting live to the nation was my lightbulb moment.

Mary Anne Hobbs is such a pivotal figure on the BBC network and someone that you’ve name dropped for her “golden years” on Radio 1. Can you paint a picture of your relationship with her first as a fan and now as someone who keenly plays music from KAIZEN, your amazing record label?

Just pure admiration and respect. I respect everything she does and has achieved in her career. She single-handedly brought dubstep to Radio 1, to the nation and provided voices, careers and a platform for Mala, Coki, Skream, Artwork, Benga, Loefah, Hatcha, Plastician etc (the list is endless). She was the catalyst for an entire movement and evolution of music. She put dubstep on the map and she continues to keep her ear to the underground with her 6 Music shows. She’s a legend.

KAIZEN just came back after a two-year hiatus, why did you decide to take a break? And where would you like to take the record label going forward?

KAIZEN is a record label geared for clubs so it didn’t make sense to me to release club music at a time when we weren’t allowed to rave. Now we’re allowed to go out and have euphoric dancefloor moments it’s the same as it’s always been; “continually moving forward” and staying true to what I like. I don’t release anything unless it gives me a visceral “fucking-hell-I-must-have-this-tune” reaction. Going forward, I’m open to anything. I’d like the label to grow from a one-woman operation to something with support and structure, so I can invest more in the artists and their creative ideas. KAIZEN has always been a passion-project I invest and don’t take from. I want to be able to have the tools and funds to promote the music professionally so my artists can reach their full potential. 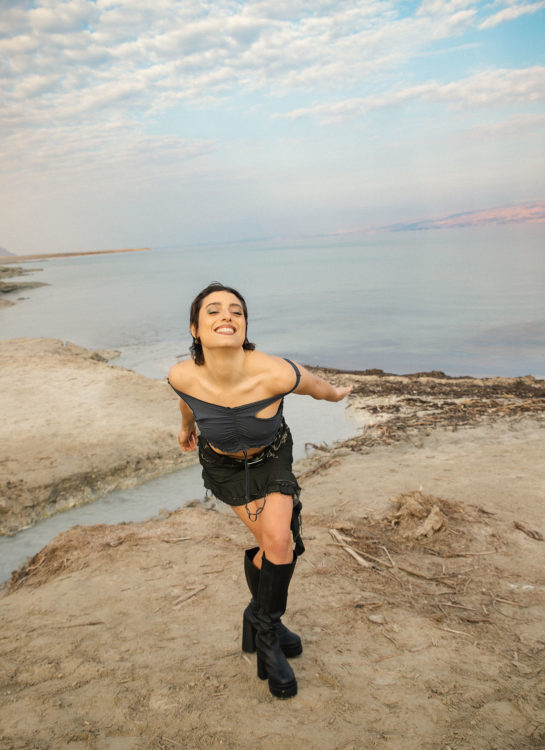 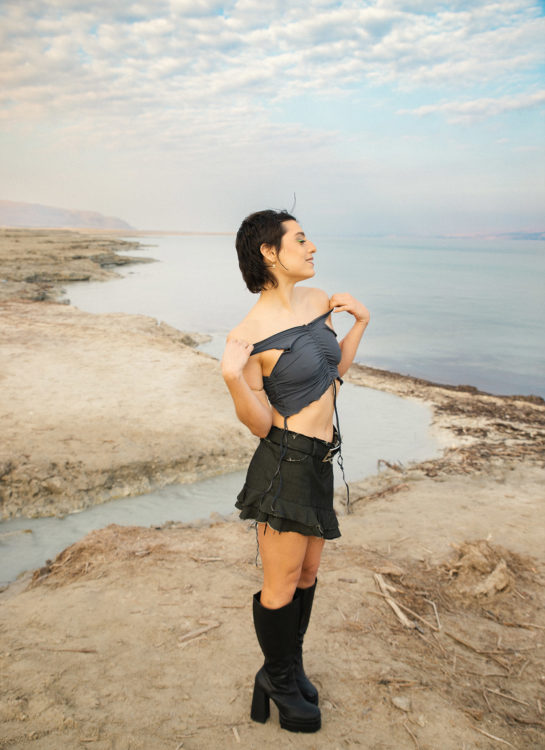 One of your idols is Loefah, who you’ve given plenty of praise previously. What have you learnt from him and his record label SWAMP81? Is there any ethos the dubstep scene and its ‘golden era’ taught you that you still stick by today?

Loefah has been the biggest mentor throughout my career and I owe him so much. I’m so grateful to everything he’s shown me and I really think he’s one of the most selfless and caring individuals within our community. You can tell everything he does comes from a passion for the music, and that’s something I’ve always held onto. I had absolutely no clue what I was doing when I first started, only that I wanted to release this music and I wanted it to be on vinyl.

When Chunky told him what I was attempting to do, Loe came to me and said he wanted to help, and even let me operate KAIZEN as a subsidiary label to Swamp 81, so I could have the finances to do it. He’s never asked me for anything from the first 2 releases I filtered through Swamp, and still to this day, I remember him turning to me and saying “Why wouldn’t I help? The music you’re putting out is all part of what we do. If you win we all win” – it’s actually making me emotional. I guess the biggest thing I’ve taken away from all of this is to stay humble, stay true to the music and keep helping others.

As well as being a leading DJ, label manager and club impresario, you run the clothing range ‘MDMX-01’. Can you tell us about this creative plunge and how you tie it in with the music?

The MDMX-01 collection was an extension to the MDMXERCISE classes my sister and I launched during the pandemic, bored in Greece, helping ravers to get fit and motivated at home. I created the clothes with my go-to-partner-in-crime Luke Menikmati who always delivers high quality garments and kills the aesthetic. We’ve created some insane pieces over the years and it was a no-brainer to fuse fashion with raving and fitness. The MDMX-01 collection can be worn at Berghain, in the gym or just out and about. It’s multi-functional, multi-purpose and turns everyone who tries it into a goddess.

Another great passion of yours is fitness and wellbeing. For those needing some January motivation, what advice would you give to work out and be healthy in 2023?

Celebrate the small wins and don’t put too much pressure on yourself. Mix it up. Find what style of working out works for you, chuck a mix from your favourite DJ on and get lost in the music. Exercise is fun! It’s not meant to feel like a chore, so make sure you’re doing what feels good for you. Practice gratitude. If you have a fully functioning body that can move freely and get you out of bed in the morning, be grateful for it and thank it with good foods, movement and exercise.

What’s next for Madam X? With so many creative avenues already on the go, is there anything else you’d like to try soon?

Stream one of Madam X's mixes below: