Made in Mzansi: A Rap Masterclass by A-Reece

Breaking his silence, A-Reece opens up about the loss of loved ones, life in Mzansi and being crowned a South African star.

After kicking off  2021 with his infectious singles “Morning Peace” and “5 Year Plan”, A-Reece is back with a bang. The Mzansi rap star has just dropped his long-awaited and hotly anticipated fifth full-length project, ‘Today’s Tragedy, Tomorrow’s Memory’.

Recorded in a year of disruption and dismay, ‘Today’s Tragedy, Tomorrow’s Memory’ bears a fitting title. Not to mention, an accumulation of his best work yet.

Hailed as one of the best rap artists in South Africa, A-Reece is taking the industry by storm.

At just 19-years old, A-Reece became one of the youngest artists to win the highly coveted ‘Lyricist of the Year’ award at the South African Hip-Hop Awards, after garnering critical acclaim and chart success for his 2016 debut album Paradise, which also led to a ‘Best Rap Album’ nomination at the South Africa Music Awards, and three nominations at the Metro FM Awards in 2017. A-Reece’s untenable body of work of the past few years has also led to yet another award nomination at the upcoming 2021 MTV Africa Music Awards.

A true-paradox. Despite amassing a cult-like following in his ever-loyal fan base, A-Reece opts to take a step back from the spotlight and remain aloof. A creative lone-wolf, it was a pleasure to catch up with him and talk about his love for music, latest drop and staying independent. 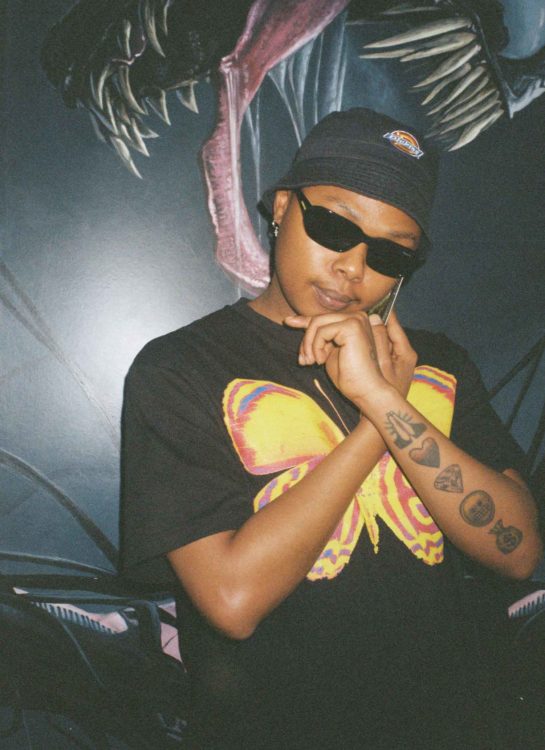 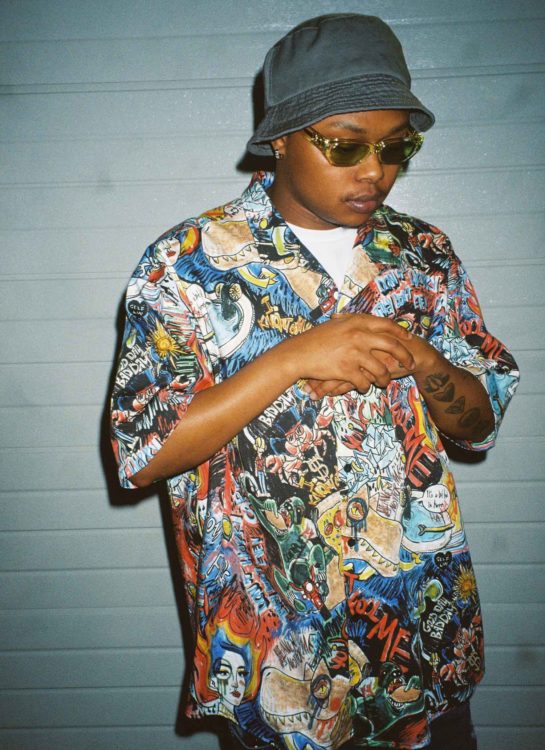 With all of the crazy things going on in the world, how are you doing?

A big congratulations on your latest release and fifth full-length project, ‘Today’s Tragedy, Tomorrow’s Memory’. What does this mixtape mean to you?

A lot of time and effort was put into ‘Today’s Tragedy, Tomorrow’s Memory’. It means everything to me.

What was the songwriting process like for this new project and was it different to your other records?

Prior to this new project, I would usually freestyle my verses and record them in sections depending on how quick I’d think of another idea. With TTTM, it would take me a little longer to put a record together because I decided I wanted to write everything down before putting it on the mic.

How did you come up with the designs for the project’s super cool artwork?

I met Farai (the designer) through a mutual friend, and after going through some of his work on Instagram, I knew he’d be the right guy to get on the project. His style of painting instantly caught my attention. I literally gave him the theme of the tape and let him listen to it, we went back and forth exchanging ideas and he just took it from there.

After dropping the super catchy “Morning Peace” as a single earlier this year, other tracks offer more of a soulful golden era hip-hop sound. How would you describe your sound and vibe?

I think the vibe varies depending on how I’m feeling or what kind of beat I’m working with, I usually go off the feeling of the music. So I feel like I’m still evolving into a more specific sound identity as I keep creating.

‘Today’s Tragedy, Tomorrow’s Memory’ offers an insight into the real A-Reece, opening up about the emotional loss of loved ones through lyrical wordplay and a rap soundscape. What do you hope your fans/listeners will feel when they listen to your latest project?

I want them to feel a sense of hope, and also feel what I feel on those records whether it’s melancholy, happiness, confusion, doubt etc … because I want them to know that they are not alone and that I’m human too.

How did you get started in music, what’s the backstory there?

Growing up I looked up to my older and he used to play hip hop every day. From underground to commercial I was basking in it all at a very young age. By the time he decided to start rapping/recording music I was still in the fourth grade. I started writing my own lyrics and after rapping to him for the first time he told me to write more. I’ve never stopped since.

The mixtape is a follow up from 2019’s hugely popular “Reece Effect”. What or who influenced and inspired the tracks for ‘Today’s Tragedy, Tomorrow’s Memory’?

Just life in general…my life and the people around me, the conversations I have with my family and friends and even strangers sometimes, my own thoughts – production wise a lot of my inspiration mostly came from listening to Kanye West.

Do you have a favourite track?

My favourite track on the tape right now is “Hibachi” because that’s one of the first songs I did for the tape. It kind of set the tone for me.

You have several features such as Jay Jody and Ayanda Jya, how did they come to jump on the track?

Most of the artists featured on there are my friends. Artists I’ve been making music with for some time now so, naturally, it was quite easy to bring them all together. They are super talented and each bring certain nuances that would in return help me evolve musically.

For people familiar with A-Reece, they know very well you are a creative lone-wolf, hard to reach and hardly ever doing interviews. Why do you prefer to keep to yourself?

I’m obsessed with my art and I dedicate my life to it. I’m on a constant mission with myself trying to get better and in order to get to the desired level, I have to sacrifice a lot of time.

Does being an independent rapper/producer give you more creative freedom? Is it important for you to stay independent?

Yes, it does, which is why I’m planning on remaining independent. I don’t have anyone controlling or manipulating my creative process. I get to do what I want and work at my own pace. That way I’m satisfied with what I give my fans.

You are regarded as one of the best rappers in South Africa. Is it important for you to represent and celebrate your home country?

Yes, it is because that’s where I come from and where it all started. Most of my day one fans are South African. I can’t just be oblivious to all of that.

If you could collaborate with any artist. Who would you pick and why?

Kanye West. I feel like working with him would help improve my musical IQ, elevate my perspective on art as a whole. I’m at my best when I’m not in my comfort zone and I think Kanye is open-minded so you don’t know what to expect.

You were just 19 when you garnered so much praise for You have already achieved a lot in your career, but what are your goals and aspirations as an artist? What has been the highlight of your career so far?

To become better with every project. My main goal is to master the art. The highlight of my career so far has been working with Khuli Chana. Someone I’ve always been inspired by throughout my journey.

What advice would you give to aspiring musicians/creatives?

Never compromise the way you create. Always remain yourself.

Listen to 'Today's Tragedy, Tomorrow's Memory: the mixtape' by A-Reece below: