As a young person living in the UK, it’s likely that spiking will have touched your life in some way. Whether that’s being spiked yourself, knowing a victim, or simply being aware of the increased media coverage around the subject, spiking in its various forms continues to be a nationwide epidemic, as perpetrators find new means to force pre-meditated drug ingestion without their target’s knowledge or consent. According to The Alcohol Trust, 1 in 10 young people have been spiked; in last year’s survey by The Tab of 23,000 students, 2.5 thousand reported having been spiked themselves – just a month into term.

Finding statistics on spiking beyond a few surveys, however, becomes difficult. Delving further into the topic, you are given insight into possible experience of a spiking victim looking to the internet for help after their traumatic experience. There is a distinct lack of easily accessed information and support, both symptomatic and emblematic of the current status of spiking in the UK, a crime currently still yet to be made a specific criminal offence. It is expected that only 8% of people who have been spiked report it to the police, and those that do are bounced between services without any real resolution.

Mair Howells is a South London based activist trying to shift attitudes and legislation around spiking. Advocating for awareness following her own personal experience of being spiked, Mair created the platform I’ve Been Spiked both to make change, and as a safe space for victims. 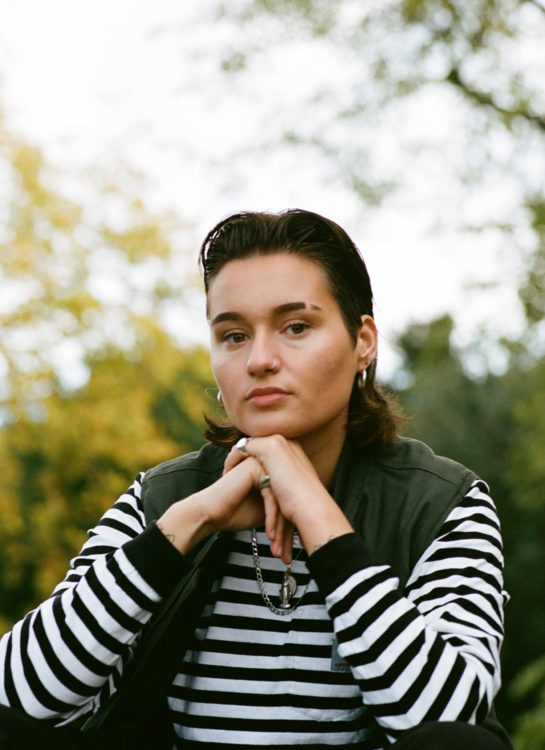 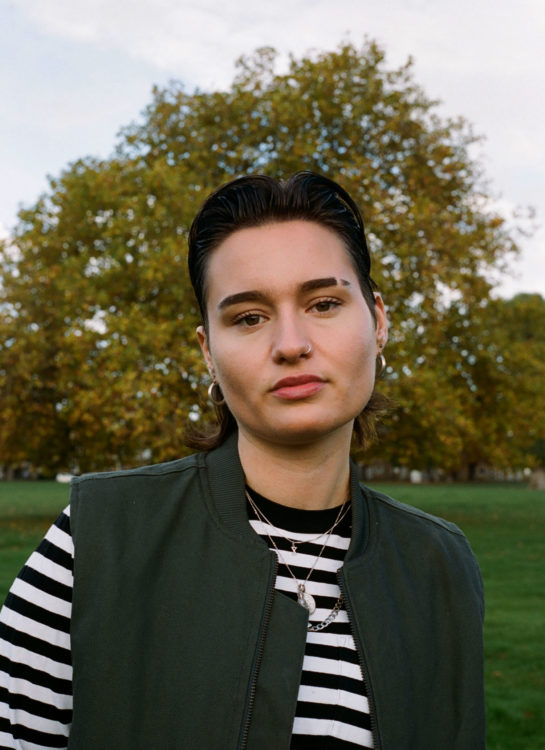 In 2020, Mair had gone out to a local Peckham club for a friend’s birthday. She bought three drinks from the bar. Turning momentarily to pass the two glasses to her friends, Mair believes this is the moment her drink was spiked. Waking up later that night in the men’s toilets with facial injuries and no recollection, it was in hospital the following day she discovered not only her fractured wrist, but that according to the A&E nurse, her injuries implied she had been spiked. With no perpetrator, and apparently too late for the police to retrieve any evidence in aid of finding one, Mair was sent home with no support or follow-up.

This was not Mair’s first close encounter with spiking. Only a few months before, her sister had faced a very similar experience, with an equally unjust outcome. I’ve Been Spiked aims to fulfil a level of support not yet offered elsewhere, in the hope that the government will listen. With action such as a poster campaign appearing in venues around the UK, Mair’s also released a five-part podcast series, ‘Pricks’, that unpicks the frightening new mutation of spiking by injection. The topic is explored alongside testimony from victims, psychologists, police, and lawyers, a former Love Island contestant and a leading criminal barrister.

We dove into the topic with Mair, chatting about her platform, podcast, plans for the future and more.

How are you? Can you tell me a bit about yourself?

My name is Mair Howells, I’m 24 and from Peckham in southeast London. I’m a Creative Director by trade, but I also run an anti-drink spiking page called I’ve Been Spiked.

Could you explain ‘I’ve Been Spiked’ for people who haven’t come across it before?

I’ve Been Spiked is a safe space for people who have had their drink spiked, or for people who want to know more about what the signs of drink spiking are, or how you can help someone. I think when someone’s been spiked, people don’t really know what to do. It’s all about reinforcing how we can come together and support the person.

Then there’s the activism side, where we are demanding action by asking the government to take action on drink spiking. We offer a range of resources for people to access, including anonymous surveys, so people can share their story. When I was spiked, I found just sharing my story was so cathartic. We also offer a newer survey that offers the opportunity to report where exactly you were spiked. Whether that’s the city you were spiked in, or you can go as far as to report the actual bar/club of where you were spiked and it’s all anonymous. From there I’m hoping to approach these spaces and ask them what they’re doing as next steps and what they’re doing to make their spaces safe.

When you started the campaign, what was the response and how did that make you feel?

It’s a weird one. I got spiked, but my younger sister had been spiked just two months before me, so that had put it on my radar. When it happened to my younger sister, I was really angry and wanted to go and find the person. When I got spiked two months later, I started to question: how many people was this actually happening to?

I shared on Instagram what happened to me, and someone shared that their partner had been spiked near to where I was, so I screenshotted that story and shared it online. So many people started responding, saying they’d been spiked or that they had a friend or cousin that’s been spiked. It’s so hard to find any information online, so I decided I wanted to create a hub where all of this information was in one place.

I feel it’s something you’re warned about, like so many other things as a woman, but you never think it’s going to happen to you…

Completely, I just hadn’t really heard anyone speak about it. The night that I got spiked was really bizarre because at that time I wasn’t actually drinking that much, I got to the club and I was sober. After buying that one drink, everything went black. Waking up with such serious injuries was when alarm bells started ringing. 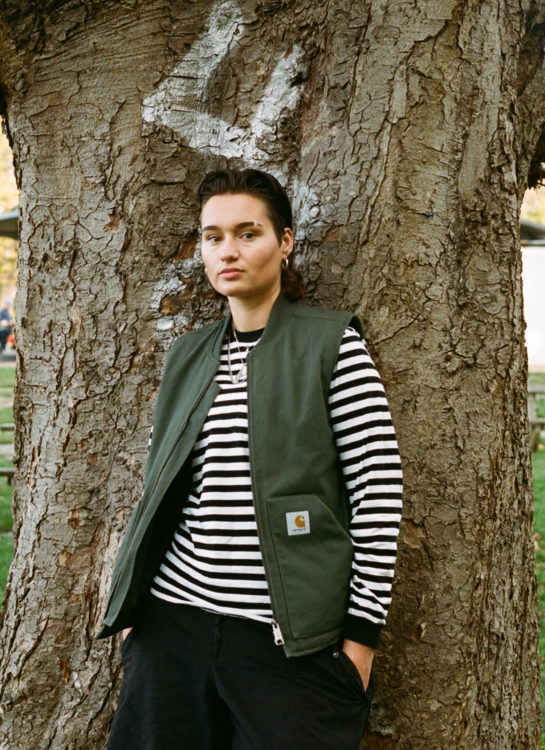 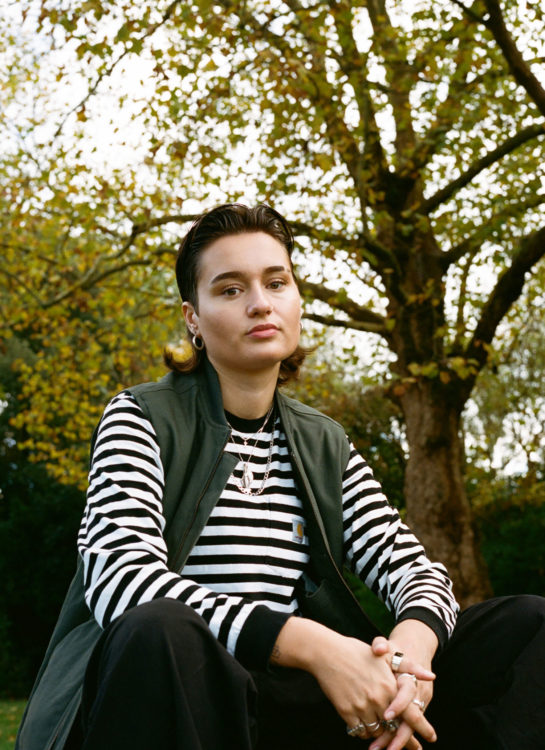 It seems like there aren’t many people advocating for awareness around drink spiking, how did you adjust to finding yourself filling that gap?

There’s been like a lot of times where I’ve questioned, can I actually do this by myself? I find it quite difficult to open up to other people, because I’ve always had the mantra that if I want something done, I’ll do it myself. There have been times where I’ve gotten messages nearly everyday across social media platforms, including my personal ones, about I’ve Been Spiked.

To be honest, it’s a lot! There’s been times where I’ve had to message people back to explain that I want to help in the best way I can, but I’m not always qualified. I’ve had to come to terms with the fact I can’t help everyone. I would be doing them an injustice by saying I’m able to make their trauma go away, but I know I can be there and someone who can listen.

Your sister is the first guest on the podcast and she shares her spiking experience – how difficult is it that the campaign and your work with it is based around such personal traumatic experience? Especially with having people message you, how do you protect yourself emotionally?

I’m very lucky because I have such a great support network around me and I’ve always had that to fall back on. I’m also in therapy myself, but I’ve always found strength in sharing my story and helping other people. That’s been my saving grace throughout this whole thing, knowing that the person that spiked me is still out there and that’s something I have to live with. My way of taking back control over what happened to me was by starting I’ve Been Spiked.

Let’s chat about your podcast ‘Pricks’, the title focuses on unpicking spiking by injection. What motivated you to start the podcast?

The podcast was designed to explore spiking on a deeper level, there’s so many nuances that come with spiking that people don’t realise and I’ve always understood spiking to be a wider issue. I had the opportunity to open up the topic and understand it on loads of different levels. To have victims to be heard was really important to me, and so was diversity.

I say this as a white woman, when you saw the interviews that were happening this time last year, there was no diversity. It was just white women. Our voices were being heard more than other people’s and that was frustrating, because anyone can be spiked, not feminine white women.

What was the most shocking thing you learnt making the podcast?

Initially, before I started the podcast, I didn’t know that spiking in itself wasn’t a crime. It’s only a crime when it’s followed by something more sinister like sexual assault or robbery or rape. Standalone it’s not a crime, and that’s something that we’re still working towards at the moment.

What are you working towards in terms of changing this status?

The government released a report a few months ago, after all of our investigations into spiking. At the beginning of this year, there was an inquiry with the Home Affairs Committee. I gave written evidence and did a video with the government that’s on YouTube about spiking. They included in their report that they recommend we change the law and it’s for the government to decide on that. This October, the Home Office has to update the progress of the law changing.

What tangible changes do you think would help spiking victims?

I want the police to take it more seriously when victims do come forward, and act upon those things quickly, because they currently won’t investigate without a blood test. Blood and urine testing needs to be more available, as with both my sister and I, people get sent from service to service. We should feel comfortable reporting things to the police or a separate government body about what’s happening to us.

100%. I would have felt seen, I would have felt heard and I would have felt comforted too. I didn’t feel any comfort, apart from my friendship circle and my family. You should be able to have a safe space to speak about what happened to you, because I’d hate for anyone to feel the way that I felt about it all. I felt so much guilt because of the thought that the person who spiked me is probably still out there, and might’ve done it to other people since me. That’s not a nice thing to live with.

I think at the moment, the main focus is pushing the poster campaign, the aim is to get more posters printed and get them up and down the country. It would be nice at some point to work with local councils and governments to actually get some funding because everything currently comes out of my pocket.

I’ve also spoken about chasing up venues where there are multiple spiking cases happening, from there I can then ask them what they’re doing to help. I want to keep the conversation going as usual, doing interviews and doing documentaries etc. I want to keep letting people and victims know that they’re seen and are being listened to. Unless we keep talking about it, nothing’s going to change.