A Marvel TV show set in Black Panther’s Wakanda is coming to Disney+ as part of five-year deal with director Ryan Coogler.

Disney has announced another addition to its already huge list of Marvel content coming to the streaming service in the near future.

The media giant recently shared that it had landed a five-year deal with ‘Black Panther’ director Ryan Coogler and Proximity Media to create an exciting spin-off exclusively for Disney+. As part of the deal, Coogler will create a series set in Wakanda, the fictional African country home to Black Panther.

Executive Chairman of The Walt Disney Company, Bob Iger said, “Ryan Coogler is a singular storyteller whose vision and range have made him one of the standout filmmakers of his generation. With Black Panther, Ryan brought a ground-breaking story and iconic characters to life in a real, meaningful and memorable way, creating a watershed cultural moment.”

While there is little known about the new series at the moment, the show will allow Coogler to explore the world of Wakanda that is loved by so many. 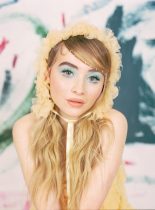