There are some artists that have the ability to instantly lock you into feeling a certain type of way, and through the waves of steady beats, reverberating guitar, subtle synths, and soft vocals, Matt’s music transports you to an almost dream-like state. With the release of his new EP ‘Soundless Motion’, the Birmingham artist continues the development of delicate production and forward-thinking concepts; looking to explore the relentless challenges and emotional instability of teenage life.

The music landscape has changed dramatically in the modern day to a point where you can now teach yourself how to make music through your laptop and from your bedroom rather than having to follow a more traditional route of being signed by a label. This has allowed for a new age of music where young individuals are able to hold onto creative control; constructing authentic sounds and exploring intimate topics. A way in which Matt has solidified this concept is by founding his own label EC30 for his music in which he writes, sings, plays and produces himself. Through this extremely personal process, Matt released his debut EP ‘5oFT’ with which he first attracted attention last year.

From the portrayal of tragedy, lost innocence, nostalgia, and melancholy, the latest EP is accompanied by another highly emotive music video. This time for the track ‘Mescaline Smoke’, which follows the cinematic visuals for ‘Not The Same’ and eponymous track ‘Soundless Motion’. Mescaline is a naturally occurring psychedelic hallucinogen so it may come as no surprise that this song is heavily influenced by people’s addictive natures, especially the youth’s relationship with party culture. It acts as an exclamation for the difficulties people have in removing themselves from tempting situations. Matt seems to be highlighting the importance of reaching out of this consumerist bubble we are trapped in and back towards a more natural life.

In conversation with Notion, the bedroom music maker talks about how his experiences growing up in Birmingham have influenced him, making music that’s open to interpretation, and having artistic independence. 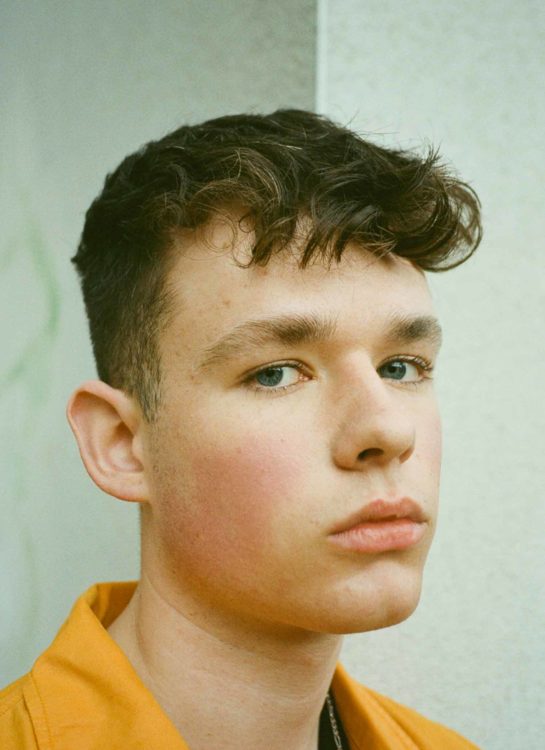 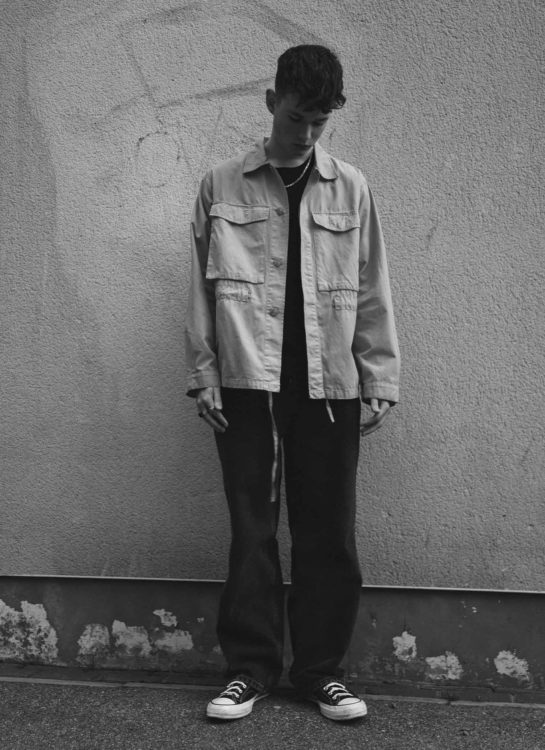 How have these uncertain times been for you? Has it been tough to be creative or have you been able to focus more of your time on your work?

Making music through this time has been so strange, at the start of lockdown I felt so anxious and scared for the months to come. I think this is something that ultimately fuelled my creativity and was leading me to make some of my most emotional songs. After a time this wore off and I just grew tired of it all, like most people felt, after that moment I couldn’t write music. I spent 3 months struggling to create and it was really tough. Music is my way of expression and sometimes acts as therapy and it was so frustrating to have this platform taken away from me. Simultaneously seeing the industry I so desperately wanted to work in be forgotten about and the arts as a whole lose support was devastating. Overall a rollercoaster of emotions I guess.

What was it like growing up in Birmingham and how did it influence you?

I had a pretty normal childhood, living in the suburbs of Birmingham, I’ve always considered myself very lucky for the upbringing I had. When I reached around 15-16 I began going to parties and see Birmingham in a new light, I began to spend more time in the city and explore, having experiences I’d never had before. It was so inspiring to do these things and I think Birmingham was the perfect backdrop for these moments. I think the experiences within the city were the most influential. I love the energy of the city – it’s powerful and I feel a strong connection to the city.

It’s clear you like you put a lot of attention and effort into your music videos. Is this something you always look forward to creating? And why is this important to you?

I love making visuals to go with my music, I always make songs with a visual element in mind. It helps me create, so to make a music video is the dream, especially with such an amazing group of people, shoutout to George and the team!! I think the most exciting and important part of the process for me is the collaboration and energy throughout the process, its so powerful, and as I
mentioned, it’s such a good feeling to bring something that has lived in your head as ideas for months to a solid product, the satisfaction is incredible.

During your creative process, what usually comes first, the music or the lyrics?

Always the music for me, I produce all my own stuff and that’s where I’m comfortable. I love cracking a crazy sound on logic and watching the idea snowball into a fully formed track. All it takes is one note or sound and it can inspire me to write lyrics and finish a whole piece in like 2 hours. It’s those moments that show me how cool it is to produce your own stuff too and really be able to express yourself in every element of the music. 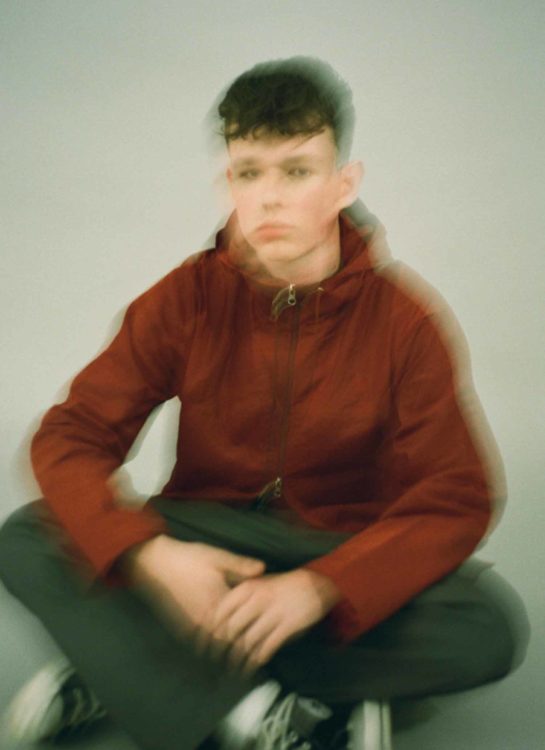 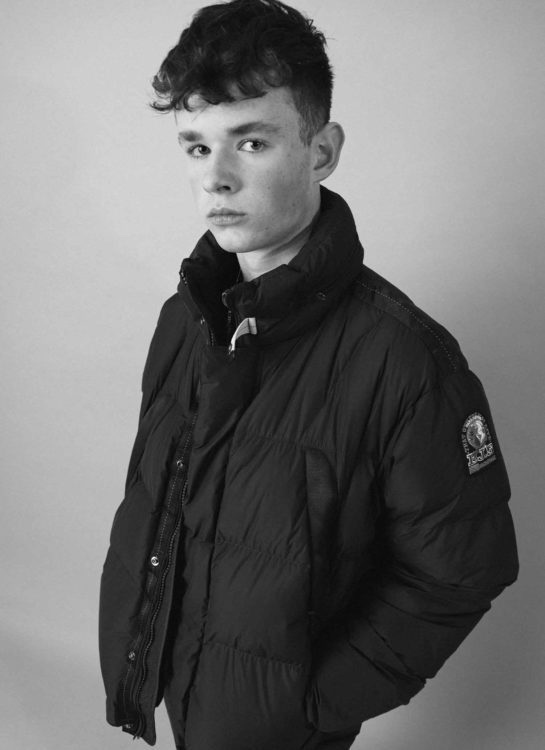 Are there any specific questions you aim to ask with your music?

I have so many different thoughts and things I want to express with my music, normally it’s just based on personal experience and can be an exploration into why things happen in my life or others. It’s very difficult to pinpoint which questions my songs ask. I have written songs about loads of stuff from politics to drugs – it’s mainly aimed to question why ‘normal life’ is how it is.

For those who haven’t heard your sound yet, how would you like people to feel when they listen to your music?

I don’t really like to tell people how to feel when they listen to my music, I like to write lyrics in a way that makes them open to interpretation, almost like a blank canvas for people to paint their own picture or fill in the gaps with their own experiences and opinions.

Can you tell us where you draw most of your inspiration from?

Most of my inspiration stems from everyday interactions and experiences, like if I’ve heard a story about someone’s hardship, or if I’ve seen a cool piece of art or something on the street or even just meeting people and talking. I would say it’s mainly down to experience.

Why do you think it is important that more young artists have their own labels these days and are able to control more of their sound?

It’s such a freeing thing to have control. The days where someone else dictates an artist’s decision are ending. I really believe that for young artists to express themselves they need that freedom to explore spaces most people would be scared or doubtful to explore.

Are there any artists you would like to collaborate with in the future?

So many. I love so much different music and different artists, I think it would be sick to collab with Bonobo or Sampha. I love their stuff and it had such a huge influence on the music I make today! 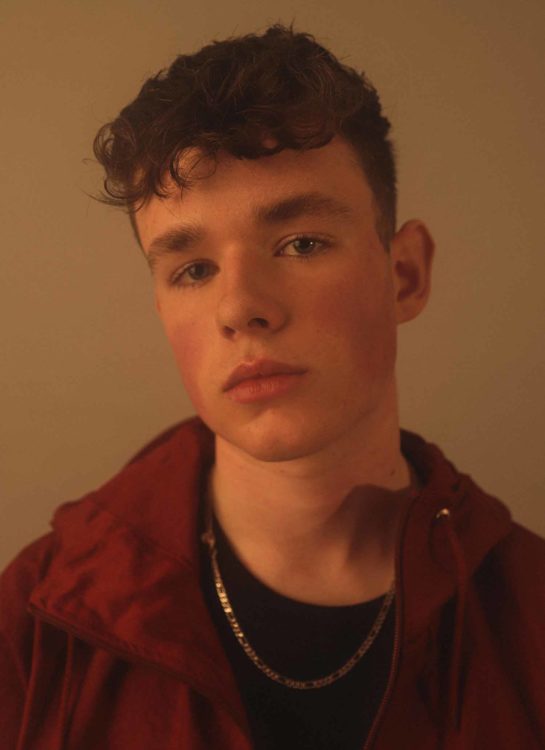 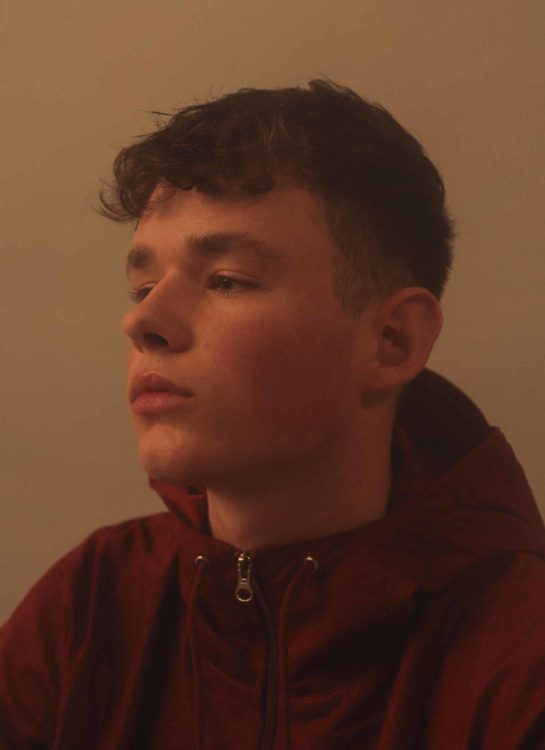 What would be your dream venue to play at?

There are so many places I would want to play at! I think if I narrowed it down I would say either Brixton Academy or Printworks. Both are such cool venues with so much history and I just think it’d be so cool to experiment and explore how to use that space to create amazing shows.

Are there any styles or genres you’re interested in experimenting with in the future?

Yes! Recently I’ve started messing around with contemporary garage and more electronic sounds. Over lockdown, I became super nerdy about Stanley Kubrick and his visuals really push me toward electronic music and the scoring in his films are just amazing. I started a modular setup too which, of course, has bought some crazy sounds into my music. I’ve really been loving experimental production and then sticking dark lyrics onto the track to create this crazy fusion of sound between soundless motion type writing style but a much more forward production sound.

Can you tell us what the track ‘Feel’, on your latest EP, is about?

Feel was definitely a more left-field track in context to the rest of the EP but it’s one of my favourites. I really pushed myself to experiment with this track and I think it paid off massively. It’s mainly about the experiences I had at parties and emotions and arguments that felt like the biggest deal but put into context really don’t mean anything.

What can we expect from your next EP/album?

I think you can expect a different tone and visual; a lot more experimental and risky but hopefully the risk will pay off. I’ve begun to explore some really interesting places with regards to ideas and production. I’m excited to see what people think!

What else makes you excited? Or is it just music?

I think I get the biggest payoff and excitement from creating music, but travel is one of the main factors that drives that emotion and inspiration. Travel is one of my biggest passions, it’s such a powerful feeling to meet people from other places and experience their cultures.

What is the trickiest part when creating a song?

I think the trickiest part for me is finding the ideas to write about. You can produce a track in no time – it’s just down to finding that thing you want to say and how you’re gonna say it. I find it so difficult sometimes to translate my emotions into music but when it happens its one of the best feelings in the world.

Listen to 'Soundless Motion' below: 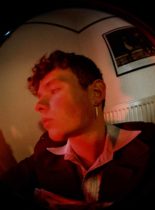 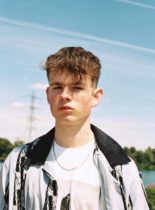