Los Angeles-based phem is in simplest terms an enigma. Her opaque missives capture the chaos of the years before releasing songs that would end up accruing millions of plays, trying to find a working artistic compass.

Before her recent success, phem spent a year living between her car and her studio space in the Crenshaw District of LA. Most of her nights were full of isolation and fear. Richter scale bass from other tenants often interrupted her sleep. These surroundings left their own stain, adding to the liminal and ethereal float of her songs. During this period, she attempted to understand the fluidity of both her creativity and sexuality. Constant bouts of disconnect and alienation led her to bury herself in music, meditation, and prayer. Inside the claustrophobic window-less studio room, the answers started to slowly come, a splintered psyched re-configured itself through the discovery of the gifts of solitude.

For phem, this self-discovery has paid off. Over the past couple of years, she has both been featured on and co-wrote songs with a slew of artists including G-Eazy, Machine Gun Kelly, Lil Tracy, and Iann Dior. She has toured the world supporting artists such as Lil Xan and Grandson. phem has also become a regular contributor in John Feldmann’s camp, writing a song on The Used’s Heartwork and most recently Jxdn’s single “So What”.

It was her own ‘VACUMHEAD’ EP released last year that racked millions of streams and gained her a cult following of teens inking her name onto their limbs. And somehow, she accomplished all this while remaining completely independent.

phem’s first single of 2020, “Self Control”, garnered a magnitude of fans and support. The accompanying music video set on a fictional kid’s TV show, showed phem make bad decision after bad decision. The super-catchy track explodes like fireworks as the clip culminates. The video ends with a call to action for those seeking mental health help from The Trevor Project.

Following on the back of “Self Control”, phem then shared her edgy anthem “stfu” giving us a taste of what to expect from the upcoming ‘How U Stop Hating Urself Part 1’ EP due towards the end of the year.

Speaking of the track phem explains, “‘stfu’ is a song that was written from a stream of consciousness. It’s about overthinking and overanalysing. Within the track, there are two conversations unfolding, one with a lover and an internal one with myself”.

Ahead of her upcoming release and to spice up the Halloween season, phem features on Audio Up’s scripted Halloween musical ‘HALLOWEEN IN HELL’. The podcast and soundtrack features music’s most influential voices Machine Gun Kelly, Tommy Lee, Dana Dentata, 24kGoldn, iann dior, and of course phem – who contributes her vocals to the theme song “In Hell It’s Always Halloween – Remix” featuring iann dior. Since its debut on 19th October the podcast has hit over 500K+ streams.

­­­Notion had the chance to chat further with phem about her upcoming projects, the inspiration behind her music, what she’s planning for the future, and how she’s using self-control to make the most of her time in quarantine. 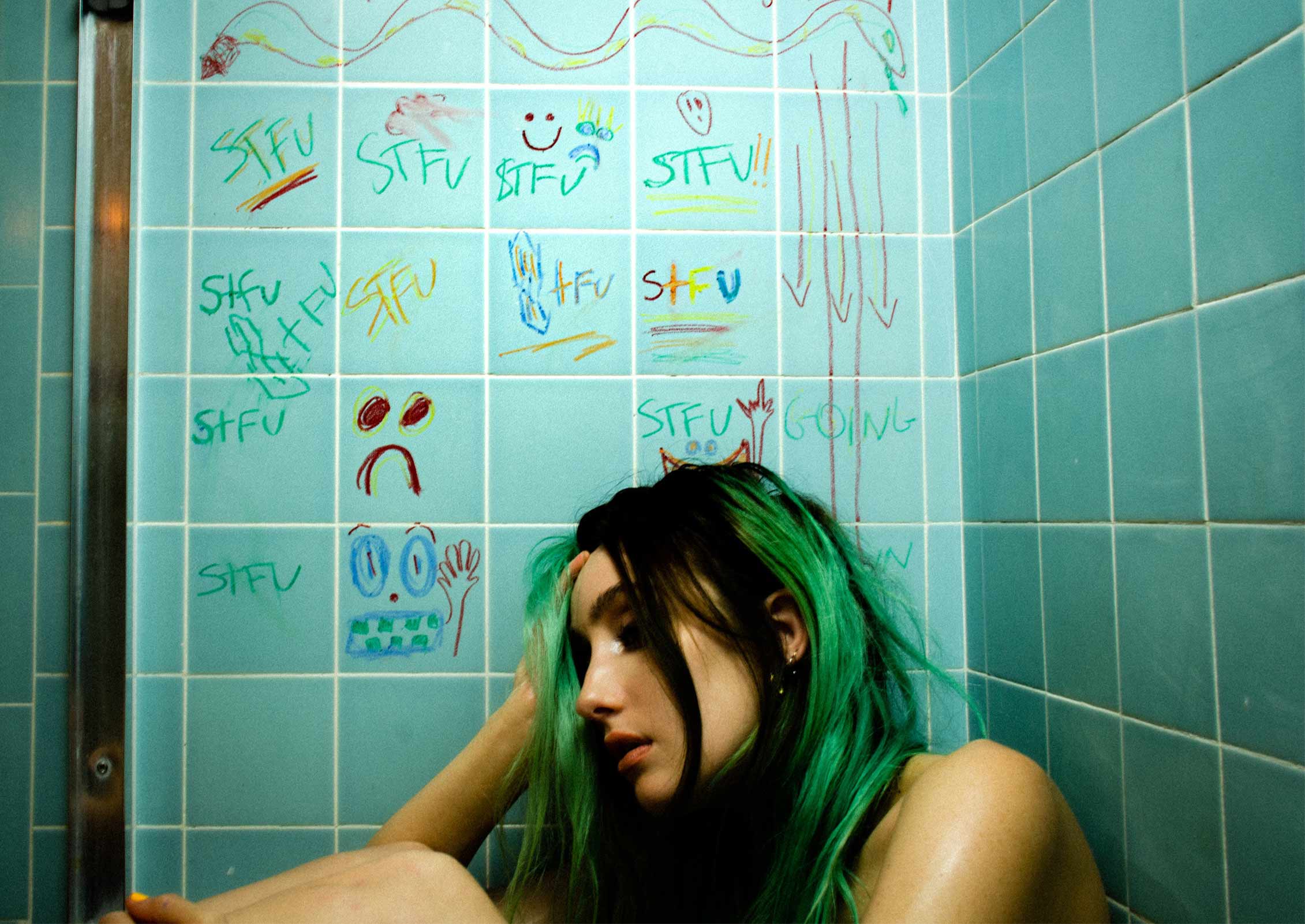 Let’s kick things off with your upcoming project ‘how u stop hating urself pt.1’, can you tell us more about it and what to expect?

This project definitely has a mind of its own! I’ll be releasing a few more singles including a remix for “stfu”. Release date(s) have been rescheduled various times for different reasons… I’m letting it come out when it wants to at this point hoping before the end of the year though!

Typically, your lyrical M.O. seems to be semi-autobiographic and inspired through lived experiences. How important is it to fuse your reality within your craft?

It’s extremely important for me, especially because I started writing from a place of needing to release emotions, thoughts etc. I couldn’t express myself otherwise. It’s both therapeutic and therapy for me.

If you could summarize, what would be the story of how you became a musician?

Both my parents are musicians, so I was lucky enough to be born into a household where music was constantly around. I started out on the piano, then drums, and eventually got into writing.

Since releasing your first EP ‘vacuumhead’, how have you grown personally and as artist?

I’ve grown so much since vacumhead, I think for the better (well at least I hope so)! It feels like a lifetime ago, but the true essence of the project will always remain the same. The one downfall might be that I feel more pressure now than I ever did before and sometimes that messes with my creative process, I’m trying not to let it get to me! 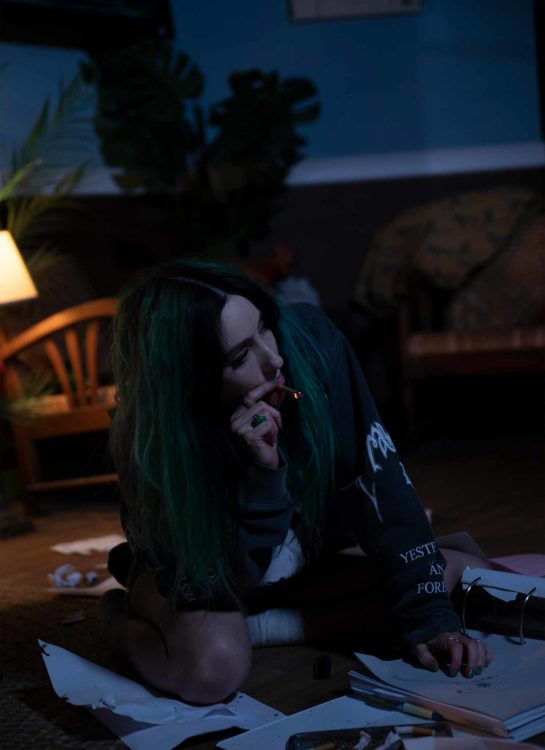 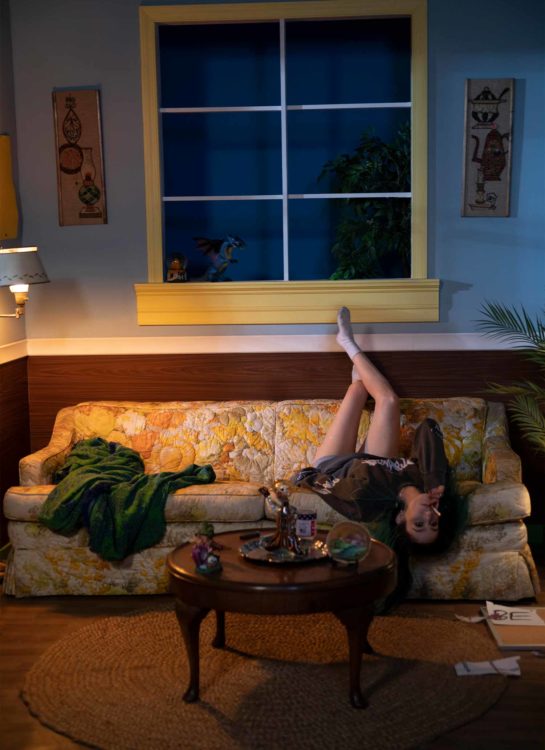 What would you say are the most important things that you’ve learned about yourself as an artist?

I’d say I’ve been doing my best to trust my instincts. I think that’s the best thing you can do as an artist. Trust your gut.

Your last single “stfu” seems to be lifted from your stream of consciousness. Can you talk us through the narrative?

“stfu” is essentially is a conversation with myself masked as a song about a relationship. The truth is that it can go either way. I pretty much freestyled most of the words and then went back in and tightened things up. Most of the verbiage comes from my subconscious.

I want my music to be a safe space for everyone. I want it to be the soundtrack to people’s best and saddest moments. When they’re alone in their room and feel like it’s the only form of comfort they have. That’s what my favourite artists / songs did for me. That’s all I can hope to do for my fans, just be there for them when they need me the most.

I want my music to be a safe space for everyone. I want it to be the soundtrack to people’s best and saddest moments. When they’re alone in their room and feel like it’s the only form of comfort they have. That’s what my favourite artists / songs did for me. That’s all I can hope to do for my fans, just be there for them when they need me the most.

I spent a lot of time alone during quarantine. I think it was actually the first time in my life that I was truly alone. It taught me that I really like hanging out with myself, and solitude isn’t scary, its actually really fun.

Can you talk us through what the creative process and how that’s been altered due to lockdown?

I’ve had a lot more time to pick apart ideas, not the best thing since I feel like art should run on instincts. However, some ideas start off good and then I over-analyse them till there’s nothing cool left about it. It’s better not to overthink things and quarantine has def caused a lot more overthinking which for a few months paralyzed my creativity. I think I’m coming out of that though.

You’ve toured the world supporting artists such as Lil Xan and Grandson. Due to the current worldwide pandemic performing live has taken a backseat, how has the ‘new norm’ of releasing music impacted you as an artist who thrives on performing live?

I try not to really think about it too much because there’s really nothing that can be done. I’m not really a fan of live streams, so my form of connecting with my fans has been through twitch and my discord mostly. We watch movies together and talk about pretty much anything and everything. It’s not the same as shows, but it still creates a connection. 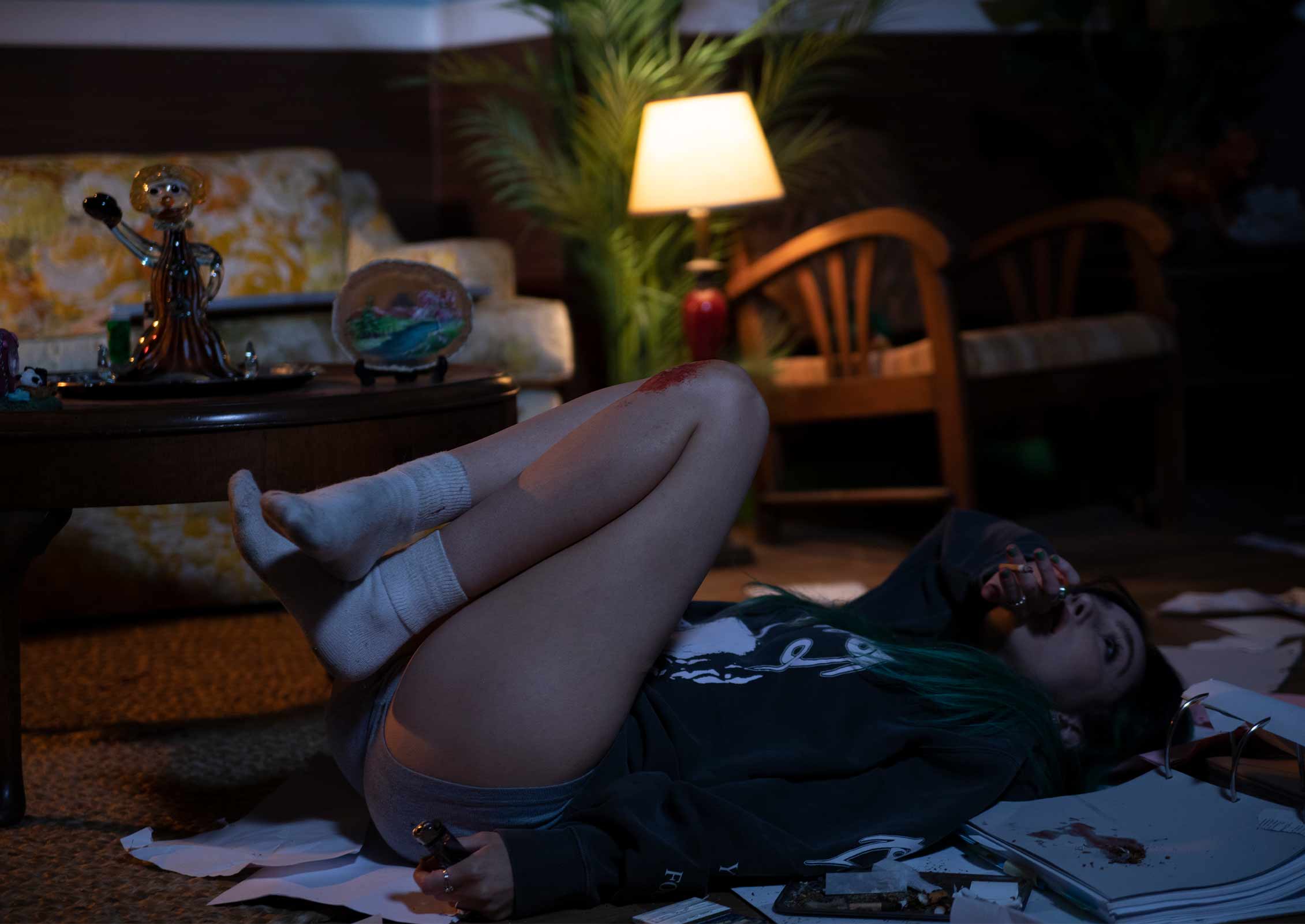 Can you tell us more about the ‘Halloween in Hell’ podcast featuring Machine Gun Kelly, Tommy Lee, Dana Dentata, 24kGoldn and iann dior? And secondly how that all came to fruition.

Super fun! It came pretty organically, and Tommy Lee joined in to play the devil at the last minute. I think the podcast is a really fun way to get in the Halloween spirit this year. Since most of us will be stuck at home it also gives us as artists a chance to connect with fans in a new and creative way.

Are there any other collaborations in the pipeline?

Do you have any specific criteria when thinking of working with someone?

They have to make music I like or be fun to hang out with.

Lastly, what’s next for phem?

More music, more twitch streams and I got a few other fun things on the way. You’ll just have to wait and see!!