Mergui is on a Learning Curve

Israeli pop artist Mergui opens up about living in the public eye, his hobbies outside of music and debut EP ‘Dark Side of the Rainbow’.

Jonathan Jacob Mergui, better known as Mergui, is a 22-year-old singer-songwriter who in a short period has built an empire of fans across Israel, America and Europe. Having recently dropped his debut EP ‘Dark Side of the Rainbow’, Mergui’s story is an extraordinary one to say the least.

Throughout his career Mergui has shapeshifted into various forms, having joined the Israeli military service at just 18 years old, (a government law), Mergui shortly after signed to US record label Saban Music Group. Dropping his first set of Hebrew-spoken singles in 2019, Mergui quickly gained the attention of many, with TV appearances, concerts and festivals building a strong fanbase. Since then, the artist has accumulated 96 million YouTube streams and 40+ million streams on Spotify.

New project ‘Dark Side of the Rainbow’ sees the artist release his first English language EP, and features eerie indie-pop hit “Paradise” which he recently dropped alongside a cinematic music video. Welcoming fans into a dark and dystopian project through five soaring indie ballads, we spoke to Mergui about his life through the lens of the public eye, his hobbies outside of music, and his latest project ‘Dark Side of the Rainbow’. Dive in! 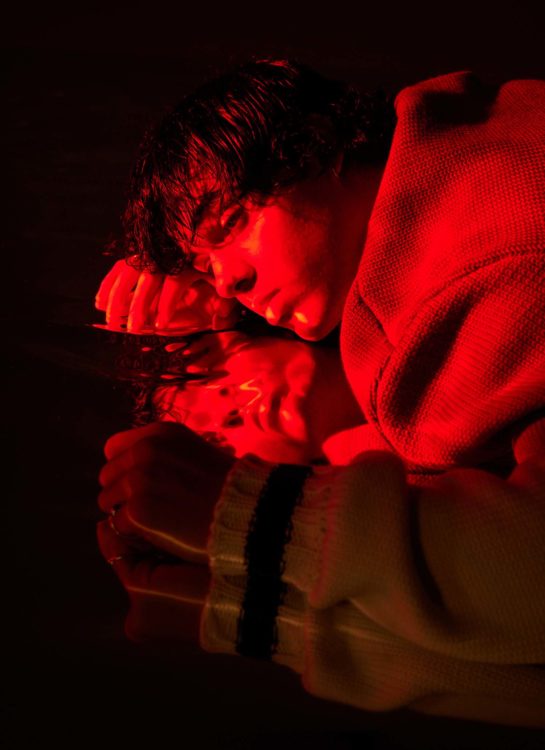 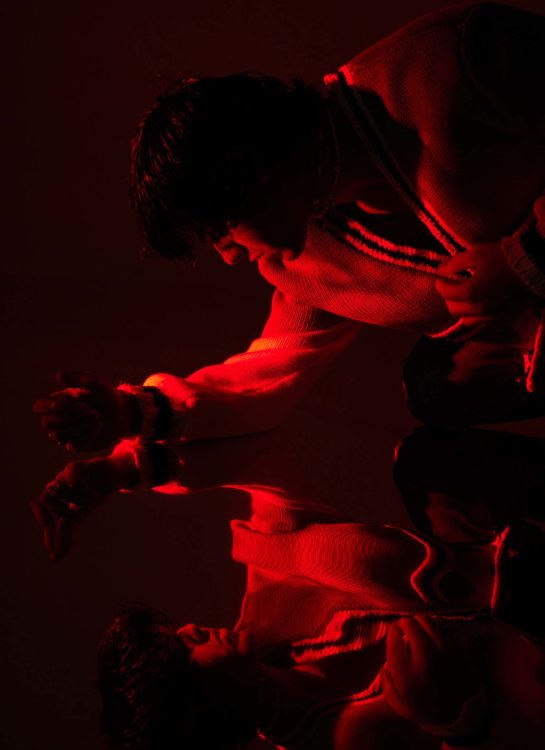 Hey Mergui, how are things, where are you at the minute?

Hey, thanks for having me. I’m in New York at the moment promoting my new EP, Dark Side of the Rainbow. It’s been a crazy week. TV, radio, press, photoshoots. I’ve been waiting so long for this and I’m very excited.

Congratulations on the new EP, ‘Dark Side of the Rainbow’, it’ll be out tomorrow when this is published, how are you feeling for the release? Has it been a long time in the making?

For sure. It’s been almost 3 years.. I’m definitely excited (and a little nervous) to share it with the world. We wrote around 50 songs and took our time to select the 5 that best tell the story.

You live a kind-of double life in terms of your varied reception in Israel vs the UK and US, could you tell me a bit about that? I understand this new release is your debut English language project…

It’s wild how big the shows have become back home and how amazing my fans have been all these years. I can already see it happening here in the near future, that’s what drives me. It is a bit of a trip, going from playing shows with 50,000 screaming fans to exploring brand new territories, but I see it as an exciting challenge.

Do you carry the support of your Israeli fans with you when you’re travelling across the world, perhaps in places people haven’t been exposed to your music to the same extent?

Absolutely, I try to carry that love and support with me wherever I go and I’m so grateful for it. It’s funny, I seem to run into my fans even when I’m traveling.

Is there a particular feeling, emotion or take-away that you hope people experience when they listen to your new music?

I’d say comfort, and hopefully relatability. No matter who you are or where you are from, we all go through the same things and feel the same emotions. I hope they can see themselves in my music. 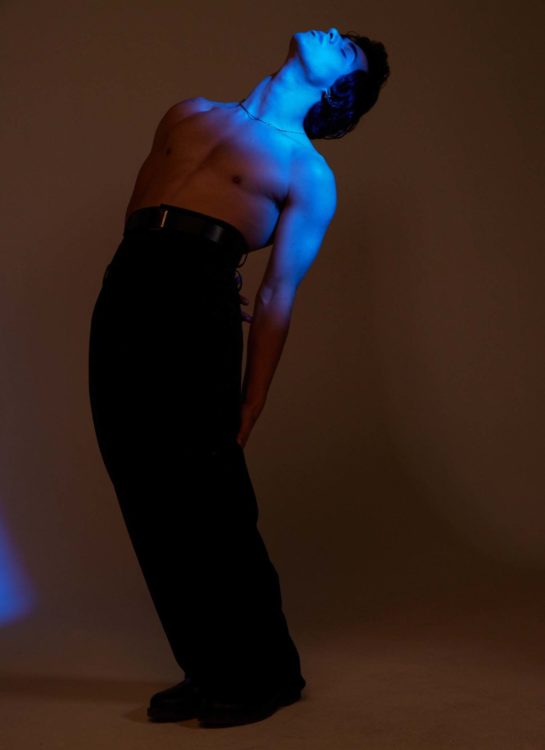 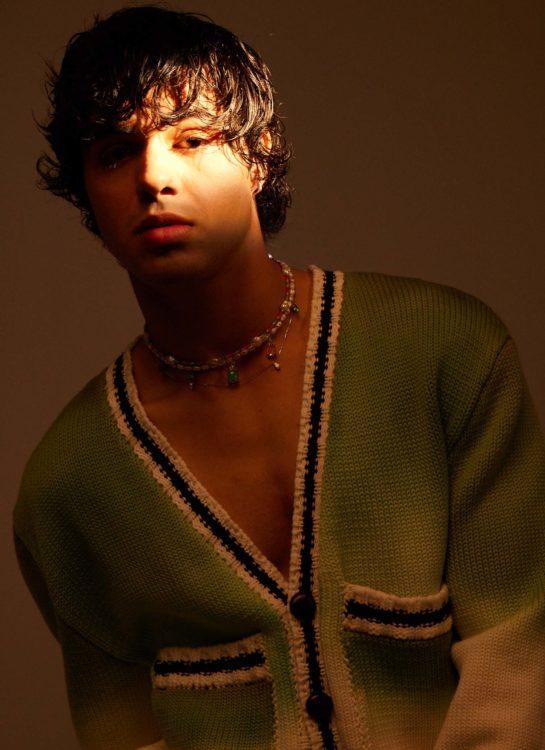 Your musical journey started when you were young and sounds like quite the roller-coaster, from being on a talent show at 17, building a huge fanbase, before taking part in military service and performing for your peers. How do you reflect from your current career position? Do you feel like these were learning experiences?

Every step was a learning experience. I’m growing up in front of my fans in real time and I’m grateful for every second of it. I’m grateful for the good and the bad, honestly. Every struggle made me who I am today and that’s why I named the EP, Dark Side of the Rainbow. I felt like it’s time for me to show the dark side of the last 3 years of my life, which everyone always assumed was a rainbow.

I understand that ‘Dark Side of the Rainbow’ reflects on a relationship of yours that was in the public eye, was there a sense of wanting to creatively reclaim your own narrative? Was it cathartic using music to translate these emotions?

It was, and it started that way, and then somehow, I ended up finding myself in the process. It’s a breakup story, but to be honest it’s more about me processing all the emotions: love, resentment, anger, and eventually acceptance. For me, songwriting is like therapy, except I didn’t even know I needed it until I sat down and wrote the first word.

Do you feel like you’re suited to being in the public eye?

I wasn’t, it was very overwhelming when I started but over years I’ve learned how to stay focused on the important things. Having family and friends that keep me grounded has been a blessing.

Outside of music, how do you unwind? Do you have any hobbies or rituals to take you away from it all?

Being with friends and family helps me stay balanced. My brother and I have been playing basketball since we were kids. It’s special to have that time together just the 2 of us. I also love shopping with my girlfriend, sometimes I end up the girl’s section, and she heads to the men’s section. We have fun with fashion.

What do you hope is next for Mergui in the next few months? Any hopes, fears, goals?

I hope to continue releasing music. I have so much more to share with the world.

Mergui’s debut EP Dark Side of the Rainbow is out now. Watch the new video for "Paradise" below: