As he revels in the success of his second album, we ask the Chicago rapper our most intimate questions.

Born in Alabama and raised in Chicago, rapper Mick Jenkins kickstarted his music career back in 2012 when he dropped his debut mixtape, aptly named The Mickstape. Keen to maximise on the attention it brought him, he dropped his roaring follow-up tape just a few months later. But it was his third outing, Trees and Truths, that brought him real critical acclaim. Infused with bubbling acid-Jazz production and roaring biblical-inspired lyrics, it caught the attention of fellow Chicago rapper Chance The Rapper, who invited him to collaborate on the the track “Crossroads” alongside Vic Mensa and the rest, as they say, is history.

A few years down the line and his latest offering, Pieces of a Man, is his most advanced record yet. With production from the likes of Kaytranada, Black Milk and BadBadNotGood, it was always destined to be full of major beats, and it doesn’t disappoint. Aa he revels in its success, we decided to put our most intimate questions to Mick for our most honest Internet Crush to date. 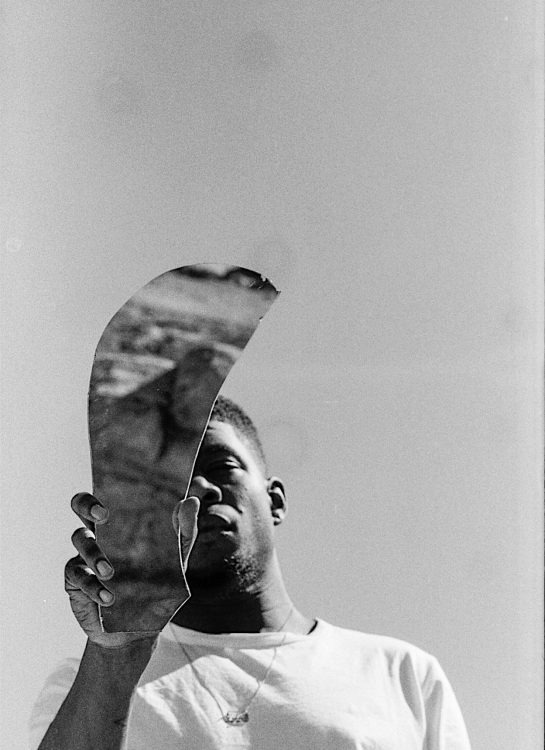 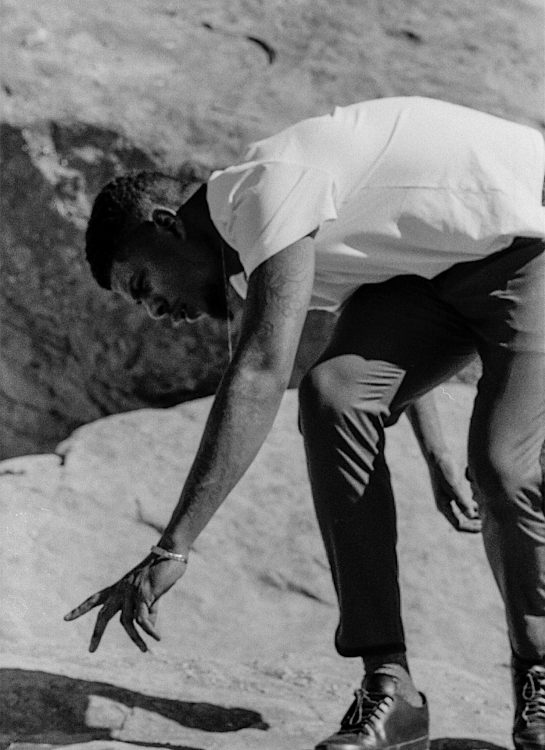 I don’t remember my dreams. I was actually talking to my girlfriend about this recently. I feel like I haven’t had dreams for months.

I got in a car accident at the age of 12. Someone ran a light and made a left turn; smacked the side that I was on. Luckily I wasn’t severely injured, but that was the closest. I was in a Ford Escort. Ford built tough!

I definitely was raised in a church so hearing hymns is probably the first thing that I can remember about music.

I’m an Aries; born on April 16th. People would say that I’m a typical Aries because I have some typical Aries qualities. I don’t feel like I’m a typical Aries, though. I never really fucked with astrology, but I do think it’s something to be said about people born on or around the same time. I did not know, and I was educated by Kembe X, that you actually need all three signs (sun, moon, stars) to be accurate about what you’re talking about and people usually don’t have knowledge of all three signs.

First time was in college. I don’t recall exactly what happened, but I know I had enough of the things that were happening that made me feel like my then-girlfriend was cheating on me. A huge situation went down where I revealed a lie that didn’t make her guilty of cheating on me, but I was like – how am I going to ignore what this is telling me? So I dipped. I wasn’t attending school at the time, but I was still in the city. I took two days to figure out what was going on with my life then I went back home to Chicago.

That I like to sew. This is a skill learned from my grandmom. She actually taught me how to make my first pair of pants. I take in a lot of my clothes on my own now. Since I’m tall, there’s always something that needs to be fixed because I want things to fit a certain way.

Right now, I would call it “Water, Love and All That Jazz.” The title encompasses everything about me. Water is truth, love is the second part of my career and where I was trying to go with the message of love, and all that jazz covers everything else. All three things are pulled from my artistry so it can summarise me in the metaphorical sense that stands behind all of it.

It wasn’t a rap song actually, I was singing. I realized once I recorded myself that singing wasn’t going to work. I think I sing a lot better now, but back then, nah. I don’t remember the title of the song, but I remember being in my dorm room recording it.

Let Go, Let God. This advice came from my Aunty Judy. I think that some of the best advice you’re going to get in life is pretty simple and you’ve probably heard it more than once. It’s just how much you believed it. I think if you believe, you can do anything you put your mind to.

Probably my new found level of faith. The last two years I’ve been a lot more intentional about my faith and I think that’s a big thing; intentionality is a big part of your spirituality. I’m really proud of where I’ve gotten and I want to keep going.

I would say Vegeta (Dragon Ball Z).  I specifically say that because I feel like I’m more motivated by someone else. I have my own motivations and I have my own drive, but if Saba or Noname or Chance or Vic do some dope shit, it would definitely light a fire under me. I feel like that’s very Vegeta; he’s nice, but whenever Goku did some shit it’s like – oh fuck, I can’t fall behind, I gotta go crazy.

High school was weird and a culture shock. I came from a mixture of Alabama/Florida and also the suburbs. I moved from Alabama to Florida when I was 7. Then I moved from Florida to Chicago when I was 10. So when I first got to High School in Chicago, I was this mix of all this stuff and I wasn’t what I was surrounded by. I also didn’t have a lot of guy friends at all; maybe 1 or 2. I had a ton of girl friends. In that environment, women were more accepting of me. Being around dudes would also associate me with shit I didn’t want to be associated with. I’ve seen people get their asses beat purely off of association.

Timbaland is most definitely the most famous person in my DMs.

Earth opening up, fire and brimstone. People suffering. I don’t really think about it too much. There is a description in the Bible that I’m quoting. I never wanted to be that well versed in what hell looks like. I just know that it’s somewhere I’m not trying to go… Could’ve given a more metaphorical answer like: “Hell looks like someone smacking on their food for thirty minutes.”

“Who is Jill Scott”. My mother listened to that music when I was a kid and I didn’t understand a damn thing, but it stuck with me until I was grown and could understand everything and it’s definitely influenced my music. I sing in riffs and chords that Jill Scott does all over my music. A complete life changer.

Maybe a month and a half ago. I was being misunderstood and my emotions were running too high and I couldn’t hold it in anymore. 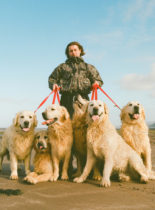 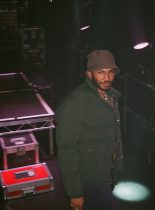 We get a backstage pass for the Haitian-Canadian producer's KOKO gig.