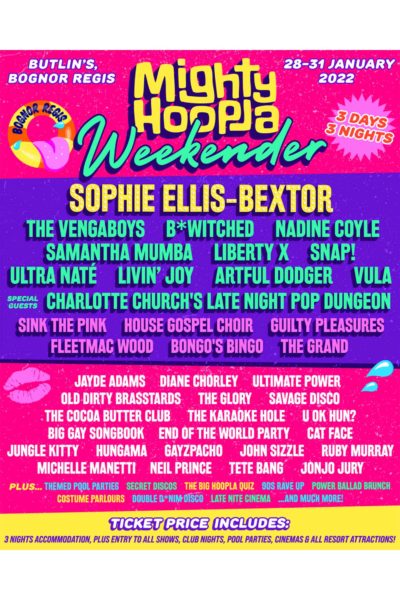 Grab your swimming gear and your towels – the Mighty Hoopla Weekender, missed this year, will be returning again to Butlins Bognor Regis in January 2022.

With many holidays off-the-cards, the festival promises an alternative getaway, with access to pool parties, arcades, and cabaret. 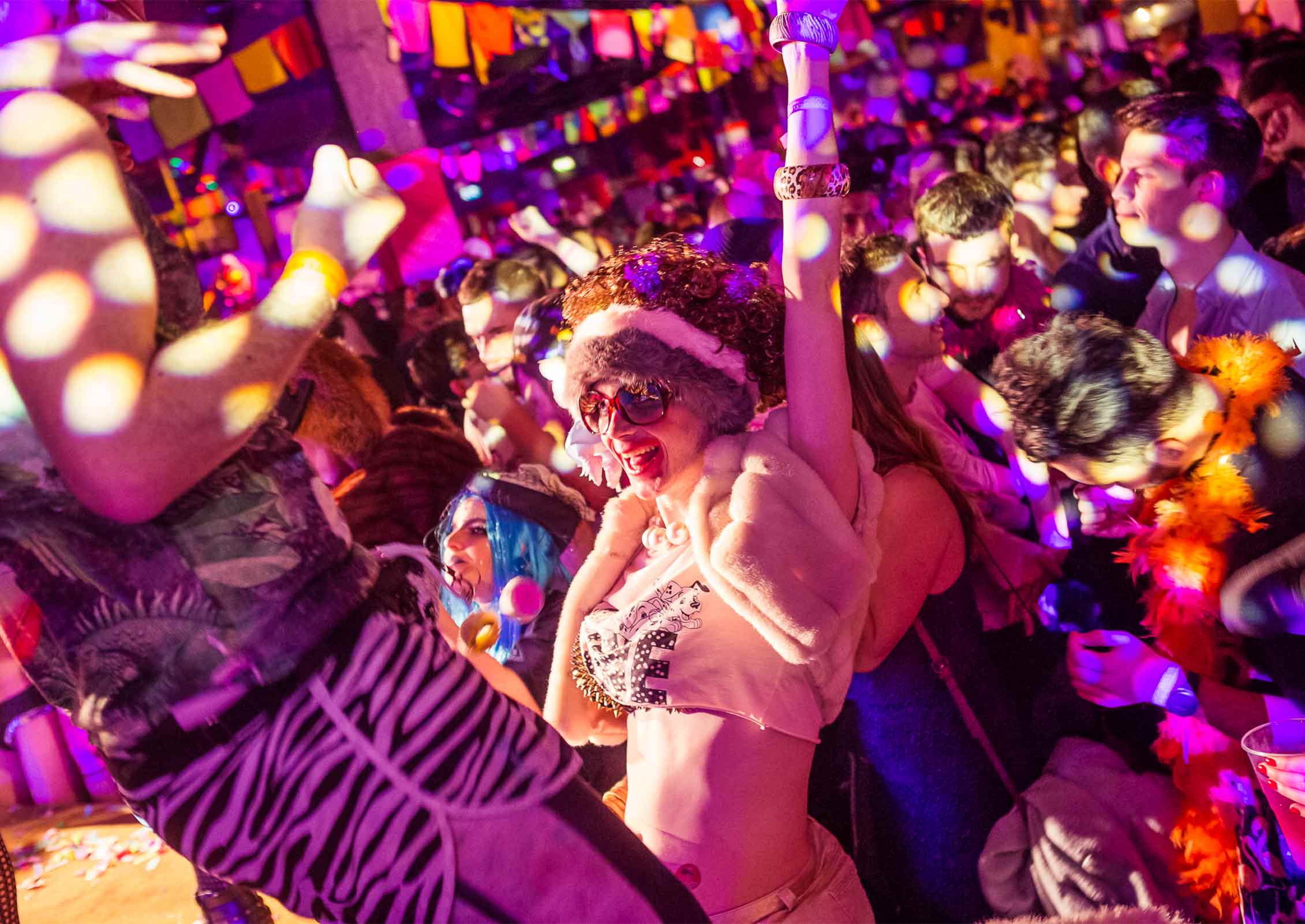 Themed pool parties will be in the hands of Sink The Pink, Guilty Pleasures, Savage Disco, The Grand, and more, while Jayde Adams, Diane Chorley, and The Cocoa Butter Club will provide cabaret, drag brunches, comedy, and other entertainment. If you’re looking for more, there will also be ten-pin bowling and a Day-Glo arcade mania.

Tickets can be purchased from www.mightyhoopla.com/weekender.