Miloe, the moniker of Bobby Kabeya, is an artist whose musical journey began in a church in the Democratic Republic of Congo. His family congregated every Sunday, singing in the choir before going home to the sounds of nineties Afropop stars such as Papa Wemba, Lokua Kanza and Lucky Dube. Having been granted asylum in Minneapolis, the Kabeyas made the 7000 mile journey.

Exposed to a new set of cultural references, Bobby discovered artists such as Soul Asylum and Prince, subsequently joining his high school band as a percussionist and beginning to produce his own material. Miloe was born, with a reference to Coldplay, and Bobby began working on debut music.

Playing live shows, and some collaborations later, his first EP ‘Greenhouse’ was eventually released in October 2020. Lead single “Winona,” was complimented by vocals from Jamila Woods and Vagabon on a 2021 remix. With a new EP, ‘Gaps’ due for release next month, Miloe’s latest single is ““make ur way”. Continuing to unite traditional Congolese sonic roots with American bedroom-pop, 80purppp adds a verse to the summery tune. We caught up with Miloe to talk through his new music, influences, future plans and more. 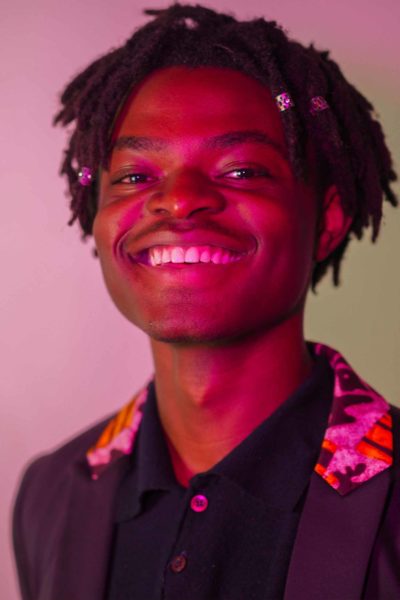 Hey Miloe! How’s your summer going so far, seems like you’ve been playing a lot of shows?

The summer has been really eventful and I’ve been fortunate to have a lot of new experiences and some super fun shows. We’ve been releasing music and gigging as much as we’re able to.

What’s been your favourite gig? Do you have a track you love playing live?

I think my favourite gig this summer was Bonnaroo festival in Tennessee. It was surreal to get to pull up and play after watching it on YouTube at 3am for years. It was incredibly hot and we got rowdy, the heat exhaustion started to kick in and we were delirious by the last few songs, I couldn’t feel my fingers. I also spent most of the day in a hammock in some trees with hundreds of festival goers all in their own lil’ hammocks. My favourite song to play right now is ‘rewind’, it’s a nice splashy release.

Taking it back, talk me through how you started making music as Miloe, I hear it began in pews of a church and there was a Coldplay influence in the conception of the name?

I grew up playing drums in church. In 6th Grade the album ‘Mylo Xyloto’ introduced me to the beautiful melancholic indie pop tunes of Coldplay. Growing up I’d go for any opportunity to make music, I was in a band and constantly making music with friends. I started making solo music in the last year of High School. I named the last song on my first EP ‘miloe’, and then named the EP that, and then I just called the whole project miloe after I couldn’t think of a band name to go under. I couldn’t find anything else that felt like the feeling this project name gave me. I later realized I prolly got it from Will Champion and the lads.

You moved from Africa to America, do you feel your sound has absorbed these influences in the way it combines Congolese beats with more American ‘bedroom-pop’? If this is the case has it been conscious?

As I get older, and especially as I spend more time away from home my appreciation for the music that keeps me tied to family has grown a lot. I’m just making what feels good to me.

Who were some of your other early musical influences, do you still carry those with you in the music you’re making currently?

I think Lucky Dube and Bob Marley were the first artists I was introduced to. People like Lokua Kanza and Tshala Muana, Mbilia Mel were some of my family’s favourite music when I was small. In my early music making years I really fell in love with Jose Gonzalez’s music, its beautiful and minimalist, yet impactful. That songwriting feels very approachable to me. 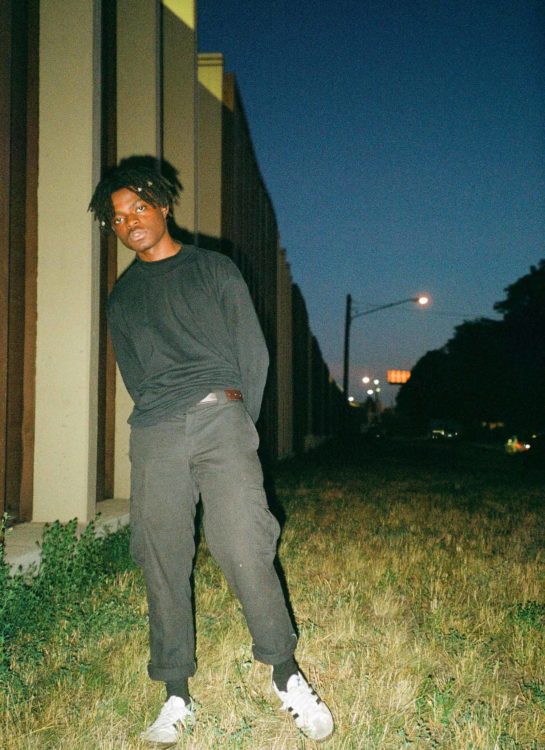 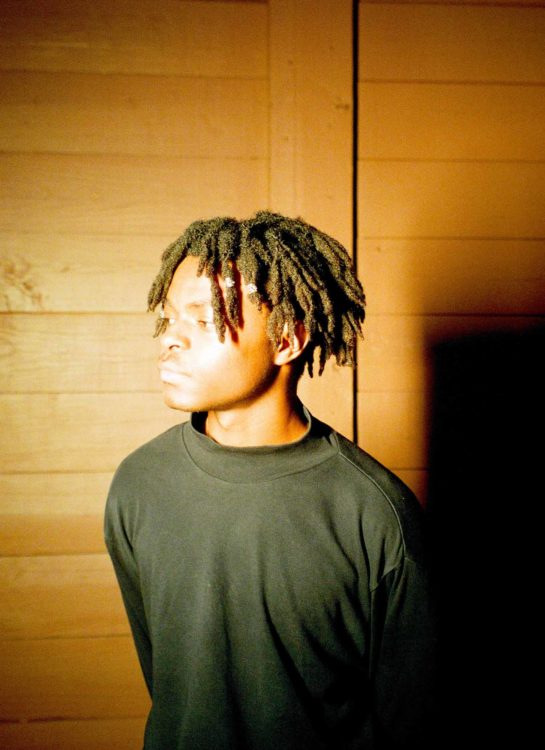 So, let’s talk about the new single, “Make Ur Way” FT. 80purppp, tell me about the story behind the track, what kind of themes or ideas does it explore?

This one came very early in makings ‘gaps’, the riff felt like a warmth I was looking for. I thought 80 purppp might like it, and this mate sent back an absolutely gorgeous verse! I think for me it’s about letting go of things and people.

I understand you produced it in early lockdown, did making music help you get through that time?

Making music was a good outlet to help regulate anxious energy. I was able to flow musically in ways that were new to me too.

80purppp’s verse in “Make Ur Way” adds a smooth layer to the track overall, how did the collaboration come about? Do you enjoy the collaborative process?

80purppp has a beautiful voice and through playing and making music with his brother Conrad, I felt like we would all have a lot of similar influences. I love making music with other people, sparking ideas in each other.

It comes from your ‘gaps’ EP. What are you proudest of from the record overall?

The visuals have been very fun for me. I love the distinct feelings each song give me. I think its my best work and I’m really proud of my growth in composing. I really love Lars Stalfor’s mixing and production, he produced a lot of my of my most listened to songs when I was working on ‘gaps’. I was fortunate enough to have him help me finalize the structure and flow of my demos, and we re-recorded the essentials at his spot and he really made this thing shimmer in warmth! It was fun to play drums on this EP too!

I hear you utilised sounds from things immediately around you, your neighbour’s wind chimes for example, how did that work? What other items came into play?

I’m often up super late night/early morning. I would put my phone on my window to record some giant trees that surrounded my house. That mixed with the neighbours wind chimes and early morning birds was very calming

What’s next for Miloe? Anything you’re really looking forward to for the rest of the year?

We’re going on tour with COIN on the east coast in the US late September and we’re playing another show in New York on the 25th September. We’ve been making new stuff too and I’m excited about how that’s feeling!

Listen to 'gaps' below: