MØ has managed to carve out a space of her own, one that embodies her DIY punk ethos with globe-conquering commercial success. In four years she’s toured the globe, worked with some of music’s heavy hitters including Diplo, Charli XCX, Snakehips, featured on the billion-streamed song ‘Lean On’ and has even performed with a Spice Girl (goals!).

Now, with her second release looming, alt-pop superstar sits down with Notion to discuss looking forwards while looking back, keeping her balance between punk and pop and while her nostalgia was a key force in the progress of her sophomore album. Get a copy of MØ’s cover story, out now in issue 80.

Escaping the Motordrome with MØ 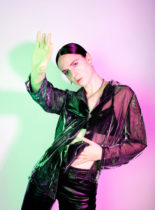 Danish superstar MØ divulges life after a mega-hit and celebrating the release of her new album, 'Motordrone'. 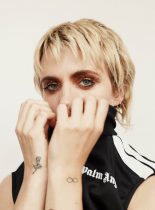 Taken from our Summer 18 issue, read our cover feature with MØ in full for the first time.