Mrley and the Art of Trusting the Vision

Set on paving his own path and always trusting the vision, Mrley speaks with Notion about his musical journey into rock and roll, love for London, and escaping the world with his guitar.

Evolving from the rap scene to curating music that draws upon a wealth of rock subgenres, fused together by the energy of punk, Mrley has been paving his own musical path and trusting his own vision with his incredible sound. Mrley’s unique sound was built upon the eclectic blend of musical influences that featured during his upbringing, but the journey to get to where he is now isn’t as straight forward as it seems.

Born and raised in south-east London, Mrley’s musical journey began as a young teen where his entire world consisted of garage band, writing and recording, picking up the bare bones of productions, and constantly refining his craft. During his time at school in the mid-noughties with predominantly black students, UK funky and grime dominated, while rock was labelled as music for white kids. Whilst this may have temporarily deterred Mrley from the rock scene, the man is living proof that you reap the benefits of trusting your own intuition and being unphased by the mainstream music that surrounds you. 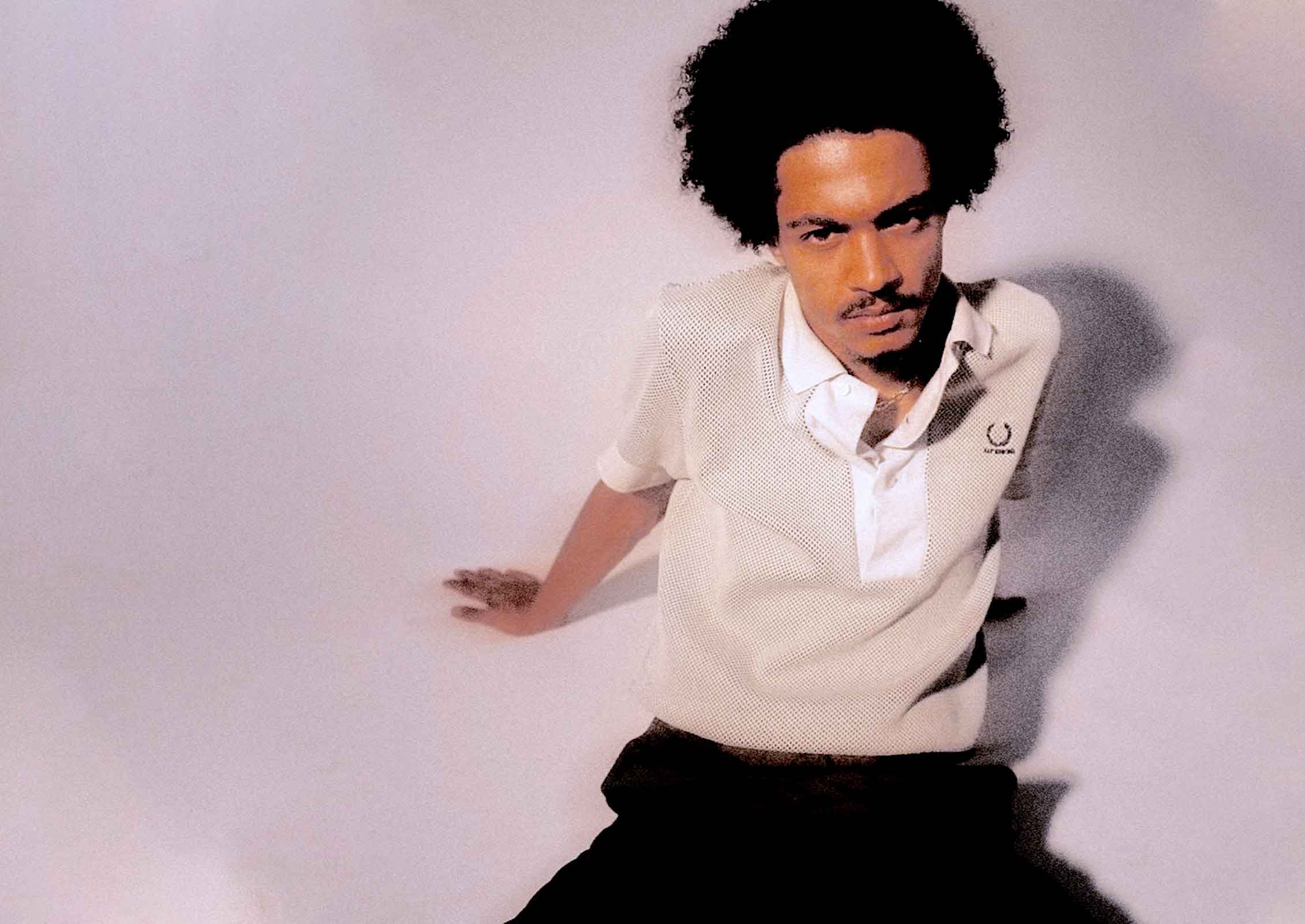 However, it wasn’t until a month before the UK’s first lockdown where Mrley really began to hone in on his unique sound. Mrley picked up a guitar whilst he was in the studio, and despite learning to play during his teenage years, he never took it too seriously. It was at that moment in the studio where Mrley fell in love with the sound and began playing guitar in every studio session, working with analog equipment and producing the distinctive sound that he is now so well known for. Meanwhile, during lockdown, the south-east Londoner had time to delve into a new world of sound, spending days making music on guitar and keys, exploring the black roots of rock and roll, whilst also embracing the freedom of skating the city he named his EP after.

Mrley’s musical evolution is a fascinating insight into what happens when you trust your instincts and persist with a level of self-belief in what you’re doing. As a result, Mrley has flourished into a fully accomplished artist that is storming down his own path of rap-rock excellence.

Notion spoke to Mrley about his musical upbringing and influences, ‘Love You London’, and to follow your own path no matter what anyone else tells you. 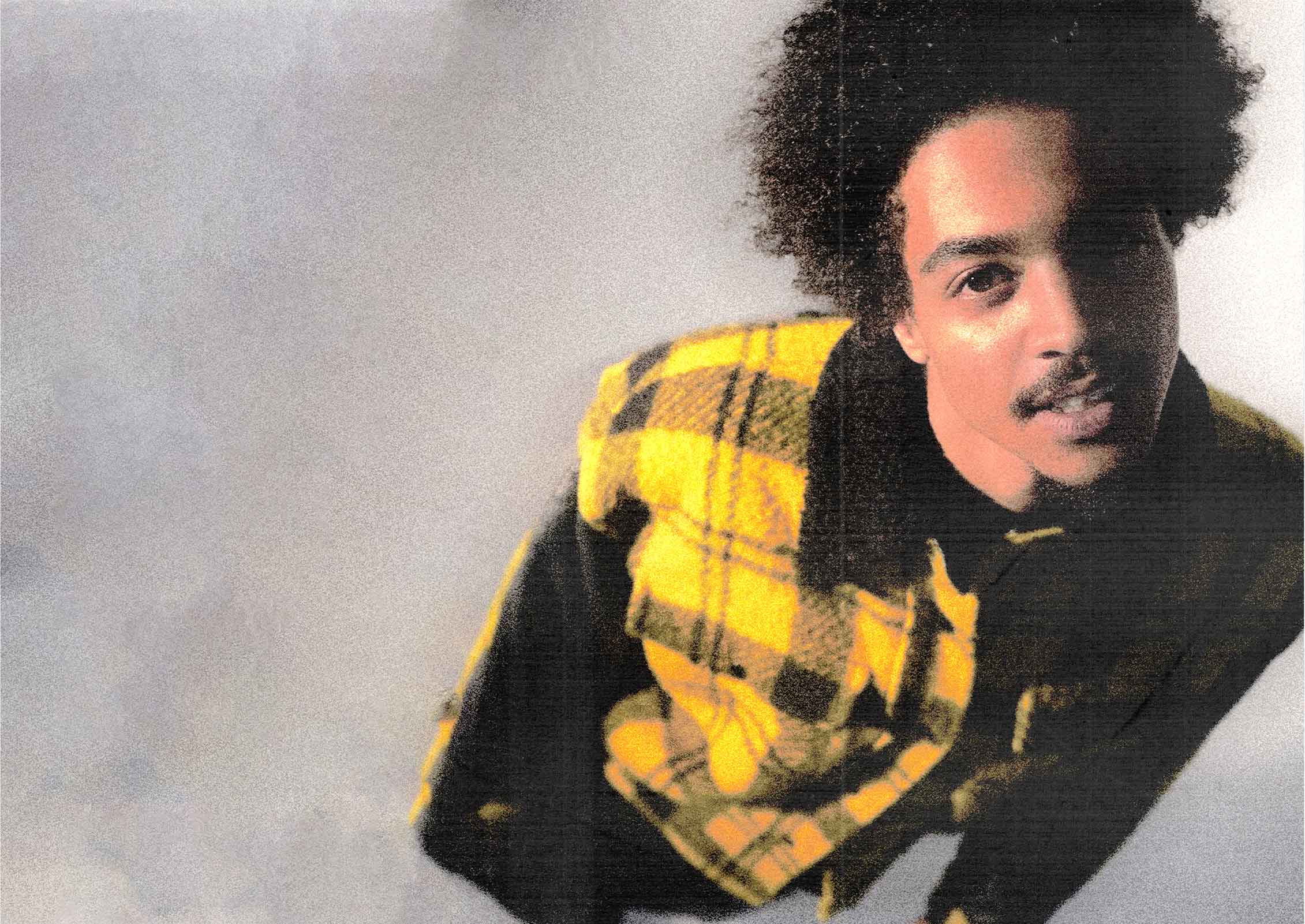 Two key albums for you growing up were Nirvana’s ‘Nevermind’ and Guns ‘N Roses’ greatest hits compilation, how influential was this kind of music in your upbringing to the sound that you create now?

They were definitely two staple bands of teenage me, however, there is only a certain amount of guitar chords that exist, so in 2021 I guess everything is going to be influenced knowing or unknowingly by somebody before our time. It all goes back to the blues, even the Beatles grew up listening to blues and old rock. They definitely helped me identify with a sound sonically, but I’d be a liar if I said I’d ever listened to one of those bands and said “I’m gonna make a song like this”.

What other records were present for you whilst growing up to form this rock-infused rap style of music?

I had a strong love for the Gorillaz. I can remember queuing up to buy Demon Days in HMV when it came out and once I got home it never left my CD player. I remember being so hyped that I asked my mum if we could go back and buy the self-titled ‘Gorrilaz’ album. This was before I had an interest in rock. I was too young to understand genres yet, but I knew it wasn’t just ordinary rock or hip hop – even as a child I knew it was something different.

Are there any current artists you take inspiration from?

I’m very out of the loop with the entertainment world. I’m forever feeling a bit of a sense of embarrassment in conversations with avid music listeners because everybody expects me to know of “this band” or “this rapper”. So, in all honesty, other than “whole lotta red” by Playboi Carti I couldn’t tell you the last time I listened to a whole album or felt inspired by a current artist. There’s a lot of artists I like such as Sam Akpro but there’s a difference between being a fan and being inspired by someone.

You recently said that music can be used as a tool to break down social barriers, bring people together, and paint a picture of the time we live in. Is this something you actively try and achieve with your own music?

I don’t begin writing songs with the intent of political or social change. I play guitar and go studio to get my mind away from the outside world rather than dwell on it. However, the majority of music today seems to be marketed with consumerism, sex or violence, this isn’t anything new but, in the world, today somebody has to be brave enough to break the quick success formula and spread awareness of the agendas being set from above us. So, if it has to be me… so be it.

Lockdown allowed you to lean into a new world of sound, exploring the Black roots of rock and skating the city your EP is named after, but what has life been like for you since coming out of lockdown?

To be completely honest not much different, when you’re in the unknown it’s easier to stay optimistic, however, I mentally feel restrained even if we’re technically “free”. I’ve never really been a going out person so I don’t feel liberated by the opening of clubs etc., I’m happier that I can get a sit-down meal with my girlfriend and enjoy the small things in life.

How has it been back playing live shows again?

It’s definitely nice to have a whole room screaming the chorus to “My Side of London” and I think after the last few years any sense of togetherness is going to be rewarding and feel wholesome.

You only recently played guitar live for the first time at the start of the month, what did that feel like?

It felt amazing. If you had told me 5 years ago, I’d be on stage with a guitar around my neck I’d call you a liar. Anybody can recite words into a microphone and keep to a beat, but I think playing guitar at the same time, for me, has put the “music” into my musical performance. My band (Jack, Cameron and Seun) gave me the confidence I needed to do it! 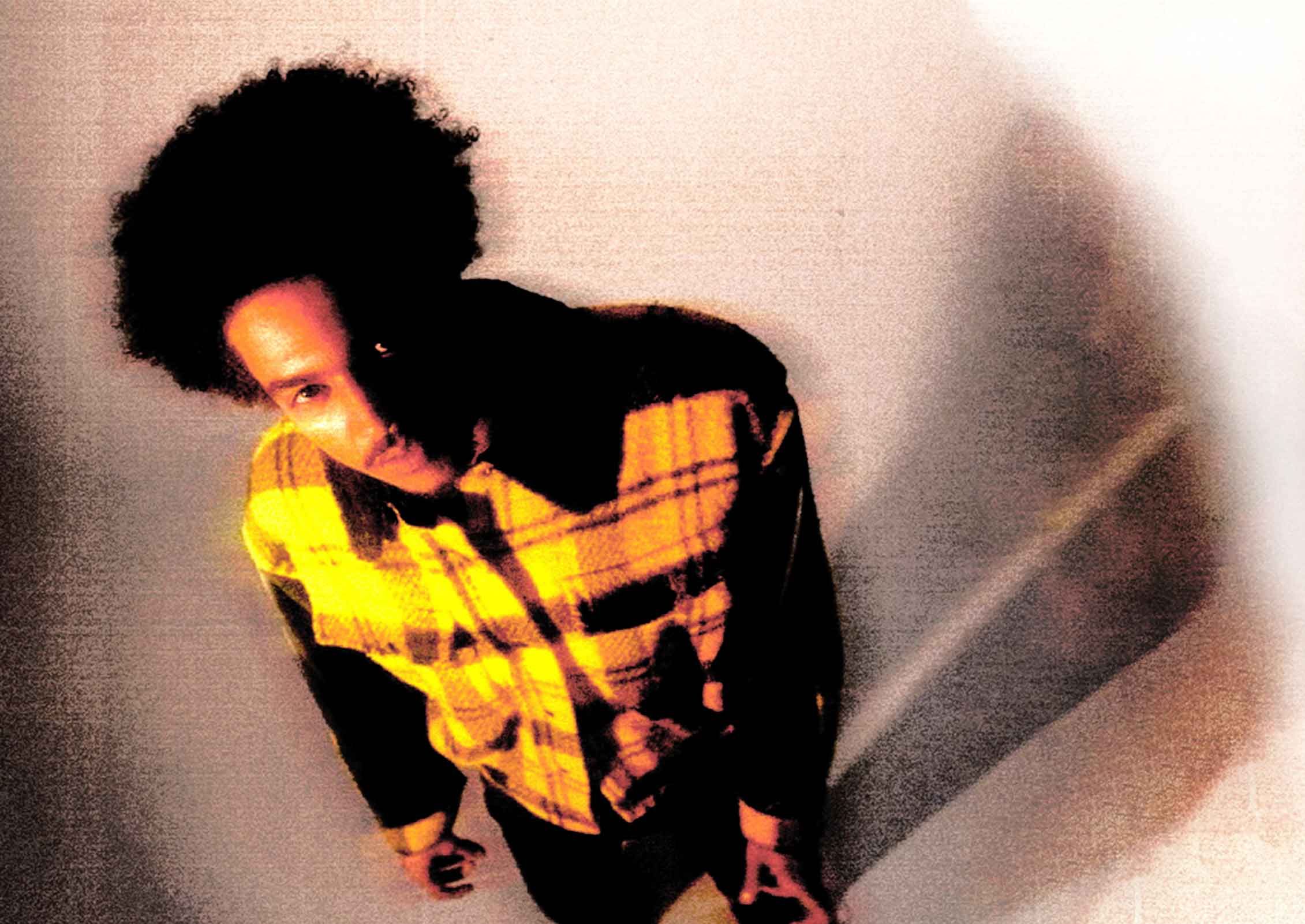 What has the reaction been to ‘Love You London’ at live shows?

It’s been electric. It’s reassuring that by the 3rd show a lot of the crowd knew the lyrics however I’ve only played in London so far, so I guess I’ve had a biased audience fuelled with pride of being from London. If I get the same reception somewhere up north, I’ll be over the moon.

What made you want to pick up a guitar and start producing rock-based rap music?

There is virtually no representation of Black rock artists in England outside of underground scenes at the moment and there isn’t much of a rock audience in the mainstream at the moment aside from guys with beards and IPAs. So, I’m doing it for everyone who is bored of hearing the same old repetitive music on the radio and for people in the countryside to see a Black Londoner make it without being labelled with crime affiliation and the same old struggle story. But for the record, I don’t consider myself rap-rock, I’m just a rock artist. The only thing ‘rap’ about me is that I’m Black and that’s part of the issue. I’ve made this more clear on my next EP by fine-tuning the sound and developing my singing skills.

In the rap scene you became known for your frenetic, uncontainable sound and performance style, traits you can also associate with Rock music, at what point did you feel like you could fuse the two genres together?

I never planned on fusing them together. I just started making rock music very suddenly, so my previous rap writing patterns and delivery were still very prominent in my first few songs. By the time I made my last song from the EP called ‘Nature of The City’ there wasn’t really much trace of rap. It’s just 100% rock and roll. But I’m so proud to have grown up in the UK rap boom and will always highly respect and cherish it dearly.

What is the creative process behind curating this niche genre of music?

Here is when the rap background plays its largest role. I know rock artists that can spend a year writing a song, and I’m not knocking that process, but a good rapper will always have the song writing edge as it’s part of rap culture to write multiple verses a day, so I definitely owe it to rap for my process being fairly quick. I wrote each of the songs from ‘Love You London’ in a single day aside from “On A Boat”, for which I spent weeks on my guitar writing the parts.

As an avid skateboarder, do you find the freedom of skating provides a different perspective when you’re in the studio and creating new music?

I think skateboarding goes way deeper than being in the studio. It teaches you that no matter your background if you share a love for something you can develop life-long friendships with almost anyone. But it’s ingrained in my head that even if it takes hundreds of tries of blood sweat and tears the most rewarding feeling is getting there in the end, and I guess that translates to music when it comes to writing and overdubbing tracks.

As the year is coming to a close, what have been your personal highlights of 2021?

My highlight this year has been finally dropping the persona and showing the world the true me. I feel like I can walk with my head held high knowing I’m trying to be nothing but myself.

What did it feel like to be featured on BBC Radio 1’s Future Artists on Jack Saunders’ show?

It was a cool experience to hear my voice on Radio 1 with a presenter as influential as Jack Saunders. But we put a lot of work in trying to make good music that would reach the masses. So, if I said it was a shock I’d be lying. I could hear these songs being played on radio from the moment I wrote them. But I’m so grateful for the support I received from Jack and other BBC presenters on the release. It honestly means the world to me in a world that’s so uncertain.

2022 is time to open the floodgates and normalise rock music to youth of all backgrounds again. I was told by classmates in school that rock is just “white boy music” and if I can prevent another child being fed this ideology and encourage them to love what they love I’d one day leave this world knowing I made a positive contribution. That’s all I could ever ask for.

Listen to 'Love You London' below: