Since then she has released her ground-breaking mini-album Durt, been crowned the Sound of 2017 by the BBC, and even premiered a video on Vogue. In honour of her recent Sound of 2017, win we present an updated version of her feature from NOTION 74.

RAY BLK’s presence is one you almost feel nervous of. She considers what she’s about to say, delivering her words precisely, eloquently, softly. Just enough without giving too much away, wise beyond her years at only twenty-two. Should you start to think Ray’s at all reserved though, out comes a hearty chuckle, eyes twinkling, which you can’t help be warmed by. If she’s quiet, it’s because she’s able to say so much through her music, to convey the world around her in a few simple, hard-hitting lines.

In her breakout track with Stormzy, ‘My Hood’, she dissects the customs and ways of life of her fellow South Londoners, herself being a Catford native; ‘Socks and sliders everywhere and everyday / Full English breakfast at a ‘caff’, not in a café / No, no baby we don’t let strangers come our way / But come to my hood.’ In ‘50/50’ she sharply calls out a beau for not putting in the effort and hinting at some impropriety, ‘Money, money / Always above me / You’re too busy selling food / Now are you really ready? / Or are you wasting my time? / Cause if you ain’t try’na wife me / You need to get off my line’. 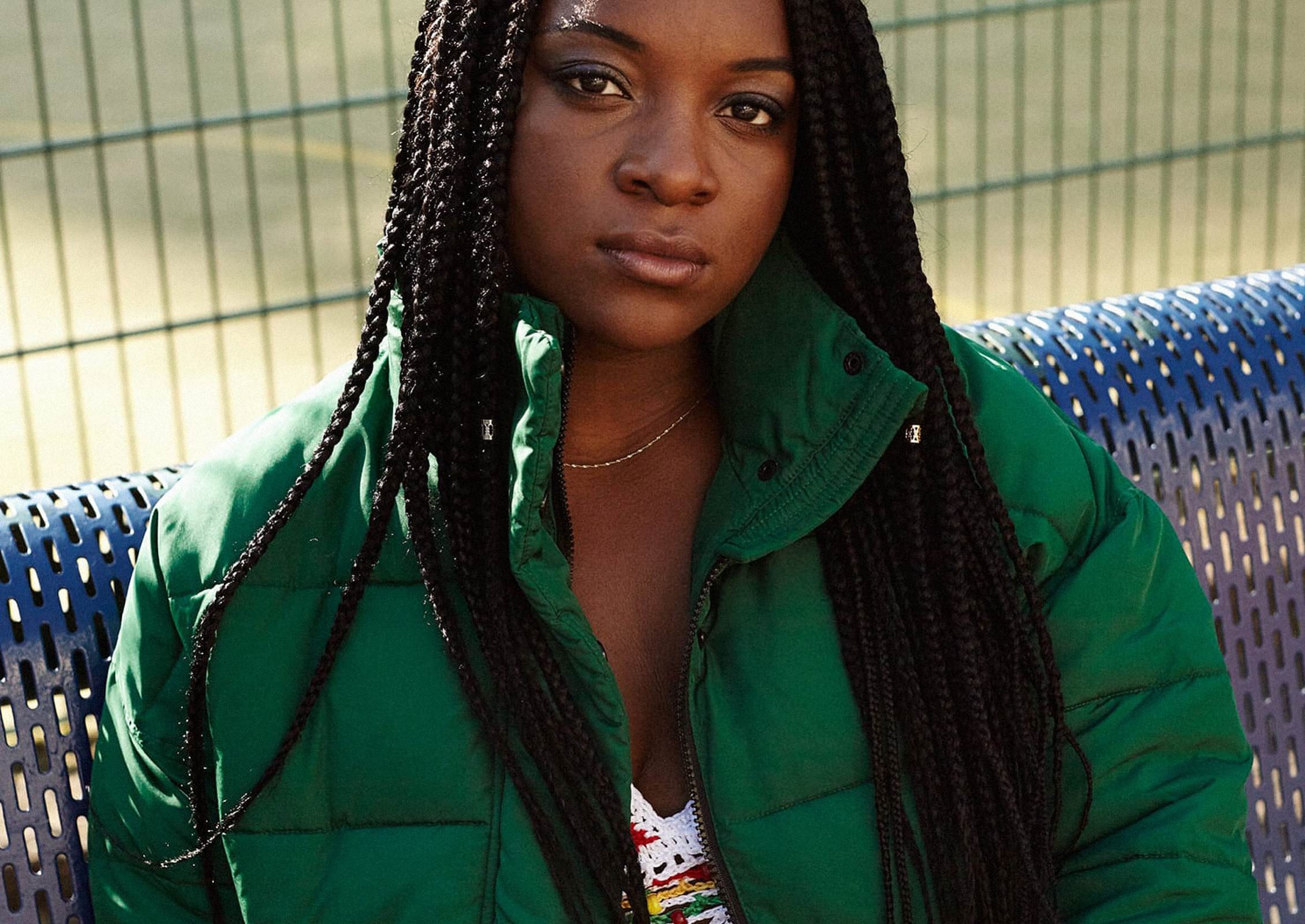 Ray is a storyteller; her music proves it. From her track ‘Talk to Me’ which details her hopes to take it further with her squeeze, through to her modern lullaby about the South London streets, Ray’s able to communicate so many relatable situations, flitting between rap and using her rich, honeyed vocals. It’s something she says was aided by her years studying English. “I feel like that’s what I took most from my degree, learning how to tell stories”, she says, “and I feel at university level you learn a lot more outside of reading books, like sociology, history, which I feel has impacted my stories.” During her final year, Ray learned more about her own story, choosing to study postcolonial Nigerian literature for her dissertation, “I feel like I learnt so much about my background because I’m from Nigeria. I feel the books that I read at that point really added to my knowledge about my background and my history.”

Ray’s final university year was also the period she began penning the next chapter of her life, pursuing her longtime hobby more seriously. “I wrote the songs and then I scoured the internet for an engineer that would let me record at his studio.” Her first song was uploaded in spring of 2015 and it was a minute before it started gaining recognition. “SoundCloud is such an amazing tool,” she says. “I’m a bit sad that’s it becoming a thing about money now, because you have to sign up to join, but SoundCloud is really what did it because people shared things”, she reflects. “The internet is amazing; how I can be sitting in my house in South London and someone in like China is listening and commenting on it.”

Never having had a singing lesson, (“I wish I did. I feel like I’d be better if I had singing lessons” she insists), she copied her idols on the telly; “I used to sing along all the time” she reminisces. “I spent my afternoons watching MTV Base, singing and dancing along in front of the TV and I just learnt how to copy until I found my own style.” Her early influences included hip hop artists like Biggie Smalls and Jay-Z but she says “at thirteen/fourteen, I started listening to people like Lauryn Hill, Amy Winehouse and Lily Allen… a wide spectrum of artists but I find they all seem to be quite outspoken women.” Just like her noteworthy idols, Ray’s talents lie in being able to convey the trivial yet important parts of daily life with understanding, humour and, above all else, poetry in her lyrics.

If she’s influenced by the likes of Hill and Jay-Z, Ray’s sound is still very British, harvested in the South, “where I first met Stormzy and Section Boyz at a show in Croydon before they catapulted into fame. Everyone used to make music growing up as well, everyone around the area has made music at some point in their life. It’s a very creative place.” It also provides the setting for her video for ‘50/50’ which sees RAY roam through the streets with her girl gang. “No actors, just my girls who got out of bed early to come in full force and support da ting” RAY posted on Instagram on the day of the shoot. Reflecting back on the beginning of these friendships, it’s clear that RAY is very much a girl’s girl, “I always say the women in my life are the ones that have influenced me most. I’ve always been surrounded by strong women and they’ve definitely influenced me.”

Blessed with a can-do attitude, that same DIY spirit that seems to be springing up all over from south of the river, and with the presence of someone much more established, Ray is well on her way to leaving the kind of impression her influencers left on her. She may already have the comparisons to Hill, but she needs the kind of project that’s going to make the whole world stop and listen.

The release of her mini-album Durt late last year took her one step closer to that point. A seven-track collection of her best work to date, ‘My Hood’, ‘Chill Out’ and ‘5050’ along with a selection of new material, it took the UK by storm within hours of its release, earning her a spot on the BBC Sound Of 2017 poll long list. With the street-level following of a rising MC and all the press attention of a future popstar, Ray BLK could well be the biggest singer to come out of London since Adele. If anyone can do it, it’s our girl from South. 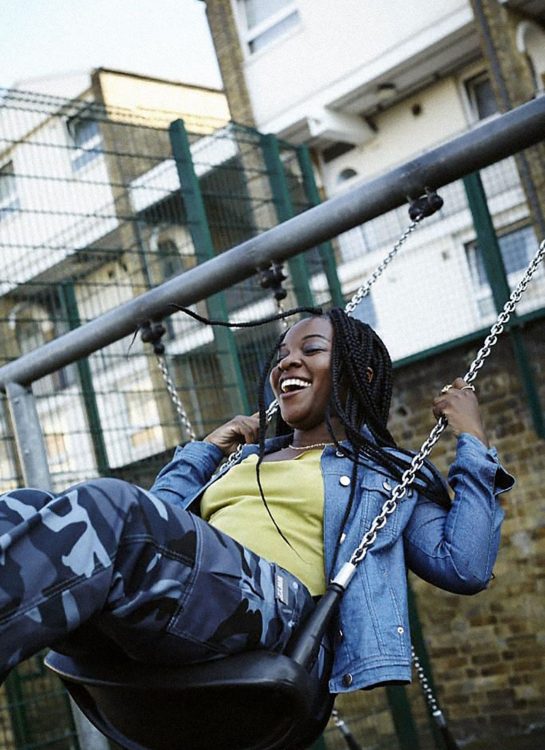 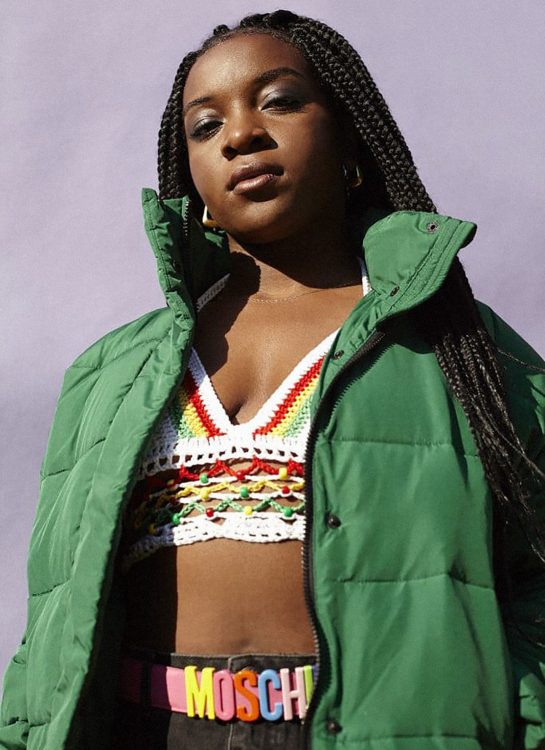