Argentinian artist Nicki Nicole speaks on being inspired by her hometown, how she chooses to measure her success and the way she wants to be identified as an artist.

Nicki Nicole’s rise to fame has been meteoric, from regularly listening in on freestyle rap battles as they unfold across the Buenos Aires City Plaza to hitting number 3 on the Billboard Argentina Hot 100 at just 18 years old. Now aged 20, she is becoming a true master of her craft, fusing R&B and trap elements to create a sound that is solely her own.

Nicki follows no formula or game plan; she is an artist that can be commended for being true to herself by making the music she loves.

When asked to introduce herself to those who may not be familiar, Nicki Nicoledeclaratively states her name along with her latest achievement of being nominated as ‘Best New Artist’ at the Latin Grammy Awards, bright-eyed as though the news is still sinking in.

The world is no stranger to the Trap genre – it’s frantic hi-hat patterns and booming 808 bass can be recognised anywhere. Argentina has emerged as a hotspot for exciting new artists that are breaking through with this genre on an international level and it’s impossible to ignore the fervour of Nicki Nicole as she melds her soulful vocal tones with her deftly rhymes.

The recent global interruption was needed for Nicki, despite not being able to connect with her fans as well as friends and family, she took the time to recenter her focus, better her vocals and continue discovering different musical styles. Currently residing in Rosario, she remembers listening to many different voices and sounds growing up and even learning to sing by imitating other artists and reaching the notes they were able to reach, “Oof course I had to put in my own efforts so my lyrics tell my own stories”. 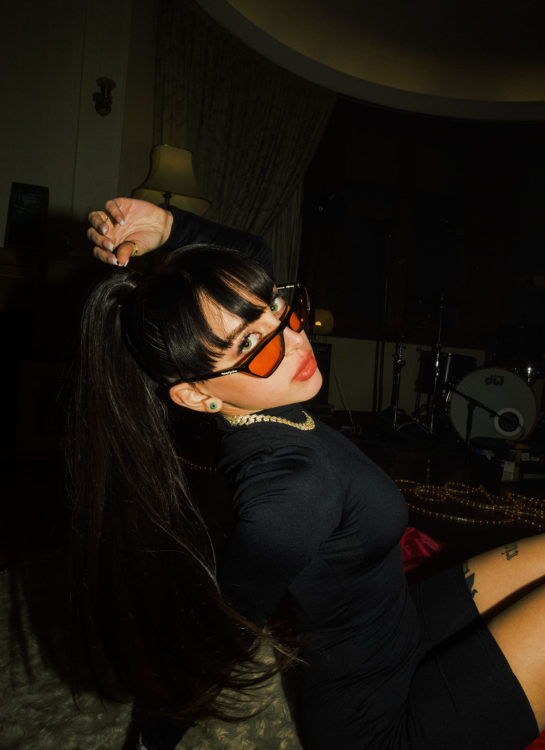 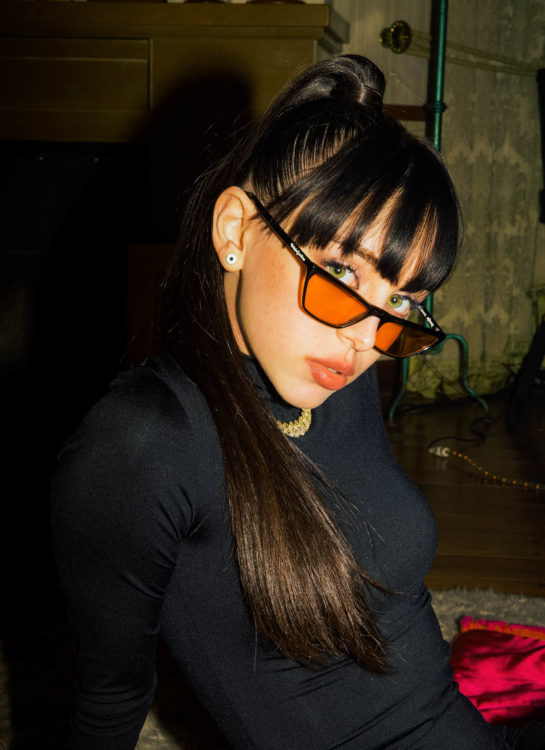 Long before the days of YouTube and social media, when MTV was the hub for keeping up to date with your favourite artists and Y2K fashion trends, Nicki recalls being glued to Michael Jackson and Madonna on TV.“I thought to myself one day, I want to be like those guys. I want to create my own music and dance on stages”. This childhood manifestation soon came to life as 2016 marked the beginning of her creating and releasing her own music. At the mere age of 20 there is no doubt that she is on the path to global domination with a style and finesse that diminishes all language barriers. With the uproar of female MCs who continuously dominate the scene, Nicki does not question her position in what can sometimes feel like a male-dominated industry, acknowledging the women who came before her and defended their place in whatever industry they are in. “Maybe if it were like five years back, I would have to be strong enough in order to struggle for those female values and to be respected”, she says. However, with the rise of women owning their spaces in these industries, Nicki feels she can now be truly recognised for her talent.

Nicki’s latest release, ‘Mala Vida’, is an interpretation of gangster movies but from the female gaze, where she is not the helpless love interest but in fact, the woman in charge who calls the shots. Her aim was to build a fictional world where she tells the story of people who have tried to leave the mafia life behind but end up being roped back into the lifestyle. Nicki’s smooth vocals brazenly glide over the hip hop influenced track that now sits at 18 million views and counting. This anthem follows up from her Drake inspired single “Colocao”, displaying her extensive vocal range and style, not just as a singer but a well versed MC. With the combination of her Latin essence, R&B undertones and her signature cadence that melds over the production, Nicki Nicole has been able to attract millions of views and streams with the music she makes. One video that seemed to have brought Nicki stans to their knees is her BZRP Music Session 13. The then 19-year-old, styled in an oversized hoodie and a red Adidas jacket, was unaware of the shockwaves she was about to send in the space of 2 minutes and 26 seconds. “When we created number 13 we were just doing music, I mean, we were doing it just for fun and that’s why it was so unexpected”, she says, “It changed our lives and because of that the producer had to leave university and I had to be cautious when I went out to the streets”. However, Nicki doesn’t measure her success by streams, ticket sales and how much money she makes but from the fact that she is able to reach so many people with her music and perhaps touch someone with her lyrics. 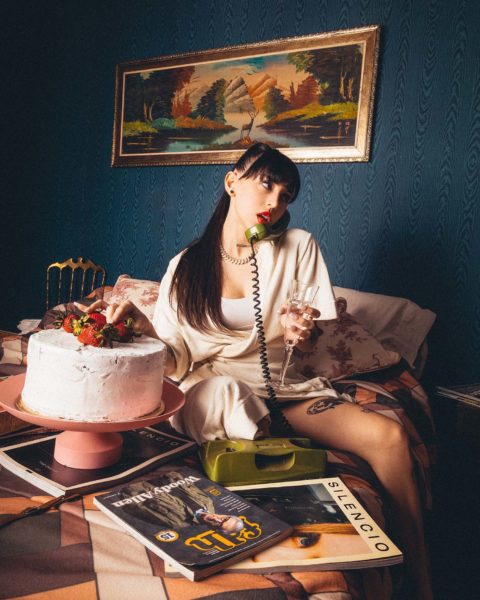 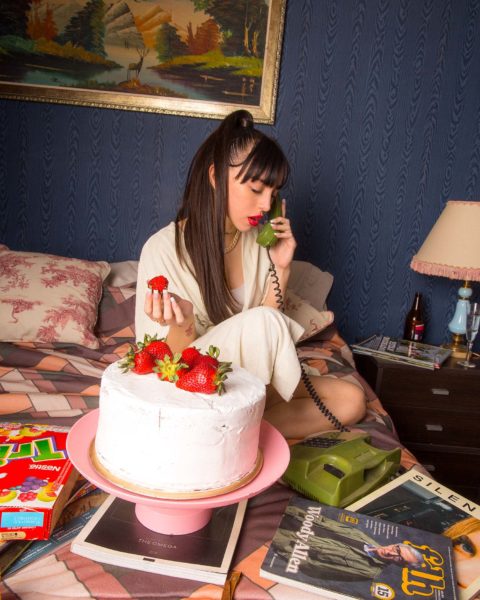 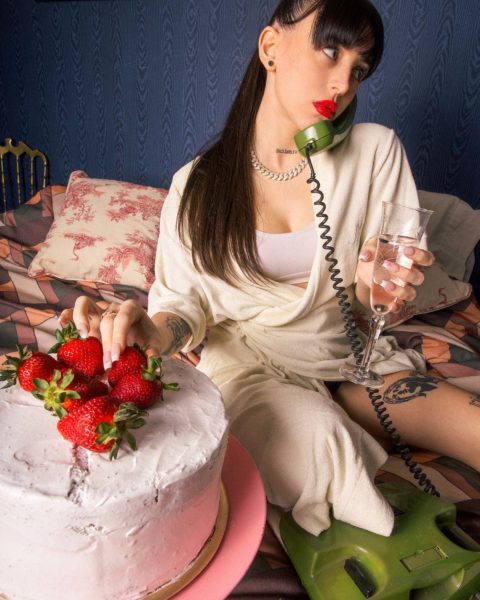 With each of her tracks amassing millions of streams, Nicki admits that the support of trap artist Duki was a key component in making this happen. “Duki is one of the most respected artists right now because he was one of the first artists in the [Trap] scene… he recommended my music and thanks to that it has had this boom”. I was curious to know what it is that sets Nicki Nicoleapart from the pool of Argentine artists that are currently in the scene. “Now you’ll see more and more women who are dedicated to music because they’ve found inspiration in me, the same way that I’ve found inspiration in older women before me”, she reflected. Nicki hopes to create a domino effect of female singers and MCs who are going after what they want with self-motivation and confidence.

As we reached the end of our conversation I gathered that there is no slowing down for Nicki Nicole – the awards and nominations, the substantial numbers of streams and the global recognition she has obtained hasn’t deterred her from what’s truly important to her – making music. She reveals that an album is on the way, but hopes to release a single before then with an American rapper as a potential feature. There is probably nothing that can get in the way of the momentum Nicki has built over the years and we are excited to see what territory she conquers next.