At around 8pm in Australia, Ruel is winding down from a day that most probably doesn’t resemble that of a typical teenage boy.

The young popstar is a talent that is becoming impossible to sleep on. Not only can he count a discography that scoops up over a billion streams, but the success of three sold-out world tours and five Platinum plaques too. It is no wonder that Ruel is proving to be one of the youngest trailblazers the music industry has seen in a very long time.

From his insanely popular hits “Younger”, “Dazed & Confused” and “Painkiller”, to his collaborations with SG Lewis, Omar Apollo, Cautious Clay, and GRACEY, Ruel is a pop landmine that is just waiting to explode.

With so much success at a young age, we wanted to know what Ruel is all about. 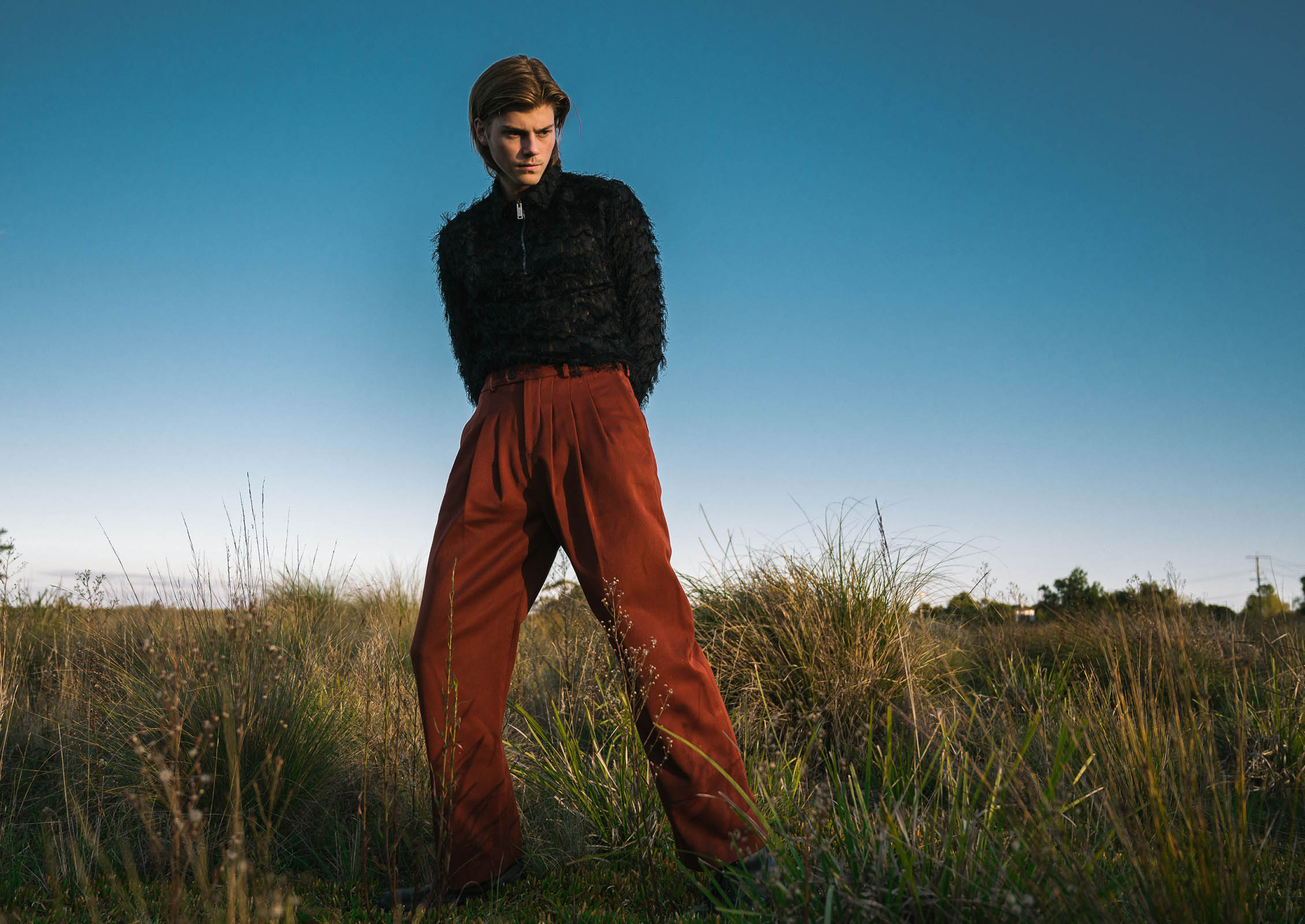 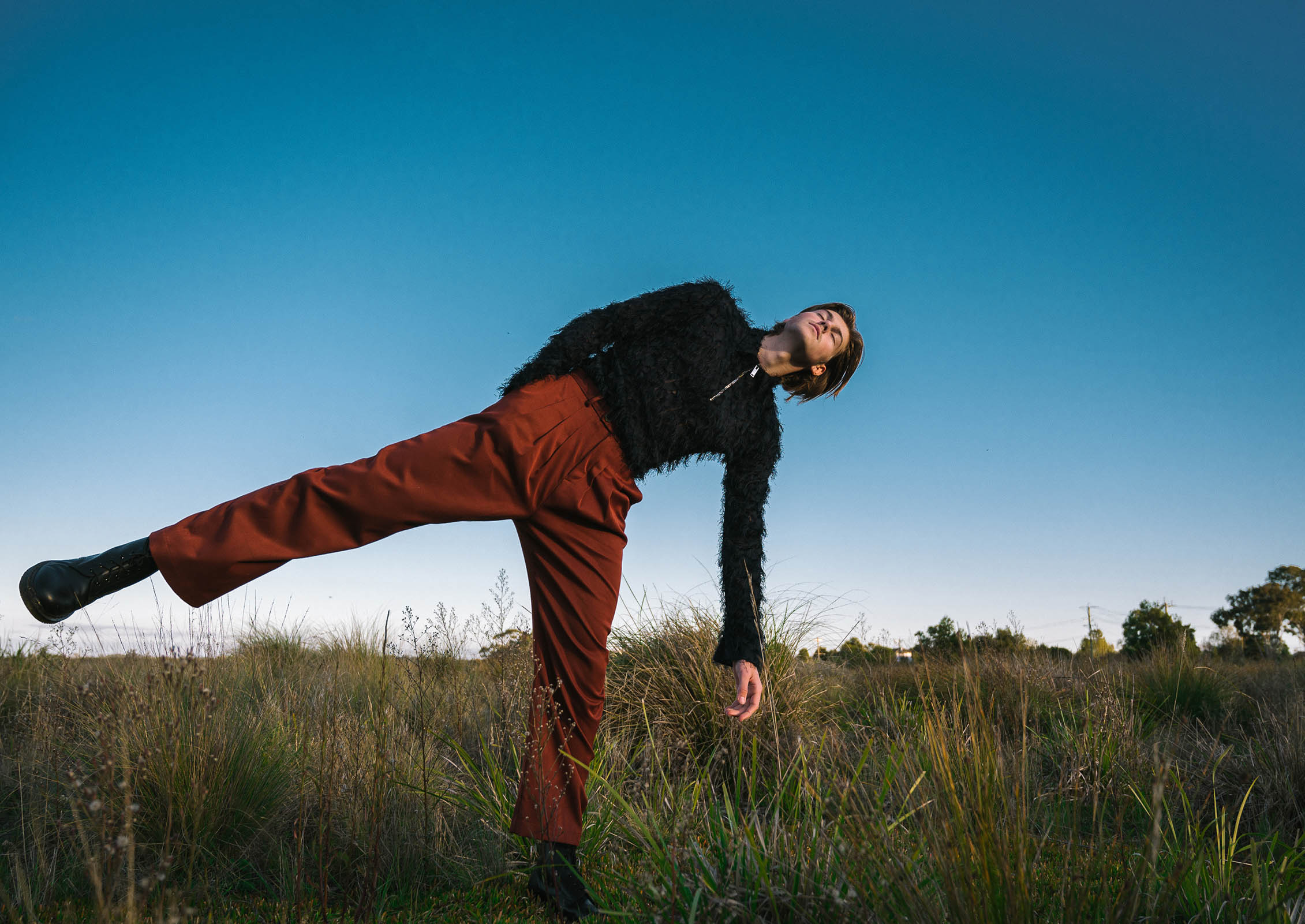 In a laid back demeanour, the Sydney-based singer-songwriter traces the roots of his musical journey to the first time he heard a James Morrison record, “I just remember hearing and being absolutely blown away by his voice and songwriting. I just wanted to be like him from that point”. In fact, the young Ruel was so mesmerised by the English singer-songwriter, that it inspired him to learn the guitar and to use his pocket money to buy his first-ever CD – a James Morrison record.

At the tender age of 14, we saw the release of Ruel’s first official debut. When asked about his confidence in his musical identity, Ruel admits that having a supportive team who knew his influences and knew what he wanted to do with his music early on paid off.
Stepping into the unchartered territory of a writer’s room filled with experienced musicians would be daunting for anyone, let alone a 14-year-old who is fresh on the scene. “I didn’t know what I was doing during those sessions, I didn’t know how to write songs, I didn’t know how to act around other writers and those situations were really scary for me so I was just lucky that I had people that were supportive”, Ruel reveals. 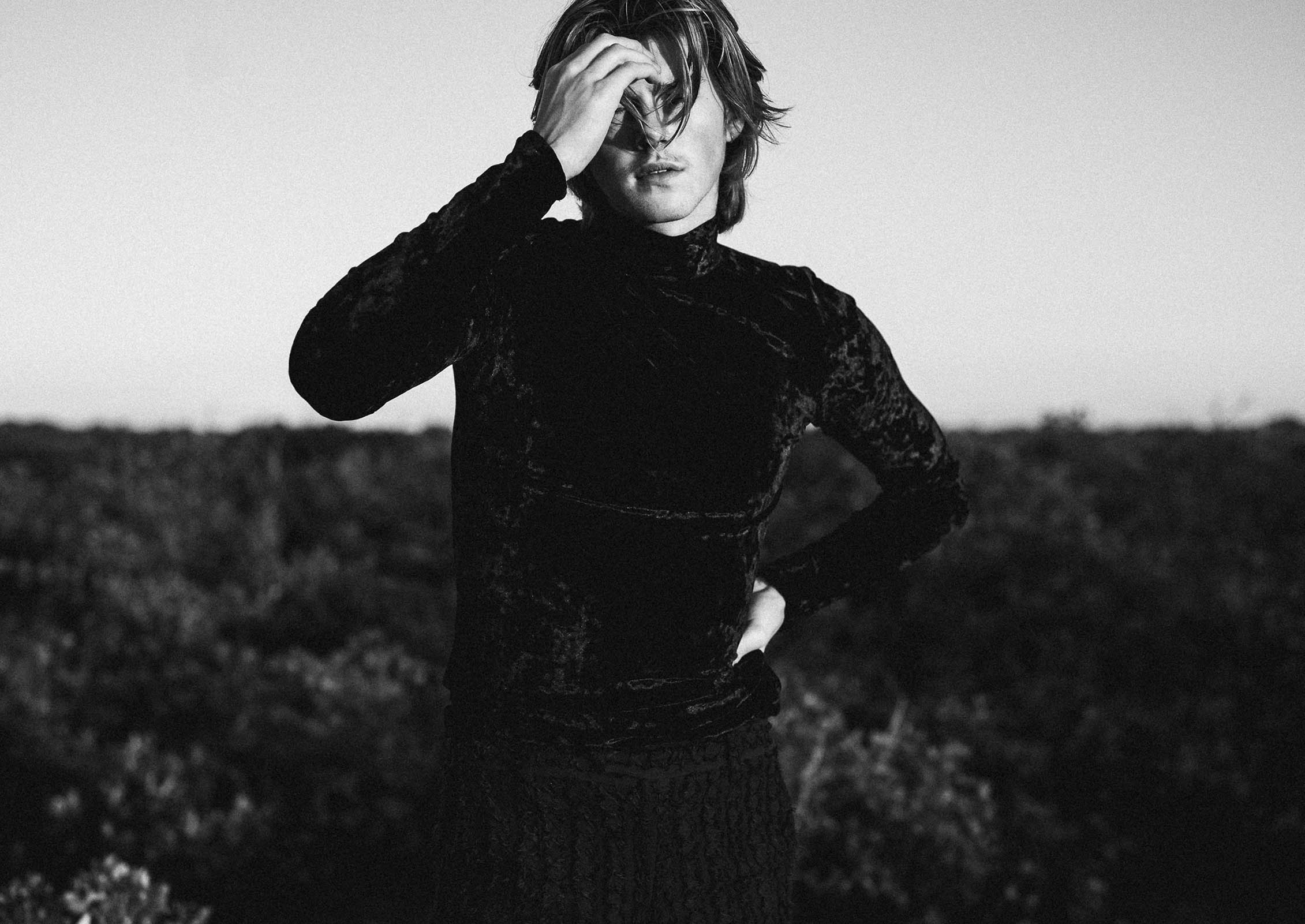 When taking in Ruel’s music, you will notice how vulnerable he allows himself to be whilst simultaneously obtaining a level of emotional maturity. I wondered if baring his soul to the world ever came with some challenges, and he suggested that it’s all to do with the people he collaborates with. “When I started to write with other people like Sarah, Alex Hope or all these people that I’d been writing with, it was really easy just because they were so honest as well; they would open up about their experience so it was all very mutual. It was like mutual therapy for both of us”, Ruel explains. However, on the flipside, the musician admits that it’s not all sunshine and rainbows: “There’s been a few times where I don’t want to open up to the person that I’m with just because I don’t feel like they’re genuine or open, they’re a bit closed off as well, so you don’t really wanna give them much of your life problems”. 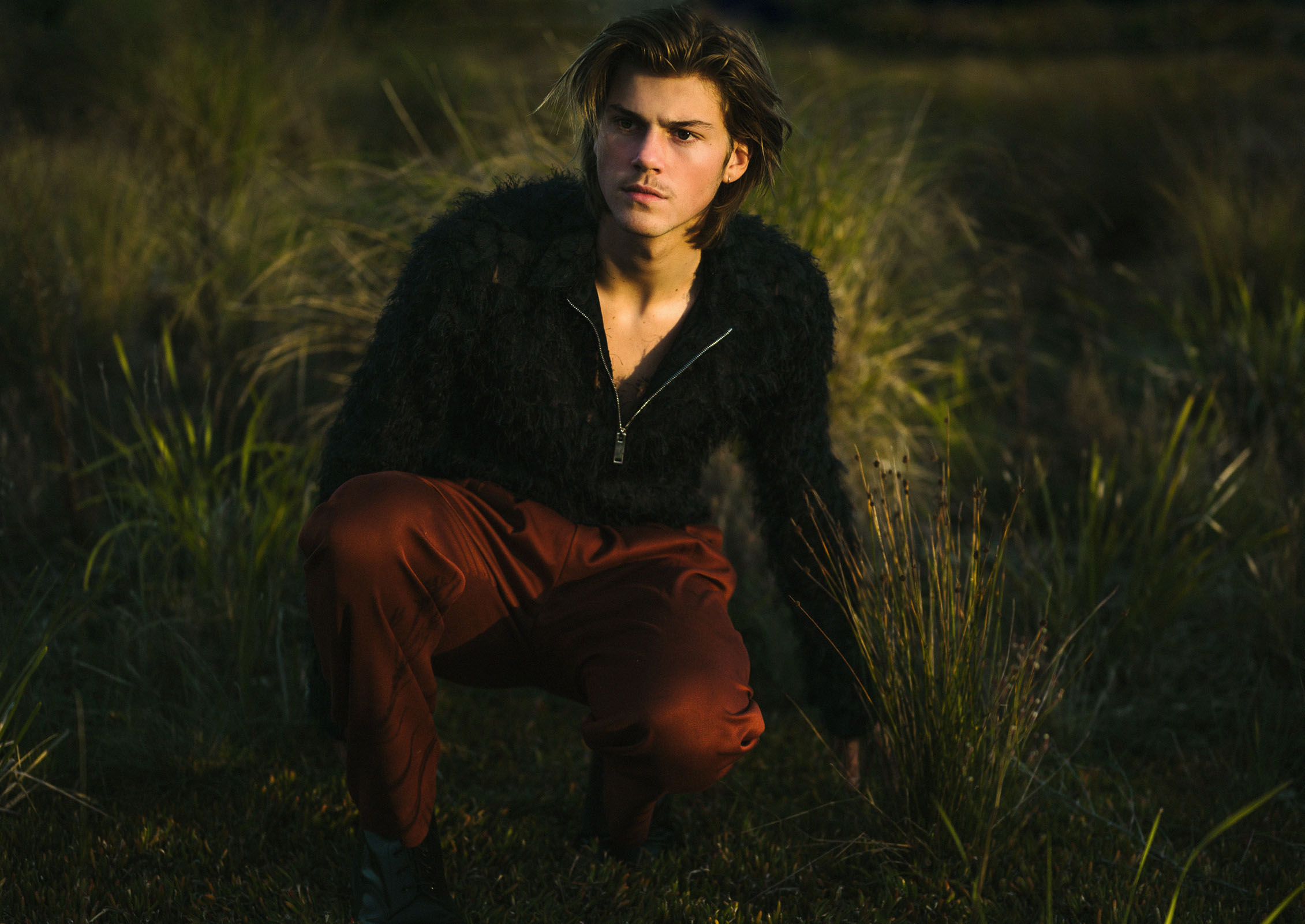 Always keen to feed his creativity, Ruel has recently created to his very own television network, ‘RuelVisions’. A portal to an alternate universe based in the 70s is perhaps the best way to describe this concept, which features improvised skits, 24 hour live streams, ASMR and so much more. “We had this idea of all these TVs to play all these tv shows and skits and stuff. RuelVisions was born by making all those little snippets you see on the TVs their own form of longform content that you can watch”, he tells. “We just went HAM and made 15 hours of content”. A testament to his unbeatable ambition and innovative thinking, the idea was inspired by the video for Ruel’s track “As Long As You Care”, taken off his newly released ‘Bright Lights, Red Eyes’ EP. 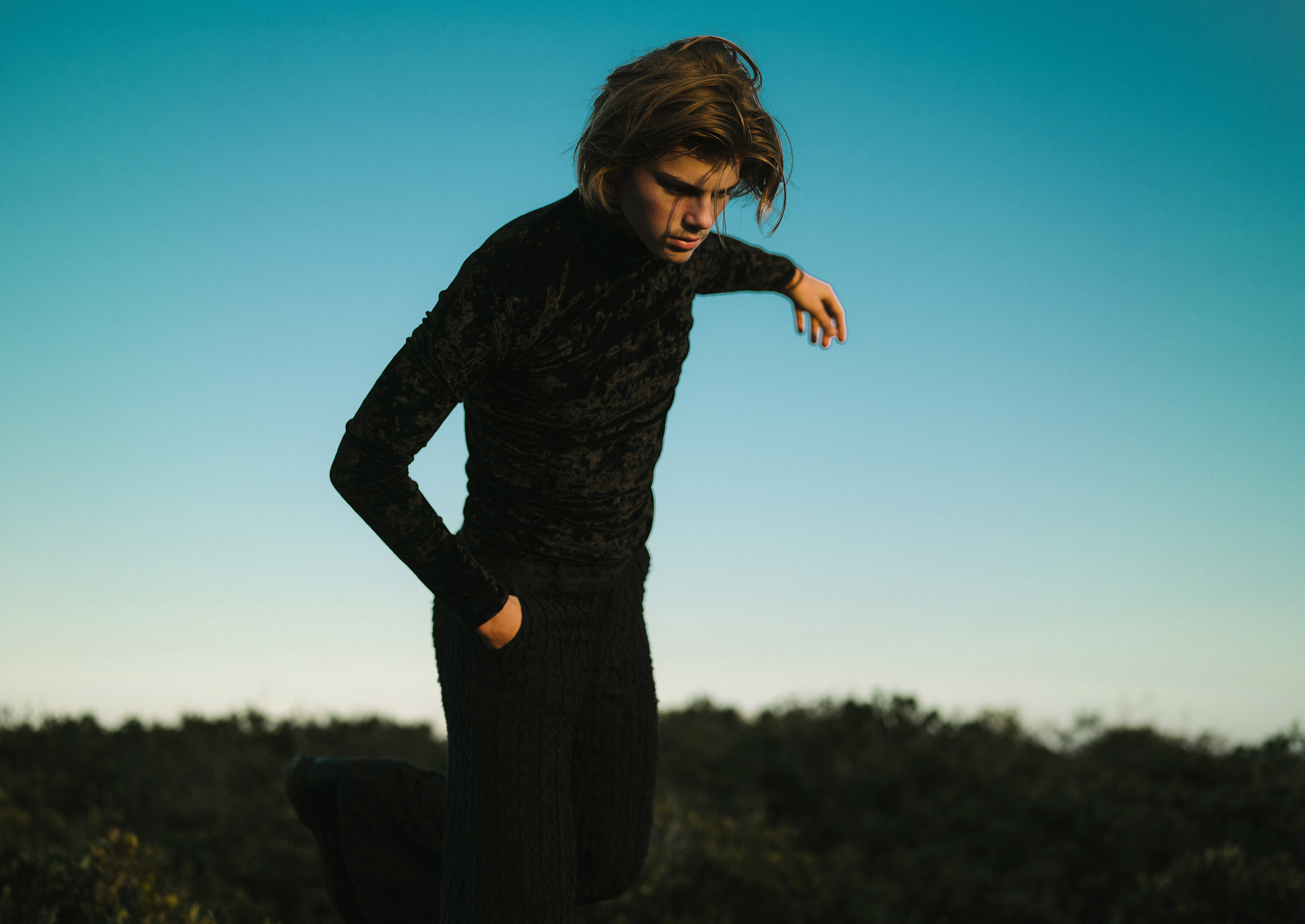 Movies also play a huge part in Ruel’s creativity, as he reveals that the single, “Real Thing”, from his last EP was inspired by a scene from Steven Frears’ classic film, High Fidelity, with John Cusack.

We consume and discover a countless amount of music each day that sometimes, to no fault of their own, artists end up flying right under our radar. So, being on the other side of the world, I was curious to know the talent that Australia has to offer. A name that Ruel suggested we all get to know is singer and rapper Genesis Owusu who has played shows alongside the Free Nationals. “He’s an absolute monster – he’s got an album coming out soon which I’m gonna do some stuff on”, Ruel tells me. “He’s really cool everyone should check him out”. 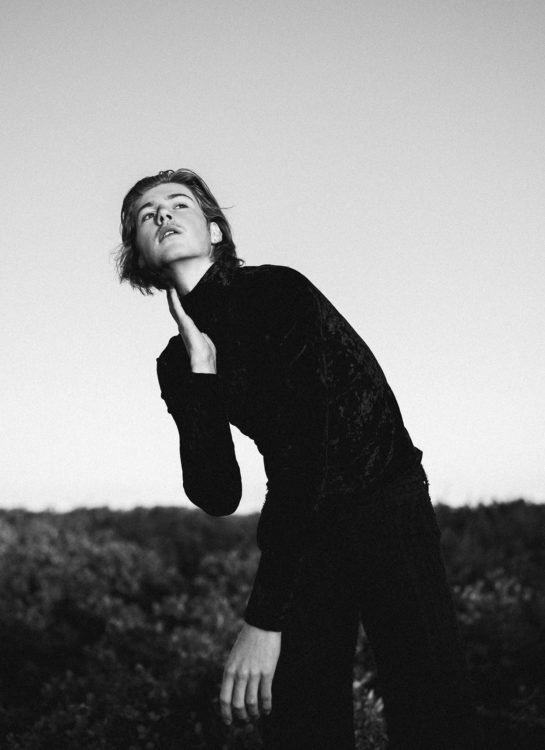 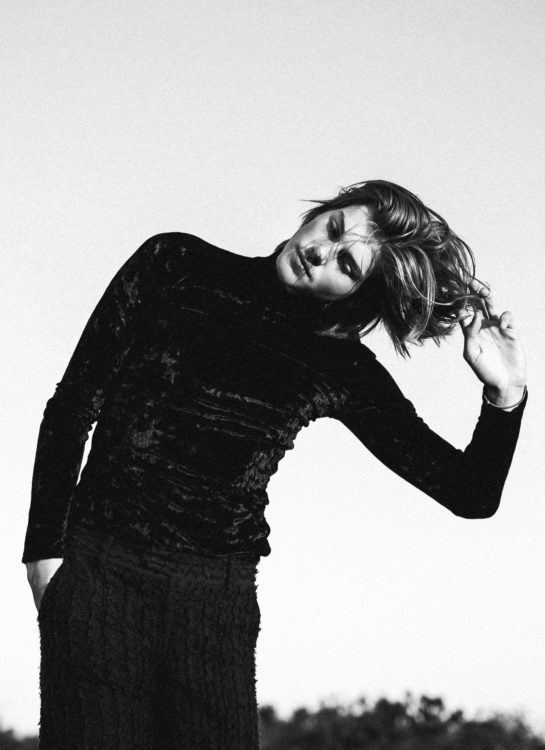 From churning out tune after tune in the form of albums and EPs, to launching his own television network, it’s hard to predict what will come next for this creative super force. We are all guilty of setting goals to secure future success but for this 17-year-old, going with the flow and taking every day as it comes is how he chooses to navigate his career. “I don’t really do that to myself because for me personally, I just think it adds more pressure and I get really upset if I don’t achieve those things”. His determination isn’t fuelled by goal setting but allowing creative ideas to come as they please.

I think it is safe to say – whatever Ruel is doing, it’s paying off.