Nonô: “Women are the Main Characters of Their Own Lives”

Brazilian-born singer Nonô spills on her musical influences, talks about feeling empowered and shares a little bit of what we can expect from her next. 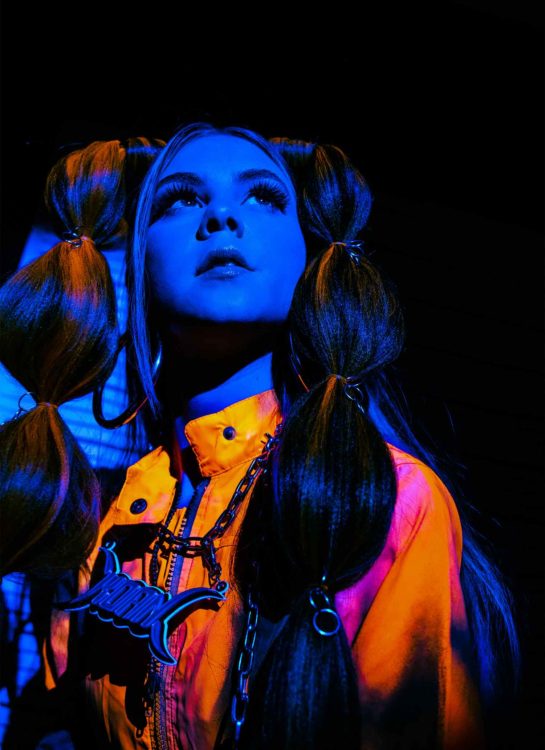 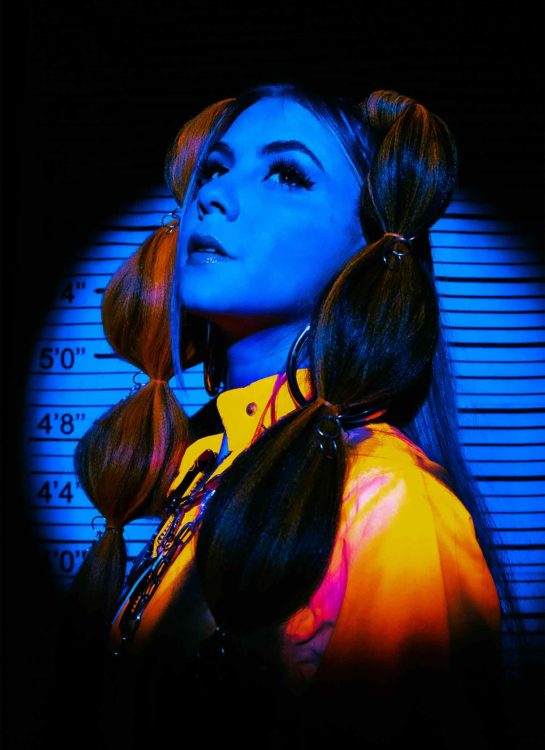 Bold and vibrant are two words that sum up the UK’s freshest talent Nonô, the young artist originally was raised in Rio de Janeiro.

Debuting in 2018 with the striking single “Blind to You”, the Brazilian-born artist has since rocked the world with her Latino-hip-hop-alternative fusion music, often taking on gender stereotypes, crappy relationships, and empowerment. Her singles “Feel Good Inc.” and “Sorry” have tallied millions of streams.

Nonô’s debut EP ‘Midnight Mimosas’ has already got her named one of BBC Radio 1’s Future Artists with Jack Saunders, and reaped the praise of many music critics.

Notion chatted to Nonô about blending Brazilian with British influences, empowering women to be their own main characters and much more.

Are there any particular artists who inspired you from a young age and how have they
influenced your musical development?

I’ve been very lucky to have been exposed to many different artists while growing up. Back
in Brazil, I used to live with 9 of my family members and because of that, the music genres
that I listened to were very varied. It’s hard to choose specifically which ones influenced and
inspired me the most but I’ll try to name a few like Tim Maia, Jorge Ben, Billie Holiday,
Stevie Wonder, Rihanna, Christina Aguilera, and Kanye West. I think most of them influenced
me in my lyric writing. I’ve always been impressed with how these incredible artists were
able to translate their emotions by singing or playing/producing. I think this has made me
gradually become more aware of what I was writing and singing about. It’s an ability that
I’m still developing.

How has your relationship with music changed over the past year and a half, and who are
the people in your life that have kept you going?

I have definitely become more confident in my skills of vocal producing. Before the
pandemic I would never have dared to record my own vocals at home — I always thought
that I didn’t know enough about plugins or EQ or I simply just didn’t trust myself in comping
my own vocal takes. However, because I couldn’t go to a studio anymore, I basically had to
do it myself. I had to take a deep breath in and leave all my insecurities outside of my
bedroom door. My family and my friends have definitely been my main motivator. It’s so
easy to get distracted from your goals or to give in to the imposter syndrome but when
you’re fortunate enough to be surrounded by people that believe in you and that won’t let
you give up, you can’t help but keep going.

What influences are you drawing on for your debut EP ‘MIDNIGHT MIMOSAS’ and how does the EP as a whole differ from your previous music?

I wanted my EP to be a mix of my Brazilian roots with my newly acquired London vibes – my influences are basically everything that I have heard while living in the UK plus all my 18 years of living in Rio de Janeiro and São Paulo, so it’s a huge mix. A few sound references that I used for this EP were Tkay Maidza, Kali Uchis, and Nathy Peluso. This EP differs from the rest of the music that I have released because I now know more about who I am and why I write the music that I do. This EP really helped me in defining where I want to go next and what other styles I might want to try. It also helped me become very confident with my songwriting.

The EP opens with your latest single “HONEST”. What’s the message behind this track and how does it make you feel when singing it?

I wrote “HONEST” about feeling controlled in a relationship and then confronting the person that is making you feel this way. It’s about reclaiming your power and reminding yourself that no one should make you feel bad for you wanting to be free. The song makes me feel empowered.

You also have the track “MIMOSAS” which celebrates women’s independence. Where did these feelings come from and why did you want to speak out about this?

I wrote it because I wanted to have a song about how women are the main characters of their own lives, which is something we all quite frequently can forget. The inspiration for the song basically came from real-life experiences, movies, series and etc… I just wanted to speak out about it because I think it’s necessary to remind ourselves that we don’t have to wait around for someone to rescue us. We can be our own heroes and can create our own reality.

What are some of the biggest challenges and benefits of releasing music independently?

The benefits of releasing music independently are that you’ve got so much control over everything. Not only what songs you’re gonna release but when they’ll come out and how (if it’s going to be a single, an EP, or an album). When you’re an independent artist you’re always the top priority plus you feel less pressure when you want to experiment with different styles. However, there are some challenges, for example, trying to reach wider audiences without the contacts and plugs that majors have is very tricky.

How has your songwriting developed since moving to London and up until now?

I hadn’t really done much songwriting before I moved to London. I had only written about 2 songs and one of them was in Portuguese! I have lived in London for 5 years now and have been lucky enough to have done sessions almost every day for 3/4 years straight. My skills have developed because I don’t overthink as much as I used to. In the beginning, I used to get so in my own head, trying to figure out what was cool to sing about or keep wondering what would be a hit, now I’m way freer with what I write.  I have also experienced more of life here, so I have more to write about.

Why do you want to be known as a genre-less artist?

I don’t want to be put into a box. I don’t want people to not listen to my music because it’s been classified as pop or Latino pop or trap or whatever. I want people to connect with me, my lyrics, and the feelings that they get when listening to my songs.

Your energetic music is equally matched by a vibrant style. What is your favourite item in your wardrobe right now?

I currently have a few favourites but here is my top one and I’m so excited that summer is here again so I can wear it — it’s a Miami co-ord from Jaded.

How excited are you to play live again? What can fans, new or old, expect from your upcoming performances?

I am so excited to play live again. I was supposed to be doing my first headlining gig on the 15th of July, but unfortunately, because of the new COVID restrictions, it had to be rescheduled to a later date. However, I was also invited by Scruff of The Neck TV to do a proper live stream with my band on the 5th of July, so I’m very excited about that too! I can’t wait to get to play in front of a live audience again though, I miss dancing and seeing people have fun. I think they can definitely expect lots of colours and dancing in future performances.