Zuhair Hussain’s mother was given the choice between emigrating to America or the UK. “If I was raised in America, I doubt I’d be on the wave that I’m on!” exclaims the inimitable Big Zuu. Before Zuu was today’s most approachable MC, he was student Zuhair, making grime heaters alongside studying for a career in youth social work. As his music career began to unravel, he left university behind but took the same aspirations for social change with him. Now, he incorporates punchy yet playful grime tempos with powerful lyrics, proving he’s earned his spot riding the wave alongside today’s rising players.

Inspired by J. Cole’s powerful bars and Marcus Rashford’s defiant campaigning, Zuu clearly has bigger goals in mind than simply delivering deliciously hyped-up signature tracks. The artist pushed through a tough 2020, with “On Fire” — a track from his collaborative project Royal Rumble — gaining a spot on the offocial FIFA 21 VOLTA soundtrack, and has since released a string of singles such as “Great To Be” and “Variation” ft. D Double E. And earlier this year, both Zuu and his TV series Big Zuu’s Big Eats were nominated for RTS Programme Awards before the announcement of the show’s BAFTA 2021 nomination.

Evoking a career trajectory reminiscent of Riz Ahmed’s political rap and Big Narstie’s on-screen personality, the MC-turned-entertainment aficionado is proving he has a firm grip on the wheel steering the future of British grime. With season two of his well-loved Big Zuu’s Big Eats airing this summer on Dave accompanied by his first cookbook, as well as an impressive lineup of upcoming singles including a feature from Mae Muller, we caught up with Zuu as he prepares for what could be one of his busiest years yet. 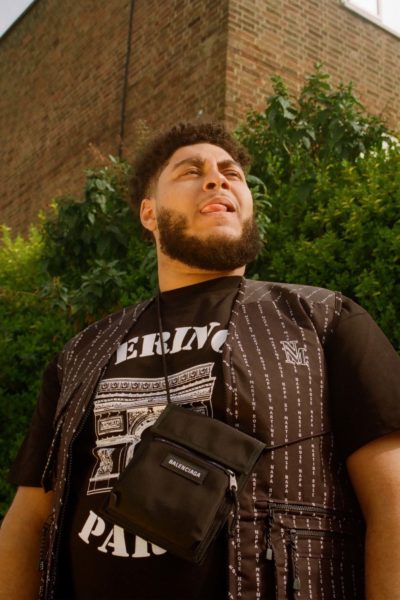 Congratulations on “Variation”! You mentioned that you were pretty gassed to be releasing your first tune with D Double E. Did you feel any pressure about working with the veteran for the first time, or did it just feel like two grime artists getting to work?

I’ve known him for a couple years now and I was waiting for the perfect song for him to sit on. It’s funny because when I hit up Double, he was like, ‘I’ll jump on this!’ So Spyro and him set up a session to get it recorded, but I got there very late. By the time I got to the sesh, the song was done. We weren’t even together! So the pressure wasn’t there.

He’s efficient then. What made this the perfect track for him?

I think the bounce on the rhythm, the energy, the grime tempo. I wanted a grime MC on it and I haven’t worked with him before, so it just made sense.

On the whole, you don’t take yourselves too seriously on the track and you make a point of enjoying yourselves. I’m wondering if that was intentional?

When we recorded the song, we just had an overall vibe. We weren’t thinking ‘We wanna do this or that’, we just tried to have fun with it. But there’s serious undertones, like when I say ‘BLM exposed the racists’ — there are bits of information I wanted to get through.

There was a lot of discussion around the differences between British and American racism during the resurgence of BLM last summer, such as ‘stop and search’ tactics. I find British racism more sinister as it’s often hidden by this English passive politeness. I’d be interested to see if you’d agree with that.

Like you say, it’s hidden behind politeness, so people try to act like it’s different over here. I recently saw a statistic about the number of UK deaths in police custody versus the amount of convictions for police; it’s zero. There’s clearly a problem. And the percentage of Black people within those deaths is crazy. We’re just as bad as the US.

It’s interesting that I was getting exposure on telly at the same time BLM was growing. Things I was already aware of suddenly went from being taboo to being widely discussed. Before, people would tell me ‘We’re not racist, we don’t see colour’. That was always the reaction. Now, I can express how I truly feel. 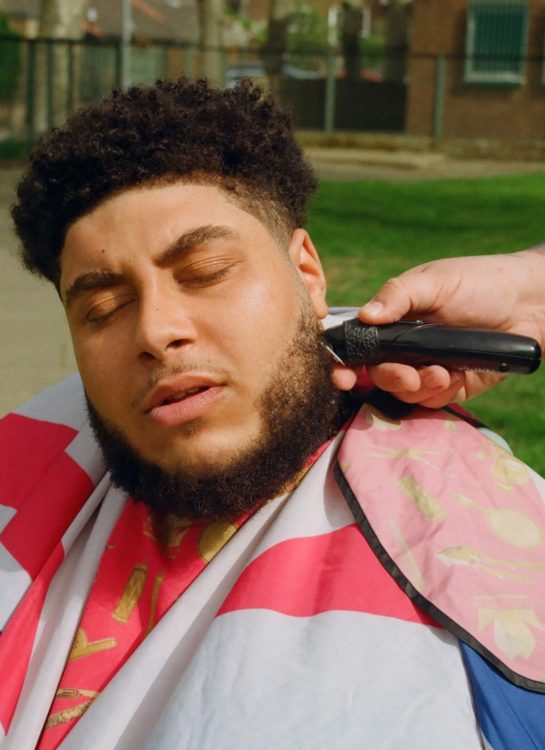 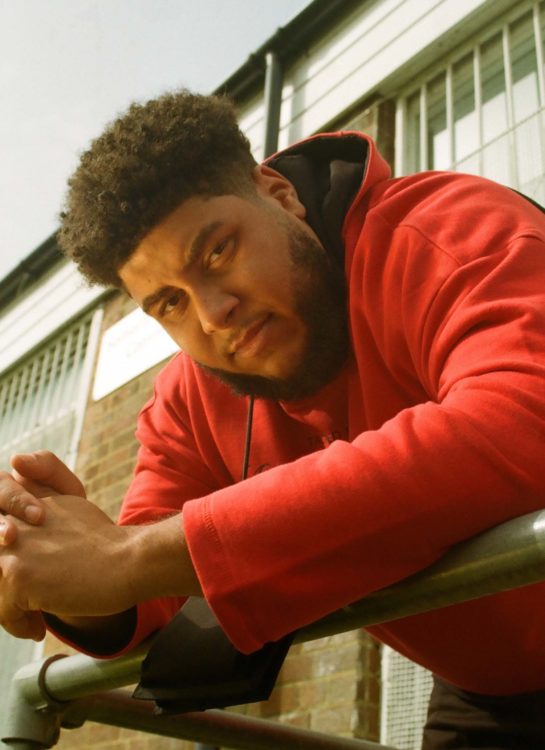 I heard that you once told your mum, ‘Imagine if we were in America. I’d be making completely different music’. What did you mean by that exactly?

I might be making some spiritual hip-hop; J. Cole, Joey Bada$$ vibes, hair’d be in dreadlocks. Or I could be lost in the sauce, making old school hip-hop, on a song with Young Thug. My sound is shaped by America but also by UK grime, so if I grew up in America I would never have had the influence of grime, I probably would’ve been in Odd Future or something.

Maybe you could be their first British member.

Yeah, I’ll hit up Tyler and see what he’s saying.

Grime is directly speaking to a British audience and you often say that your music is trying to deliver a message. You used to work as a trainee youth worker, so how do you think grime can incorporate constructive messages for youth?

Grime culture is synonymous with youth culture, a lot of it is aggressive and upbeat. But people like JME, Skepta, P Money, Ghetts, they’ve all touched on personal experiences in their life through grime. They have a lot of influence, so one message goes a long way.

A lot of musicians will enjoy their career and as they mature, they’ll make more politically conscious music — if you look at your Jay-Zs, Nas’, Kanye Wests. The UK is a place that’s yet to get to that prominence. I think people like Lowkey, Akala, Kojey Radical and Che Lingo get boxed together because their music is inspirational. But they also make music that’s vibes! I think it’s about the UK not putting things in a box; their music is part of the game, not separate from it.

We’re seeing a big change in the message grime artists are putting across, like when you responded to Grenfell by releasing a fundraising song within 48 hours. We’re seeing change in how people treat grime as a mouthpiece.

Young Black men from the hood represent more than being gangster; we represent the fight against oppression and the more we can speak about it, the more things can change. I feel like Stormzy is the best example.

You saw how well Heavy Is The Head did. That album is full of joyful songs like “Superheroes”, one of my favourite songs ever made. But they’re not your club bangers so they’re not going to get mainstream recognition. That’s the sacrifice you have to make to send a message. But that’s more difficult when you’re a rising artist who’s trying to change your family’s life. 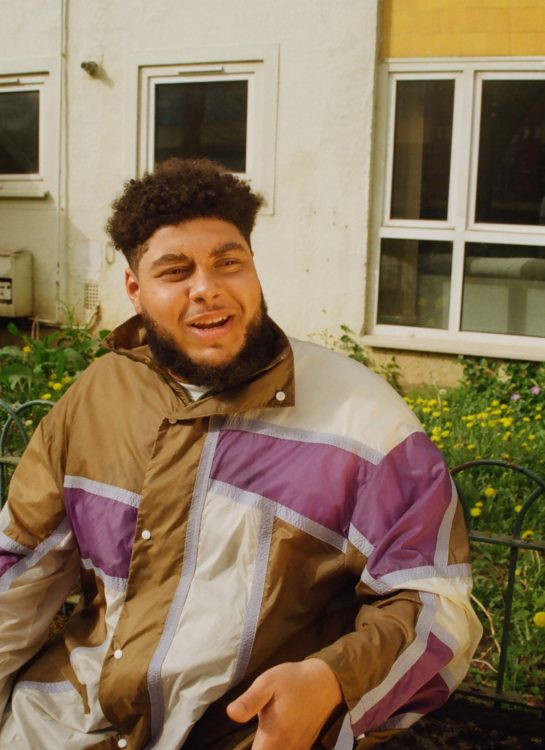 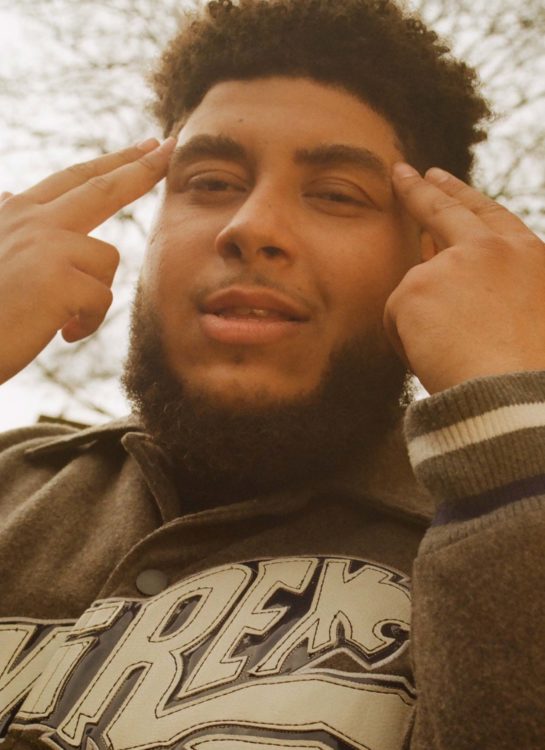 Your upcoming single is your first collaboration with Mae Muller; what kind of vibe can we expect?

It was beautiful to work with Mae. I was very mindful of the fact that I haven’t worked with a lot of women, so for the next album, I wanted to work with an amazing woman.

She followed me after interviewing her at V Festival. After she found out I was a musician, we agreed on collaborating. I was very late for the session — I’m always late — and they already had the beat and chorus. To prove myself, I went super ham on the verse and tried to spit as much knowledge as possible. “I Did It” is a beautiful song, I’m not going to lie.

And finally, season two of Big Eats is coming out this summer. An overwhelming amount of representation we see of people of colour, especially young Black boys from London, are negative stereotypes. Big Eats is celebrating the normality of cooking; would you say that representation is the most important aspect for you?

After Big Eats’ Christmas Special, a dad posted about his Asian son saying that for the first time ever, his son was cooking dinner because of a recipe he saw on Big Eats. That’s how important representation is; his son never felt connected to the old white chefs that he saw on TV. His dad said this is proof that representation works, it helps — we need more, we wanna see more. I wanna champion it, I don’t care if they think I’m bare loud and chat too much shit. 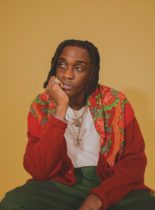