Some stars seem to appear on the musical skyline out of nowhere and shine so bright they’re almost blinding. That’s the case for keshi, a singer and producer from Houston, Texas. Picking up the guitar early on, he’s been led by his need to create ever since, carving out a safe space outside the judgement of his closest surroundings. After a step away from his previous career path as a nurse, now he steals hearts with soft-spoken pop, always deeply personal but highly relatable lyrics, and a tenacious drive to show the world what he’s truly made of.

This spring, keshi returned with full force with his debut album GABRIEL, inspired by the inner turmoil of Dante’s Inferno. GABRIEL was born for keshi to emotionally externalise the last few years, but found a home in fans worldwide. After all, anyone can resonate with stories of failure and success, and search for the golden mean in the company of serene sounds, private mythology and real-life angels.

When we speak, keshi is preparing to spread his gospel across the globe on HELL/HEAVEN, his biggest tour to date, gearing up in armour made of vulnerability and an abundance of excitement. Like everyone who’s followed him since day one, he can’t wait, and is finally ready to show up for himself on a grand scale. Today keshi guides us through all the circles of the Inferno, starting in Houston, with a finale on a different plane where supernatural creatures mingle with mere humans. It’s a journey that might feel a little bit scary at times, though there‘s no need to worry. We have GABRIELby our side. It’s divine. 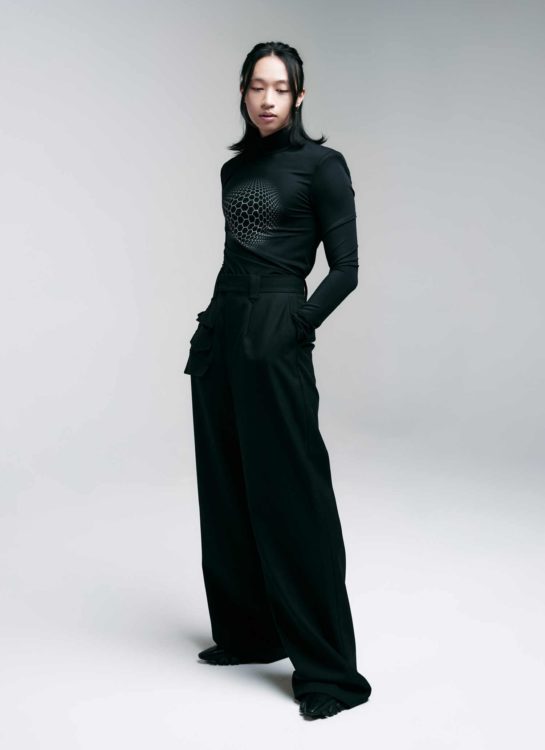 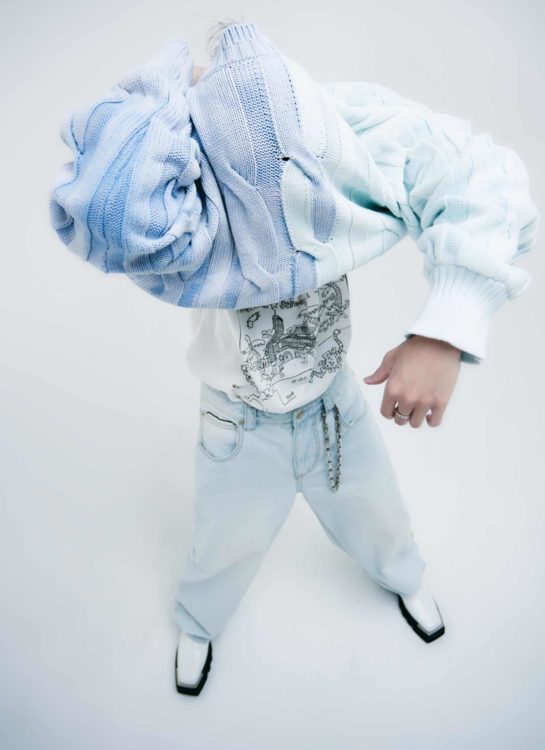 Can you guide me through the themes of the album? It’s like a journey through the circles of heaven and hell.

I’m not a religious person, but I found it interesting to use those themes from Dante’s Inferno. I’m not literally writing about angels, but what does an angel in my life look like? What do they sound like? How do I interact with them? Am I at their mercy? When in my life do I feel like I’m in limbo? When in my life do I feel like it’s hell or heaven? It was really fun to have that as a theme. It started to feel centralised. Nothing was on purpose, either. It all just happened by accident, which is the beautiful thing about it. That was something that a friend of mine told me when I started the record: ‘Don’t worry about planning it out now, just write songs and it’ll reveal itself’.

Why did you call it GABRIEL?

I was tired of referring to the album as ‘album’, so I chose the name Gabriel on a whim and after a while, it stuck. I fell in love with it. Why is naming an album any different from naming a child? It’s done its job in terms of gathering intrigue. It’s memorable. I didn’t want anything that would be corny or cheesy, so it made a lot of sense. At that point, I was like, ‘What would a song named Gabriel sound like?’ At the end of the day, I wrote the song “GABRIEL”. It’s the title track and the very last song on the record.

Is there a song on the album that is the most special to you?

They are all incredibly personal to me. This is the most candid and honest I’ve ever been on a record. “HELL/HEAVEN” is my personal favourite in terms of production; it’s a very interesting song to listen to. It’s separated into two different halves. “LIMBO” is also a very personal one. It’s a song about feeling like you’re not exactly sure where you are in life; you can’t really tell if what you’re doing is the right decision. You’re having ups and downs, but maybe you’re happiest in the grey area, just cruising in-between. 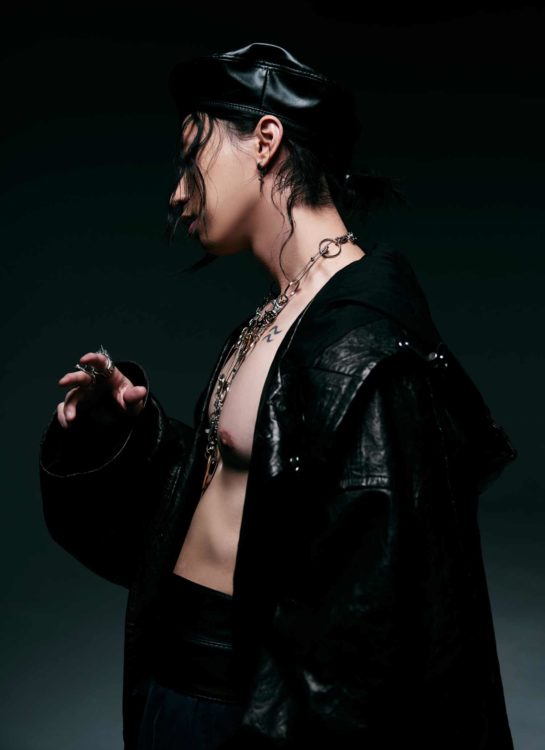 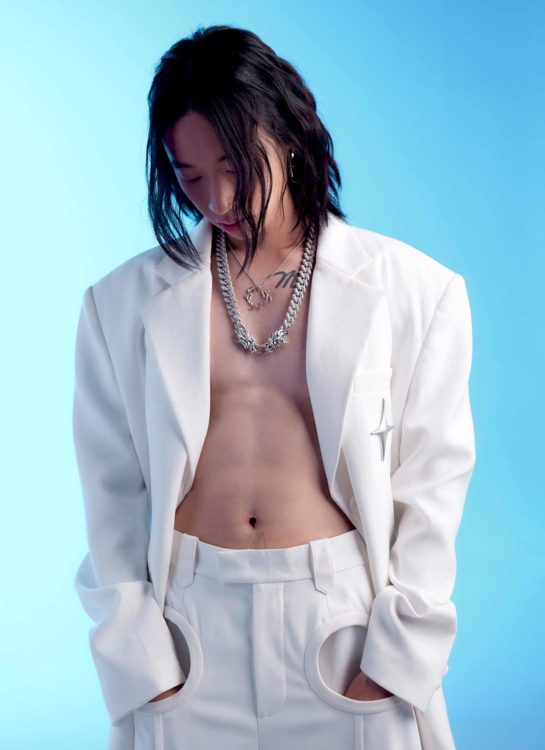 We can all relate to that. Is there a message you want to send to anyone who listens to the record?

Since you’re from Houston, do you feel like that’s reflected on the album?

It’s more the perspective of having had a normal job and transitioning into a job that’s more in the limelight, in which I have to trade some of my time and my privacy for potential growth as an artist. It is a dream come true, but it will always be like a dream for me. It’s always an adjustment period. I’m still adjusting.

It must feel pretty strange.

It is quite strange, but I’m coming into my shoes. You’ll feel it on the record, how I feel about everything going on right now.

You’ve got big names amongst your fans, including BTS members. How did it feel to have that kind of recognition?

When I started [making music], I got bullied for it and I got incredibly discouraged. Ever since then, it’s been a fight to prove to myself and to other people that I can do this. It’s the world’s longest revenge story. The co-signs from everyone around the world, especially them being so talented and hard-working themselves, is incredibly validating. It means the world to me. I’m honestly very lucky to have people who want to listen in general and that I can do this full-time. 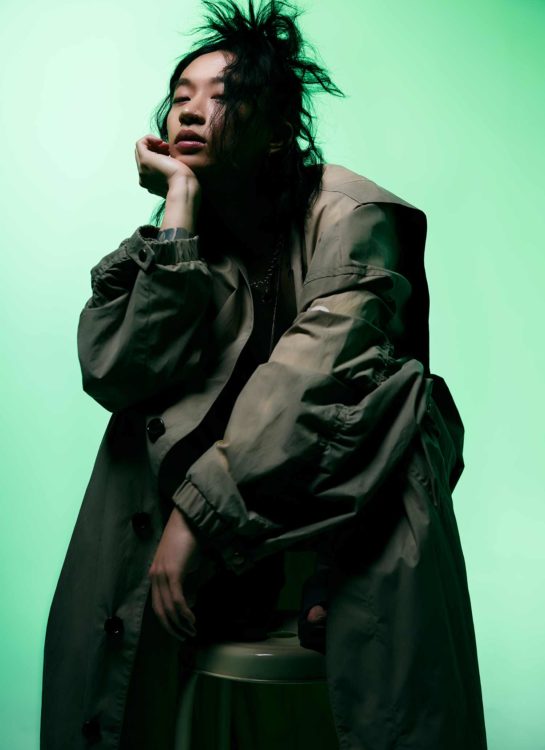 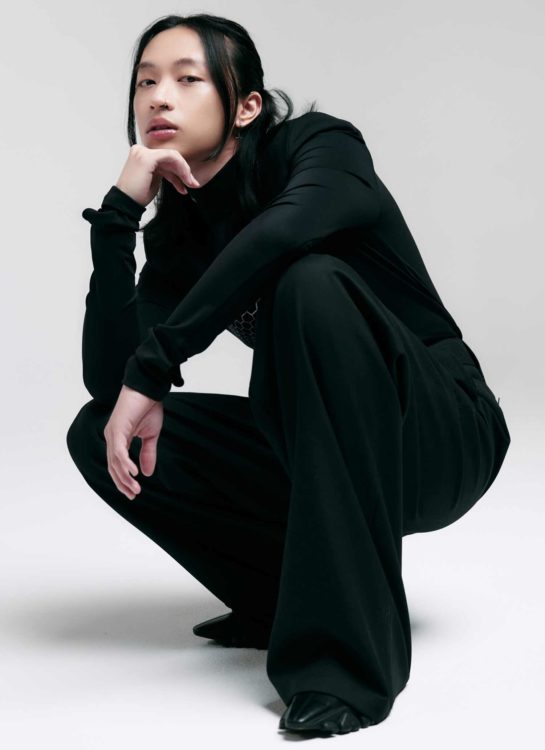 You talked about being discouraged but still having the drive to continue. That’s pretty special. Where did you feel the discouragement was coming from?

There were discouraging parts throughout the journey. Even after the initial bullying, I continued to want to sing. Then you get a little bit better, you start to play some gigs every now and then. The next thing that has to happen is that you have to fail. You have to just completely fuck up a gig. You feel crushed for a little bit, feel like you want to put the guitar down and stop singing. It teaches you that something’s missing. What is it that’s missing? If I want to do this, I have to find it. It’s problem-solving. Why did this fail? Was it because I forgot the lyrics, or was it because it’s not the sound I want to do? Constant times of something new and of falling and getting back up, that’s the discouragement. All of that led to me creating a SoundCloud account that I didn’t share with anyone – I thought it was time to not just have my friends and family listen to my music, but for other people to listen to it. That was the beginning of the artist’s creation.

When building your artistry, what’s your relationship to fashion and how does it inform your identity as a musician?

I’m in love with silhouettes. I don’t really care too much about the brand, I’m interested in interesting silhouettes. Fashion is an incredibly important part of the perception of an artist and the world that they live in. I’ve luckily fallen into the hands of someone amazing who helps me with looking on point. Shout-out to Kendy because I love her so much!

After your upcoming tour, what are you looking forward to this year?

At the moment, the tour is the only thing on my mind because it’s going to be a very big one, more than what we’ve announced so far. A lot of exciting stuff is in the works. I’ll begin writing for my next project, I’m going to be taking a bit of a break. I don’t like to force things. I feel like I’ve said what I wanted to say on this record 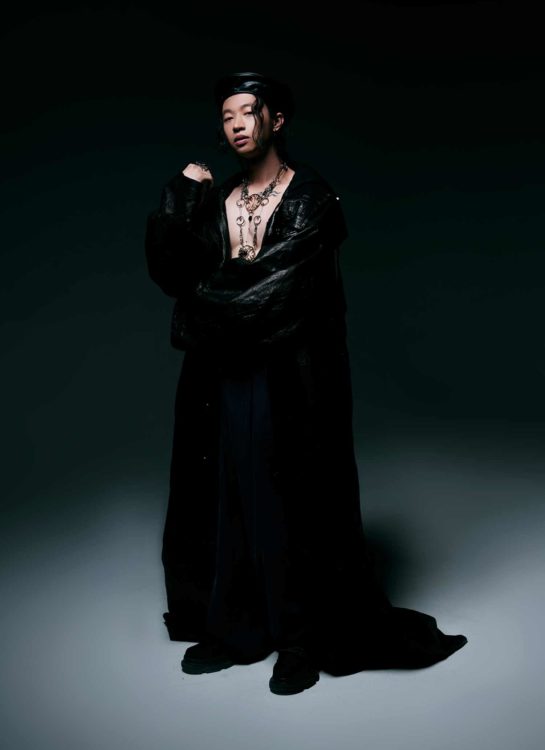 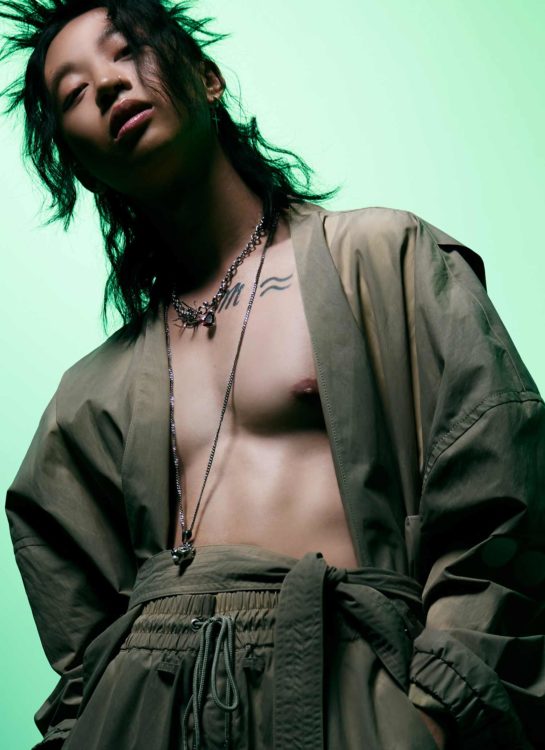