Nick Ward may be recording from his bedroom, but he’s making music that transcends four walls by resisting societal binaries and occupying an infinite space of his own creation.

The desire for belonging is a universal feeling. As a topic for musical output, it’s also instantly relatable, especially for those existing outside of society’s rigid expectations. 19-year-old artist and producer Nick Ward speaks from this position, a young person navigating queer sexuality and identity through introspective songwriting and impressive production, especially considering he records music from his bedroom.

Talking from Australia on the eve of a video shoot, the Sydney-based artist’s enthusiasm for his various creative projects is infectious, even through video call. Like Nick himself, his musical style is multifarious; it resists singular classification by shifting between dreamy soundscapes, hip-hop style beats and acoustic indie-pop guitar and vocals.

Equally genre-spanning, Ward’s second EP, Brand New You, is punctuated by an emotive interview between a 12-year-old Nick and his grandma. Snippets of the conversation play as the record unfolds, covering themes of growing up, death, and nostalgic teenage feelings. The inclusion of the interview encapsulates the intensely personal nature of Nick’s music, as his tracks distil the emotional rollercoasters of youth and individuality. We chatted about his second EP, experiences of belonging, and why Blink-182, Alvin and the Chipmunks and The Beatles are his dream musical trio. 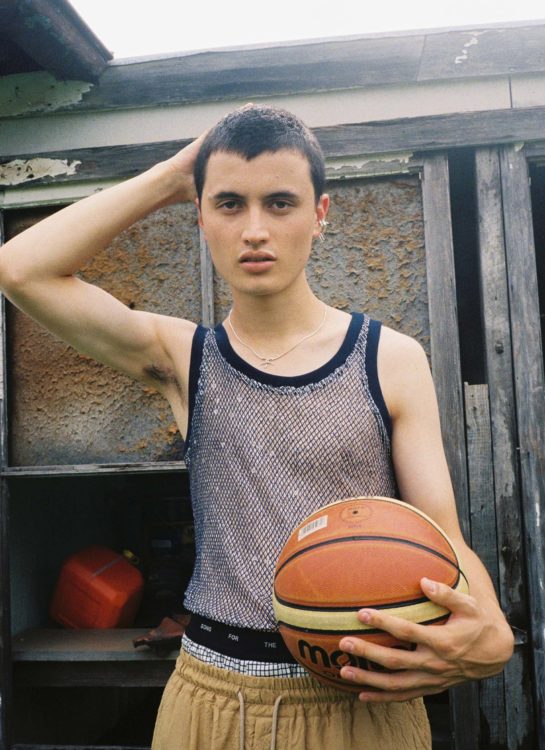 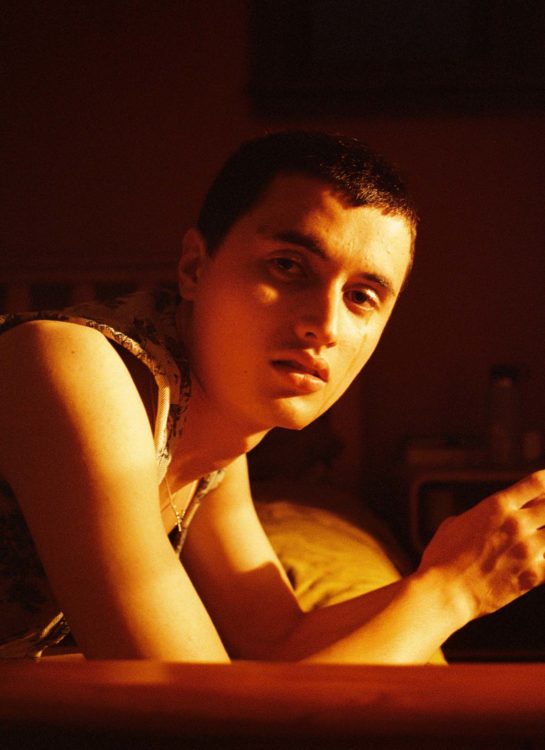 How would you describe the music you make?

The aim is to not be classified. It sounds pretentious, but I want to create music and a world where I can release anything and people aren’t surprised. I’m trying to fuse as many different sounds as possible, but ‘alternative’ is probably the most straightforward way to put it.

How do you feel about the description of your sound as bedroom pop?

I used to say it’s bedroom pop doing everything it can to sound like it’s not made in a bedroom. It is pop made in a bedroom and it’s all very DIY, but we’re trying to make a sound that’s as professional, as expensive, and legitimate as any other record.

Let’s discuss your second EP Brand New You. Has it been a long time in the making?

I conceptualised it before I’d started my first EP, because I was listening to so much Kanye, James Blake and SOPHIE, and I realised I would really love to make something super abrasive. It was going to be a big left-turn project, then I realised it was more interesting to look at it as a step forward rather than a left-turn. The third EP is going to be even more different. 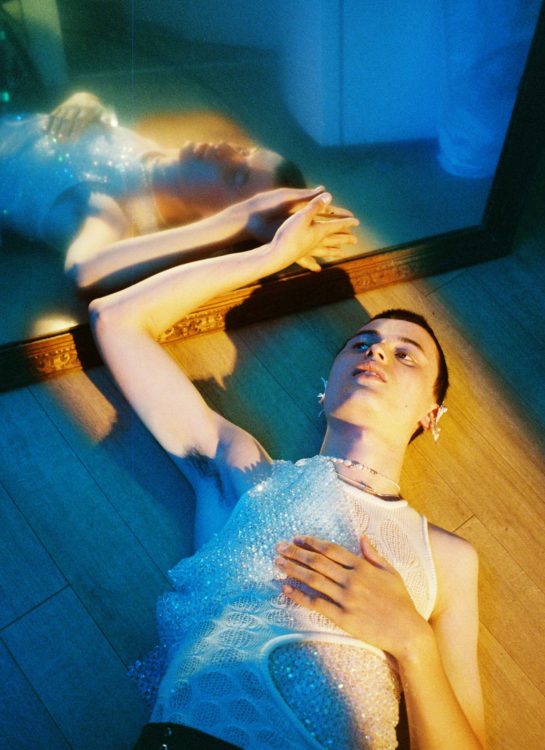 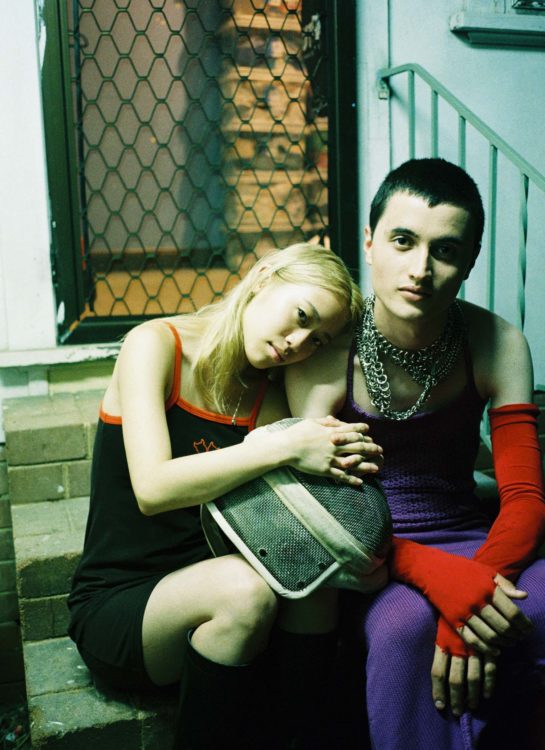 Where did the inspiration come from for the project?

The inspiration was my experience leaving high school and having to reinvent or rediscover yourself because you’ve been wearing a façade the whole time. A lot of queer kids spend so much time having to think about whether they’re straight, or gay, or bi, or in the middle. I feel like me and my friends realised there’s a whole infinite space in-between that you can float around. That’s a huge part of the EP.

You’ve described “Alien” as the ‘mission statement’ of the EP in terms of setting up the narrative and themes – could you talk me through that?

“Alien” was one of the last songs I made for the project. The EP is loosely split into two parts, and the hook in “Alien” is: ‘Sometimes it’s like I’m cut in two. You know I give both parts to you’. I wanted to set up that dichotomy, as well as revisit the themes of identity and queerness that I’d touched on in my first EP.

Do you still feel like an alien? How do you feel now about the desire to fit in?

When I was in high school, I had friends who were queer who would do everything they could to fit in. I always did the complete opposite, and even though I would get made fun of, I didn’t mind it. I don’t know if that’s attention seeking or me trying to reclaim my identity, but being yourself is such an important thing. At my age, after high school, most people are trying to find out who they are. 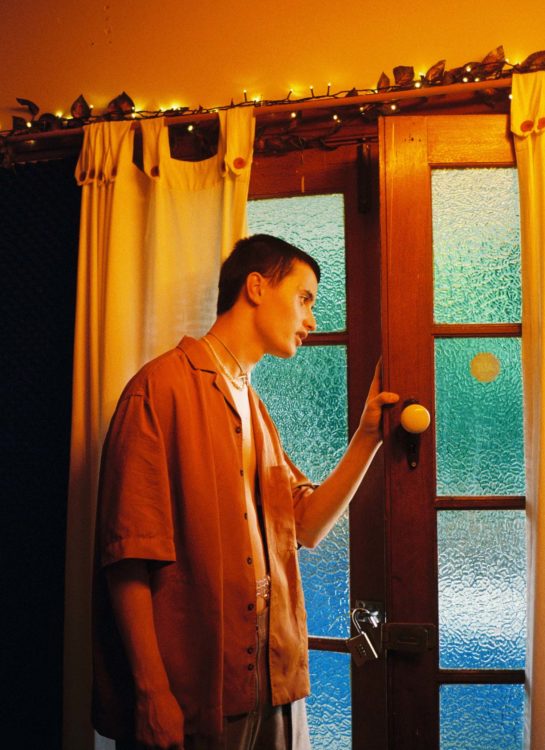 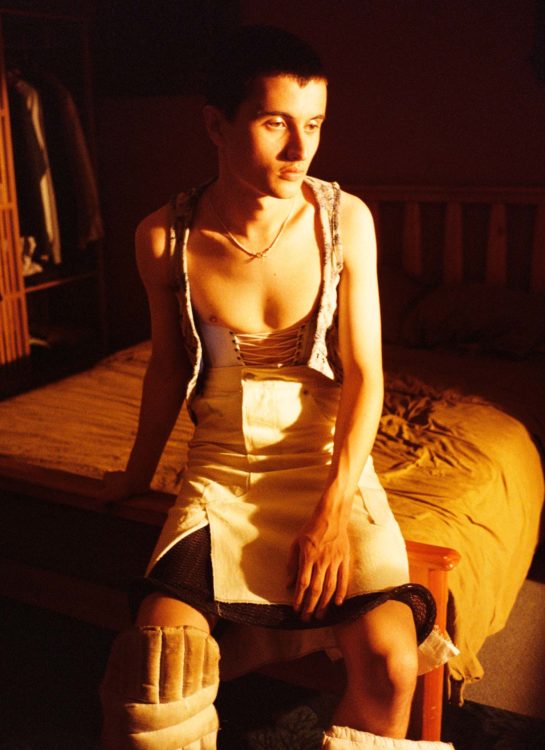 Is it important to you to make creative outputs that young people with similar experiences might learn or benefit from? And do you feel you’re turning difficult experiences into something artistic and positive?

When I started to write about my experiences, the songs did turn out pretty sad. It’s nice for people to have their experiences validated so they do feel represented, but now I’ve realised it’s more important to make music that empowers those kids. Something you can dance to rather than stare out the window to.

Could you tell me the story behind the interview with your grandma that appears in Brand New You?

“Funeral” is about my grandma and my grandpa passing away within the same month. When I went to Perth for the funeral I found all this memorabilia and Super 8 footage, as well as the interview that my grandma recorded with me when I was 12. I was just listening to it as a comfort, and then I realised some of the questions really lined up with things I was writing about on the project. I had a full circle moment and it ended up in the EP.

If your 12-year-old self could see you now, how would they feel?

Dude, I would actually be my own hero. I never thought I’d have the opportunity to write about myself, or sing, or be the frontman. I always wanted to be, and all my heroes were those people, so I think that would surprise my 12-year-old self.

You’ve done a Blink-182 cover, who have been some other of your musical inspirations?

When you start making music you try to claim these super avant-garde artists as your influences. I realised I listened to so much Alvin and the Chipmunks growing up. My parents would also play me a lot of Bruce Springsteen, Bob Dylan, The Beatles, Van Morrison, Fleetwood Mac. Blink-182 don’t get enough credit for being such a great band, they’re such good songwriters.

Blink-182, Alvin and the Chipmunks, and The Beatles… 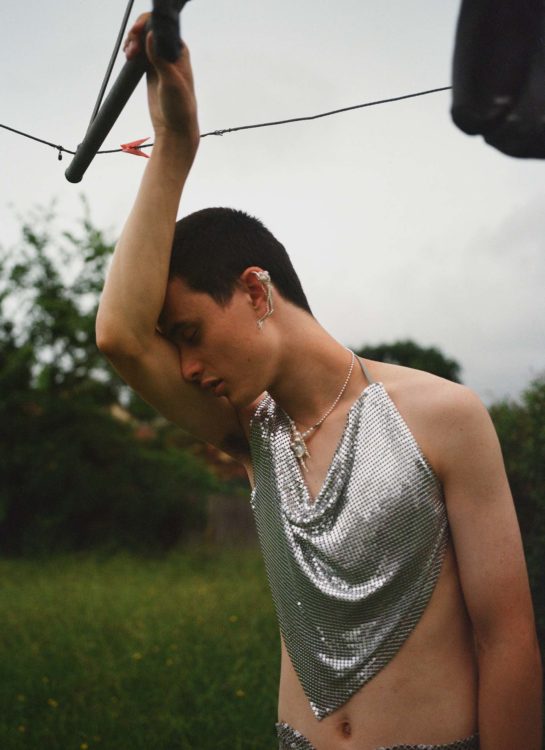 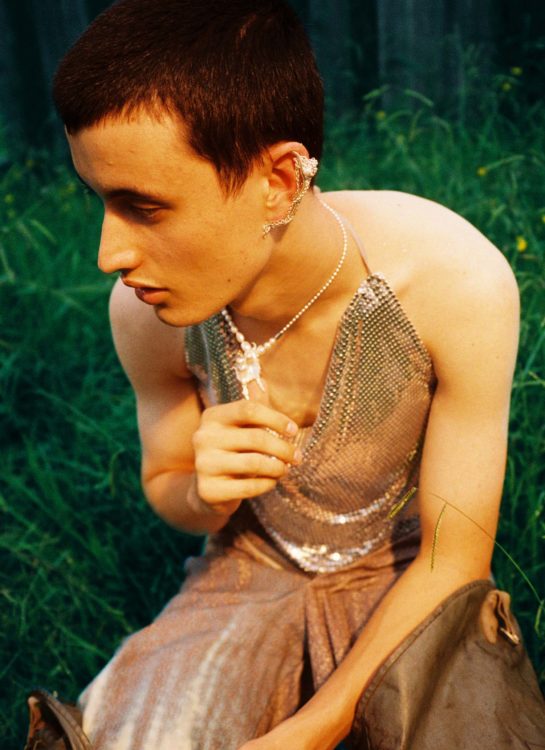 You’re touring Australia in June, how are you feeling about that?

We’re gonna be eating 7-Eleven for dinner, probably not having access to a shower the whole time. But whenever anything I’m going through is a challenge, I’ve realised that in five years time I’ll look back on it with rose-tinted glasses as a fun memory. These are the good times. I’m trying to train myself to be in the moment and appreciate things while they’re in front of me.

The things that mean the most to me are when a favourite artist reaches out, or when a kid from Ohio messages sends me a big paragraph about why my song made his feelings and experiences validated. That’s concrete. The streams and the numbers and the money, that’s all temporary.

If people take one thing away from your music, what do you hope that is?

I can only speak on Australian masculinity, but in Australia, we have a very binary way of thinking – hence the pressure to be gay or straight, male or female. I feel like people would be much happier living without a label, being freer in the knowledge that you’re going to change. You never have to settle or compromise or boil yourself down. 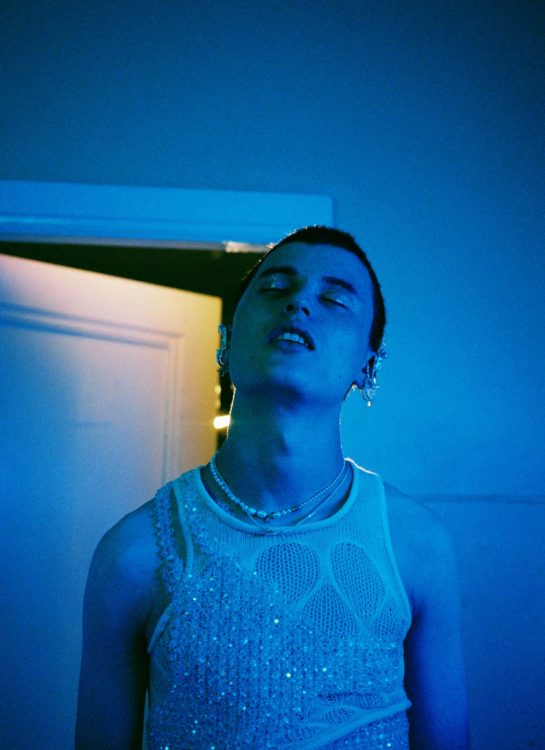 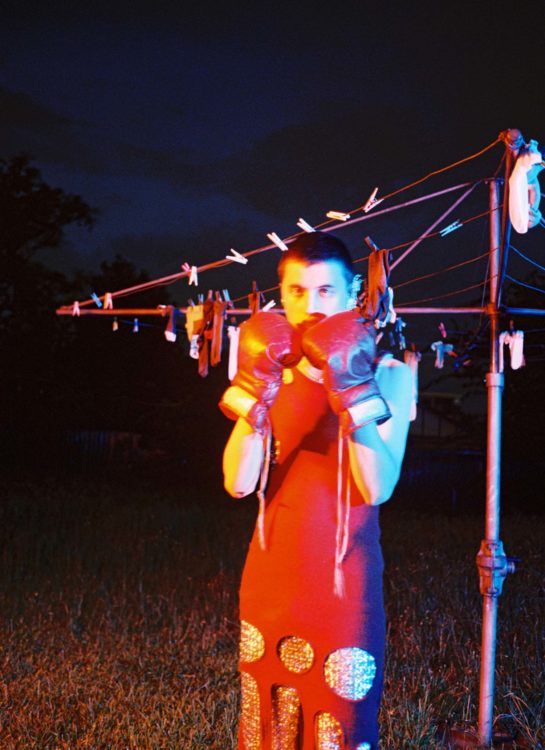