Naming the themes explored on her debut EP, Bluff, yunè pinku could be describing the post-pandemic experience of many of our generation. “Getting tougher. Coming to terms with your own life. And then the anxiety of reintegrating into the world again.” Getting tougher – whether that’s to face a party, a meeting, or long-term change – is the thread that ties its four songs together, providing a soundtrack to call on our braver and more impenetrable selves.

Whether she leans into ambient sounds on “Bluff” or teeters on the edge of self-control on the club-ready “DC Rot”, it’s a debut that’s as unpredictable as it is a cohesive, shuttling us between different moods to land on the person we want to be in the moment. “I like to mix stuff you can wind down to, and then stuff you can kind of gear up to,” she explains.

Trading sweeping, melodramatic emotion for the elusive and the in-between, the project sits in the feelings that creep up slowly and curdle somewhere in the back of our minds – “Affection”, for example, is based on feeling dissatisfied after finally getting the attention you’ve been fighting for. “Laylo” explores FOMO and the anxiety around both being out and not being invited, with frenzied production reflecting her anxious state of mind. 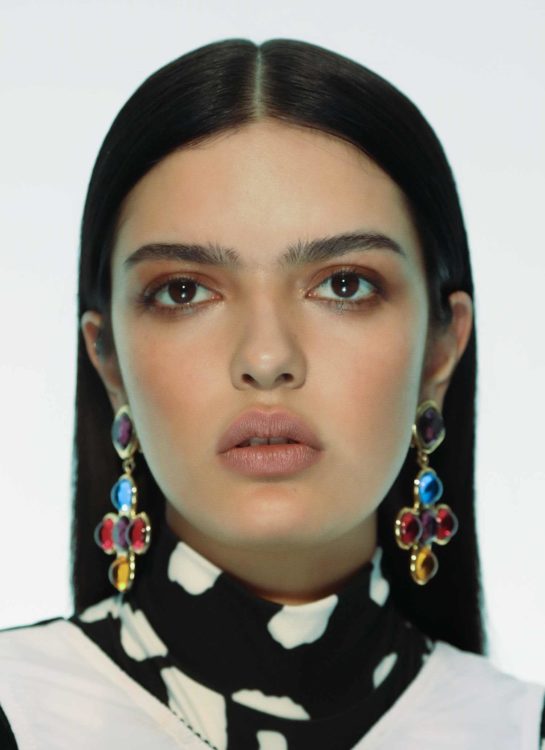 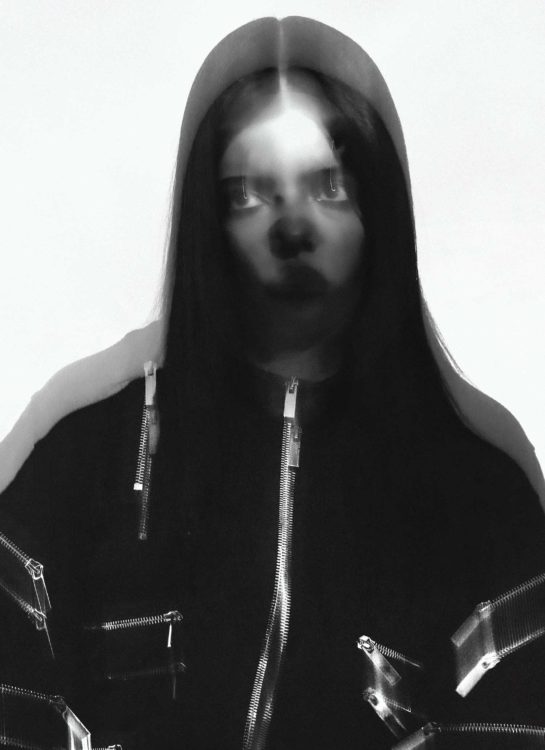 Made in her room over lockdown, the magnifying glass Bluff puts on external pressure mirrors her experience as a new artist right now. Having started making music privately and only adding vocals to her tracks a couple of years ago, yunè pinku, or Asha Yuné to those who know her, received almost immediate recognition from respected peers after taking her first steps as an artist. From working with Logic1000 on 2021’s “What You Like” to an early co-sign from Joy Orbison, who invited her to make a guest mix for his Radio 1 residency last summer, she’s already established herself in the world of electronic music – partly by making her own rules within it. “Some house and garage stuff can get very formulaic after a while, so I think it’s good to throw in bits that are a little bit weirder,” she says on experimenting with different genres, telling me her original soundscape tracks used obscure post-war radio samples. “With the whole rise of ASMR, it goes to show how little sounds really do affect people. I think it’s cool to see what you can throw into a song that works, because most of the time, random stuff works.”

As an artist who views music as an “extension of yourself,” Asha has built an expansive visual space for Bluff to sit in too, with glitchy EP artwork and videos ranging from chaotic and lo-fi to a trippy and high-tech. Hurtling us through candy floss clouds into a glossy, purple-hued CGI universe, the opening seconds of the video for “Affection” drop us right at the start of yunè pinku’s journey, in the middle of her world – whether it’s a place to take refuge from, or build up a brave face for the real world, is up to you. 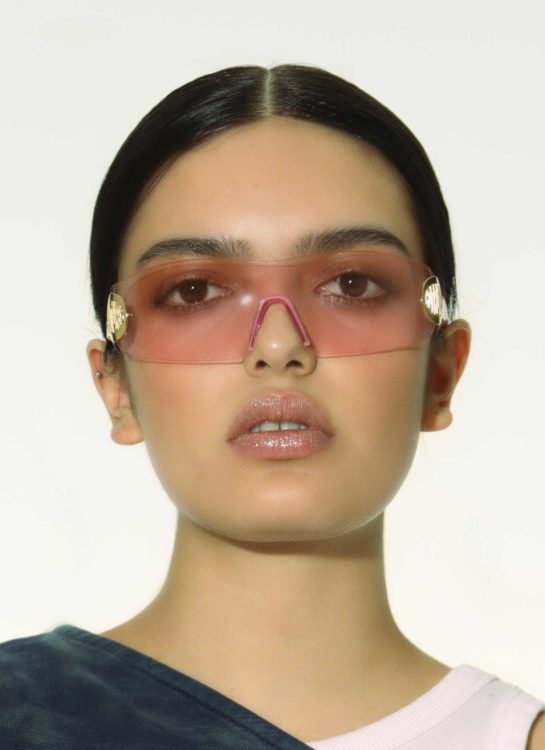 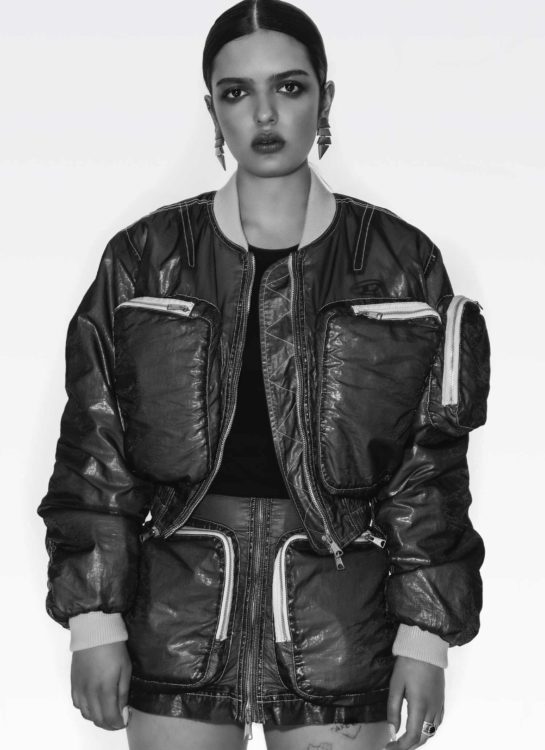 How have you been finding the transition from making music in a private space to putting it out publicly? Are you finding it’s all moving fast or are you trying to make sure you set your own pace and keep it your own?

Somewhere in the middle. There are a lot of opportunities coming up quickly, which is great, but I’m also trying to roll them out in a sustainable way. I think that’s a very important thing.

Has releasing music under a moniker helped you navigate that transition and separate both of those sides of you?

I don’t really see myself as a separate thing to yunè pinku, but it helps you tap into parts [of yourself] that you wouldn’t normally be. I wouldn’t normally be the person on stage, I would naturally be around that rather than in the middle. But if I’m yunè pinku today, I can go out and be that version.

That sense of trying on a tougher version of yourself is a theme throughout the EP. What other situations in your life make you feel like being a bit more performative? And how do those feelings manifest in the music?

It applies to everything, really. I think particularly it’s a thing that girls have to do a lot. You have to turn on this tough face, because otherwise it feels like you’re left open too much. In professional situations, in social situations – you’re going into a club and you haven’t found your friends yet, you’re in a meeting and you’ve got to switch faces for a second. I think trying to be tougher is something I’ve always kind of done. By nature, I would be a bit more sensitive to people, but it wears you down after a while.

It was a big part of the songwriting, I think. In the next few songs, I wanted some of it to feel like you’re in like a boxing ring – the beats are quite kind of thump-y. There’s definitely more of a tougher feel with the next few singles. 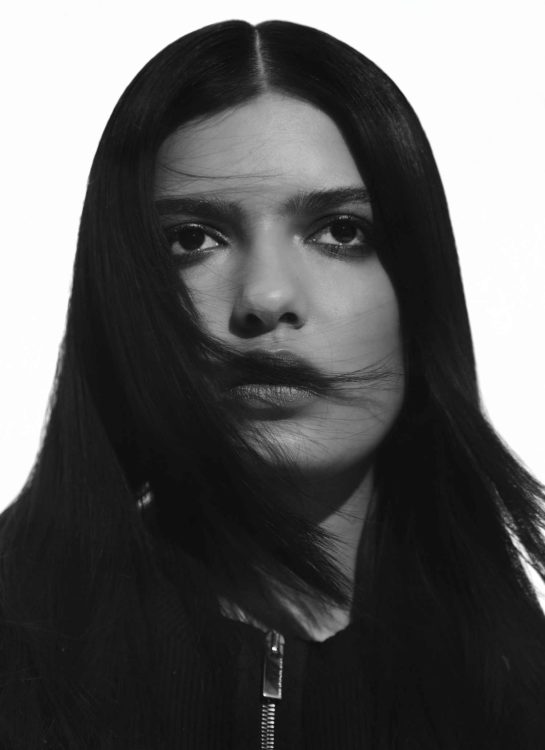 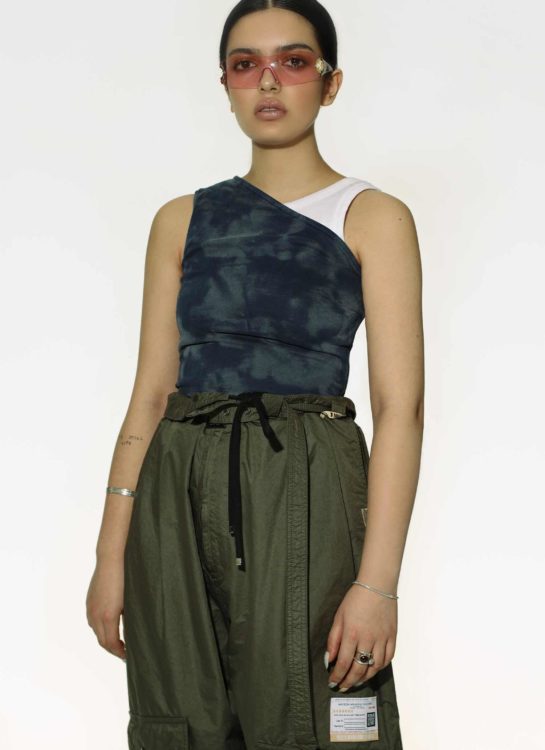 I think swipe culture is like a massive thing, and it affects the way people of our age group think. I would never think I would be shaped by that, but I see it in myself sometimes. It’s hard for people to commit to things now, because you’re constantly aware that there might be a better version. People sometimes get so connected to an online picture of themselves that their real self couldn’t match up to… There are all kinds of things that disconnect you from certain parts of reality.

When do you feel most present and fully in the moment?

On my own, probably. I’ve got quite a good relationship with being alone. I find sometimes when you’re in groups of people, you’re so busy trying to be likeable and appease everyone. It’s not really you, you’re just busy in your mind being like, ‘What next?’ I have a great time on my own because there’s no pressure. It’s just me. It’s fine.

Do you hope your music will bring people back into the present when they feel disconnected?

Because it’s quite dance-y music, that itself brings you into your body a bit more. It makes you move. But I hope the lyrics will open up room for realising what you’re feeling and knowing that it’s a thing a lot of people go through. I like the fact that people can interpret it differently, as I think that’s what’s interesting about music.

I want it to be for everyone, and very open to interpretation. To me, the lyrics are – and I try and keep them – ambiguous. I know that when I listen to a song, I’ll interpret it one way and then go on Genius and it’s a completely different story. I like the fact you can connect to these words in very, very different ways.

In your live shows and the club nights you put on, is there a specific environment you want to create or will they reflect this openness? Is it one where people feel that they can just be themselves and it’s not like, ‘Who’s here’?

I want it to be a relaxed space where you can just enjoy and find new music. I don’t like those clout chasing scenarios, because they distract you from what’s like you’re actually there for.

How do you feel about club culture at the moment? Is there anything going on that excites you?

I’ve never been a massive partier, really. But I think that was more because I kind of always associated clubbing and stuff with like, you’re putting yourself in danger. But I do like the fact there’s much more independent collectives putting on events now, and opening space for more creatives to all meet each other and potentially collaborate. It’s definitely developing in a positive direction. Clubs aren’t what they used to be, because it’s not really about music or dancing anymore, but in its place there’s more things popping up. They’re bringing the focus back to the fun of it, rather going out culture where it’s just about getting drunk and getting dressed up. 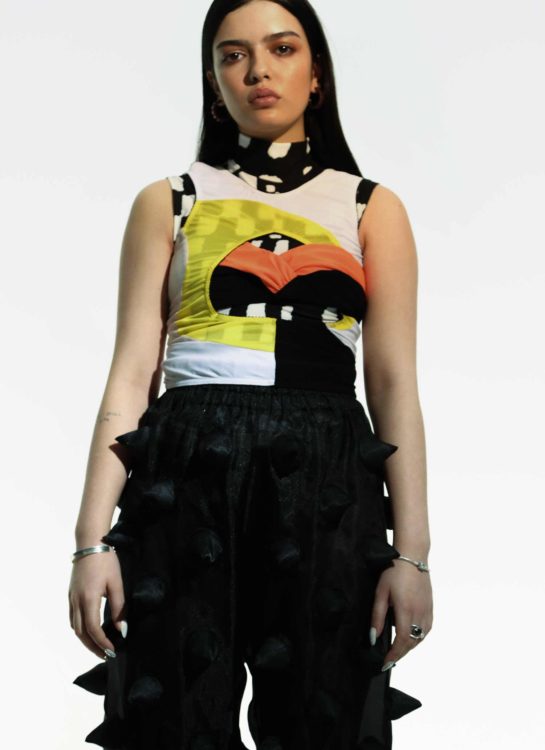 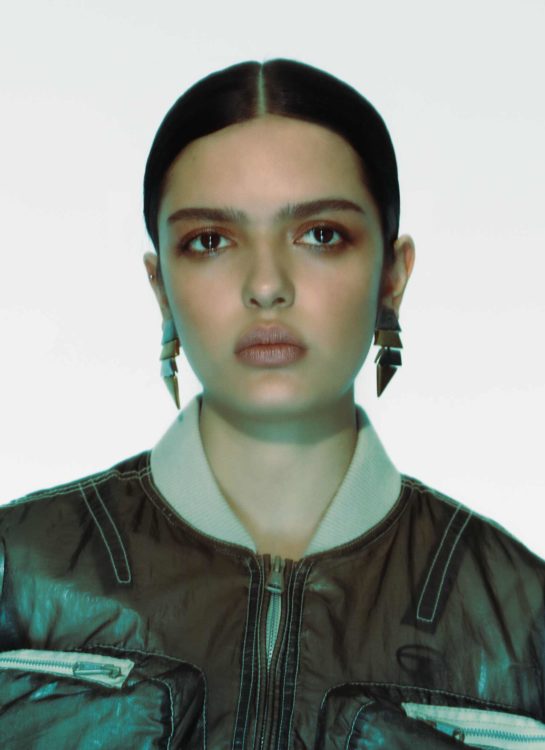 Now you’ve established your name with this EP, do you see yourself becoming more involved in the industry as a whole and embracing this collaborative scene?

I think I’d like to explore some different areas in music, because here’s so many parts to it that I had no idea about until I got more into it. I’d like to develop production-wise and I’d be really happy to work with other people. That’s something I hope to do. At the same time, I do believe in being selective about what you choose to do, because there’s no point in going and doing something if you’re not actually interested in it or doing it for the wrong reasons. But I’m open to anything right now, because a bunch of things that I never thought would happen are happening. So who knows?

What will you never change about yourself and how you make music?

I always want to stay quite retrospective on music, and I don’t want it to be something that’s always about me specifically. And never getting too in your own ego. So far I’ve done pretty well – ego brushing doesn’t really work for me. I want to keep on that. I just don’t want to become a proper diva. 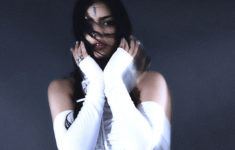 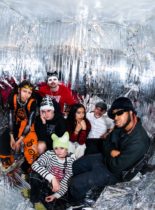 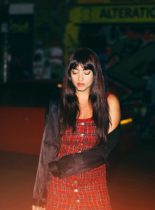