London’s iconic music venue, the Jazz Café, has rolled out a dazzling season of events.

It truly will be a jam-packed end of the year for London’s Jazz Café. The unmissable mecca for all things jazz has just launched its autumn winter programme, and the line-up is quite literally jaw-dropping.

December will reel in Tenderlonious’ immense festive extravaganza, Tenderlonious presents 22a on Friday 3rd. Barcelona rapper El Bobe will follow on Monday 6th December, with Cousin Kula in tow on Thursday 9th December. The next day, Habibi Funk will take over with My Analogue Journal as guest.

As the festive season trails off, Session Victim will be in residence throughout January, keeping up the party season every Friday. Tertia May will be putting on her biggest performance yet on Thurs 27th January 2022, while Jay Electronica will perform on January 29th, 31st and February 1st.

In February, 47 Soul will perform on Friday 18th and Saturday 19th. Brazil’s Fernando Rosa will make his UK debut on Tuesday 1st and Wednesday 2nd March. Hot on his heels, Yīn Yīn will take the stage on Friday 4th March, with New Yorker Theophilus London on Monday 28th March.

Performances will also be made from the likes of Priya Ragu and Jay Electronica.

Tickets are available to buy here. 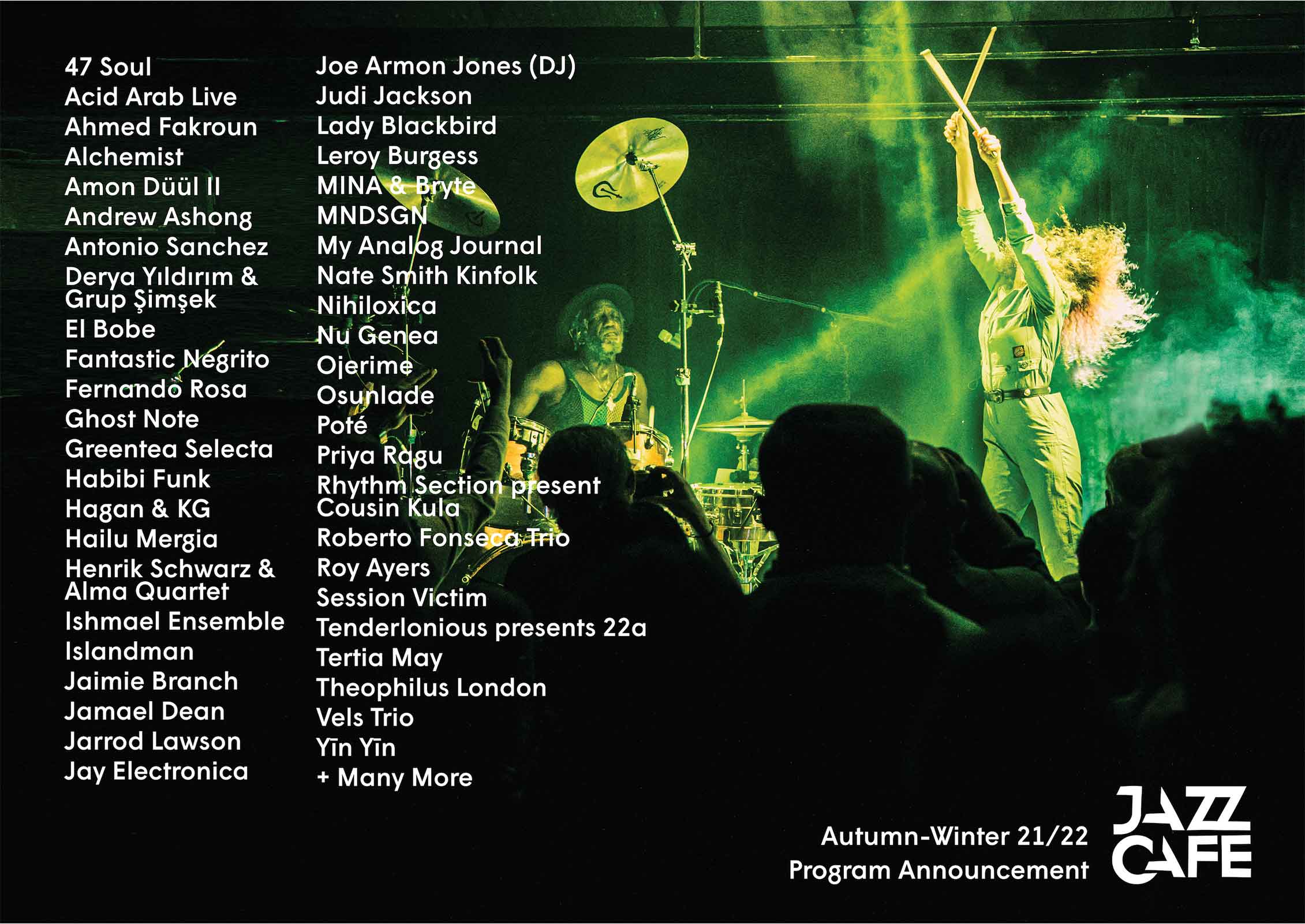