Parasite executive producer Miky Lee and Interstellar producer Lynda Obst have teamed up to work on ‘K-Pop: Lost In America’.

If you’re yet to experience the unstoppable global domination of South Korea, then you need to wake up. Between BTS ruling the Billboard top spot for what seems like the whole of 2021 with their English songs, and Parasite taking all the awards at the 2020 Oscars, talent from the country is storming into the music and film industries.

Now, a film set in the world of K-Pop is in the works. With Miky Lee, executive producer of Parasite, and producer Lynda Obst of Interstellar, onboard, ‘K-Pop: Lost In America’ is a spin on the traditional road trip movie. The story follows a South Korean boyband that mistakenly lands in Texas two days before their grand global debut in New York City.

‘K-Pop Lost In America’ is currently targeted for a 2023 release. Pre-production casting is starting this month. 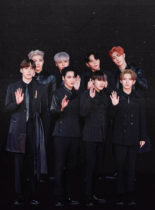