The couple that makes music together, stays together. That’s certainly the case with piri & Tommy, a dynamic duo whose musical career took flight after they bubbled up during lockdown.

The Gen Z couple’s easy rapport with one another has lent itself to an extremely fruitful creative partnership, founded in their joint love of rave-ready music and nostalgic taste. TikTok has taken to the duo’s fun and intimate vibes, and how they make music that comes out of a real admiration for one another. Take their debut single “Soft Spot”, where their keen eye for how the rapid pace of modern social media life can supercharge the crazy emotions of a new crush made it a global hit with over 10 million Spotify streams and counting.

piri & Tommy are keeping the momentum up, having recently released the escapist tune “beachin” alongside an announcement of their debut headline tour across the UK, with spots at The Great Escape and London’s XOYO this spring. Big names across the pop music world are queuing up to name themselves fans, and it’s clear it’s just the beginning for the pair.

With all that success coming, we checked in with piri & Tommy to chat about their rapid rise to fame, their famous fans and the joy of working together.

Your single “Soft Spot” has been a massive hit – reaching #1 on TikTok, smashing 10 million streams and landing a record deal with EMI. Did you anticipate the song’s success at all or was it a massive shock when it did so well?

Tommy: It was crazy getting such a huge response that just kept on growing and [it was] something that I didn’t see coming. When we made it I was just in my Soundcloud dance producer headspace so had no idea that so many people would listen to it. We had the best time making the tune though and I like to think you can hear that in the music.

The song received love from Charli XCX, Rebecca Black and PinkPantheress. If you had to choose – which of the three would you collab with?

piri: omg Pink Pantheress would be a dream as she was a big inspiration to us but I think musically we’d probably make something really cool with Charli!

piri: Would deffo love to lean into her hyper pop vibes and make something kind of glitchy and really in your face, she would for sure bring a different vibe than our usual stuff which would be exciting.

What do you love most about working together?

Tommy: I love how fast and easy it is making music with froge. We really play to each other’s strengths: I can make 8 bar loops for days and frog can cook top lines like ready meals. We are always firing ideas off each other and the flow of music seems constant! We love it.

Your latest track “Beachin” is a sugary-sweet slice of escapism, inspired by a real-life trip to the beach. Do you take a lot of inspiration from your day-to-day life?

piri: My writing is usually just about whatever I’m feeling at that exact time. “beachin” was written just after that beach trip and it was very fresh on my mind, a lot of our songs kind of act like a snapshot of how life/ our relationship was at the time of the writing which is fun. 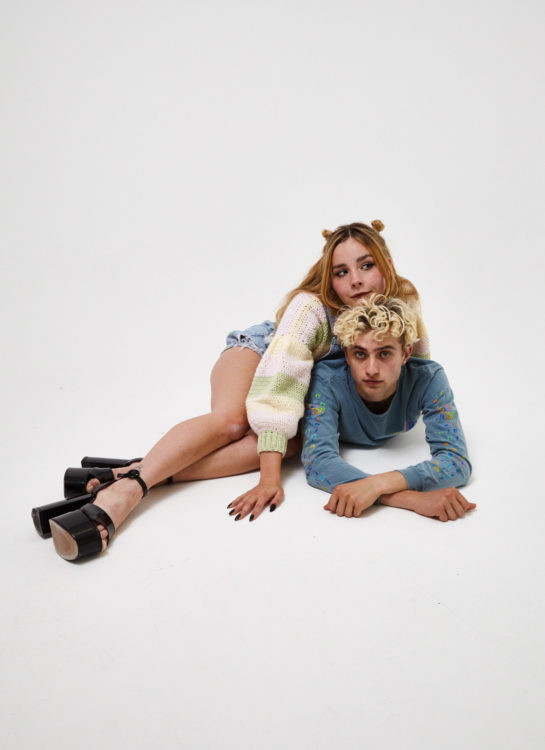 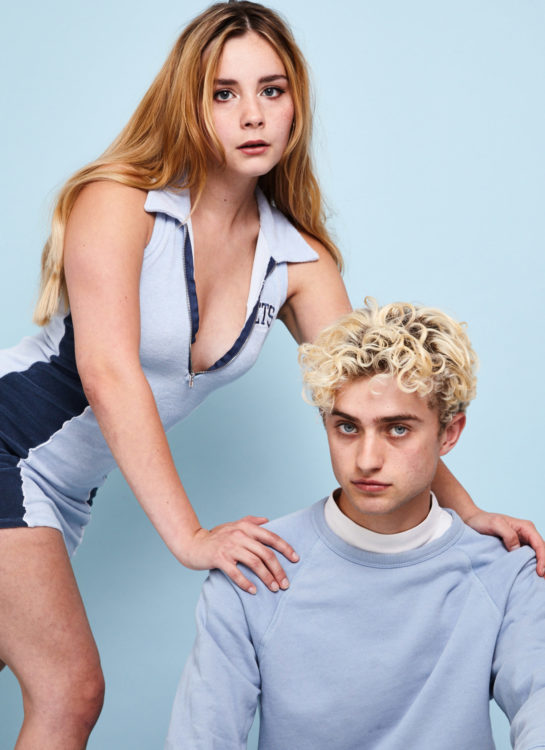 If you could imagine your dream music video for “Beachin”, what would it look like?

Tommy: Dream music video for “beachin” would be us recreating the crab rave video but all the crabs are frogs and there is us in the middle mixing on 20 cdjs.

You’ve got a run of headline shows in April and then you’re playing The Great Escape in May. What can people expect from a Piri & Tommy show?

piri: They can expect lots of dancing!!! It’s kind of J set vibes but with live vocals, drums and guitar from Tommy so a pretty interesting experience! Also we have so many unreleased tunes – we can’t wait for people to hear too we can’t wait to play them.

What is your ideal soundtrack to a night out?

Tommy: Best soundtrack on night out has to start with Kaytranada’s Boiler Room followed by Ed Solo B2B Deekline at Sector 6 from Boomtown 2017 finishing with anything by SpongeBob Square Wave.

There’s already so much you have achieved early on, but what are you manifesting for 2022?

piri: We’re mostly excited to just get more tunes out to be honest, we kind of want to establish ourselves as a source for good music!! :9 Manifesting more people hearing and enjoying our music the more we release!

Where do you see your sound going in the future?

Tommy: In the future I’d like our tunes to cover a greater bandwidth of BPMs. The tunes will hopefully be way harder but we also might go the other way and make some acoustic stuff.

Lastly, what advice would you give for artists starting out and looking to make a hit song?

piri: I’d say just make sure you’re making something authentic to you that you actually love, but also really try to think about making sure every musical part is a bit interesting in some way, it just gives a song so much sauce.