Music has always been in Projexx’s blood. As the son of producer Lloyd “John John” James and grandson of the legendary dancehall producer King Jammy, it’s no surprise that the rising Jamaican dancehall artist is well along the road to greatness. Experimenting with producing and songwriting at the age of twelve, Projexx would sit in on studio sessions, absorbing knowledge and developing a keen ear that he could soon apply to his craft. Spending some time between Jamaica and his aunt’s in Canada, after migrating to Canada for college, Projexx realised that music was his true calling.

Fusing a variety of genres from Afrobeats, to dancehall, to R&B, it is hard to pin down Projexx to any one sound – and that is exactly what he wants. With a variety of influences from Drake to Dennis Brown, Projexx is always seeking to push boundaries, and challenge the idea of how his music can be quantified.

After releasing a seven-track EP ‘Queen Hill’ last year, most recently, Projexx has been turning heads with his pair of summer anthems “Caution” and “Turn Around” made with renowned producer Juls. The pair have proven to be a match made in heaven, having previously worked on Wizkid’s “True Love” featuring Tay Iwar as well as “Chance”, also with Tay. Projexx sends us straight to the dancefloor with “Caution”, tracking the dangerous temptation that can come with falling in love with someone who isn’t good for you. The seductive visuals, filmed in Projexx’s hometown of Jamaica, cement the track’s infectious summer vibes and sees Projexx surrounded by congo drums and dancers.

With a bank full of viral earworm tracks, Projexx shows no signs of slowing down. Notion catches up with the star as he chats about his story, the industry today and what’s next. 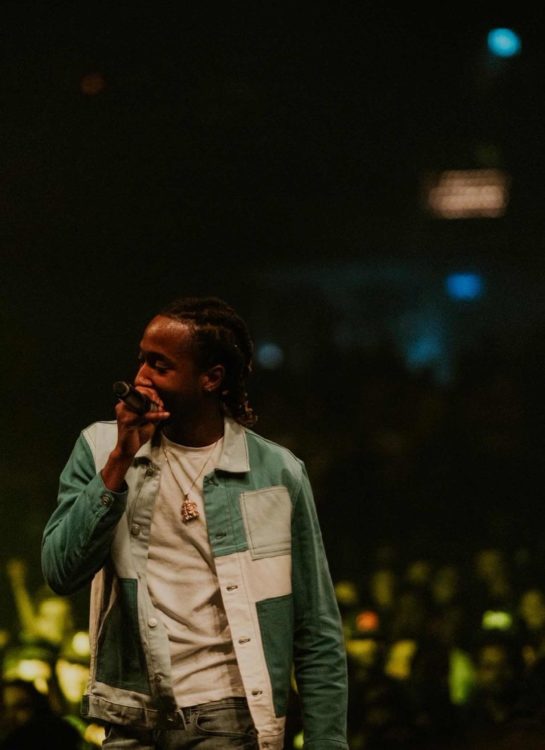 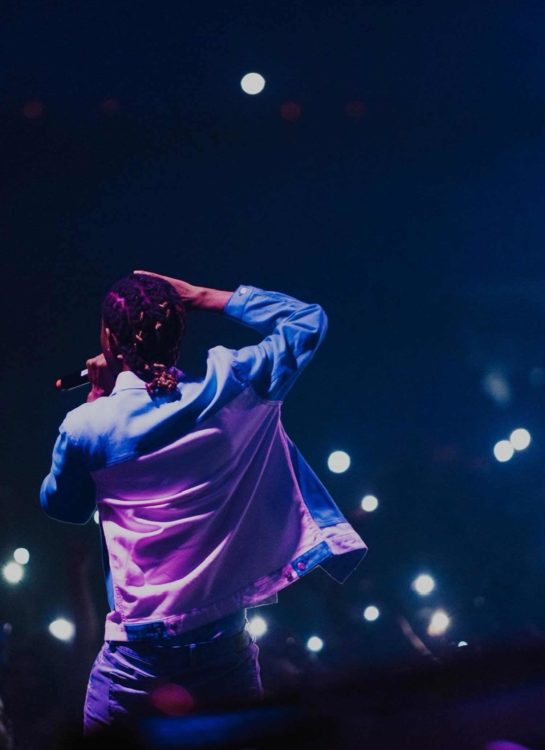 Talk me through your story. You came from a musical family but what specifically set you on the path to making music?

I don’t think there was anything specific that made me get into music. It was more of like a calling for me – something spiritual. Almost inevitable.

Did spending time in Canada with your aunt aid you on your journey?

After I graduated high school, I migrated to Canada for college. However, that was not working out for me, so I started to put my energy into music and started taking that more seriously. I would say that’s where the spark initially came from.

Your sound is a melting pot of genres from Afrobeats, to dancehall to R&B. Is it important for you to evade the rigidity of genre with your output?

I believe with what I’m trying to accomplish musically, it’s vital for me to expand, step out into different genres and showcase my versatility.

In the future, how do you see your sound evolving?

I see my sound evolving massively. There’s more work to be done, but I am willing and prepared. I am ready to become one of the greatest ever to do it!

What was the concept behind the song “Caution” and how was it shooting the video?

“Caution” is basically about a girl I’m falling in love with, but everybody, including her, keeps telling me to be careful and proceed with caution because she’s a “bad gyal,” but I just couldn’t resist. That pretty much sums it up, but there were so many memorable moments we captured shooting this project. The energy was high and unique, and we were very excited about the final product of the video.

What was it like working with Juls on “Caution” and “Turn Around”?

Working with Juls on these last two records was dope – almost like magic; our vibe is natural. He would send the beats, and I would immediately find an idea.

What qualities draw you in when working with someone on a project? Anyone you would like to collaborate with in the future?

I like working with people with a strong sense of awareness, driven and passionate about music, and talented, of course. I’m also huge on energy, so once the energy connects, I’m comfortable to work.

Who are some artists that are inspiring you at the moment?

What’s one thing you would change about the industry today?

The industry can be very toxic and corrupted in various ways. If I had the power to change that with just a snap of my finger, then I would. If we had more love and less ego perhaps that problem would be solved.

Do you have any exciting live performances coming up? What does a Projexx show look like?

What are three things that are inspiring you outside of music at the moment?

I get inspiration from all aspects of life. Nowadays, I can be inspired just by a conversation, by watching a movie, or just doing different activities and learning new things.

Every moment is surreal and important for me because this all started from a dream I had for myself, and I’ve been living that dream every day for the past 5-6 years.

What’s next for you? What are some goals you have yet to tick off on your bucket list?

What’s next for me? Nothing but growth and greatness. I want my music to keep growing to the masses, and I want to continue making new waves and breaking more barriers.

Listen to "Caution" and "Turn Around" below: