Rated Reads: The Fall of Girlbands and Cannibalism in Pop Culture

Rated Reads this week takes a look at the decline of the British girlband, the increasing focus on cannibalism in pop culture, and an interview with rising indie stars Wet Leg.

We used to live in a society. About twenty years ago, the British music scene was filled with successful girlbands, from Spice Girls to Girls Aloud to Sugababes, but these days it’s Little Mix or just about nothing. For Dazed, Sean O’Neill investigates this decline, linking it to a changing definition of celebrity that’s inexorably affected by political circumstances and the rise of the Internet, as well as the potential decline of year six discos (that last bit is possibly untrue).

Why are we so obsessed with cannibalism?

It’s an anxious time to be alive, and we’re all dealing with that anxiety in our own way. Evidently, our popular culture shows that one of the ways we’re coping is to put cannibalism in more things. Whether it’s the hit film Fresh (it’s human meat that’s fresh) or mystery drama show Yellowjackets (food is limited in the woods), people-eating has suddenly become a common trope. For i-D, James Greig investigates just why that may be, linking it to anxieties about capitalism, misogyny, and the natural emotion that eating people is strange.

Wet Leg: ‘Chaise Longue was supposed to be just for us – it was in a folder called High Jams’

Few had heard of Wet Leg a year ago, but now they’re famous enough to have other people butter their muffins for them. Their self-titled debut album has just dropped, so the duo has sat down with The Independent to chat about their new music, their rapid rise to fame, and what it feels like to have Dave Grohl talk about staying up till 4am to listen to their music on repeat.

Netflix’s Bridgerton has been famous for many things – the sex scenes, the sex scenes and also the sex scenes – but it’s also made its name from adding cultural diversity and representation to the traditionally monochromatic period drama genre. For The Guardian, Ankita Rao celebrates season two’s addition of Indian characters to the cast including season lead Kate Sharma (Simone Ashley), and how the show’s lack of regard for absolute cultural coherency makes its representation better.

Harry Trevaldwyn, Instagram’s young prince of comedy, is headed for the big time

The new Judd Apatow Netflix film The Bubble is stacked with stars, but one of its most notable presences is someone newer to the business: the social media comedian Harry Trevaldwyn. GQ chats with him about his big leap to mainstream Hollywood, doing improv in front of Keegan-Michael Key and his upcoming role in the English-language Call My Agent remake. 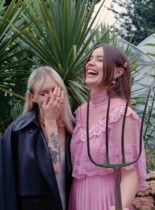 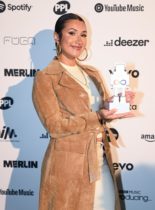 In Rated Reads this week, Queen Bee covers British Vogue as she prepares to drop a new album, and why we're vibing 'Side Character Summer'.