Rated Reads this week takes a look at the culture of the unfollow, interviews with Fontaines D.C. and Bastille and the byzantine marketing of Kanye West and Julia Fox's new relationship.

Is unfollowing someone ever really that deep?

It is a truth universally acknowledged that social media has made human interaction much, much worse (yes, I’m still on Twitter, no, I don’t want to recognise the contradiction). One of its many sins is the creation of the anxiety-inducing unfollow – the manifestation of that worry that you’ve done something very, very wrong. Douglas Greenwood boldly goes into this final frontier for i-D, investigating the culture of the unfollow and unearthing the unhappy truth that sometimes we’re pretty annoying online and not everyone wants to listen.

This year’s Golden Globes ceremony was an unsurprising disaster

Not so long ago, the Golden Globes were the glitzy kick-off to awards season. Then, Hollywood discovered what should have been apparent all along, which is that the Globes are voted for by 87 random international journalists in a trenchcoat, and subsequently deep-sixed the awards ceremony. This year’s Globes – where champions included West Side Story and Andrew Garfield – were boycotted by all broadcasters. For The Independent, Adam White assesses a truly odd ceremony held in private and hailed only by a series of baffling tweets from the Globes account. Few will mourn their passing. That being said, stan Andrew Garfield.

Fontaines D.C. Are Sick of Their Own Stereotype

Fun fact: if you Google “Fontaines D.C. James Joyce”, you get 200,000 results. The Irish post-punkers have been relentlessly associated with literariness and “elevated punk” since their debut, and, like anyone who has tried to read Ulysses, they’re tired of the association. For Vice, the band mark the start of their new album rollout by chatting about their media stereotyping, settling in England and anti-Irishness. It’s considerably more readable than anything Joyce ever did.

‘I’ve been expecting things to fall apart at any moment’: Dan Smith on 10 years of body dysmorphia, burnout and Bastille

For plenty of us here in the UK, Bastille was the sound of teenagedom (Wild World was the score to my sixth form – what about it?). As we grow up, though, the band is still cracking on, with their fourth album out next month. At The Guardian, Chris Godfrey chats to frontman Dan Smith about his struggles with self-confidence, his workaholic tendencies, and that upcoming album, inspired by Smith’s love of sci-fi. He’s a fan of 2002 classic Minority Report. That’s taste right there.

If, like me, you know a lot about films and relatively little about celebrity dating stories, then the news that Kanye West is dating Uncut Gems star and model Julia Fox might have been somewhat surprising. For Dazed, Vanessa Hsieh helps to cut through the madness and explain the intricate marketing behind the most confusing pop culture dating thing since Pete Davidson started on his Hollywood women checklist. As to whether Fox will get a very private tattoo of Kanye like she did for Adam Sandler in Uncut Gems – well, that question is not answered. 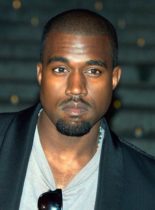