With a tight grip on the UK charts and his gaze cast up into the stratosphere, Russ Millions is moving with purpose and persistence. Covering Notion 91, he takes us from his start in music to navigating success, social media and widespread exposure, and how he’s kept his mindset in check throughout. 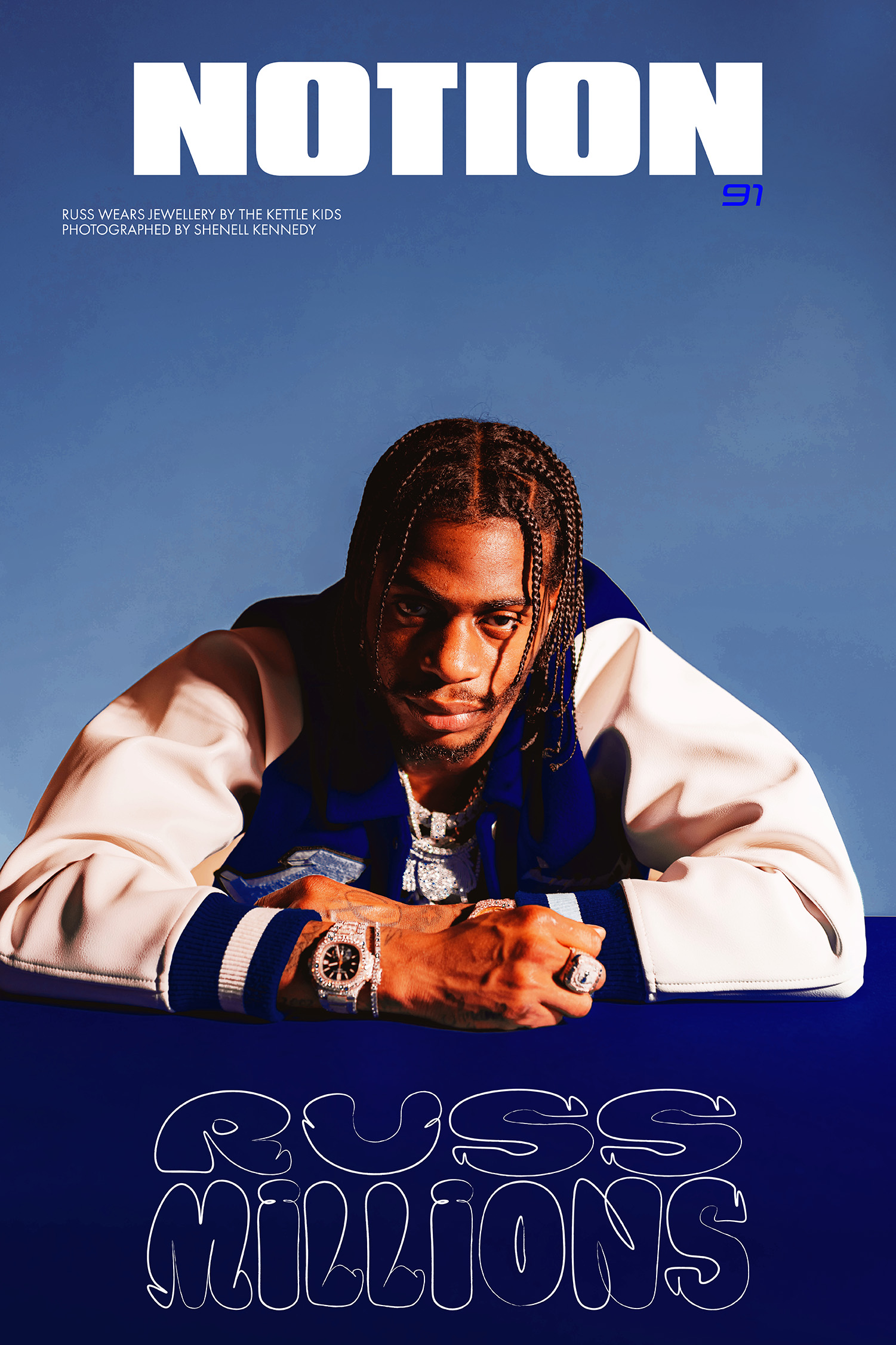