RY X: “There Was A Lot of Space In My Youth”

Australian artist, RY X, continues his transcendental quest for vulnerability with his upcoming project “Blood Moon”. He discusses his upbringing, how nature is integral to his work, and how he stays true to himself in the face of growing success.

Growing up in a secluded community in Woodford Australia, RY X always found communion with the outdoors. Surrounded by the sea and turning to vinyls and tapes rather than TV and internet growing up, nature and music were cornerstones to how he was raised. You can see this shine through in his work today.

After travelling through Central America before finally settling in LA, RY X has amassed over 900 million streams to date, following the resounding success of his debut EP “Berlin” amongst other projects. Following singles “Your Love” and “Let You Go”, RY X introduces us to his latest record “Blood Moon” set for release in June. Continuing his foray into human connection and the self, RY X muses, ‘I think there’s a whole universe within the dynamic of your relationship with a lover. There are many of those very honest, raw conversations on this record. It’s not all about the same person, but it is about the same feelings, the same concepts.’

A solo work of introspection, RY X produced, engineered and recorded most of “Blood Moon” alone in his studio tucked away in the hills of Santa Monica. The project also took him overseas to Iceland, where he produced the track “Colorblind” with fellow songwriter Ólafur Arnalds, with the rugged Icelandic coast provided a scintillating visual backdrop to Ry’s track “Let You Go.”

RY X chats to Notion about “Blood Moon”, reconciling tranquillity with success and what’s on the horizon. 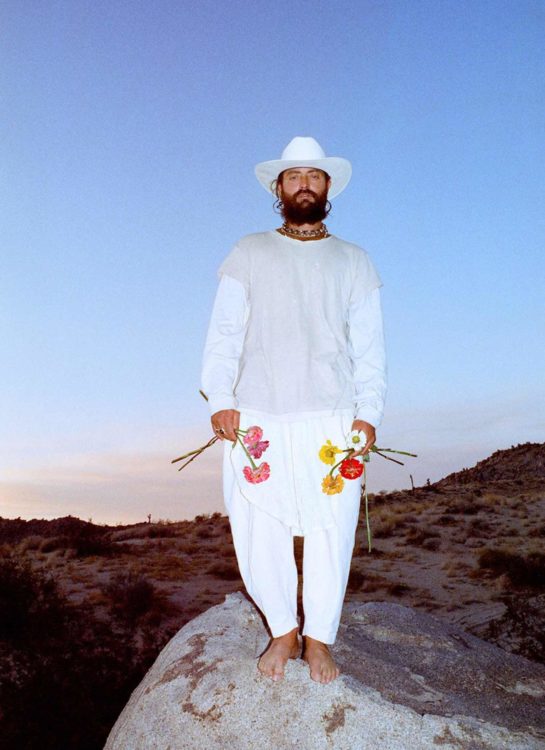 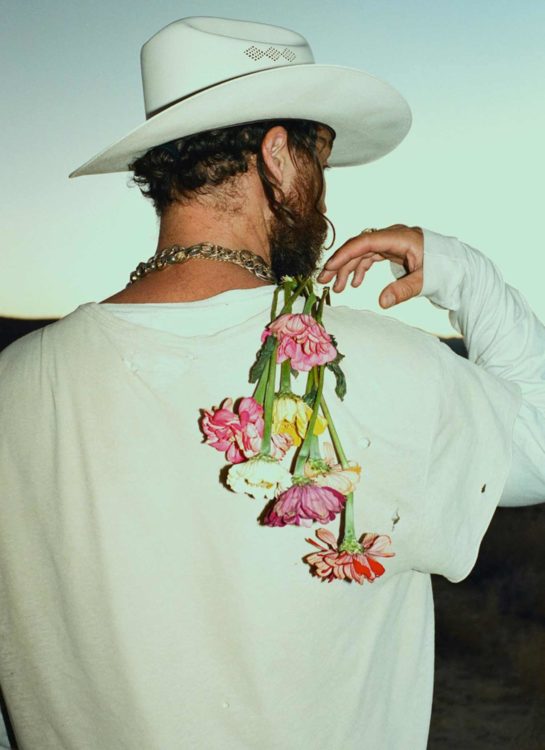 Why did you arrive at connection as the primary theme of your career?

Connection is a part of it, among many others. One of the main awarenesses I have is of rawness, honesty and vulnerability in the work. With these at the core, connection and close relationship to the work will be felt from those receiving it.

Themes and Ideas change. If I can continue to be true in the work I am making among those shifts, the essence of what comes up in that place will always lead and be felt by others.

Your music is incredibly personal – how do you navigate the process of sharing that with the world?

It’s challenging at times to undress in emotional ways for others to witness, but its also such an important practice, in life, and in creation.

I think as an artist its part of my responsibility to delve into these places and make work from it for others to connect to and view.

The vulnerability that comes up is always there in releasing it to the world.

It just becomes more of a practice of changing my relationship to it.

How do you think growing up in the small community of Woodford Island fostered your artistic interests?

There was a lot of space in my youth. In the vast nature of where I grew up, and in my relationship with time and the rhythms of days as they came and went.

Everything had a cadence of my place within a larger sphere of the natural changing world, and the way spirit resides in that place too.

Naturally these things have influenced and informed my work, and my life as a whole. I still view the world in this way, and seek that place of belonging in balance and connection to land and oceans in my daily life, especially when things are busy and I move a lot to share around the world.

How did it feel to have your EP ‘Berlin’ suddenly reach a new height of success?

It was humbling and exhilarating at the same time.

When people relate deeply to art you have created it feels like they are also understanding a part of your being on a deeper level. There is a feeling of acceptance and alignment, but also a vulnerability that swims in the same space too.

Part of what I loved most was the way the growth came. It was dictated by people, rather than by industry and I felt supported and connected to in a direct and visceral way because of that.

It reaffirmed the action of creating work to share with peoples hearts based on my own experience and explorations, rather than for anyones approval, and that still inspires me to make music from an authentic and open space.

I hope that a lot of artists get to experience that.

Have you ever felt any pressure to conform to a certain archetype as an artist, especially as you’ve become more successful?

It can be challenging to let go of the notion of ‘success’ as deemed by others standards, or by your own at times. And there are moments in a journey of growth where you might feel a need to chase that growth when it presents itself in your world. In those moments I always come back to the question of why I make the work in the first place. What is its purpose. For me, and for others. I personally want to make art of worth to others, and in service to the world, rather than by making work based on success. I use that as a compass for all decisions I make in my journey in the arts. 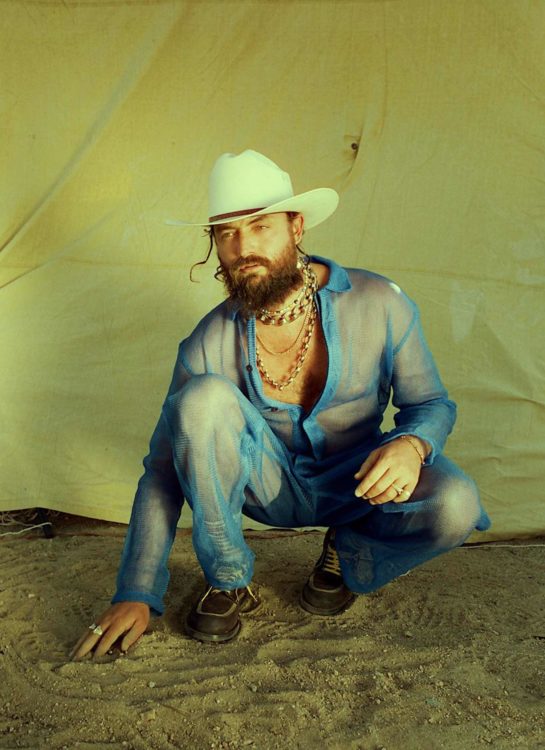 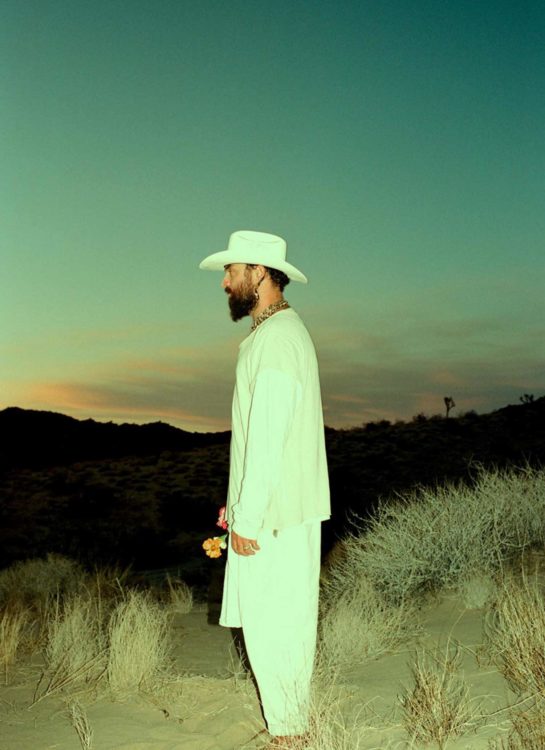 How do you go about making abstract, spiritual themes like those seen on ‘Blood Moon’ relatable for your listeners? Is that a major concern for you?

My awareness is always making sure that the work is honest and stripped of cerebral narrative, in whatever form it takes as art in the process of creation.

I delve into self to explore my heart, my inner landscapes, in all forms, and make sure that I’m speaking about my world from that place.

I’ve found the more personal I get, the more it resonates on a wider scale with others hearts.

We all experience sets of emotions and explorations as human beings, things that are universal. I think there is a lot of shared understanding in those spaces between us all.

Your artistry is very centred around nature and tranquillity. How does that mesh with the internet, social-media focused nature of modern stardom?

Mmmmm, at times I find it hard. I think my best music is made when I’m really in touch with subtle places in my being, the same places that can get numbed and overwhelmed by external and online spaces at times. I try to make sure my own life is in balance as best I can, so that what i’m doing is coming from a centered and meaningful place, that’s the best I can do.

What has been a particularly memorable arena for you to have performed in?

Ugh… So many incredible moments. And more to come.

One of the most beautiful and surreal moments was a performance playing on an uninhabited island in the Fjords in the far north of Norway. We performed inside the mouth of a giant cave looking out over the unending plumes of land coming out of the water somewhere in the Arctic circle.

They had to boat thousands of people over from islands and lands nearby… It was special.

And I dived in the cold pure blue water after with the midnight summer sun.

How have landscapes inspired your work on ‘Blood Moon’?

The land and water, and our place within it inspires and shapes us all so much. I know I am a man of the sea, and find my heart and spirit there, and with the mountains and land too. I seek it as much as I can, and live a life chosen to align in that way.

This album was made tucked up in the mountains close to the ocean, in my little studio, built long ago from wood and sweat. I swam and surfed the seas most mornings, let the light pour into studios during the day as I worked, and found sunsets in the mountains as often as I could to break before going into night and more creation. The land and sea were part of it all.

How do you see your artistry developing going forwards?

A continuation of growth, as a creator, and human being.

And a continued love of collaborating. More albums with others around me and my other projects.

And delving deeper into some spaces I am beginning to touch in scoring film and dance.

Listen to "Spiral" below: