Notion sat down with Scotland-based alt-pop brother duo Saint PHNX to chat about their new EP, 'Happy Place', a collection of songs paying tribute to their late father.

SAINT PHNX, an alt-pop act consisting of two brothers – Stevie and Alan Jukes – burst onto the scene last summer with the track “Happy Place”, a poignant musical remembrance of their late father. The track accrued 8 million global streams and co-signs from peers such as Lewis Capaldi and Yungblud, and was praised by American Songwriter as “boasting an incredibly complex emotional palette”. The band also recently supported Yungblud at two major homecoming shows at the Barrowlands venue in Glasgow.

Now, they’ve continued their musical journey with the drop of their new EP, ‘Happy Place’. Following in the spirit of the title track, which has been re-recorded with the collaboration of longtime friend Jasmine Thompson, the EP pays tribute to the father of Stevie and Alan, about which the duo have said: “We hope this collection of songs can help others through difficult times and give them some sort of comfort. We want to tell the world his story and make him and our mum proud. This is for him”.

Clearly bursting with ambition and personal desire, SAINT PHNX – now signed to Atlantic Records – are ready to rise and rise. To commemorate their new EP, Notion sat down with the duo to hear how it was a tribute to their dad, supporting YUNGBLUD in Glasgow, and much more. 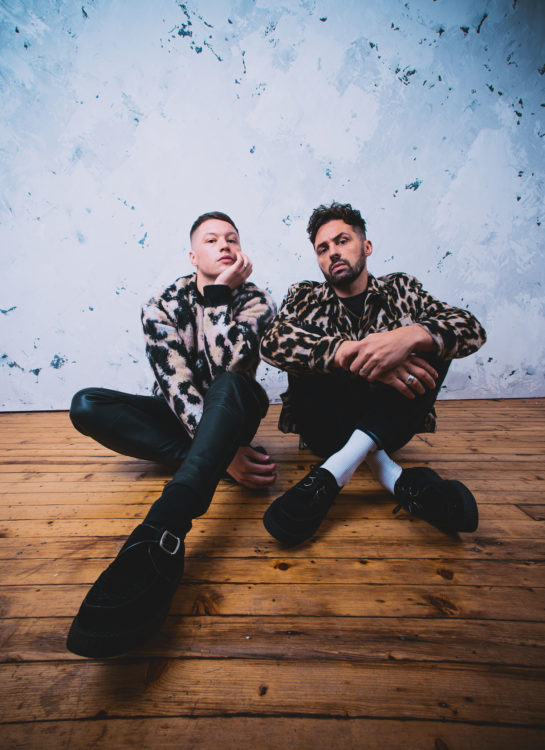 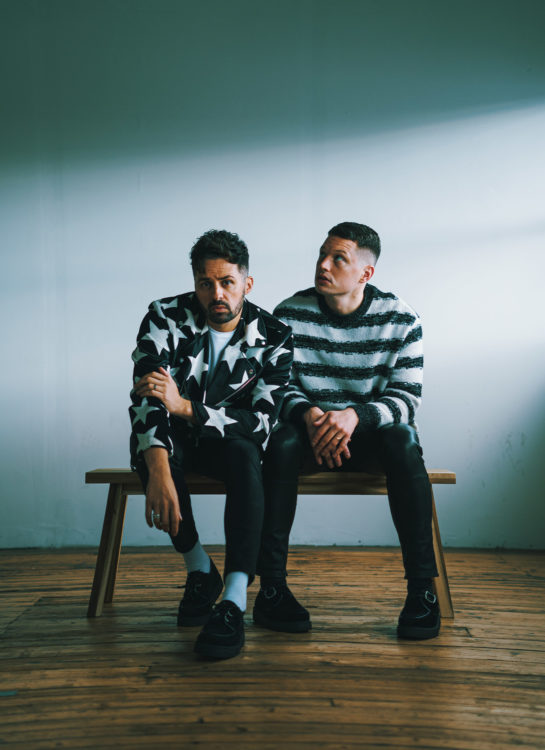 Congratulations on the new EP, ‘Happy Place’!  You describe the EP as a tribute to your dad – could you tell us a bit about what that means to you?
This EP tells the story of the last few months of our Dad’s life and the period after he passed. We’ve put everything into it emotionally and we hope everyone loves it as much as we do. It’s helped us get through a very dark time.
Where is your happy place?

I guess we have a few but the main thing would be when we’re around our family.

How has 2022 kicked off so far?
We got word that ‘Happy Place’ would be used on the American Idol promo which was a great start to the year just before the E.P is released.
How do you think being brothers influences the way you make music – or the process for making new tracks?
I think it’s helped us in terms of creating something that’s true and honest. We both like different types of music that influence our sound which we find refreshing.
Do you feel that making and listening to music offers comfort during difficult times?
Absolutely. It’s a great way to channel your energy and emotions.

Is there anything you’d like people to take away when they listen to ‘Happy Place’?
We’ve received so many messages about what Happy Place means to people. It’s been a real eye opener to see how it’s helped people through difficult times or just generally lightening their mood. We hope the song can help people in any small way to make them feel good.
You recently supported YUNGBLUD for a couple of shows in Glasgow, was it special playing in your hometown?
Yeh it was amazing. We were lucky to go out touring with him all over North America and Europe so it was class to see him and all the crew again. The Barrowland is world renowned and to play to sold out nights was magical.
How has it been being able to get back to playing live shows?
It’s one of the main reasons why we love being in a band. We were pretty bummed out when playing live took a back seat when Covid hit so it’s a total buzz to be back on stage.
What are you excited for this year?
We’re excited for this year for sure. New music, touring and festivals. We’re also finishing our next album.
The EP includes guest vocals from the very talented Jasmine Thompson. How did you end up working together? What made you feel she was the right vocalist for the project?
Jasmine has been an absolute superstar. We wanted to try an alternate version of the track with a female vocal as we thought it would compliment the story. Once we reached out she was onboard right away and when we heard her vocal on it we were so excited to let everyone hear it. She flew up to Scotland to shoot an acoustic version of the track and managed to catch our headline show. She’s became a good friend in the process.
Who would be some other dream collaborations?
We love rap music so someone like Kendrick Lamar, Logic or Joyner Lucas.

Watch the “Angel” music video below: