With her music always remaining a true reflection of wherever she is in life, 'sad girl' Sasha Sloan blooms on her debut album 'Only Child'.

Critically acclaimed singer/songwriter Sasha Sloan’s music has always been witty and profound all at once. Where most musicians grow cynically with passing time and growing fame, Sloan – who broke into the scene in 2017 and made a name for herself with vulnerable lyricism and richly layered soundscapes has found her outlook on music and life-changing for the better – as a person in love and as an artist who has been able to refine her artistry.

Her debut album, ‘Only Child’, is the culmination of Sloan’s journey of a ‘sad girl’ who felt like she was the only person in the world of unending insecurities. She is now a woman –still unsure, still sad at times – yet absolutely sure of the fact that’s no longer alone in the world. It’s this message that she hopes to convey to her fans whether it’s through her music or the fan community she lovingly set up.

With the innate ability to draw lyrical inspiration from anything and everything around her, Sloan’s changing perspective on the world and herself has helped refine already potent songwriting skills. Moving love songs and break-ups, she weaves stories of pure innocence, powerful sensitivity, and everything in-between seemingly effortlessly.

In conversation with Notion, the 25-year-old artist delves into her musical journey so far, her favourite track off the album, drawing inspiration from mundane thoughts, who inspires her and much more. 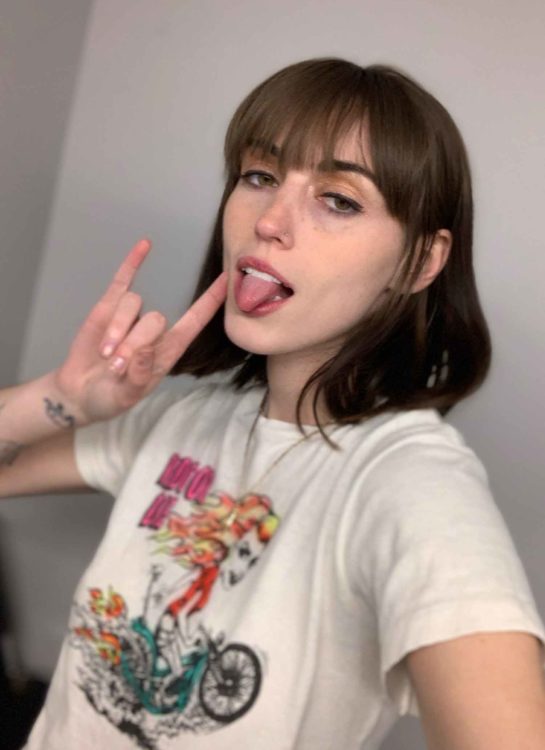 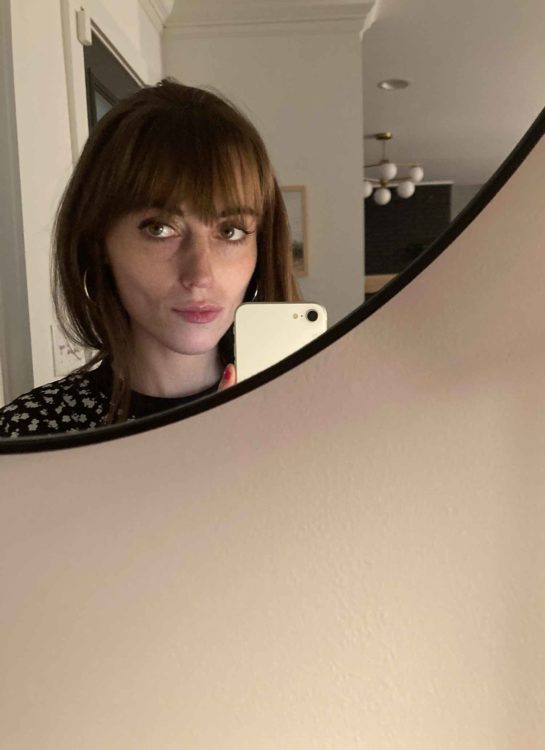 What can we expect from ‘Only Child’? What was the inspiration behind the album?

I would say ‘Only Child’ is a more mature version of my previous music. Online I go as “sadgirlsloan” but I’ve been calling this album “sadwomansloan”. I wanted to make sure this album was multifaceted and talked about more than just love and break-ups. Sonically, I was really inspired by Jewel, The Killers and Robyn

If you had to trace your musical journey so far, what’s changed/evolved about you as an artist? How do you hope to evolve going forward?

I’ve changed a lot since I first started releasing music. I’ve definitely grown up a bit and my perspective on the world has shifted. I’m still as jaded as I was in the beginning but I’m also in love which has made my outlook on life a little different than it has been in the past. I hope I continue growing and my music always stays true to me wherever I am in life.

You have opened up a fan community, what inspired you do that? What’s stood out to you most from your interactions with fans via this community?

I wanted to create a space for fans and me to have a dialogue. I was seeing so many messages from fans on social media and I wanted them to be able to communicate directly with me in a more organized, meaningful way. It’s been incredibly humbling as well as therapeutic getting to hear stories from people who listen to my music. I really miss being able to meet people in person so this has been a close second.

Speaking of fans, if someone could take away one message from your music what would you want that to be?

I hope when people hear my music they feel like they’re not alone in whatever they’re going through. When I first started putting music out I thought I was the only person in the world who felt the way I felt about my body, my opinions etc. I hope hearing my music can be as cathartic for someone who hears it as it is for me sharing it.

If you had to pick a personal favourite track off the album, what would that be and why?

Ooo that’s tough! That’s like asking me to pick a favourite child but if I had to go with one song it would probably be “House With No Mirrors”. I’ve struggled with body dysmorphia and eating disorders for so long putting that song out felt like sharing a secret that had been eating me alive. 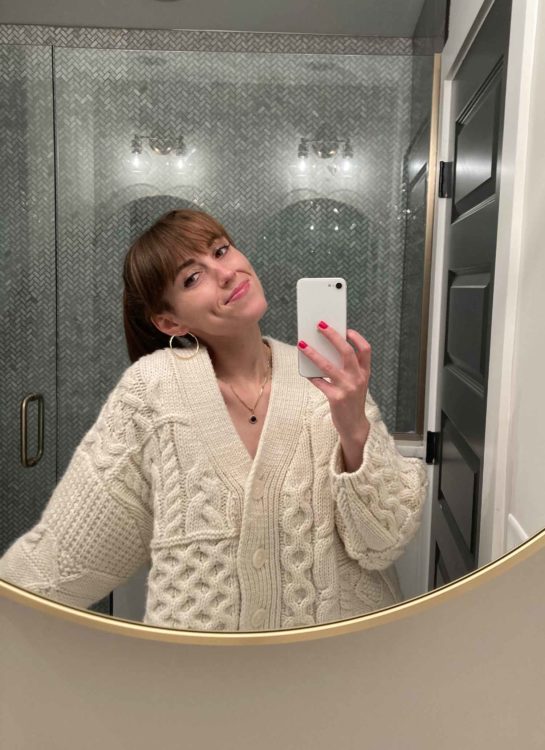 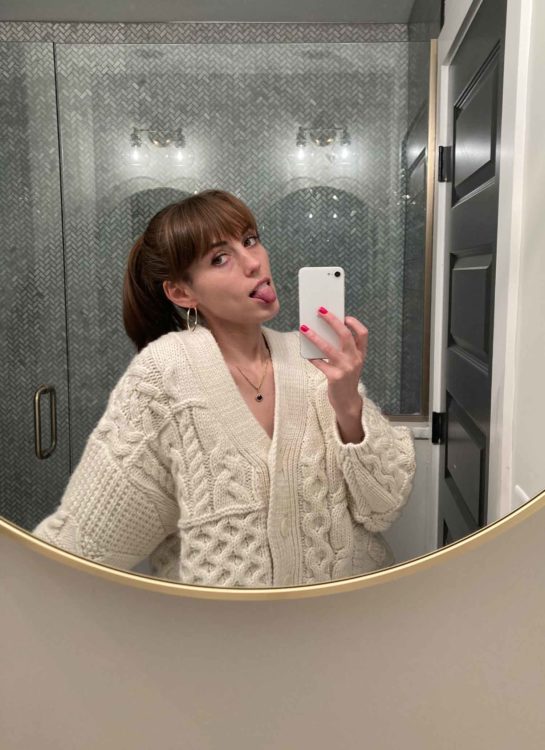 Your song writing is described as relatable and observational, where do you draw your inspiration from? What’s the most obscure source of inspiration that you can recall being struck by?

I draw inspiration from everything. I’m very lyric-driven so I always start with a title. I keep a running list of concepts on my phone and I’ll pick up sayings here and there from tv shows, books, or just a conversation with a friend. I think the most obscure source of inspiration was from seeing kids at a grocery store wearing masks. It was peak pandemic and I remember thinking to myself “man, it would be awesome to be a kid right now” and have no clue what’s going on in the world. That’s how the song “Santa’s real” was born.

Speaking of inspiration, who inspires you professional and on a personal level as well?

Brandi Carlile is a huge inspiration. I love the way she’s built her career. She’s always stayed true to herself and has grown such an incredible fan base off real music. On a personal level, I really look up to my mom. She’s a go-getter and very independent. She served in the army as an interrogator and now she’s a middle school teacher who has the biggest heart in the world.

To you, what’s the best part about the process of making music? What’s the most frustrating part of it?

The best part is having an idea I can’t wait to write. It can be hard to get inspired and it’s not always easy so when the song almost writes itself is when I have the most fun. The most frustrating part is when you I have an idea I like but I can’t figure out how to make it make sense or sound the way I’m hearing it in my head. I look at every song like a riddle I’m trying to solve and when it’s roadblock after roadblock it can get pretty disheartening.

What’s been the most memorable moment of your career so far? What’s next for you?

The most memorable moment so far has been playing my hometown, Boston. I had seen so many shows at the venue as a teenager and going back and being on the stage was surreal. After this album comes out I hope to keep touring (once it’s safe) and putting music out.

What’s one question no one has asked you in an interview so far that you wish to be asked?

No one ever asks me if I think my album sucks and I always wish someone would because I’m very scared it does lol. 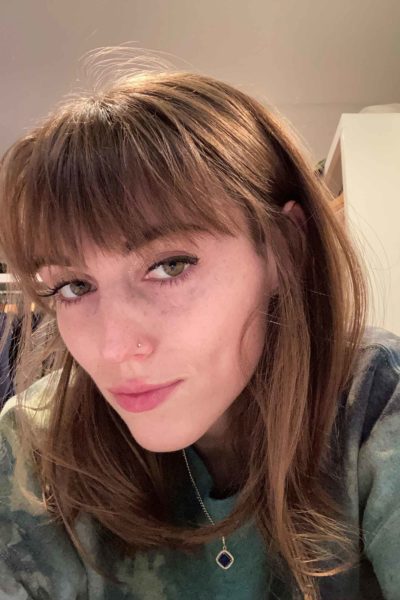 Listen to 'Only Child' by Sasha Sloan below: