We sit down with Chance Perdomo aka the warlock cousin of Sabrina Spellman in Netflix's The Chilling Adventures of Sabrina to hear his ultimate #10Trax.

The second season of The Chilling Adventures of Sabrina is now streaming on Netflix, which means another dose of the witchcraft, womanhood and warlocks. And when we say warlocks, we mean Ambrose Spellman aka Chance Perdomo. Quickly establishing himself as one of the most emotionally indepth characters on the show, Sabrina’s sidekick is confidently pansexual and a self-proclaimed rebel. It’s also important to mention his impeccable onscreen chemistry with Kiernan Shipka, who plays the title role.

Perdomo is no strange to the small screen. He received critical acclaim for his role as Jerome Rogers in Killed by My Debt, a BBC Three drama based on the true story of a young man who took his own life after amassing debt due to unpaid parking fines. Despite only being 22, he’s already turning heads and we’re certain that he’s going to be one to watch for 2019…watch this space!

As we prepare to binge-watch season 2, we grab a second with Perdomo to find out the 10Trax he loves.

Chilling Adventures of Sabrina Part 2 is on Netflix now 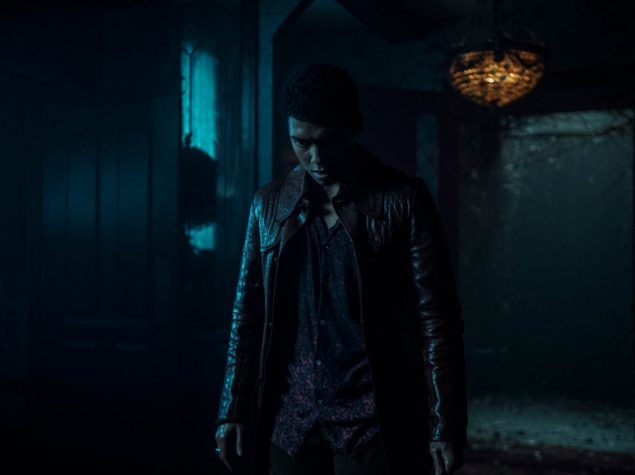 "How To Survive In South Central" by Ice Cube

"At the moment, I’ve a lot of Ariana Grande blasting through my headphones at the gym - but when it isn’t - it’s some good ol’ G-Funk & the likes of Ice Cube deliver."

"Remember, circa 2016, the “DAaaaamnn Daniel” phrase? Well, they remixed a song with it & it’s amazingly feel good?"

"I play this track when I’m wanting to put things into perspective - to focus on what really matters (at least to me) - family, generational security, health & love - the world’s built to make you forget that. Anyway, I’m a huge Logic fan - his vocal & lyrical mastery rivals Eminem for sure."

"This track’s fun AF - no two ways about it! (Plus it preaches self-care and health)"

"Y’all can probably tell I’m into that “conscious-rap”. I can’t tell you how dope I find Jay Z rapping about financial literacy & building credit."

"I’m a BIG Rick & Morty fan....it’s in it & I’m pretty sure it was made for the show....with context, it’s hilarious. Without it, it’ll make you deeply uncomfortable. Hahaha you’ve been warned....actually don’t listen to it but I’m keeping it on the list."

"You Get What You Give" by New Radicals

"I think this song is beautiful and puts a warm feeling in the heart."

"I’ll drive to Mos Def from time to time....in between Logic albums."

"His WHOLE Everybody Album is, in my opinion, a masterpiece."

"Papa’s Got a Brand New Bag" by James Brown

"Try doing anything to this song without dancing around. Literal impossibility ?"