Da Beatfreakz aka “The Godfathers of Production” are staple names within the realm of British Rap that have helped to pave the lane for many aspiring producers looking to enter the game.

Born and raised in Greenwich, South London, the two brothers Obi and Uche Ebele first discovered their love for music through playing an assortment of instruments from a young age whilst attending church with their family. Through sparking their love for music at church, as the pair got older, they decided to have a go at becoming emcee’s – Grime specifically, which to their frustration they found a lack of producers to contact for their music. Stumbling across the music production lab in school, this was the first time Uche manufactured his first-ever beat – and the rest is history! Somewhere in between hustling in the streets and working a variety of jobs, Obi earnt enough money for the pair to open and build their own studio in the local area. Through turning their passion for music into a hobby and now a successful career, little did they know this would be the start of something monumental!

After the unfortunate passing of their cousin, Da Beatfreakz took the courageous jump to try their luck in America and connected with a slew of impressive names including Cool & Dre, Jermaine Dupri and Nelly, who in their own ways, helped to develop the boys’ sound and reputation within the States. Now with enough experience, contacts, and weight to their name, they swiftly returned back to Europe with the aim to conquer all – quite literally! 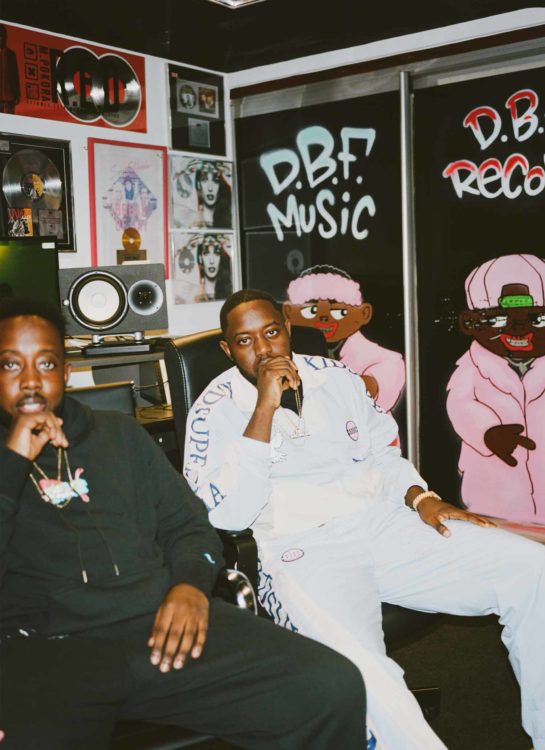 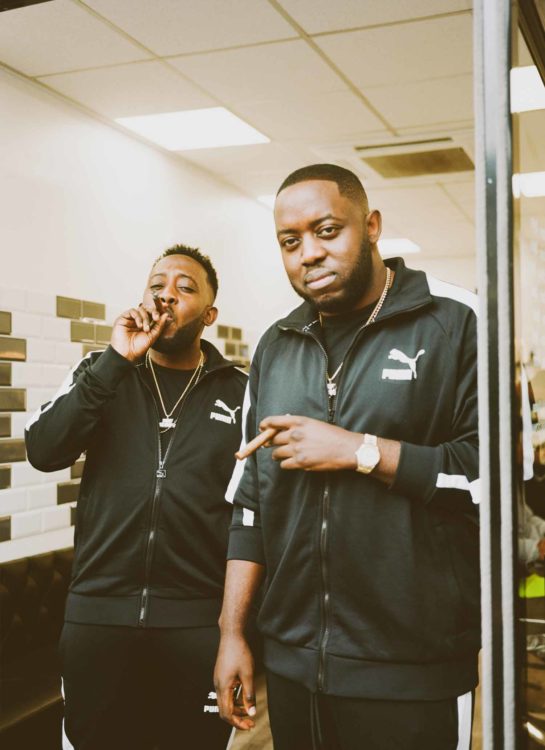 However, it doesn’t stop just there, although they’re primarily known for their refined and chart-topping production skills, both Obi and Uche are quite the businessmen. Carrying a record label, publishing company, management arm, barbershop and soon-to-come clothing line with them, DBF also offer courses for young people through their local youth centres in business management and barbershop trade which will be fully funded by the pair.

Having now accumulated over 150 million streams, with several Top 20 hits and production credits for the likes of Nines, Deno, Fredo, Little Mix, Krept and Konan, D Block Europe and Skepta – just to name a few, Da Beatfreakz are now gearing up for the release of their forthcoming project entitled ‘My Family Business’ which is set to be quite the experience!

We caught up with the Da Beatfreakz to find out with 10Trax helped influence their forthcoming project.

"It’s a sick song with a good meaning behind it. The beat is amazing, the video is amazing. I think that’s why we really like it because it stands apart from everybody else!"

"This song has been out for 9 years now and people still play it to this day because it’s an anthem. I think with me and my brother’s upcoming project ‘Family Business’, we know we are going to have anthems that we feel like you are going be playing from now to 10 years-time because they will stand apart from the rest."

"We just thought it was a banger before it even went viral. Young T and Bugsey came different on this and when you come different, in an area where all the songs sound the same - as long as it’s a banger, it will stand the test of time. It killed every song around it at the time and will be heard for the next 5 years at least."

"When we first did these types of sounds - we aren’t saying that we created these sounds, of course not - but when we did the “Afro-Swing and Hip-Hop Da Beatfreakz type of sound” it changed the genre at the time and a lot of the songs that were similar were charting. So, we feel with this project we have elevated that sound and have added a few things to it, including different types of artists as well. We have a new song coming out that sounds a lot like “Motorola” and it’s going to be a monster, so we are bringing the sound back but making it 2021."

"We like the energy of the song and the fact that in the audio there’s two types of beats. It starts off slow with Future and then goes into the hard beat as seen in the video. When you play these sorts of songs in the club they are going to go off! What me and my brother have learned over time is when you make a beat that bangs, the bass bangs and the drum pattern bang, everything on top of it is a winner because the beat is just perfect."

"I think it was produced by the best producers in the world... Da Beatfreakz *laughs* The things with this is, the beat is just dark and it’s for the streets. People are so used to hearing Drill, especially with these artists and during this time. When people heard this beat and the song it went crazy. It was the biggest selling song on Nines’ project [Crabs In A Bucket] apart from the singles. Like we said before, the beats good, Skrapz came hard and Nines did too. Trust me, you will get these sorts of songs on our project, songs that really touch the core of where we are from, the streets. It’s really going to impact the culture."

"When we dropped “808”, it was kind of on a Drill tempo. But what we added to it; the sonics, the way we add our melodies and the horns - real sounds, not just generated sounds. We feel like we did drill and the radio justice, we created something that can open doors for drill. We put a hook on it, it’s a real song format for drill, not to say drill doesn’t sound like real music."

"This song is a banger, after me and my brother’s song [Energy], this is an undeniable smash hit. They’ve used the right sample, Northside Benji killed the hook! I think it’s real music, I don’t know why they didn’t do a video for it. But that’s what me and my brother aim to make, real music, that everyone will like no matter the genre you prefer or your age group. For example, young people will love this song because they love Nines, but the older generation will like it because they remember the sample."

"They brought two worlds together on this, from afrobeats to US R&B- it was perfect!"

"The beats perfect and Teni is amazing, like we said before, our project is going to be a crossover of sounds and different artists. With afrobeats and some US artists on there, it’s going to be amazing!"