Afrobeat sensation, Fuse ODG shares the 10Trax he has on repeat.

Afrobeat artist Fuse ODG is known for infusing his African culture into music. Capturing the vibrancy of his Ghanaian roots and transforming them into tuneful dance anthems, the artist remains on top of his game. Born in Tooting, South London, Fuse has the dual outlook of many first-generation immigrants and refers to both England and Ghana as his home. The influence of both countries has played an integral role in the development of the artists’ career. Describing his music as a synthesis, the singer said his music is a balance “between [his] western influences and African background”. This can be seen in his music video to hit song “Antenna”, which peaked at number 7 on the UK singles chart. Switching between shots of an overcast England and sunny Ivory Coast, the video shows the differences between Britain’s industrial island and Africa’s affluent continent. Despite the striking differences, Fuse’s understanding of both worlds is an advantage that has helped him navigate both audiences. With songs like “Million Pound Girl (Badder Than Bad)”, “Tina” and “Dangerous Love” Fuse’s fusion of lock-limbed digital rhythms, big hooks, synthetic sheen and catchy lyrics has resulted in a booming career.

We sat down with Fuse to find out the 10Trax he has on repeat!

"I love this track because it has such a good vibe and I’m big fan of DJ Snake. I love the Latin vibe and collaboration in this song. It just makes you want to move."

"Steff’s a good friend of mine and I’m very proud to see how far she’s come. Download this song, it features French Montana. My little sisters like singing to it and I love seeing the joy in their faces when they do... it's funny."

"This to me is a powerful song. I’m a big fan of Dave. He’s from South, Streatham on the Croydon side and that’s where I’m from as well. Big up Dave, I love the message."

"Drogba (Joanna)" by Afro B

"It’s a banger in the afrobeat scene and when it comes on, everybody just sings along and has a great time. Big up Afro B for representing Africa."

“I love this song and how Idris has just killed it. I was actually in Africa with Idris Elba making some music at the ODG Mansion, we had a great time and put down some crazy vibes. I’m sure you guys are going to hear it soon. Steff was in Ghana as well, she came to the school to see what we were doing there. I actually have a song with her on my album – New Africa Nation, ‘All Night Long’.”

“Produced by Diztortion, it’s just a wavy song that makes you want to move when it comes on. Bizzle is someone I really respect in the scene, dancehall mashed with grime. I love seeing his progression as an artist as well.”

“Davido representing afrobeats. This song shuts down the rave when it comes on. Big up Davido man, killing it with the afro-beats and continuing to represent Africa to the fullest.”

"Hold You Down" by Ramz

“Ramz is from Mitcham where I’m from and I love what he’s doing at the moment. I love how he killed this song, it’s catchy, definitely check it out." 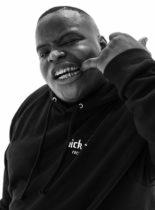 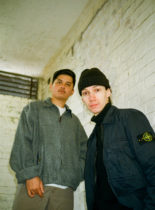 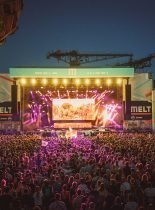