The star of the recent 'It' remake selects his fave bouncy beats in his 10Trax edit.

Late last year, Pennywise returned in a two-part chilling remake of Stephen King’s It, but while Bill Skarsgård was praised for his role as the films antagonist, a young Jack Dylan Grazer was helmed as the shows standout star in his role as Eddie Kaspbrak, a fearsome young boy whose over-bearing mother has left him with a severe dose of exaggerated anxiety and fearfulness. Grazer will reprise his role in the concluding film when it drops next September.

His acting prowess in It also secured him a role in the autobiographic Beautiful Boy alongside Timothee Chalamet and Steve Carell. He’ll also appear in the DC Comics film Shazam, which hits screens next year. In a rare moment away from the set, Grazer offers up 10Trax that he can’t stop listening to, from King Krule to Gus Dapperton. 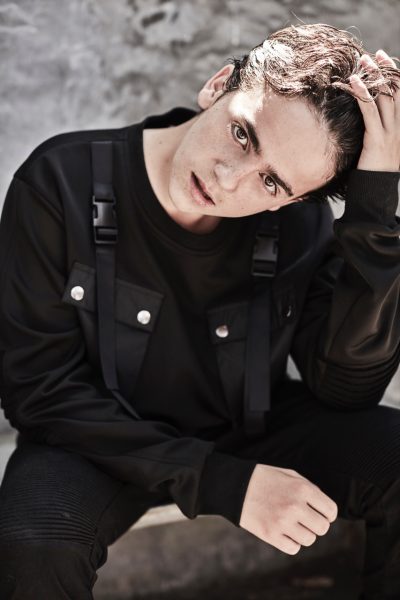 "King Krule is just such an awesome retro band that is sort of a blast from the past with a hint of subtle punk. "

'You Say I'm In Love' by Bane's World

"I love that song by Banes World because it has a mellow yet exciting vibe."

'Amadelle With Love' by Gus Dapperton

"The 3rd song by Gus Dapperton is kind of a funky romantic song which I find to be a really, really unique song."

'Everybody Dies' by Logic

"Everybody Dies" is a fantastic song by Logic. I've been a long time fan of Logic, ever since his album, "Bobby Tarantino" and his album, "The Incredible True Story" is one of my favourite albums ever created and his newest album is the most reminiscent of that album which I absolutely dig.'

'Fade Away' by Logic

"Definitely one of my favorite songs from Logic's Incredible True Story"

"The song "Walk" by Comethazine is just a hype, hard and somewhat sinister beat and I am kind of a fan of him."

'Wild Child' by The Doors

"The Doors are one of my favorite bands ever brought to this world. I like the song, "Wild Child" a ton because it puts me in a mood along with Jim's truly poetic lyrics."

'A Lizard State' by King Krule

"Another song by King Krule which is a sort experimental rock song and the lyrics are just so descriptive and very visual."

'Everything is Fair' by A Tribe Called Quest

"I love old school hip hop and whenever I think of that genre I immediately think of Tribe Called Quest and their album, "Low End Theory.""

"I am a massive fan of jazz and the song, "Take Five" is such a classy, sexy and somehow nostalgic tune to me. I genuinely love it!"