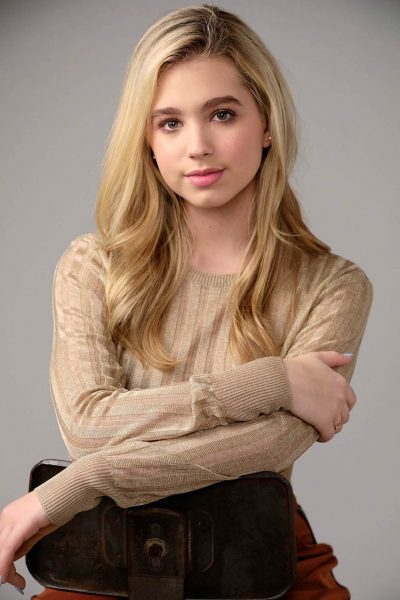 She’s beauty, she’s grace, she’s miss United States! OK, so she might not be a pageant queen, but she totally could be! 15-year-old Lilia Buckingham basically has it all. She’s an actress, author, dancer and has already clocked up some 1.5m Instagram followers… something none of us could even dream of achieving before we’d even reached the legal driving age.

She’s currently starring in Dirt, a web-series by Brat Prouductions which tells the story of an aspiring teen motocross racer.  She’s also starred in MNR Dance Factory where she met and befriended several performers from Lifetime’s hit show “Dance Moms”, including Mackenzie Ziegler. Her next big project is her very own book, which is set to be released next year with Random House. Although she’s keeping tight-lipped about the books subject matter, it’s confirmed that she’s working with Sara Shepard, who rose to fame after penning the buzzed-about Pretty Little Liars series.

Despite her hectic lifestyle and countless projects, we managed to grab a minute with her to discuss her all-time favourite tracks – and it’s not what you’ve expect!

"The Less I Know The Better" by Tame Impala

"I found this song two years ago while I was on a trip, and I listened to it everyday on that vacation. Now it forever reminds me of good memories!"

"A crush at the time introduced me to this artist, and I fell in love with his music. This was the first song I ever heard by Rex, and I listened to it on repeat for weeks!! It always put me in a good mood."

"I have such a vivid memory of listening to this song with the top down of my dads 1960s car and just feeling like I was in a music video or something. My hair was blowing in the wind and all I could see was the palm trees above me. I seriously had never felt cooler in my life."

"Why Do You Feel So Down?" by Declan McKenna

"I found this song at the beginning of last summer and listened to it until the school year began. It always brings me back to care-free days at the beach, and it’s one of those songs that just radiates good vibes."

"Not My Baby" by Alvvays

"This is one of those chill songs that I put on when I need to write or stimulate creativity in my brain. I have no idea why this song does that for me, but it always gets me in that zone."

"Upper West Side" by King Princess

"King Princess is one of my favourite artists, and all of her songs make you feel like you wanna be in love. Her vibe is so dreamy, and if i had to, I would listen to only her music for the rest of my life and would be happy about it."

"Everybody Wants To Rule The World" by Tears for Fears

"This is one of the first songs I remember being obsessed with. My dad always played 80s music, and we’d listen to this song on repeat. It’s one of those classics that never gets old."

"Baby I'm Yours" by Arctic Monkeys

"One of my best friends showed me this song, and we listened to it one night while stargazing. We had so much fun that night, and now this song always reminds me of it! It has a 60s sound to it, and that’s one of the reasons why I love it so much. It’s just a really cool song overall."

"This song is from the Seventies, and it always makes me feel like a badass. Whenever i need to boost my self-confidence or just want to groove to a song, this is my go to."

"This is my all time favourite song. It’s my “blast in the car” and “get ready in the morning" song. It just makes you want to dance around and sing it at the top of your lungs!"