Morray’s fortunes have risen rapidly in these past couple of years. He burst onto the scene in March 2020 with the music video for “Quicksand”, which would later chart on the Billboard Hot 100 in October in its full release as his debut single.

He’s been co-signed by J. Cole, with whom he later collaborated, and DaBaby, fellow natives of North Carolina. Morray has parlayed that success into a nonstop drive of releasing music, which culminated in the release of his hit mixtape ‘Street Sermons‘ in April, which cracked the Billboard top 50. In September, he began a prestigious run in support of J. Cole on his autumn tour alongside 21Savage.

To celebrate a massive 2021 for Morray, we asked him to pick the 10Trax he had on repeat, ranging from 2Pac to Musiq Soulchild and more. Dive in!

"This is my favourite song. I always liked it but listening to it now it resonates so much more."

"I love neo soul music, especially this song it really puts in the mood for that one on one time wit ya significant other."

"This song made me feel like you can sing and be gangsta, you don’t gotta choose between your self and true self."

"Toast To That" by Jadakiss (feat. Fred The Godson)

"It was so smooth and it was when I first started drinking and it was my get smack song."

"Armed and Dangerous" by Pop Smoke

“It’s just a crazy track to put on while you riding. Blast that shit to the max and stare at someone out the window."

"So Fresh, So Clean" by Outkast

"That was my "get up for school and put that shit on” song. The smooth bounce and the chorus went crazy."

"Had to have me a crazy West Coast bop to grow up with, I love this song till this day."

"This song gave me a chance to go on tour and meet one of my idols, so it will for ever be my favourite."

“No cap this song will always be my baby. My first break out record, it will have a place in my heart forever." 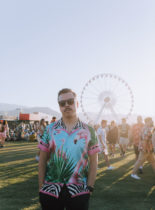 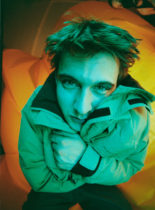 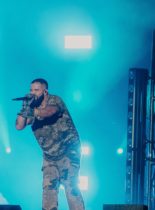