Creating sincere indie rock with unabashed pop sensibilities, Ships Have Sailed are carving their own lane in a musical landscape. Founded by Will Carpenter, who then permanently recruited drummer Art Andranikyan, the band makes uplifting and buoyant music for everyone to enjoy. An ardent work ethic has seen them release countless albums, EPs and singles that evoke the inherent feeling of wanting to be heard.

Carpenter describes the band’s moniker as a optimistic play on the renowned idiom “that ship has sailed”, revamping its meaning to reflect positively on the unexpected outcomes of unforeseen circumstances. The artist frequently draws on these personal, challenging experiences to take an introspective stance on his own music. This has seen them effortlessly foray into niche moments of indie balladry and pop sophistication, whilst continuing to think innovatively about what’s to come.

Their new album, titled ‘Ages’, uses optimism to reflect on and resist the testing times everyone currently faces. It pivots between undeniable anthems, funk-infused dance pop and more acoustic, atmospheric numbers. The album is dedicated to Carpenter’s mother-in-law, Rita, who succumbed to cancer whilst ‘Ages’ was being recorded. On the LP, he says “Lyrically and sonically, ‘Ages’ represents a life arc. It’s about how we change over time and are shaped by particular journeys and experiences because while I was shaping this album, my life was also shaping me”.

To mark its release, we sat down with Will from Ships Have Sailed to discuss their new album, staying independent and more. Dive in! 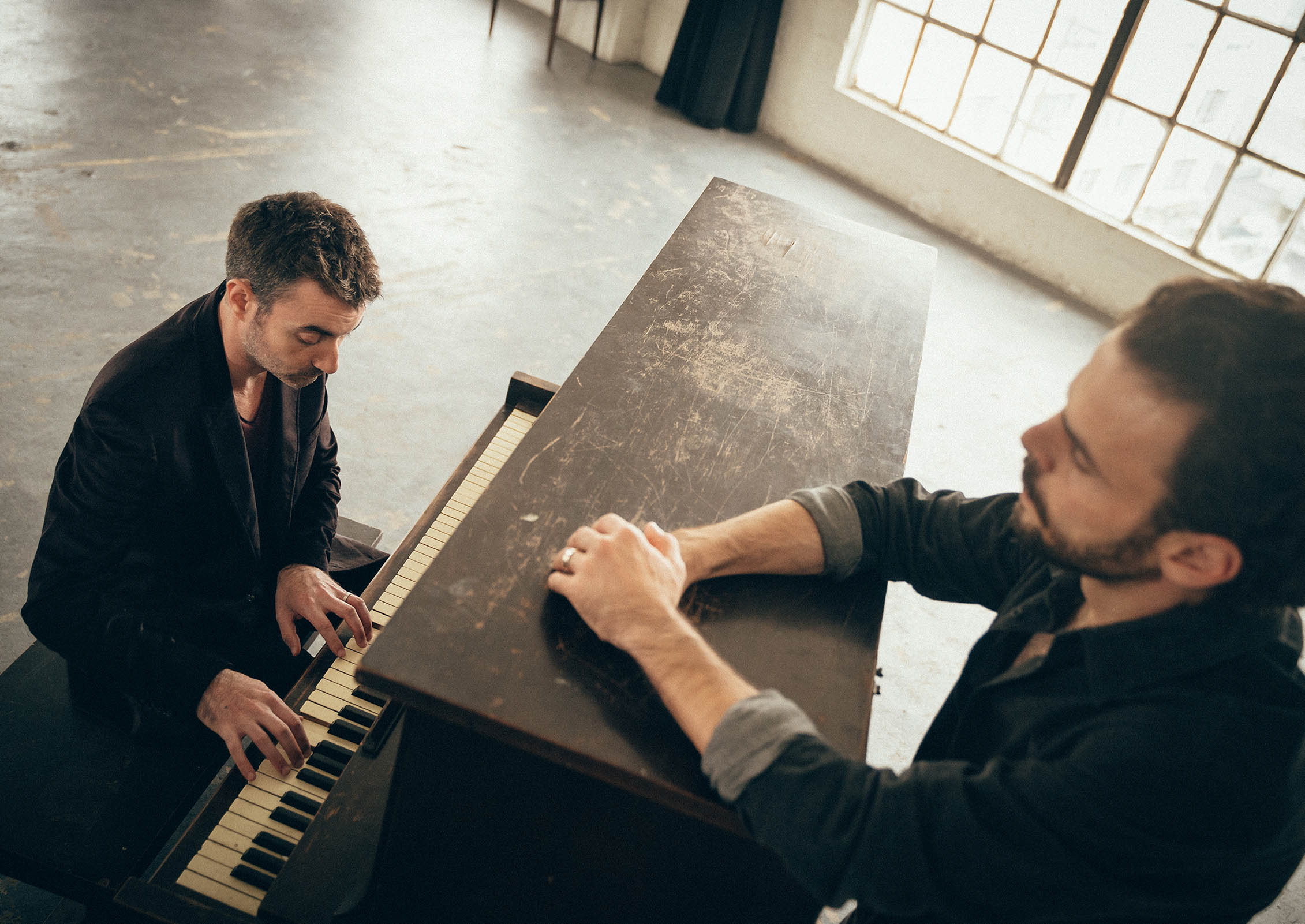 Let’s start with who Ships Have Sailed are. When and how did you get together?

At the very beginning, the project was just a collection of songs that didn’t have a home, but that I felt a deep connection to. I was in another band at the time with a very specific genre blend and so initially the songs were put on the back burner – then my other project started showing cracks in its foundation that started getting more and more irreparable, and I started focusing more on the songs, kind of as a therapeutic exercise. Long story short, Ships Have Sailed (even the name itself) was born from the eventually dissolution of that other band – I spent some time at first working with different musicians until the lineup solidified and currently we are a duo consisting of myself and my good friend (and incredible drummer) Art Andraniky.

How would you explain the musical identity of the band?

In an ‘elevator’ situation, I say it’s Indie Rock with a ‘Pop-timistic’ twist. Really though, it’s music from my own journey, from my own heart. It’s a project I try to keep as pure and truthful as possible. As a human, I’ve experienced a lot – I grew up in poverty, my dad abandoned us very early, I’ve been homeless. I’ve seen the lows, and I’ve found ways to pull myself up time and time again – human resilience is a fascination of mine and something I’ve had a lot of experience with, and so all of that weaves itself into the music.

I’m aware that a lot of the material you have created has been produced by yourself in your home studio- how have you found this process when making new music?

I haven’t always been the greatest producer, but I’ve found over the years that the best way to make sure you can realize your vision is to be able to execute it yourself, so I’ve been very focused on honing that craft. With that said, I still love to work with collaborators (co-writers and co-producers) – outside energy can bring a lot to the creative table. I will say that I feel lucky to be able to produce at such a high level without leaving my house. I didn’t anticipate this, but it turned out to be a life saver during the pandemic, which proved to be very fruitful creatively as much as it was challenging in a multitude of other ways.

Honestly, as with most things, it’s a double-edged sword. There are certainly doors that are harder to pry open as an indie artist, and there have been many times when I’ve wished for easy access to various areas of the industry that a label can really help with, but there’s also a sense of being in control of your own destiny and the destiny of Ships Have Sailed. I think when partnering with a label you generally have to give up a bit of that control and, while I’m not opposed to considering the right partnership in the future (whatever that may bring) I believe we’ve done well operating independently to this point.

I recently read that after sharing your album ‘Ages’ on Spotify, it was taken down due to ‘suspicious streams’ . What exactly happened there?

Yes, such a frustrating story, and you can find the longer version all over our socials, because I feel it’s an important thing to be talking about. Basically, Spotify has an issue with certain playlist curators ‘boosting’ their numbers by deploying ‘bots’ to stream music from their playlists (which the curators believe makes them more attractive to the labels and artists considering pitching to them). As an artist, you have no control over where your music is added, and apparently our songs were added to a couple of these types of playlists. Spotify is trying to crack down on this, but they’re doing so by removing the music itself. It’s worth noting that their support team also won’t help get your music removed even if you did notice such a placement and bring it to their attention, and they also don’t hold major label artists to the same ‘standard’. It’s frustrating and (in my humble opinion) completely unfair. 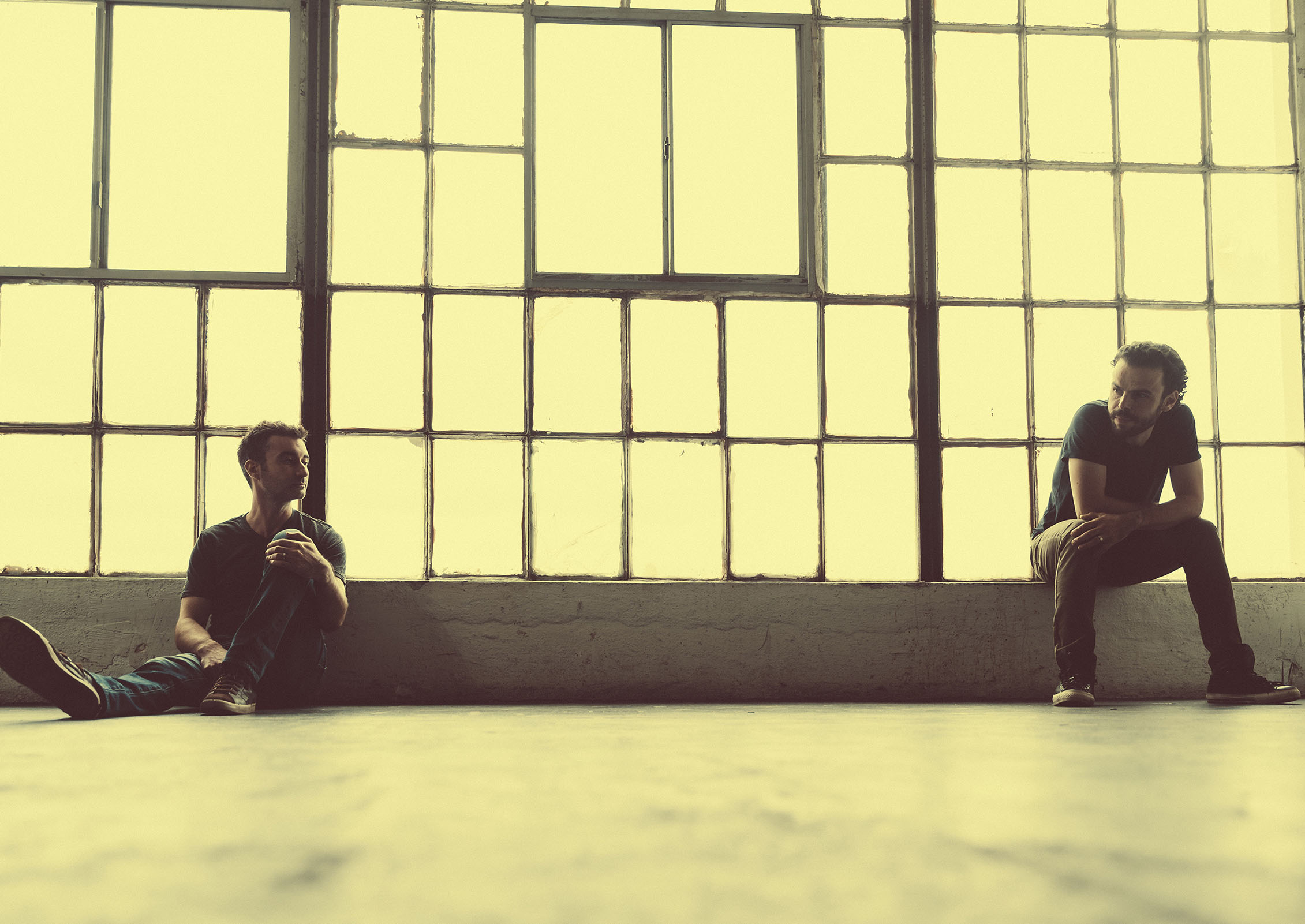 How were you able to win the appeal?

I’d like to think it’s because I presented them with honest evidence that we did nothing wrong and that all the promotional means we do employ on their platform fall squarely within their terms of service – which is all 100% true, by the way. If I’m being completely honest though, I think it’s a combination of the previous sentence as well as a friend from my college days who happens to work at Spotify (in a completely different department) who was able to send a personal appeal to someone within the fraud department. I’m guessing this might have helped them take a closer look at our case.

Since then you have shared a cover of Radiohead’s “Creep”, how has the reception been for this release?

Honestly it’s been amazing, and we’re super grateful for that! It’s a bit nerve wracking to reimagine such an iconic song, so I’ve been really humbled by the fact that, for the most part, people have been incredibly receptive. Several have mentioned that they’ve never quite heard the lyrics the way they did in our version, which is pretty much the most beautiful compliment – I set out to really let the lyric shine through in a way it doesn’t in the original, so I suppose that’s ‘mission accomplished’.

Who are some of your musical influences?

This is such a hard question – they are vast. The classics (The Beatles, Zeppelin, Hendrix, Pink Floyd) of course, then 90s grunge and alt rock, but I also had a lengthy stint as a metalhead, and I’ve always paid attention to what’s happening in Pop as well, so really our influences are all over the map. I’ve been on a big Andrew McMahon kick lately, I love CHVRCHES, HAIM, pretty much everything else that’s going on in the alt-pop space these days. It’s fun to watch genres blend and converge as they have been…it gives us a lot of flexibility as artists when we’re creating to be able to pull influences from everywhere.

Are there any artists in particular you’d love to collaborate with in the future?

I’m a really big fan of Aaron Dessner and Jack Antonoff as producers, I’ve also always loved Linda Perry’s work. As far as artists go, I’d love to co-write with Andrew McMahon, CHVRCHES, Nightly, The National, Lana Del Rey, the list is really endless honestly. I also should mention that I frequently work with other indie artists, and the talents I’ve been lucky enough to work with over the past several years are incredible – keep your eyes out for some upcoming releases from names that you should definitely know first.

And with that said, what would you say is the next step for Ships Have Sailed?

Well I did mention there will be some upcoming releases (co-written and produced) for several other artists, and there’s a lot of music in the works for Ships Have Sailed as well. We haven’t quite wrapped our head around how the songs that are materializing might collect themselves as singles, EPs, perhaps an album, but I can say with some certainty that there will be new music from us in the new year, perhaps even before.

Stream the new project from Ships Have Sailed below:

‘Ages’ by Ships Have Sailed 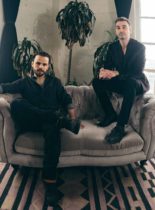 Ships Have Sailed have dropped their rousing new album, 'Ages'.